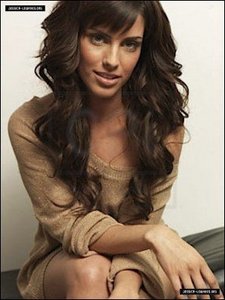 • (On her character’s appearance on 90210) She’s heavily into drugs right now, and because of that, she needs her hair perfect. Like, 1940’s housewife. So that’s how I explain the hair and the grey and the red and all the stuff on my face right now.

• (On fan reactions to her character on 90210) Some girls come up to me and say, ‘I can totally relate to what you go through with your mother on this show.’ It’s really hard, but I’m at least there for them and they can relate to my character and not feel so alone in their situation, and that’s the best thing I can do. It’s kind of fun and amazing because I love that I’m able to affect people.

• (On singing on 90210) I sang one of my own songs, called “Fly Away.” I had to sing it while my character was high (laughs) so it wasn’t a good representation, but it was still very exciting.

• (On working on 90210) We usually get the script the day before. It’s fast paced like that. I had to work my butt off. I got one script and I’m like, “Oh, gosh, okay, I die in this episode, hopefully I come back.” And then I got the series regular contract the day after.

• (On why she needed so much preparation for her role as drug-addict Adrianna) Honestly, like, I don’t even have experience with drugs. I take Tylenol if I have a headache. That’s it.

• (On her 90210 character) Adrianna is constantly searching for that happy ending and it’s nowhere in sight. It’s emotionally draining because my eyes are puffy every day of my life, but it’s so rewarding. When I see the finished product, I’m very proud of it.

• (On what it was like to work with Shannen Doherty) Incredible. I pinched myself in every scene.

• (On what to do for Valentine’s Day) Cheesy is good! Like, I’m a hopeless romantic, so I love it. So guys, I don’t know, if you don’t have the money, cook her dinner. Um, go pick some flowers. I like a guy with a plan. That’s always, like, a girl turn-on, so have a plan and maybe some chocolates and you’re set. It’s all good.

• (On what people shouldn’t do on a date.) Don’t talk on your cell phone during dinner! Just keep it on silent and look at it in the car later.

• (On where she likes to shop) Forever 21 is my favorite store. Their twenty dollar jeans are sexy and they last, too.

• (Telling a fan story) Someone was making me a sandwich at Subway and he started hyperventilating. Then he asked me to sign a wrapper. That was pretty cool.

• (On qualities she likes in a guy) I think humor is very sexy. Honesty, integrity and respect are also very important. 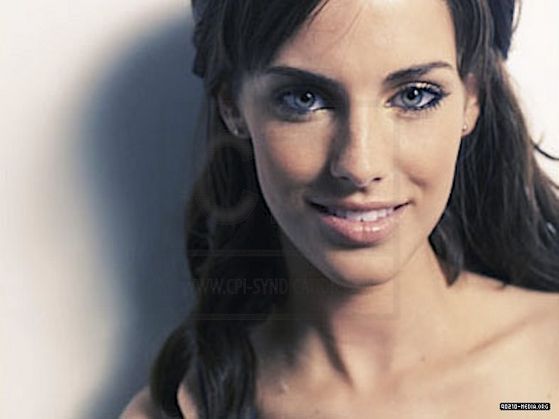 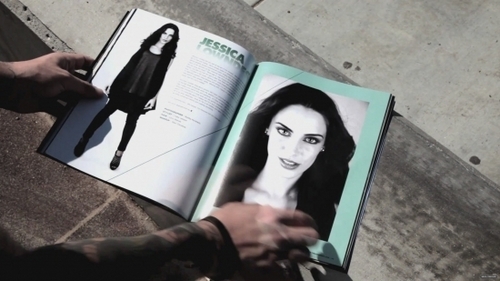 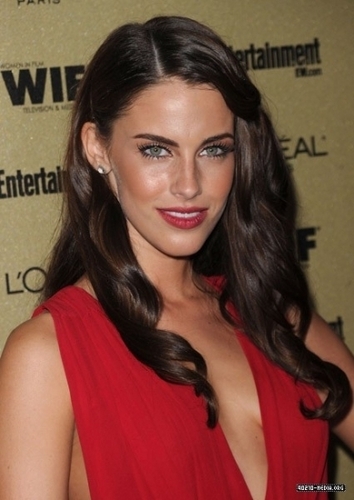 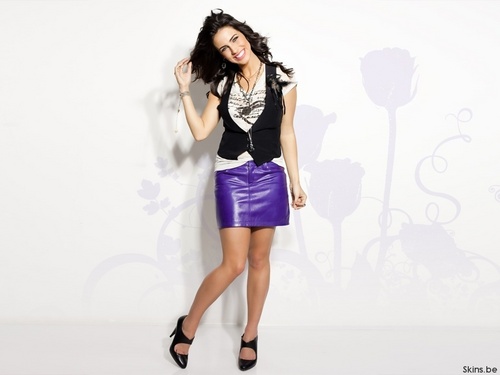 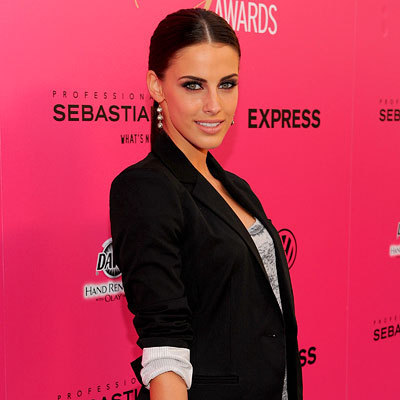 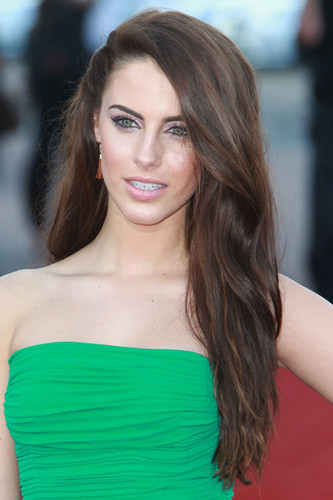 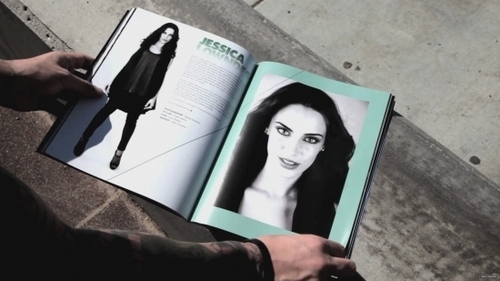 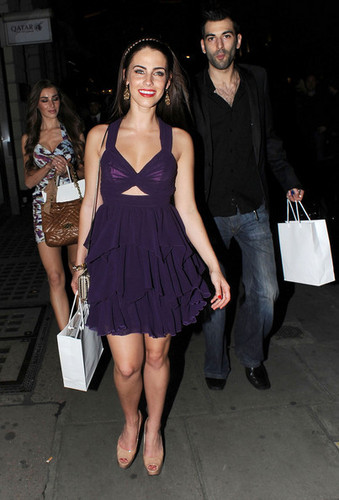 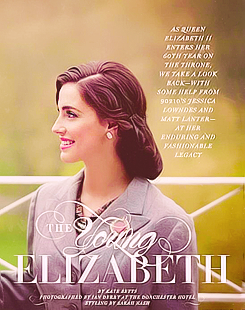 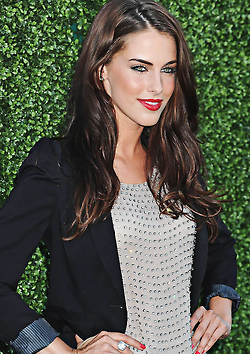 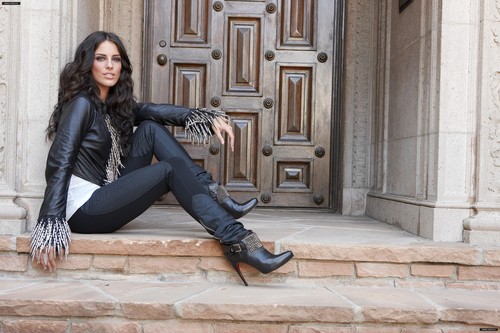 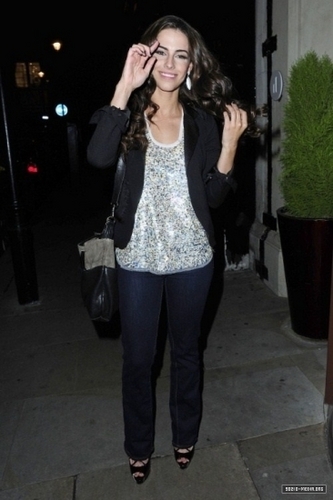 Jessica on her way to Camden
added by Melissa93
Source: 90210-media.org 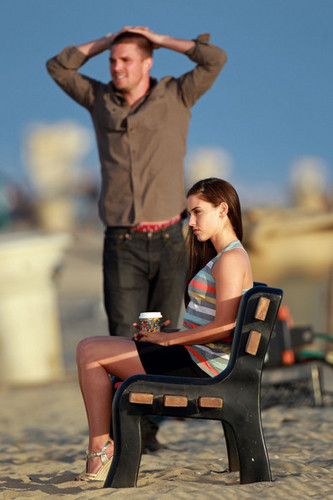 Jessica Lowndes films a romantic beach scene on the set of "90210" in Los Angeles
added by x-Sophie-Jade-x
Source: zimbio 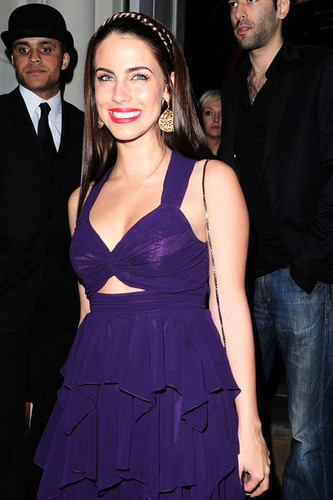 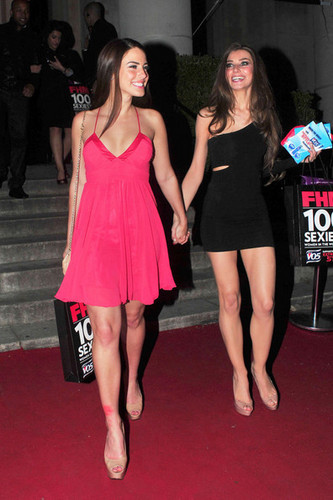 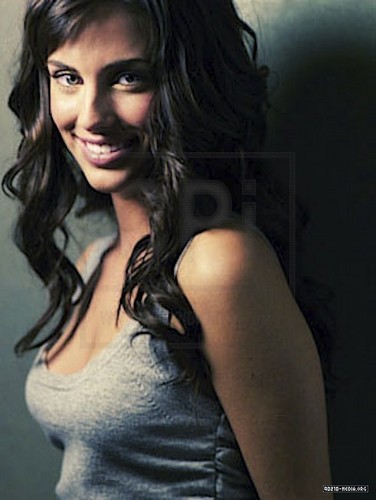