3
Joshua Jackson & Katie Holmes Interview
posted by smile19
PLEASE NOTE:
This is not mine, I got it from paceyandjoey.tumblr.com
I liked it so much, I just had post it!♥

Katie: Well, I just want to, you know, keep them both wanting.
Josh: Exactly. Just keep all them doors open, you know. She doesn’t want to make any choices at this time.
Katie: Yeah. No, we did go on our three month cruise and now it’s…
Josh: Help a brother out. Come on now.
Katie: What? No, we do have to deal with the fact that Dawson is in Capeside and so are we and we do want to make it somewhat comfortable and he is my best friend, so it’s very awkward in the first couple of moments of being back and we’re trying to understand what it means to be a couple. And so I don’t think I like Dawson anymore. I really don’t. Maybe part of me. (she laughs)

Has Dawson lost his shot at Joey?

Katie: Well… she’s pretty in love with Pacey (Josh makes that universal sign for YES! with his fist) and uh, you know they spent three months together on a cruise. (she looks at Josh) Well, not a cruise. A yacht. A little boat all summer. (she laughs)
Josh: Thanks, you know. I worked hard on that boat. I go from cruise, to yacht, to dingy in three easy strokes. You know this little riff raff raft he put together.
Katie: (laughing) Blow up raft. Umm, and so I think she’s in love and she still wants to have her friendship with Dawson. You know, it’s a very tricky thing. How do you kinda keep 18 years of friendship with somebody… (Josh leans over to whisper in her ear)
Josh: (whispering) You’re not 18 years old on the show.
Katie: I mean 17. (she throws her hands down in exasperation) Josh!
Josh: Just putting that out there.
Katie: 17 years of friendship. Fit that in with a new relationship.
Josh: I don’t even you’ve had your birthday yet this year so you’re probably 16…
Katie: No, I’m 17.

Does Katie believe in soulmates?

Katie: Do I believe in soulmates? Uh…
Woman: There’s a followup question just to warn you.
Katie: Okay. Well… Mmm, I don’t know. Because I’m 21. I think I have a lot of…
Josh: Soulmates left to go? (he laughs)
Katie: Well I have a lot of learning left to do. No, I mean, yeah. Sometimes I… Yeah, I guess I do. I think I do. I don’t know, such as naiveity.
Josh: I don’t know.
Woman: Do you think that Dawson and Joey are soulmates?
Katie: Umm, I think Dawson and Joey are two kids who grew up obviously next door to each other and know each other so well that they are probably making… presumption that they are soulmates, but they have a lot of life to live before they actually meet their soulmate. (Josh looks at Katie and moves his hand back and forth between them, indicating him and her/Pacey and Joey - but she doesn’t notice) But I think they have something so sweet and so innocent and so untouchable… such a wonderful bond. That it’s so special in it’s own way, but I don’t necessarily think that they are soulmates. Is that wrong?
Josh: I have no problem with that.
Katie: (laughing) Are the writers going to kill me now?
Josh: We are putting it out to the panel - ‘Is that wrong?!’. No, it seems to be okay.

Has Joey made the right choice?

Katie: Umm…
Josh: Considering for a second that you are going to have to work with me for the rest of the season and I’m sitting here to hear the answer. But don’t let that influence you in any way.
Katie: Yes, I do think she made the right choice, I mean, I thought it was a great development between the two characters last year, because when you first met them, they kinda almost hated each other - they were so harsh…
Josh: (in a cute voice) I never hated you.
Katie:: (smiling) …underneath it all, they were starting to fall in love early on. And then last year Pacey was such a good friend (at this point, Josh has stuck the top part of his hand inside his shirt, like between the button holes and is tapping, like the beat of his heart. Katie takes his hand and pulls it down between them, and they actually hold hands for a second, but his shoe is blocking the camera - cause his foot is resting up on his knee. He eventually lets go after about 5 seconds.) and the one that helped her out with the B&B and all of her artistic endeavors and really believed in her. And I think she was finally honest with her feelings. And I think it’s a good thing.
Josh: And what did those feelings say?
Katie: Go for Pacey.
Josh: Yeah! Good feelings!

Are Joey and Pacey a good match?:

Katie: And, uhh… Pacey and Joey are kinda, uhh, dealing with the fact that they have a relationship back in Capeside and they’re not just in this bubble of love anymore. They kinda have to deal with the fact that…
Josh: I’m still in the bubble of love.
Katie: Yeah, but Dawson’s watching us now.
Josh: I’m in my little love bubble.
Katie: Oh God. (Josh gives this HILARIOUS laugh, Katie giggles) We also have…
Interviewer: You have to deal with this all the time, huh?
Katie: Yes. (to Josh, patting his arm) It’s a pleasure.
Josh: I’m sure. (he laughs) You know, sometimes I feel bad for you having to deal with me. And others, I don’t. Like right now.
Katie: You ever tire of yourself?
Josh: All the time.
Katie: Okay.

Interviewer: Do you guys think that your characters are a good match?

Katie: (Josh nods) I think Joey’s just going through a bad boy phase. (she laughs and looks at Josh)
Interviewer: Obviously he is on the set, my goodness!
Josh: Am I a bad boy?
Katie: Yes.
Josh: That’s okay. No, no, really. I’m willing to take the bad boy thing. I’m going with that. I’m willing to be the bad boy. (he growls like a cat - SEXY!!)
Katie:: No, I mean, I think it’s very realistic. I mean… When you met these characters three years ago… They were kinda destined to fall in love.
Josh: Well, it was the whole snail fetching episode.
Katie: It was!
Josh: When you fetch snails, there’s nothing more romantic than fetching snails…
Katie: You were watching when I took off my shirt…
Josh: I was not. I averted my eyes.
Katie: Anyway…

I love this interview because it shows how both of them are Joey/Pacey pro! Especially Josh :D
Clau2009btr, LoveSterlingB and 1 other like this
Nevermind5555 Thanks for sending all the links girl:) Pacey & Joey are definitely one of my favorite couples. They made Dawson's Creek even more special with this relationship. Since the beginning I just knew they got to be together, and that Pace is the man she really needs. Of course one of the reasons they were so amazing on-screen is the fact they had a thing in real life, so the chemistry was already there since the very beginning:) Wish Katie & Joshua end up together, but at least they still are very good friends, and talk so warm about each other:) 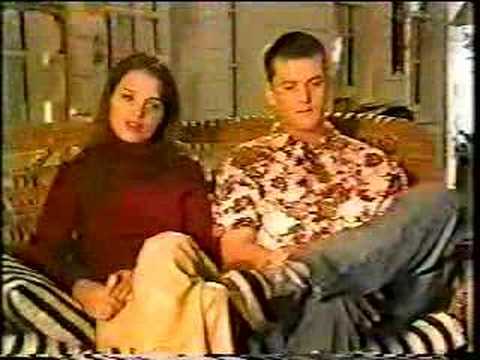 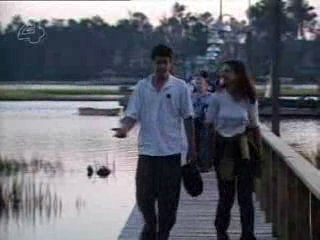 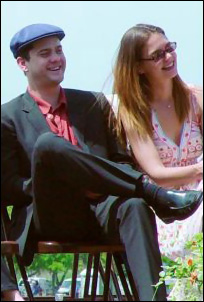 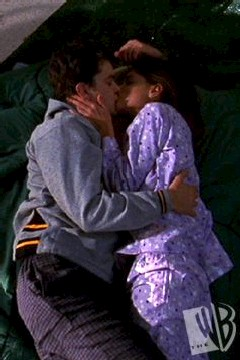 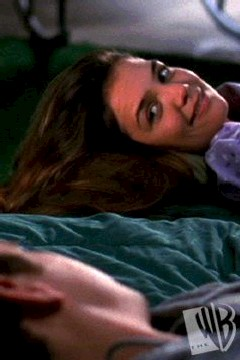 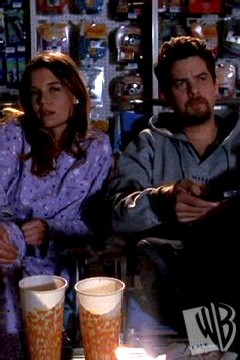 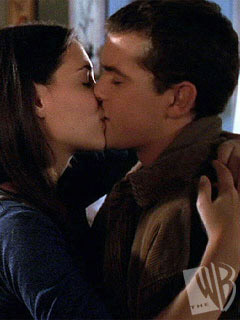 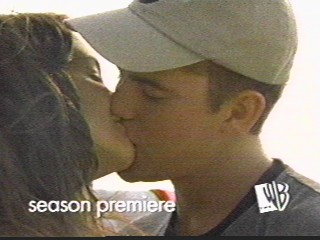 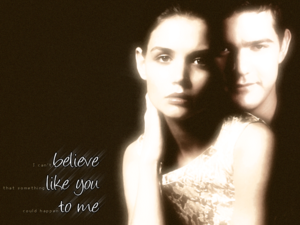 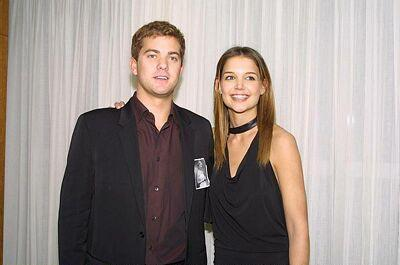 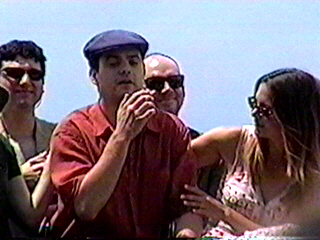 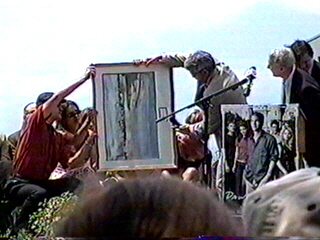 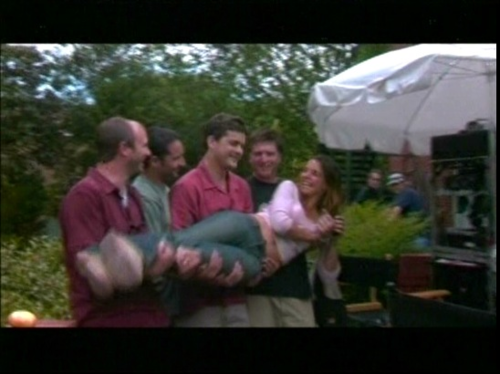 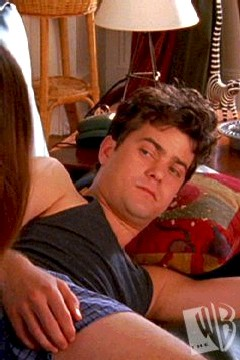 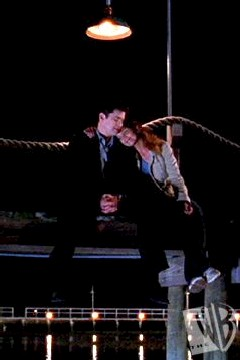