I walked slowly to Jasper, thinking about what he had said, processing each word. When I got to his side I wrapped my arms around him, holding him as tightly as I could. I turned my head to the right and saw what I'm guessing Tallulah had seen originally, the Volturi rushing our meeting room, and heard the fight and screams that came along with it. I tried squeezing my eyes shut, to forget what I had just seen, but I knew that I had to look the other direction. I looked to the left and saw my family, along with Tallulah running, going from place to place..always fighting, always afraid of what was going to happen, but we were all healthy and together.

"I guess the choice is clear." He said, his voice raspy.

"We are at a crossroads, we have only a minute to make a decision. We either stay here and fight for our lives, which will end badly..or we run. We listen to Tallulah and run, keep running for time."

"There is no choice." Esme said sadly, as she looked around the room at each of her 'children.'

So..here's the quick version of what has happened in the last two months. It all started when Bella was taken from her own bedroom, it was obvious that one of our kind had taken her and after a few cryptic messages we found out that Gabriel (an old aquantiance of Edwards) had taken her. He was taking his orders from someone but it took us a while to realize that the Volturi were behind the entire thing. We all united as a family and did everything in our power to get her back, which we did after a cross country adventure that taught us all many things.

After we got Bella back Gabriel showed up at the hospital and brought one of the most infamous Volturi Jane with him. They demanded that we give Bella back, but then realized that they could take one of us instead..and they took Edward. Now don't think that we just let them take Edward, Jasper and I fought back the best we could..but they out numbered us, and Jane as always was more then willing to use her power against us leaving Jasper and I screaming in unimaginable pain as they took Edward.

We talked Bella into staying in town with her Father, Esme and Carlisle both staying home to keep an eye on Bella since we didn't know if the Volturi was going to try for her again. The four of us, Jasper, Alice, Rosalie and I set off following the clues left behind as we tried to find Edward and return him to the family and to Bella.

We managed to track him all the way back to Italy where the Volturi had him deep in the underground where they ruled all vampire kind with an iron hand. We all met in Italy and much to our surprise Bella showed up with Esme and Carlisle saying something about how Edward had risked everything for her so she felt she should do the same for him. We managed to arrange a meeting with the Volturi and found that Edward was being held here, that they needed to discuss everything though before they let us go on our way.

They placed all of us into a conference room where we found out the truth about everything..the Volturi felt threatened by our family, and that they were thinking about killing us all..well all of us but Edward and Alice who they felt could be useful. We were all surprised when there was a quiet knock at the door, and when we opened the door there was a tiny, female vampire who said that she was the 'only hope' our family had if they were to survive.

I guess her name was Tallulah, and for what I understand she has a gift much like Alice's. She can see what will happen, she saw that the Volturi wasn't going to give us a chance, they were just going to kill us all and forget that the Cullens ever existed..but she felt bad. She didn't understand why they felt this way about us, she had seen that she would leave with us and possibly become a member of our family.

It all seemed a little too set up to me, but everyone agreed with her, even Edward who must have heard something when he was 'listening' to her thoughts. Tallulah said that there wasn't much time, that if we all wanted to survive we had to leave now since the Volturi had made a decision and were on their way here to kill us all.
greengoddess3, elmi and 2 others like this
just_bella Ok..it's more a recap then a new one but we all had to get caught up before I can continue. Hope you are all still here and still enjoy the stories. Thank you all for the support, you're all amazing and I will try and write tomorrow :) Thank you again!
mcs50 Cool! Welcome back!
mommy6197 Sweet!!!! Great job can't wait to read more and Also Marry Christmas and Happy New Year to everyone.......Keep up the good work.....
Swhit2 Yay!!! You know how much I loved Taken!! (: Check out Crescent Moon. It could use some more fans :/ haha. Wow, in teh time since i've been gone you've kinda become a Fanpop celebrity! ;)
rose_emmett im loving it :)
8
Alice's New Moon Chapter 13
posted by just_bella
End of Chapter 12

"NO ONE CALLS EDWARD! I mean it! Let me find out what's going on, then we can figure out what to do." I said as I zipped the luggage closed....
continue reading... 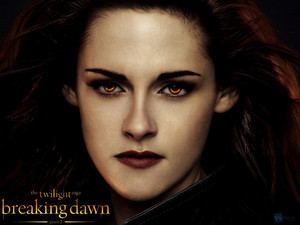 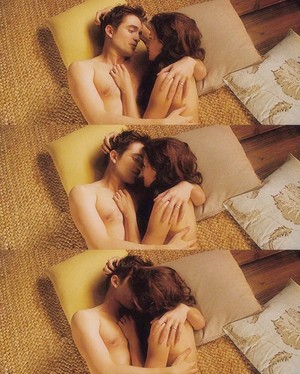 "You want to go left here, and move fast if possible..they have a patrol that walked this hall often. Go Now." Tallulah said, and in that one moment I knew that she wasn't trying to trick us..that she wanted us all to get out safe.

I looked over at Carlisle who nodded slightly as he stepped out into the hallway, moving carefully but trusting Tallulah. He quickly looked around the corner, his head coming back quickly as he nodded, all of us fallowing him around the corner and through another tunnel on the left.

We ran in silence, the only sound that of Tallulah...
continue reading... 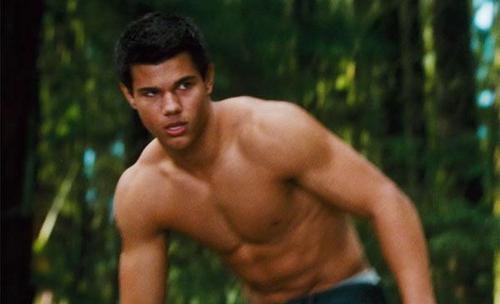 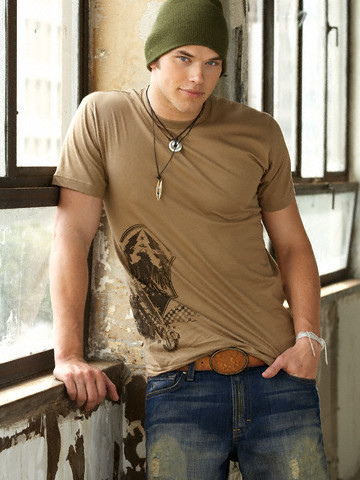 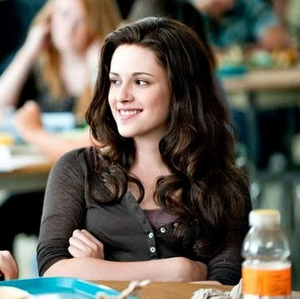 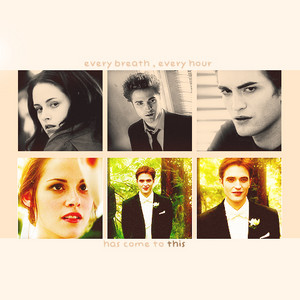 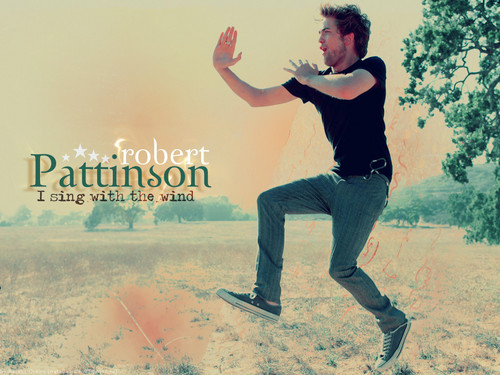 3
More pay back
added by Brysis 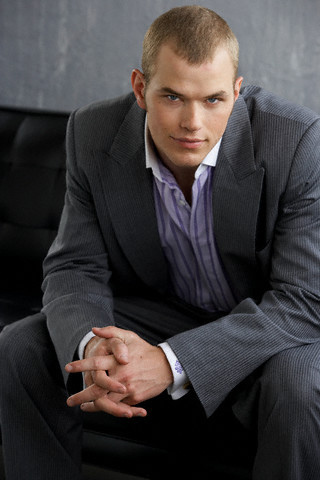 2
HOT!!!
added by just_bella
15
Jasper: Chapter 37
posted by just_bella
Hmmmmmmm well where does this story go now? I am honestly not sure, so let's find out together!!
j_b

"WOO HOO!!" Emmett teased as he walked in and saw some of the...more private pieces of clothing. I turned and glared at him, loosing any anger I had when he winked at me and raised his eyebrows.

"Very appropriate." Rosalie said as she smacked him in the arm.

"It's ok Emmett." Alice said as she smiled.

"Did you get anything other then clothes?" I asked as she stuffed her clothes back in the bag.

"Yes, I....we got a dresser, a couch, and a bed. They...
continue reading...
19
Emmett Story Part 44
posted by just_bella
Hey all!! Just wanted to say that I think I'm going to just write Jasper and Emmett tonight. I will post the Alice's tomorrow...lol...ok for those of you who know me you know I'll probably do more then just those two!! We'll see...anyway...here's the next Emmett!!
Thanks and luv you all!!
j_b

"Let's go hunt." Edward said as he jumped up and offered me his hand. As I took it I grabbed a handful of snow and when he helped me up I stuffed the snow down the back of his shirt.

He wiggled and screamed as the snow slid down his skin, true that it wasn't much colder then we were but it was...
continue reading...
19
Emmett Story Part 38
posted by just_bella
Thanks to everyone..it seems that this story has quickly become a favorite. That's awesome!! Thank you again!!
luv
j_b

I turned and began looking for some of the clothes that Esme and Rose had bought for me. I found a pair of pants, shirt, jacket and under clothes set out on the dresser. I turned to smile at her as I pulled the clothes on.

She stood up, letting the sheet drop to the floor. She grinned, knowing that she was making this very difficult for me. I smiled at her as she walked into the closet and began pulling clothes on.

"Emmett love, will you hand me the steamer trunk?"...
continue reading...
11
Alice's New Moon Chapter 33
posted by just_bella
This is the last one for tonight, I'll write more tomorrow. THANK YOU EVERYONE!!

I heard Bella say something very quietly, but never heard Edward respond. I knew that they were directly behind me, meaning that the two guards were at the end. Not the way I would have planned things, but for now we had to accept the choices that were made for us...and watch for the ones we could decide for ourselves.

"Well, Alice. I suppose I shouldn't be surprised to see you here." Edward said, trying to comfort Bella.

"It was my mistake, I figured it was my job to set it right." I replied.

"I'm here to help your first few days easier...if that's possible. I was told that you have a sister?" She asked.

"Yes, her name is Cynthia and she's 6. We're eachothers world, I don't know how I will be able to be here without her." I said as I started to cry again.

I'm sorry, I can't continue this is too hard to write. I have to go inside now, the dinner bell is ringing and Nancy will be mad if I am late. I will write more tomorrow when I have time alone again."

That's all that was written, aparently someone was trying to make this transition easier on me. I thought that...
continue reading... 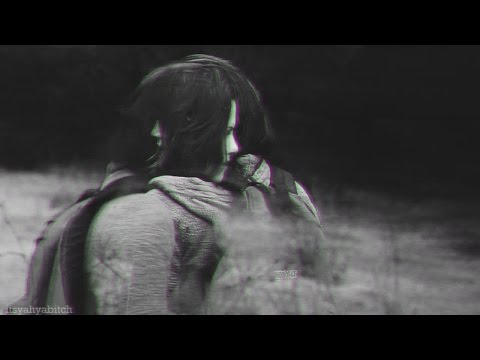 "Yes love, I am your aunt...and will be your guide through the darkness to come." She said as she moved to sit next to me on the floor.

"What is coming?" I whispered.

"Well it could be many things, that will be your choice." Elise said.

"No you will not be alone, you have many teachers. Luna will be your guide, your aunts will show you the world of nymphs, Maxine will teach you of the animal lore and Michael." Dale said as he turned and looked at Michael. "Michael will be your confidant and travel companion."