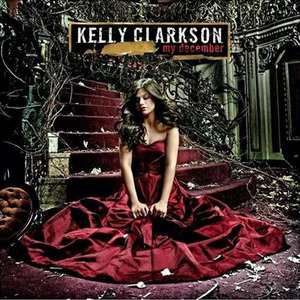 KELLY IN CONTROL
As she readies for the release of "My December," her third, very personal CD, Kelly Clarkson invites EW over for an advance listen and opens up about her struggle to be taken seriously as a songwriter.

The welcome mat at her front door should have been the tip-off. As you enter Kelly Clarkson's Spanish-style villa two miles into the hills above L.A.'s Hollywood Boulevard, the first thing you notice — after the hot pink Ford Mustang convertible in the driveway — is the dark brown, rough-fiber doormat that greets guests with one word: LEAVE.

Actually, Clarkson is a gracious host. Wearing a body-hugging Aerosmith tee and capri cargo pants, she immediately offers a bottle of Smartwater and a tour of her impressive digs (think leather sofas, red-felt pool table, PlayStation). ''This is just where I crash when I'm here,'' the Texas resident says modestly. Then, in her double-height living room, she sets up an iPod docking station to preview her forthcoming album, My December (due June 26). While unboxing a giant photo collage of herself at this year's Daytona 500 — sending Styrofoam peanuts flying — she provides cheery intros to the tracks. But after she sets up a hard-charging rocker called ''Hole'' (''This one's one of my favorites''), the sunniness disappears.

Whoa. What happened to the original American Idol whose favorite catchphrases were 'Score!' 'Sweet!' and 'Cool beans!'? For starters, she's had a rough go of it since releasing her last CD, 2004's massively successful Breakaway, and she's turned her experiences into songs; she wrote or co-wrote every track on My December. ''The whole album is a story of the past two years, all the highs and lows,'' Clarkson explains. (Okay... Mostly the lows.) ''It deals with so many situations, whether it's family, friends, relationships, or myself.'' The first single is the glacial, Alanis-esque ''Never Again'' (opening lyric: ''I hope the ring you gave to her turns her finger green''). ''That situation made me feel like, What's wrong with me that I would even let someone like you in my life?'' she says. The autobiographical kiss-off to an ex rocketed to No. 8 on the Billboard Hot 100 in its very first week.

It's as promising a start as any artist could want for a new project. But when the artist is Kelly Clarkson, the stakes are unbelievably high. ''She's up there now in the top five most important recording artists in the world, literally,'' says American Idol judge Simon Cowell. That's no exaggeration: Breakaway sold 10 million copies, earning Clarkson two Grammy awards and crowning her the queen of pop radio.

So when Clarkson decided not to reunite with any of the producers who helped craft that record's five ultra-catchy top 20 singles, insiders say that BMG Label Group's chairman, 40-year music veteran Clive Davis, sat on My December for four months, hoping she'd change her mind. She wouldn't.

'In a time when record labels are under increased economic pressures' — industry album sales are down 17 percent for '07 — 'they get nervous when a big-selling artist like Kelly wants to take risks and evolve,' says Clarkson's manager, Jeff Kwatinetz, whose roster also includes Snoop Dogg, Mandy Moore, and Chris Cornell. 'The pressure they put on this young woman to compromise herself and do another version of the same record, I've never witnessed in my career.'

Davis wouldn't be interviewed for this story but said in an e-mail to EW: 'We are setting up extensive plans to support Kelly's album in a major way, befitting her status as one of the world's best-selling artists. We fully expect that Kelly will have a long-term, powerful career for many years to come.'

For all the controversy, the 14-song collection isn't such a departure from the hits that made Clarkson a star as to make you wonder What was she thinking?! Clearly, she's learned how to write catchy hooks while working with the likes of Max Martin and Dr. Luke (the masterminds behind 'Since U Been Gone'). And her voice is as strong as ever, whether the song calls for Pat Benatar-defiant ('One Minute') or Sarah McLachlan-sensitive ('Sober').

After the music ends, Clarkson begins to talk — really talk — about her fight for My December, her upcoming 36-city summer tour, and more.

Why did you want to make such a personal album right now?
All of my favorite records — [Alanis Morissette's] Jagged Little Pill, any U2 record, [No Doubt's] Tragic Kingdom — I love how it's like a story from beginning to finish. Especially Jagged Little Pill. The last song on [My December], 'Irvine,' it literally was the lowest point I've had in my life. I wrote it after my Irvine [California] show on my last tour. I was just so burned-out. I was really struggling at getting somebody out of my life and finding people that really cared. The whole song is a prayer. I wrote it in the bathroom of the venue after the show. I had to cancel my meet-and-greet; it's the only meet-and-greet I've ever canceled. I couldn't smile. It was just a really, really bad night.

You use your upper register in so many of your songs. Is it hard to sing them on tour night after night?
It's hard when you have to stay up there the whole song. 'Breakaway' is really challenging. 'Never Again' — now that's gonna be fun.

You look pretty normal to me right now, but people often comment on your weight. [After her performance on the Idol Gives Back charity show last month, one message boarder dubbed her 'Mama Cass.'] Does that bother you?
You're just like, Oh, well, that sucks. But at the end of the day, it doesn't suck that much or else I'd do something about it. I work out when I want to work out; I don't work out when I don't want to work out. After a long day and I'm tired, yeah, a cookie helps. It makes me feel good. It's soul food! There's a reason why it's called that. I drop, like, 15 pounds when I'm on tour.

It's pretty well-known that some of the powers that be at the label are nervous about the new record.
Everybody wants to come out with the same thing and put beats on it. That's not where I am right now.

We met you on American Idol as a singer who performed other people's songs. So a lot of people don't realize you've already co-written hits like 'Walk Away' and 'Behind These Hazel Eyes.'
Everybody doesn't like me writing all the time, no matter how many No. 1's you write. It's clearly like yelling at a brick wall. I won an [ASCAP] award recently for best song of the year [for 'Because of You']. People just refuse to even look at statistics. I mean, is there something higher than No. 1 now? Have they gone to, like, the negatives? People can't fathom that someone who is vocally talented could have some kind of writing ability.

Why exactly are they so resistant to you writing?
It's because I'm a woman — because I'm a young woman. I literally heard someone say it [during a conference call]. They didn't know I was on the phone. Like, really? We're living in what century? I hung up. I was like, I can't even address that. 'Cause that was the most ignorant thing I've ever heard.

For months after you delivered this record there was no word as to when, or whether, it was coming out. Did you have any contact with Clive Davis?
I found out he was in L.A. I called him and was like, 'Why are we talking through people, dude? Let's just meet.' He was like, 'I agree.' So I went to his bungalow where he stays here and we had a nice talk for a couple hours. I was like, 'You don't like the music; that's cool. You don't have to love it.' There's no hard feelings. And that's why I don't like [our differences] to get out in public. I don't want to be the Joan of Arc of the music industry.

But he didn't toss your work in the trash, right?
Hell, he still could. That's the beauty of my life.

Are you worried about how your fans will respond to the darker material?
That was one of the label's things; they were like, 'It's just too negative.' I'm like, 'Well, I'm sorry I've inconvenienced you with my life.' No, it doesn't say, 'I'm happy, I'm with a boy and having so much fun.' But it's reality. I know it's not going to do what Breakaway did, 'cause it's not as mainstream. I get that. Some of the songs are not what 10-year-olds are probably going to listen to. But we all go through situations for certain reasons, and I think we should share that. This record is more intense, it's more raw, it's more emotional. But it's not that different. It's not Metallica. Even if it does tank — who cares? It's one album! Out of a whole career of albums I'm going to have, you're worried about one? I'm not worried about it! And I'm obviously not going to want to put out s---. I obviously don't want to fail. I'm not an idiot. Like Nebraska from Bruce Springsteen — that's one of my favorite records, and it's not the most well-known. But it's an artist's record.

When you sit and think about it, are all the struggles you've been through with this record worth it?
My whole mantra is 'It doesn't matter how big I get, there's always the smell of cow s---.' Because on my first tour, we played all these rodeos, and there literally was cow s--- everywhere. But maybe God puts the cow s--- there to drive me. Maybe it's there to push me. 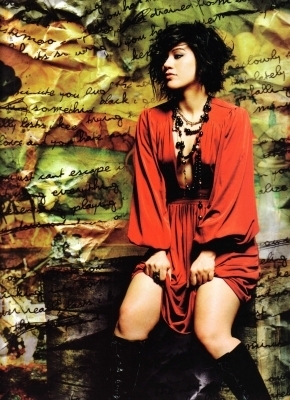 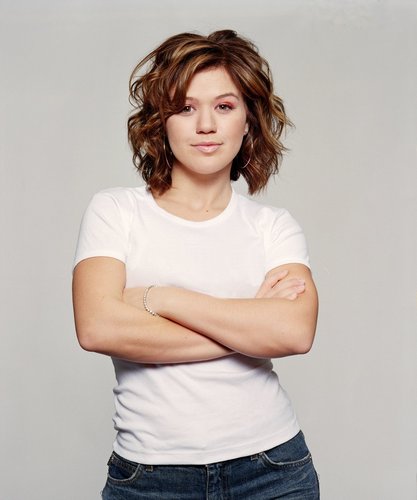 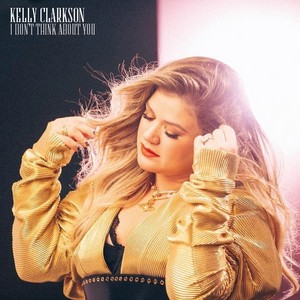 1
I Don t Think About You
added by LeaHeartBroken 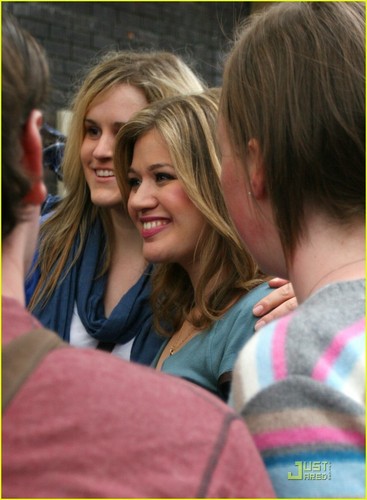 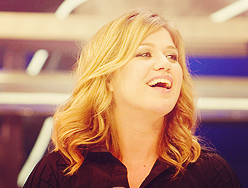 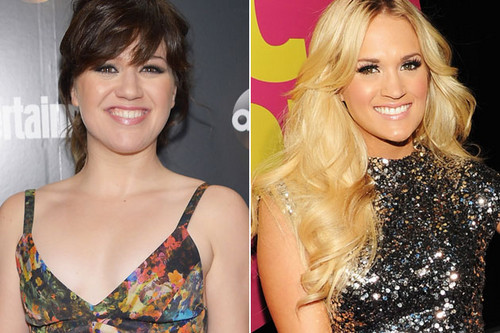 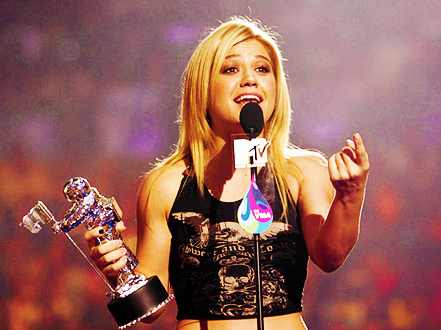