4
why Kenny is great
posted by dotastelpa123
Kenny was a very bland caracter when South park first started. He was a boy that nobody could understand and died a lot, that's it. Even though the idea was clever and exremely funny to have this kid die constantly it got kinda boring. Than the geniouses called Matt and Trey came to the rescue and killed Kenny off for one season, he needed a break from dying:). After that he didn't die nearly as much and developed further as a caracterand stopped being a "prop" like earlier. This is what his caracter is like now: He comes from a poor family and is often teased by Cartman becouse of it. He is generally lighthearted and easy to entertain. He knows the most about sex and things like that of the boys in the group. He has an addictive personality and was dangerously addicted to cheesing(cat spray) at one point. He has blonde messy hair wich is usually hidden under his parka that makes his infamous muffled speech. His constant dying has been explained fairly well in the show. Before his was born(maybe inside his mother's womb) his parents went to a cult for free beer, wich may explain this: everytime Kenny dies his mother instantly gives birth to a new baby that grows into the same age as Kenny when he died, the baby possesses all of his memories and is basically the same person that died earlier. Kenny is fully aware of his disability to die and looks at it as a curse. In one episode he tries to tell his friends about this but they seem to instantly forget about him dying so they don't belive him. Kenny is very brave since he has no risk of dying. Some of his deaths are very heroic and selfless(two good examples of this are his death in the episode "jewbilee" and his second death in "south park:bigger, longer and uncut").
So why is Kenny so awesome? Becouse he is fucking immortal! How cool is that?
Other than that he has an interesting personality if you look hard enough for it :)
Chibi-Chipette, Cybrawler253 and 2 others like this
Sarah-L Kenny! x
Robertdan Epic 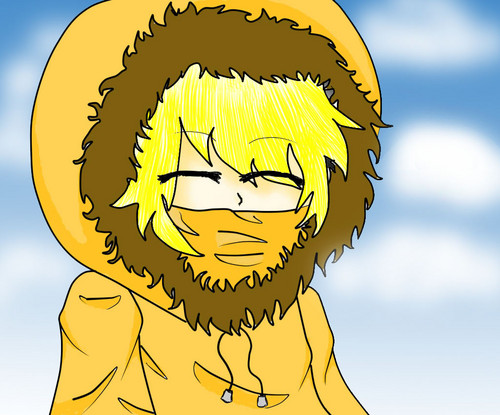 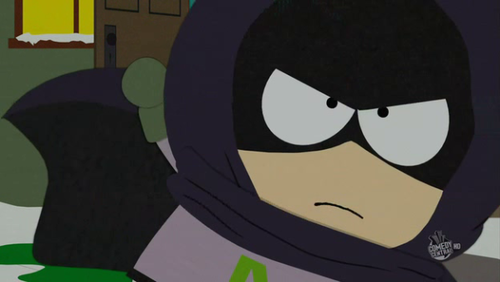 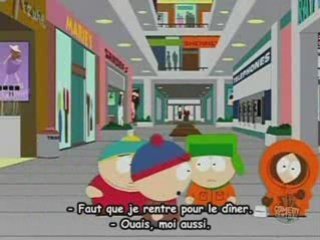 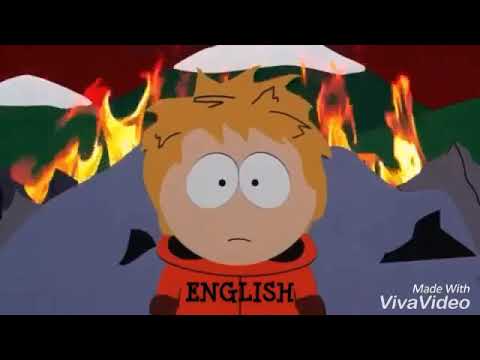 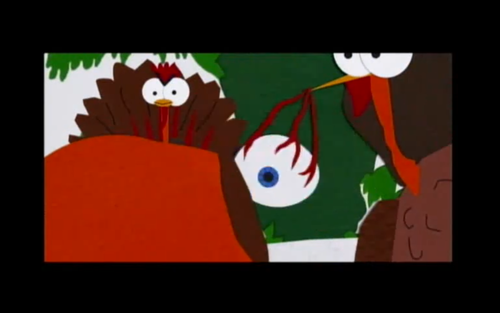 2
Kenny has blue eyes.
added by GIVMEKINGJULIEN
Source: Me 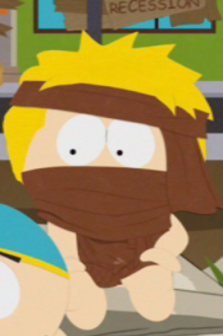 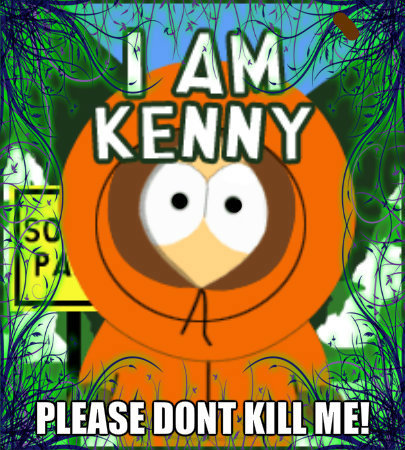 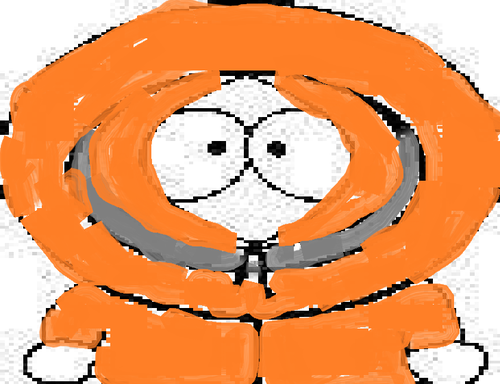 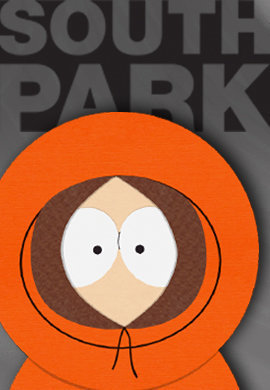 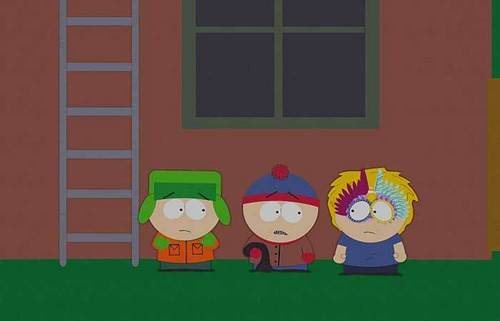 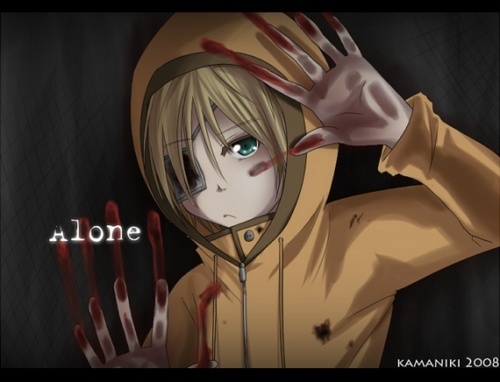 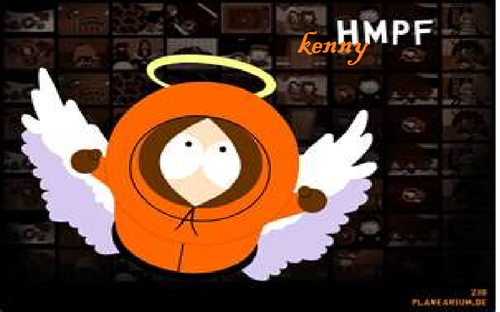 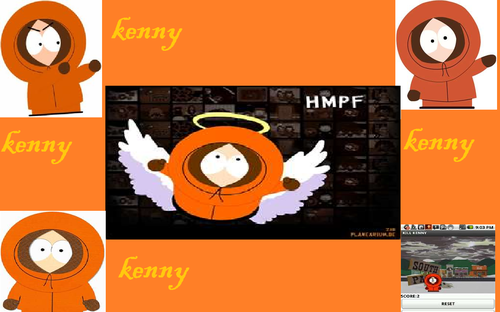 kenny
added by lilylove89
5
Kenny McCormick
posted by kennyfan1
Kenny McCormick is a part of a poor family, both his mom and dad are alcoholics. Kenny has 2 siblings, A little sister named Karen and an older brother named Kevin. His mom's name is Carol and hid dad's name is Stewart. He is dirty minded you can tell from his line in the "South Park" theme song. His line is "I like girls with big fat titties I like girls with big vaginas". Wow pretty dirty minded don't ya think? Kenny Gets killed in pretty much every episode until season five episode Kenny dies, that was his perminenet death but a few seasons later he comes back and dies not nearly as much as he did. :) He lives in a run down shack. His orange parka is what apperantly attracts the deaths of him. 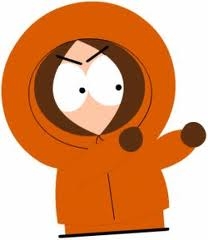 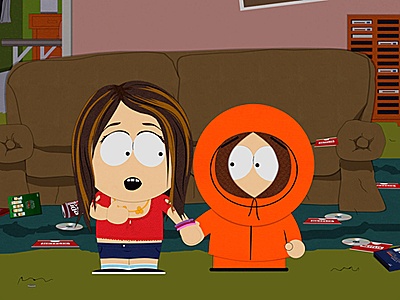 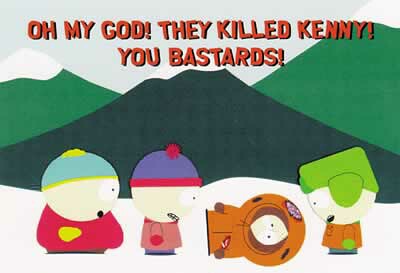 1
Die Hard Over and Over again!
added by HaruLuver