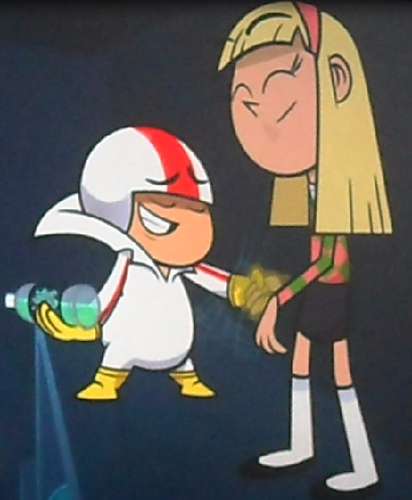 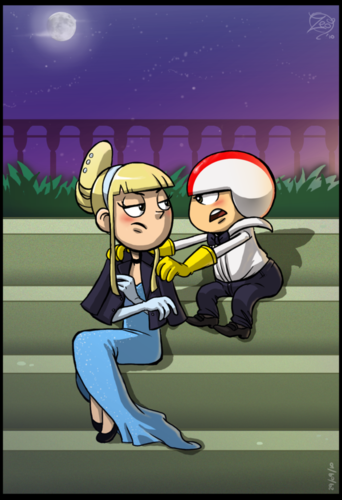 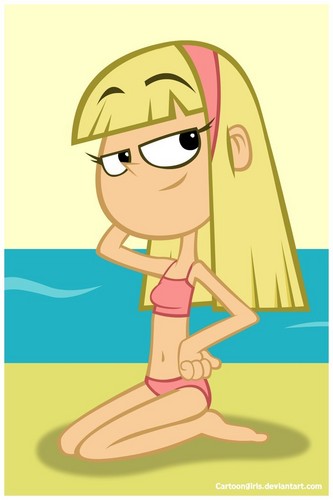 Kendall's got a new swimsuit!
added by brauer83
Source: deviantArt 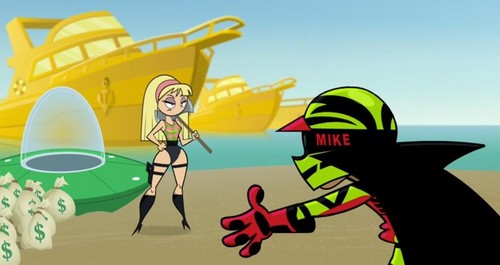 Older Kendall vs The Dark One???
added by brauer83 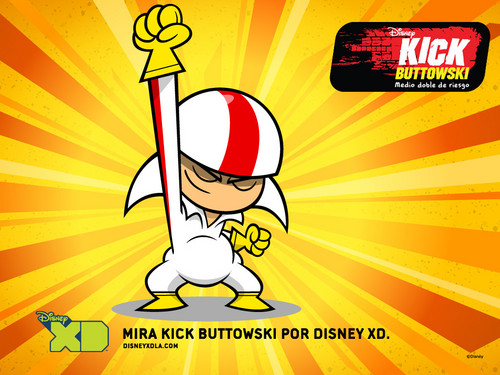 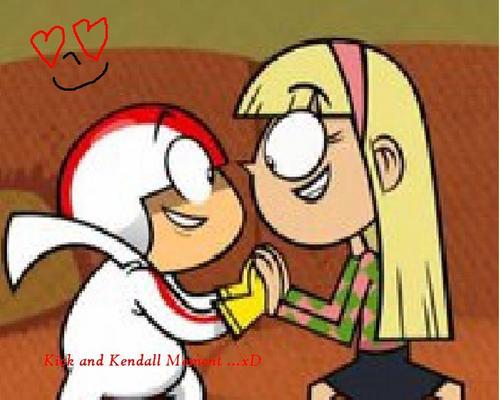 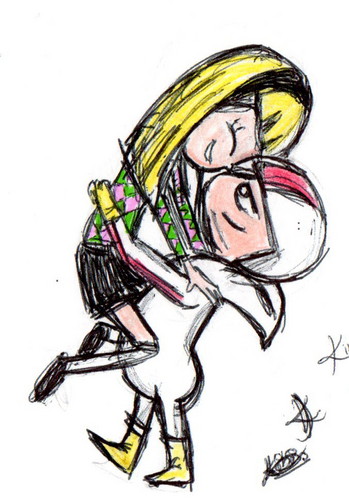 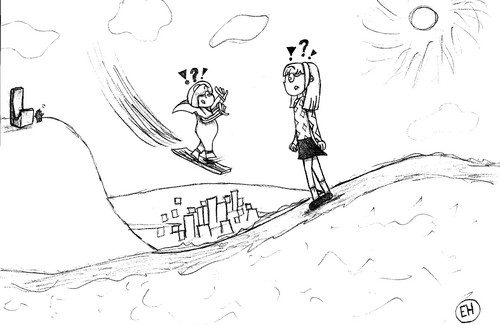 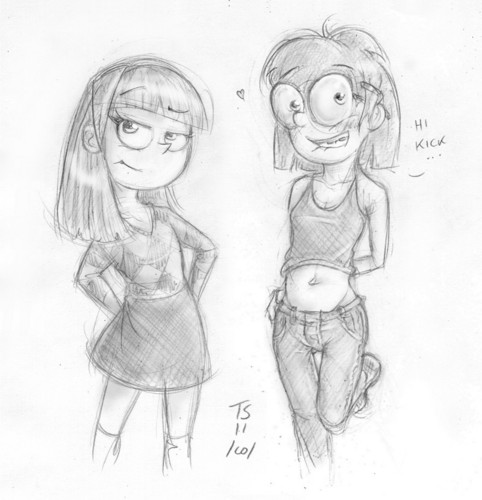 1
Kendall and Jackie
added by brauer83 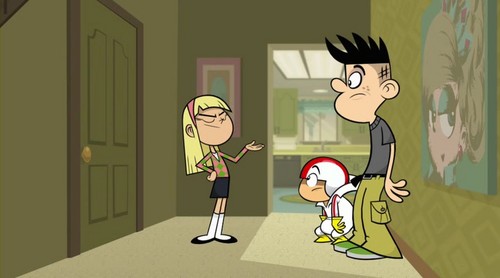 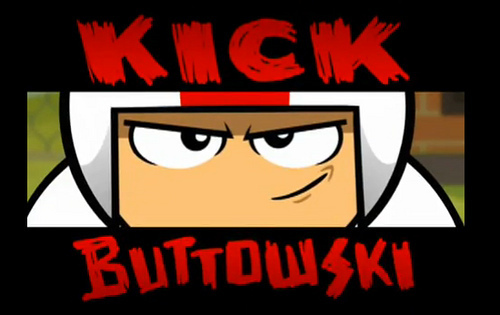 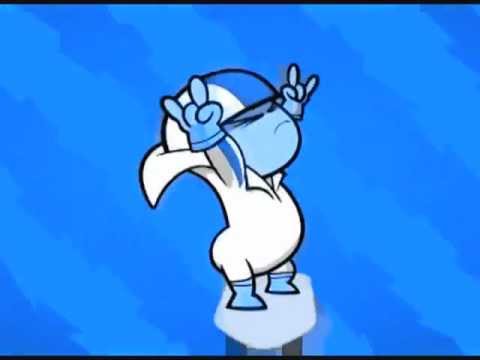 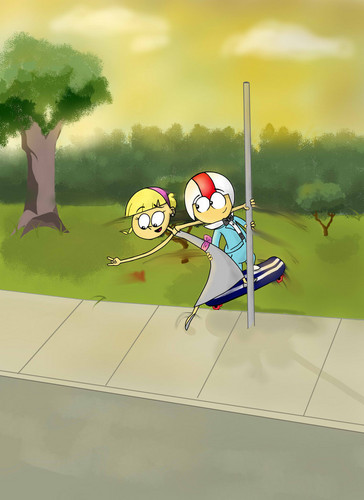 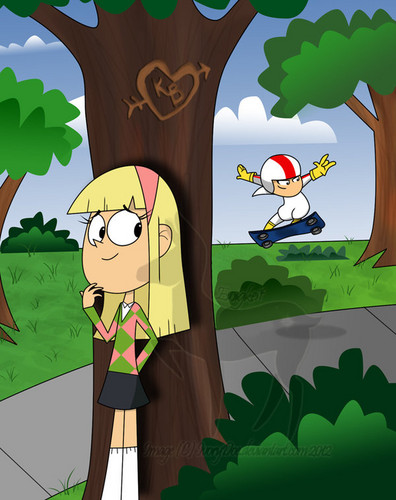 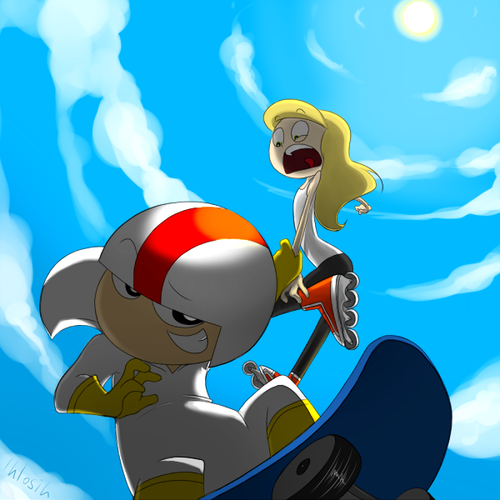 3
KB: Chimichanga!
added by brauer83
Left Behind 20
posted by yoyo98
"NOOOOOOOOOOO!!! CHEETAH CHUG XE HAS NEVER FAILED BEFORE!!!" Gunther started crying, when all of a sudden a mysterious girl stopped by the side of the road in her Caliber.
She leaned out of the side of the car and asked "What's your name?"
"Gunther. Gunther Magnuson... Did I see you somewhere before?"
"Yeah, my name's Morgana. Aren't you a friend of Kick? What are you guys doin' out here and why's Kick laying on the ground?"
"He's either knocked out or dead..... And how did you know Kick's name?"
"I'm a friend of his mother. I was on my way to your house right now. And yes, I live in Tenessee....
continue reading...
Left Behind 15
posted by yoyo98
Gunther was fast asleep for 3 days. Kick decided to slap him across the face, waking him up.
"What.......... What's going on?"
"You were asleep for 3 days straight. We're going twice as far as we did today." Gunther sat up, his back in pain from the mattress at jail and sleeping on the hard ground.
Curious, Kick asked "Are you okay?"
"No, my back hurts really bad. I feel like I'm gonna die......" Even though he slept for three days straight, he was extremely drowsy.
"Kick, I'm tired."
Kick thought in his mind "How can he be tired?!"
"We're too far from the hotel to head back."
"I-........ zzz..........
continue reading...
Left Behind 6
posted by yoyo98
Kick and Gunther headed to a nearby
grocery store.
Gunther went straight to the Cheetah Chug.
"Don't steal anything Gunther." Kick scolded.
"Sorry........" Gunther had an ashamed look on his face. After buying some food, drinks and a bag to keep the stuff in, they headed out
to the unlocked hotel room, where they stayed for the the rest of the day and night. Kick was exhausted still from the party last night still and got no sleep because Gunther's loud snoring.
Before Kick went to bed, he told Gunther not to do anything bad while he was sleeping. He said okay, but he didn't say it like he understood. Gunther knew he had a bad habit of stealing Cheetah Chug, but never did anything to stop it. Plus, now that Kick has told him not to do anything bad, HE WILL.
More Cards
1234567891011