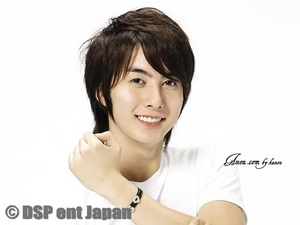 hi everyone
This club for the fans of The member "Kim Hyung Joon" of the SS501 musical band . I Hope you will enjoy and share your opinion , images , videos ect...

SS501 (pronounced as Double-S 501 or Deo Beul E Seu Oh Gong Il) is a popular South Korean boyband under management of Daesung Entertainment, also known as DSP Entertainment. The name of the band is a combination of the alphabet and numbers that have special meanings in them. The first “S” stands for “Super”. The second “S” is an abbreviation for whatever they want to be that starts with an S, Star/Singer etc. The number...
continue reading...
3
SS501 Kim Hyung-joon may sign with S Plus Entertainment
posted by Carolyn-
Boy band SS501 member link.

An official at S Plus told Asia Economic Daily over the phone on Wednesday that they are reviewing whether to sign an exclusive contract with the singer which will support his activities in Korea, although emphasizing "nothing has been decided."

The official also explained, "S Plus' headquarters in Japan currently handles various affairs for Kim in Japan but that's different from signing an exclusive contract."
2
Kim Hyung Joon in a drama soon!
posted by jejrem
Credits : lalala@sportshankook.co.kr + SS601.com + (English Translation) xiaochu @ Quainte501.com
Casted for the role of the son of a wealthy family in Korea-Japan joint production ‘Tele Cinema’

SS501 Kim HyungJoon will challenge himself on acting as an actor.

Kim HyungJoon was made one of the lead actors for the Korea-Japan joint production ‘Tele Cinema’. Kim HyungJoon will thus debut as an actor after being a radio DJ and a regular MC for variety program. He will be doing both singing and acting concurrently just like other members of SS501, Kim HyunJoong who acts in ‘Boys Over Flowers’...
continue reading...
More Cards
1234567891011