2
King Julien's Past.
posted by ImAnEasel
Author's note: This explains why King Julien hates Mort and why he has a phobia about his feet being touched. Or, at least, it explains MY theories. It's also the first fanfiction I've written that has any death in it... Enjoy! XD

One day, Marlene decided to visit the lemur habitat. She wanted to ask King Julien a question - it was something that had been bothering her for a long time.
"Mort! Off the royal feet!" Came King Julien's voice and, when Marlene looked up, she saw Mort flying high in the sky. It looked like he was going to land in the park. King Julien must have been practising. When she climbed into the lemur habitat, she saw only King Julien.
"Where's Maurice?" she asked, even though she had planned to ask a different question.
"I sent him to the reptile house, to get some kingly things from the geckos."
"Riiiiight. Hey! I was wondering, why do you hate Mort so much? I saw Maurice tread on your foot, the other day, and you got angry, but you didn't seem half as annoyed as you do when Mort touches your feet. Come to think of it, why are you so over protective about your feet?"
King Julien looked uncomfortable - EXTREMELY uncomfortable.
"Err... What was that word the silly penguins use, again? Classified?" Marlene was taken aback. King Julien had never said classified, before. It just wasn't his style."Besides, I have a whole story behind this! You'd be here for a while, you'd get the pins and the needles!"
"Oh, come on, Julien! It's been bugging me for ages! Besides, I like long stories." King Julien looked Marlene in the eye. She didn't look like she'd be easily persuaded. He sighed.
"Fine. I will tell you my story..."

Prince Julien was an only child, so he would no doubt be king, when he was older. Everybody said he looked just like his mother (This always annoyed him, he was male!), except for his feet, which bore a striking resemblance to his father's feet.
All the lemurs in Madagascar loved and respected King Julien XII. All except one.
Cortez the mouse lemur had always disliked the king, probably because he was jealous of his power. Cortez looked adorable. A little brown mouse lemur, with huge yellow eyes. He had a wife and a son, too. His son was the youngest baby lemur in the village and his name was Mort. Cortez's wife used to respect the King, but after marrying Cortez, she, too, was turning against him.
Two lemurs. It didn't seem like a lot. But they were ever so good at pretending to be kind and innocent. They befriended other lemurs and talked to them... persuaded them. All behind the royal family's back. They didn't suspect a thing.
Eventually, they had convinced half the colony that the king, the queen and prince Julien were evil. That was when Cortez declared a civil war.
A civil war between lemurs in Madagascar is not like a civil war between humans. It's all one battle - one long and horrible battle. Female lemurs cannot leave their babies in their homes. They have to keep them on their backs, the whole way through. This civil war was a particularly horrible one, because it was unusually even. Half the colony against half the colony. This made it longer. There were many losses in that battle. Many lemurs died. Cortez's wife was among them. This made Cortez fight with double the strength and determination. As prince Julien fought, he heard Cortez's savage voice and caught sight of him approaching his father.
"Good day, your majesty! Hope you enjoy your last BREATH!" and he killed him. All prince Julien saw was the body of his father and Cortez's wide grin of malicious triumph. All the other sights and all the sounds of the battle were blotted out. The queen, on the other hand, had a rock held in her hands, so she came up behind Cortez and hit his head with it, as hard as she could.
Both leaders were dead. By lemur law, the civil war must end. And it did, there and then. All the lemurs went back to their homes, stunned, or crying. There was never a search for survivors. The more food that was left for the predators, the less hungry those predators would be. Prince Julien's feet would be the only possession that reminded him of his father.
He looked around him. When Cortez's wife came into view, he saw that she was twitching. He went over to investigate and recoiled in horror as he saw what looked like a miniature version of Cortez on her back. Then he realized... this was Mort.
Something in the woods caught his eye. Two round eyes were watching him. A foosa, no doubt about it. Prince Julien (or KING Julien, as he was, now) had two options: leave Mort, or take Mort home and look after him. His instincts seemed to evaporate, leaving him to make this decision on his own. He had no father, thanks to Cortez... but Mort had no father, either. Nor did he have a mother. He was an orphan. King Julien picked him up and took him home, where his mother was waiting.
He told her what he had done, and she said it had been the right thing to do. Then they wept over their loss.
As King Julien grew older, he became more and more protective over his feet. Mort seemed to develop a love for his feet, which made King Julien's hate for Mort increase greatly. But there was always a bit of affection for Mort, deep in his heart, though he would never admit it. He had chosen a lemur called Maurice as his right hand man, because he was wise and had been one of the most faithful lemurs on the king's side in the civil war.
But, over time, King Julien's mother slowly began to lose her memory, until King Julien had to remind her who he was every day.

"I hope that will do for you." said King Julien.
"... That's awful." Said Marlene. She had never expected something so tragic.
"I know" said King Julien, trying to keep his bottom lip from trembling. Marlene hugged him, and he hugged her back. They stayed like that for what seemed like a long time.
"Does Mort no?" Marlene asked.
"No. I don't think he has a concept of death. He wouldn't understand. You are the first person I've told."
And, from that day on, Marlene understood the lemurs more than any other animal in the zoo.
jimbojames and peacebaby7 like this
knd-pom-sp aww so sad poor Mort and Julian
peacebaby7 Aw that is so sad. I still like it though good job. :)
iloveskipper980 omg. so sad. that should be a show.
SweetCookieable So I'm not the only one who thinks Julien is someone who hides his pains behind the joy of dance...
ImAnEasel Thank you all! =^w^= To be fair, I must confess this fanfiction was kind of a ripoff of a Kowalski fanfiction I read (in terms of them both being flashback fanfictions about them having a secret sad past) called The Clipboard Theory. 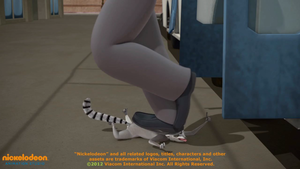 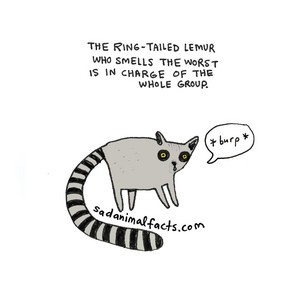 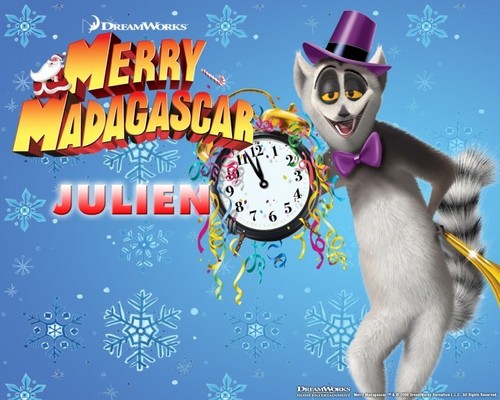 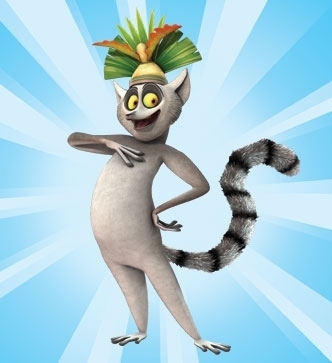 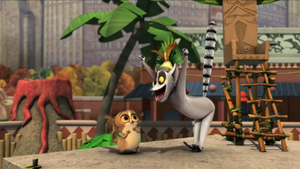 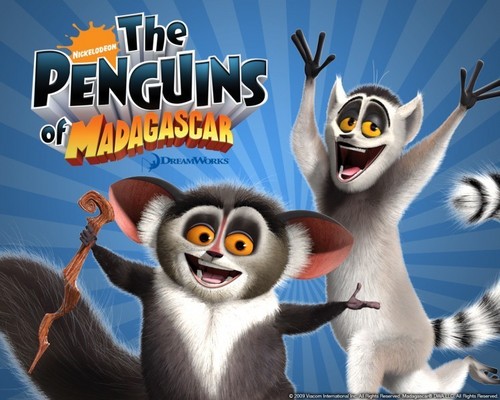 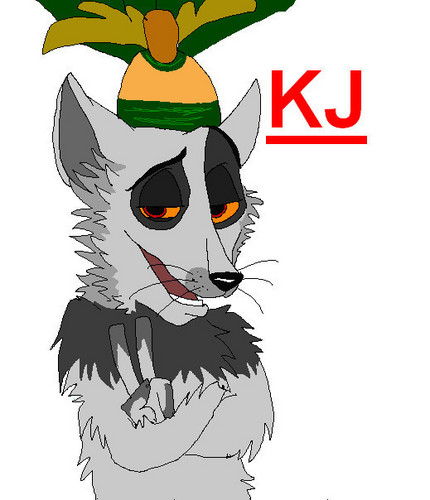 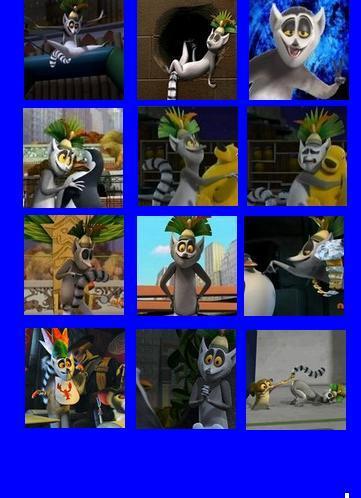 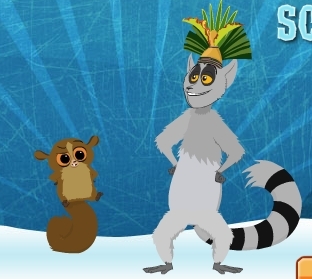 1
King Julien and Mort
added by KJBiggestFan
Source: My screenshot :3 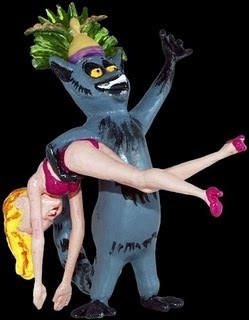 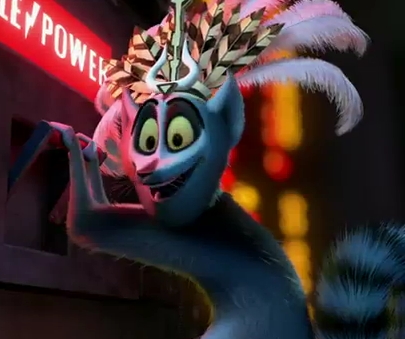 1
Julien in M3
added by KJBiggestFan 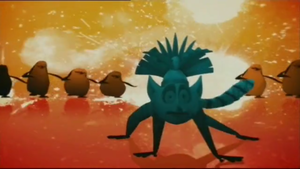 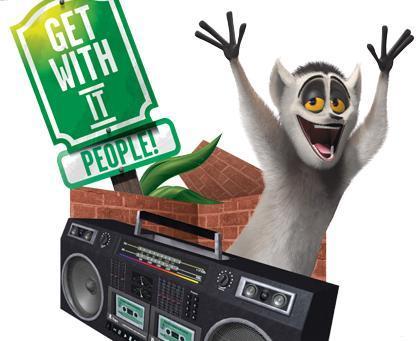 2
King Julien: Get With It!
added by KJBiggestFan
Source: I found it on Wikipedia =) 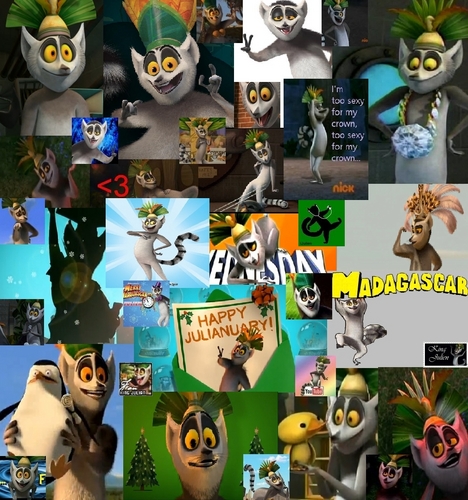