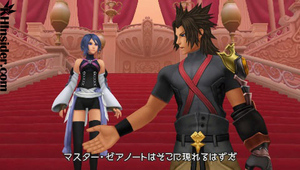 Castle courtyard, Aqua is dancing, Ven and Terra are watching. Someone approaches from the entrance, and the three gather.

Castle of Dreams.
Ven is running around holding a blue ball.
Lucifer (The cat in Cinderella) pounces on top of Ven.
Mouse yells, "Watch out! Run away into the house!"
(It's the mouse from Cinderella, not Mickey.)

Sleeping Beauty World (?)
Maleficent: "Those who do not have any darkness, seven of pure light――"
Maleficent: "To collect...
continue reading...
Aqua
posted by khfan12

Aqua is a character from the upcoming game Kingdom Hearts: Birth by Sleep.

While Aqua's name means 'water' in Latin, Kairi's name means 'sea' in Japanese. Any connection between the two is unconfirmed, however similar name meanings also apply with Sora and Ven, and with Riku and Terra.

She first appears as a young, blue-haired female knight who fights alongside Ven and Terra in the secret ending movie of Kingdom Hearts II: Final Mix+. She is the first to be unmasked when her helmet gets smashed after being thrown to the ground in battle. She and Ven briefly take on...
continue reading...
What to expect
posted by The-man 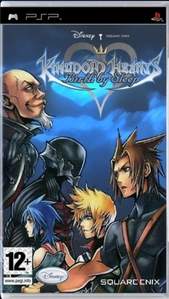 I know there hasn't been a lot of news lately but there will be a games event in Japan soon and Square Enix has been confirmed to appeare but wetheare KH will appeare has to be announced.
If KH does make an appearence though I guess this what we'll see:
Aqua: There is a strong possibility that there will finally be a playable demo of Aqua and when there is I'll give you a review
Trailer: As in every event ther will be a new trailer wether I can get a video I don't know because the KH trailers are always in video restricted theaters
Release Date: We already have 2009 as a Japanese date but there will probably by a month chosen aswell.
358/2 Days: I know its not BBS but because its out in Feb in Japan there will probably by a cover art shown and I'll post it 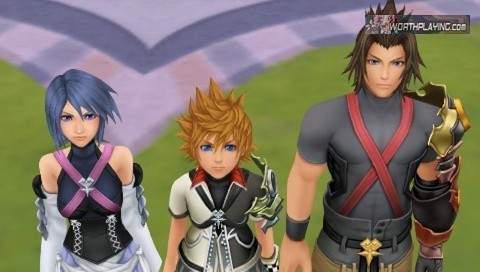 Still planned for a 2009 release window for Japan.

Some gameplay footage of Aqua was shown. She floats and uses the Keyblade without touching it, much like that of Sora's Final Form from KHII.

Cutscenes featuring Aqua in Castle of Dreams as well as the Snow White World is shown.

The Unbirths are said to be much quicker than the Heartless and are animated extremely well to be twitchy and nervous in appearance.

The Playable Demo seems to be the exact same one from the DΣS3713...
continue reading...
3
what was seen in the demo
posted by The-man 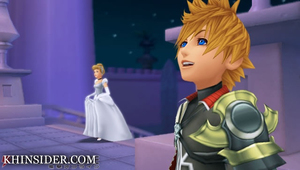 Defeat the ambers*, move across a bridge, toward the castle.

Fight a boss called the Wheel Master and his demo ends.

Ventus in the Castle of Dreams
(Ven is smaller, similar sized to the mouse.)

Mouse: "It's the king of the castle."

Mouse: "All the daughters of the country are invited to the ball being held tonight."

Ven: "Does Cinderella get to go too?"