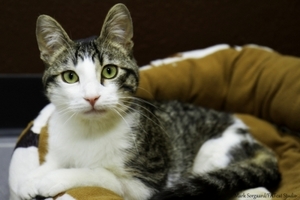 Meet Corky the Cradle Cat, from an abandoned deformed kitten to a world wide inspiration of courage, love and determination.

March 20th, 2012 CATS Cradle Shelter rescued a beautiful 7 month old kitten from the Moorhead Pound. We were told by the staff at the pound that he was found dragging himself down a sidewalk on Main Avenue in Moorhead. The moment that we saw him we knew that there was something familiar about him. Just one month prior to this we had received a phone call from a young woman who claimed to have rescued a 6 month old kitten that matches Corkys description exactly from a neglectful situation, this kitten had "backwards and crisscrossed legs" to quote her. We agreed to meet the woman at 10AM the next morning to take this kitten in. We immediately made arrangements for radiographs at NDSU. Once the arrangements were made with NDSU a return call was made to the woman to confirm our 10am appointment for the next day. Well, she never showed up, we repeatedly called her to find out if there was a problem, but she never answered and never returned any of our messages. After days of frustration at not being able to contact this woman, we had to let it go, and hope that this woman would do the right thing by this kitten and provide for him.

Fast forward to March 20th, 2012 and the day we got the call from the pound. The only thing that needs to be said here is once we saw him, we instinctively KNEW that this was our guy from the phone call a month earlier. What a relief, we finally had him...but how did he end up in the pound? We still do not have that answer, as I went back into our phone log and called the young womans number who originally called us, and her number was no longer in use. I guess that is a question we may never know the answer to. The only thing we do know for sure is that Corky would have been euthanized if left in the pound. Once we took custody of him he was transported immediately to NDSU for the radiographs, and examined by the staff veterinarians. After a search for a qualified vet we found Dr. Burchill who performed the Bilateral Arthrodesis of the Tarsus on Thursday, April 5th, 2012. The following Monday there were some issues with swelling and he had to have a procedure to release fluid from his paws and legs. His left leg had some constriction which caused some nerve damage and the incision opened which needed a skin graft with ACell, a porcine product. Utimately the graft did not take due to necrosis and the difficult decision had to be made to amputate the troublesome leg which was done on Thursday April 26th three weeks to the day from his original surgery. Corky was hospitalized from April 5th until April 30th, the majority of that time was spent on various types of therapy to try and save that left leg. I am happy to report that Corky has been released from the hospital, has settled into his new home with one of the shelter Directors and seems to be doing just fine, in fact his spirits are better now than they were before and he has learned to love his fur siblings. He seems happy, playful, and alert, and while he has a long road ahead of him to build muscle in his lower body and strength in his remaining rear leg, we feel that Corky will have a wonderful quality of life full of love and opportunities to help unite the world in the plight of rescue. We are now TEAM CORKY!

Corky has garnered world fame, he has had over 100 articles written on him by various media outlets, from MSN, CNN, AOL.com, Yahoos homepage, Huffington Post, YOU Magazine, and many many more, he has been on tv shows "Right This Minute" twice and has even been mentioned on Australian TV Soap Opera "Neughbours" which has been on the air since 1985. He has friends from all over the world and is grateful for each and every one of them. 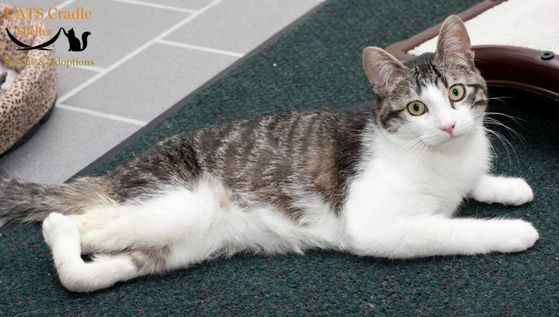 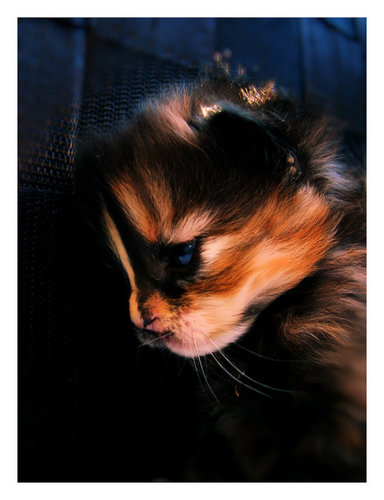 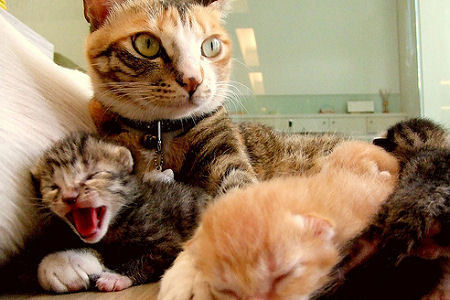 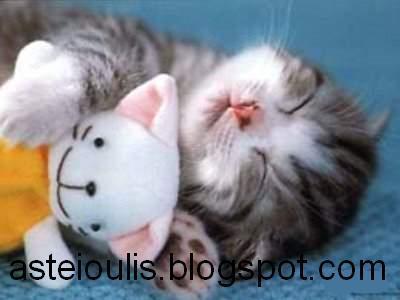 1
Kittens
added by Greekgirlishere
2
Horrifying Yet True, A Story That Touches All
posted by Katclub8
Austin probably thought it was funny at the time, maybe even so amusing as to catch it on tape, however, what he did was to be blunt, unforgivable.
A little girl, went by the name Maddie had just got a kitten, about a month old, and so small, she could fit in the palm of your hand. (I do not know the name of the kitten, so I'll just call her Kate). Kate was fluffy, small, and like every other kitten, absolutely adorable.
But Austin, (being the little demon he is) decides it would be funny to kick the kitten. In fact, he kicked her twice to the point of Kate being all bloody and limping.This...
continue reading... 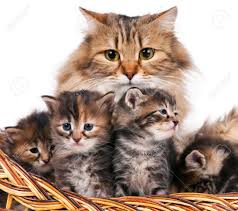 Cat And Her Kittens
added by cherl12345 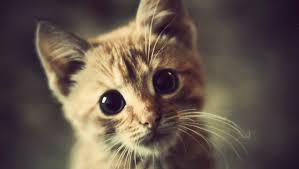 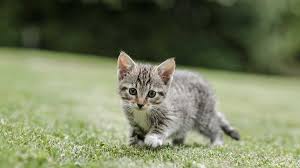 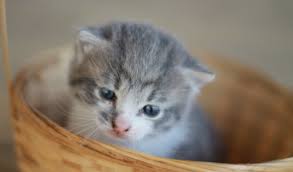 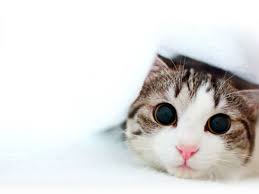 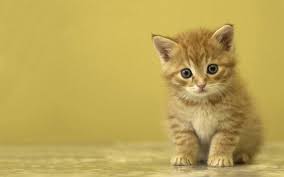 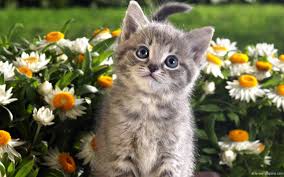 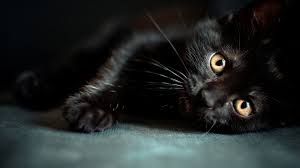 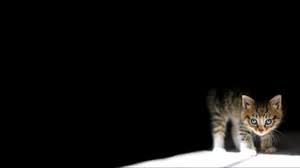 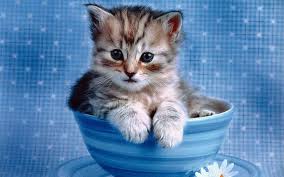 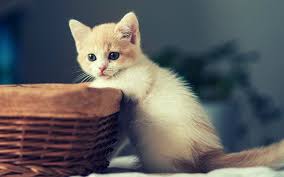 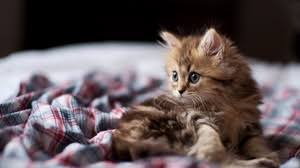 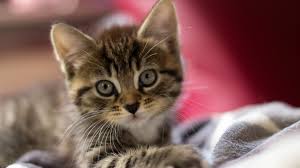