1
Our Detective Lives chapter 13:L and Rain Come to the Rescue
posted by goofy21792 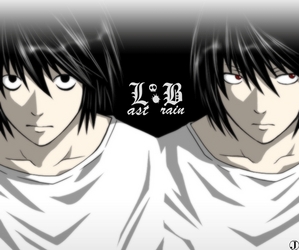 I didn't know what to do.Beyond was keeping me hostage and,if he ever got the chance,as his "amusment toy".I had to get out,someway,somehow.I looked at the door.'Maybe Beyond left?'I thought.I stood and started inching towards it.I was about to open it when I heard voices on the other side."Beyond,why are we keeping her?""Because if we do L will come and try to take her.But then I will finally get the chance to kill him after he was so close to locking me up.Besides,she's hot and I need a girl."I couldn't believe my ears! Beyond was keeping me here because he wanted to kill L for almost locking him up! And because he liked me. I couldn't let Beyond hurt L,much less kill him. I looked at a boarded up window and ran over to it. I looked out a small crack and stared down at the street below. I gasped when I saw Rain and L! I then remembered about Beyond. I then thought up my plan for getting him out of the building so I could leave. "Beyond!" I yelled. He walked in and looked at me. "Yes Ash?" He smiled as he walked over to me. I sat on the bed and said,"I'm feeling a little hungry. Could you maybe run out and get me a subway sandwich?" He gave me a weird look,then smiled again and answered,"Sure. But don't think of leaving. Cause I'll find you." He then walked out. I ran over to the door and listened.He was walking down what sounded like stairs. When he got lower to where he wouldn't be able to hear me I ran back to the window and took off some of the boards. I looked down at Rain and L and yelled,"YO-HO!!" They looked up at me with looks like I was crazy,but when they noticed it was me they smiled and both yelled,"ASH!" I put my finger to my lips and said,"Shh. Beyond's still here so he might hear you. Now you two hurry and hide. He should be walking out in a minute." They nodded and went into some bushes. I saw Beyond walk out right after and get into a car with,what must be,some guys who must help him. They drove off and L and Rain walked out. They walked towards the front door and darted in. I could hear their footsteps on the stairs. I then heard someone yell,"Wh-what are you two doing in he-" Then a grunt of pain. Fighting came next and the door opened and Rain ran in. She looked suprised with a hint of fear in her eyes. "Wow." She said,"When L wants to save you he sure fights good." I gave her a weird look. L walked in,back crouched as usual. He smiled and I ran over to him. I wrapped my arms around him in a hug as did he. I backed up a little and kissed him. I then let go and said,"You two came sooner then I expected." Rain smirked and answered,"Well you know L. Loves his girl a lot." L's pale face grew a bit of red and I smiled at him and laughed a little. I then looked behind him and gasped. Beyond stood there,a knife in hand with a smirk.L and Rain both turned instantly. Beyond chuckled and shook his head. "Oh L,how I've been waiting for the moment I would finally get to slit your throat." I ran in front of L and said,"You want him,you're just gonna have to go through me!" Beyond gave an evil smirk and said,"Ash,you're too smart. I mean,after all,you do know I wouldn't hurt you." I didn't look away from his cold red eyes as he started walking. I still kept in front of L as he walked to the side of us. He stopped,his head low,and looked up at me. I shook a little at the redness of them. He started rubbing the blade in his hand,not looking away from me. "You know Ash,all I wanted was you. You,just you. If that was the last thing I ever got in this world I would take it." After he said that I felt a little sad. I decided to walk a little closer. L grabbed my shoulder and shook his head no. I nodded telling him it was alright and walked in front of Beyond. I stared up,a sympathetic look on my face. I decided to wrap my arms around him and hug him,the least I could do. He looked a little suprised as I kept hugging.

Beyond's POV:
I was shocked. I had kidnapped her,tried making her have it with me,and tried killing her friends,and she felt sorry for me. I had to admit,it was hot. I decided to take this chance as she let go to grab her by the arms and kiss her. She pulled away and L ran in front of her this time as did Rain. I pulled the knife into a stabbing position and ran at the two. I sliced at them. They dodged and backed up. L was in front of the window so I decided to run forward and push him. He fell backward and through it. I looked out and saw him hanging onto the ledge. I stepped out and stepped on one of his hands. He grunted in pain and the hand dropped off. I bent down and said,"Don't worry L. I'll take good care of Ash when your gone." I then stepped on his other and waited for him to fall.

L's POV:
I was about to fall when I reached with the hand Beyond had stepped on before and grabbed the leg of his pants. He didn't expect it and we both fell. We started punching and kicking and hitting each other as we fell. I felt the wind rush by us while falling. I looked up and saw Ash crying,which made a pain come into my heart. Beyond held down onto my neck,which made it if we hit the ground I would be crushed. I looked down saw Mello,Matt,and Sara standing there arms open as they caught us. We all dropped to the ground. I stood up when Beyond did and we started fighting. Mello stood up as did Matt and they pulled us apart. Beyond glared at me and I glared back. Ash and Rain ran out,Ash crying. She ran over to me and hugged around me,tears filled in her eyes. I held her close and kissed the top of her head. I looked over at Beyond but he wasn't anywhere. Mello noticed this too and said,"Where'd he go?" I shrugged and said,"I don't know. But if he comes back,which he probably will,we'll be ready." Ash looked at me, as did everyone else,and nodded. Sara yawned and said,"Well,guess it's time to all head home." I nodded to her and grabbed Ash's hand and headed to the car Watari was driving and we got in. Sara and Rain got in a different car,as did Mello and Matt,and left. I had just noticed Near wasn't with us. I guessed he just stayed back at the hotel while we were all saving Ash. I looked at Ash and she kissed my cheek. I smiled and she laid her head on my shoulder. I looked up to the front where Watari handed us ice cream. I smiled and grabbed our cones and handed one to Ash. She started on hers so I started on mine and Watari ate one as he drove. I was now fully happy
1:Cause I got ice cream.
And 2:Cause I got the only girl I've ever loved back. 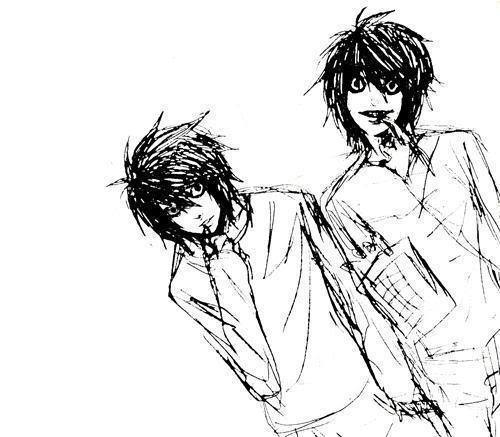 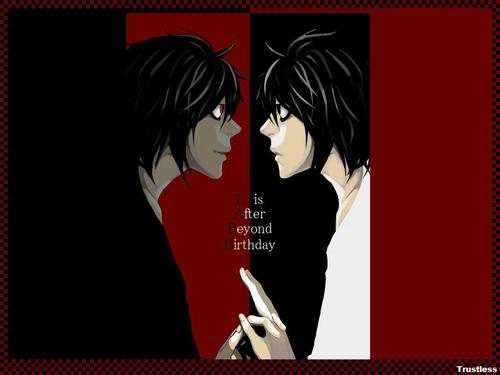 1
L and BB
added by Hidan71
Source: not mine
2
Our Detective Lives chapter 10:The Opposite Twins
posted by goofy21792 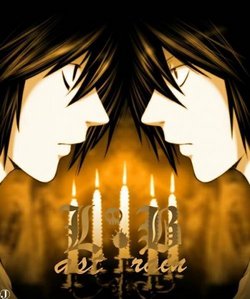 L's POV:
I looked at Beyond.I couldn't believe he had found me.And while Ash was here."What are you doing here?"I asked my eyes never blinking or leaving him."I came to say well you know.Hi.But I see you have a guest."I glared and out of the corner of my eye saw Near glaring too.I could feel Ash shaking.Beyond smiled the same smile he had before.The smile he smiled after I questioned him about the murder cases...
continue reading... 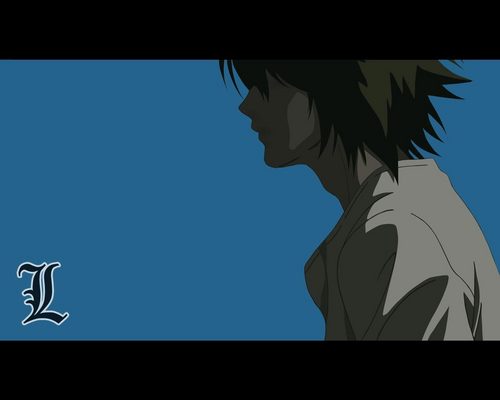 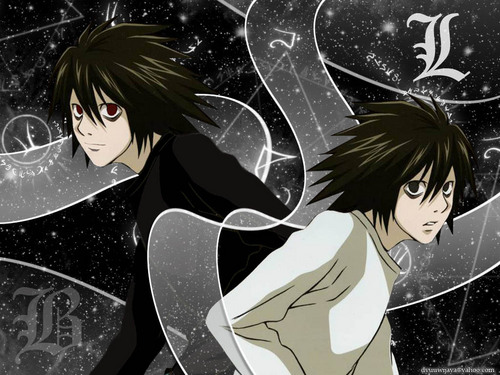 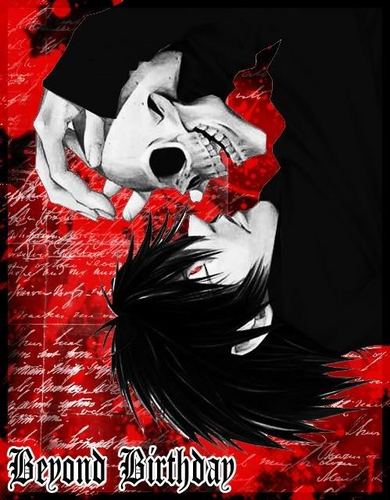 Beyond Birthday
added by Hidan71
Source: not mine 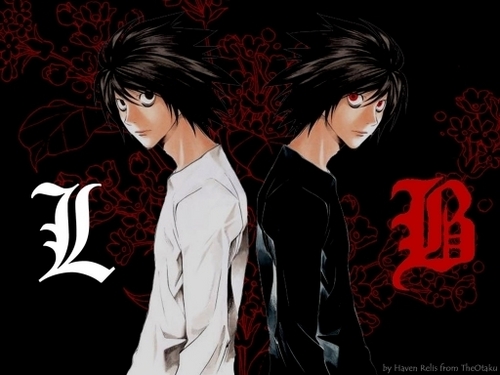 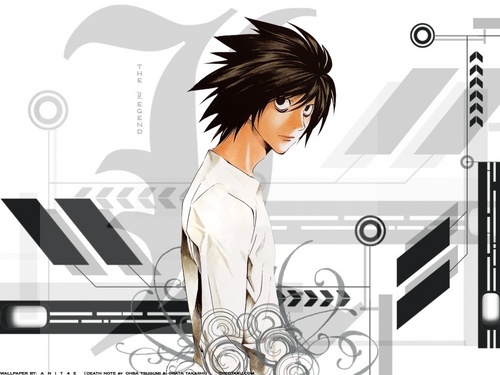 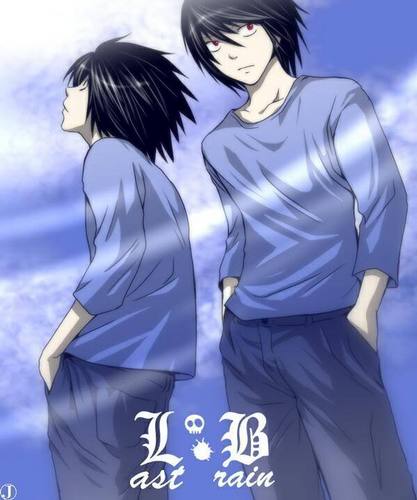 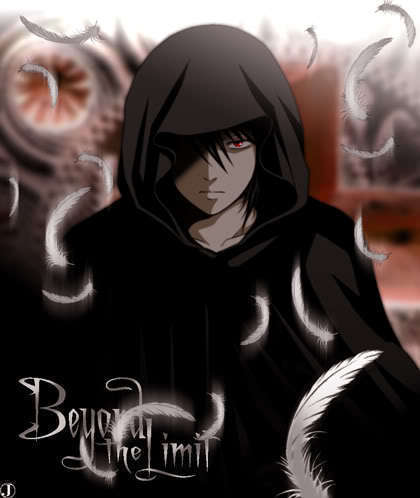 Beyond Birthday hooded
added by goofy21792 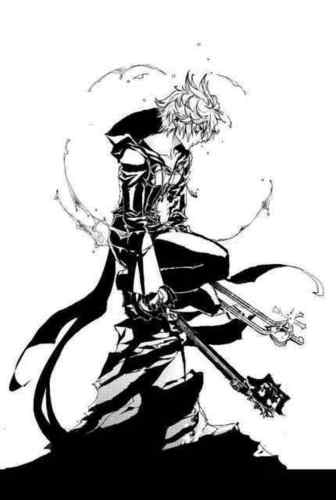 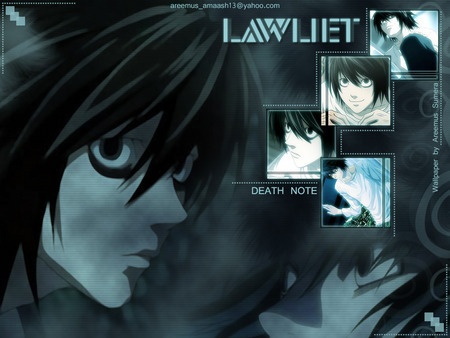 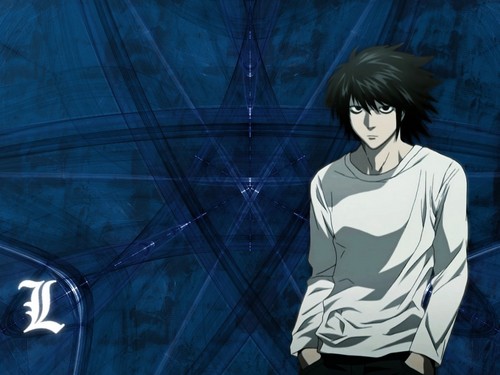 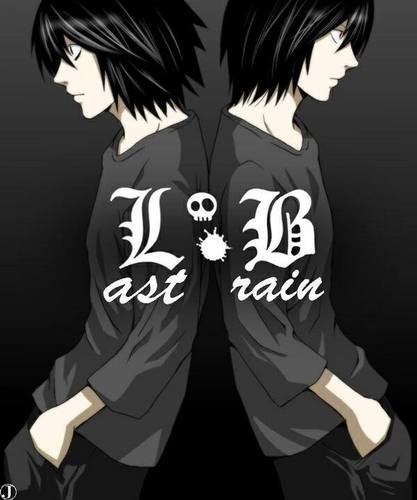 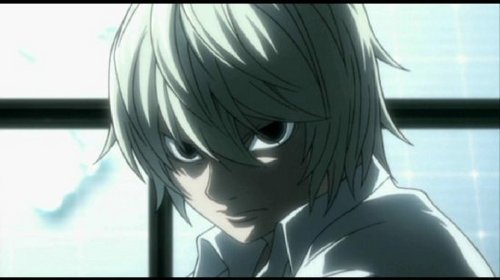 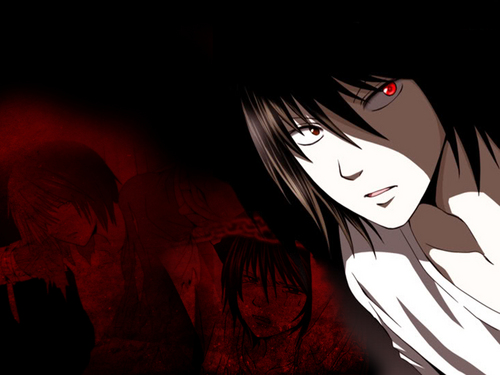 Beyond Birthday
added by goofy21792 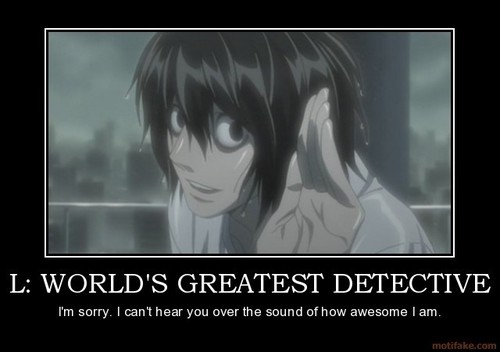 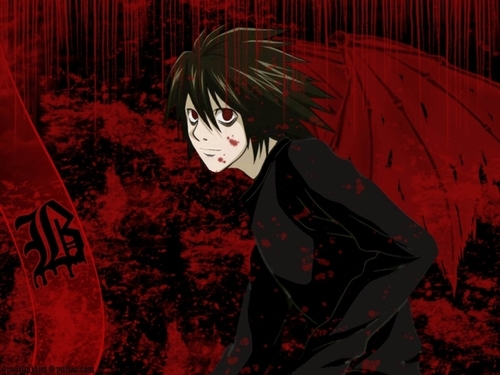 1
Beyond Birthday
added by Hidan71
Source: not mine 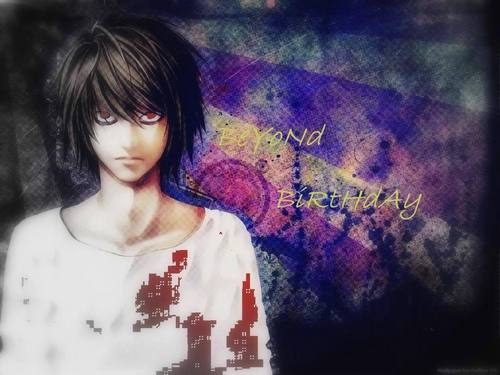 1
BB
added by Hidan71
Source: not mine 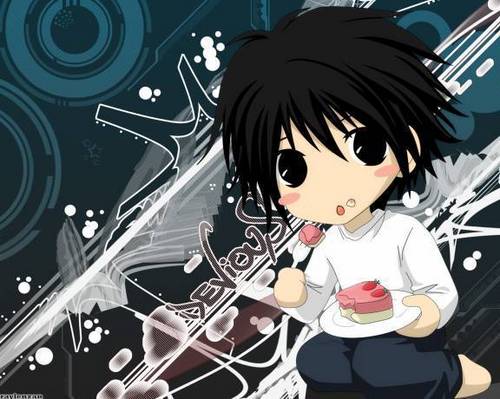