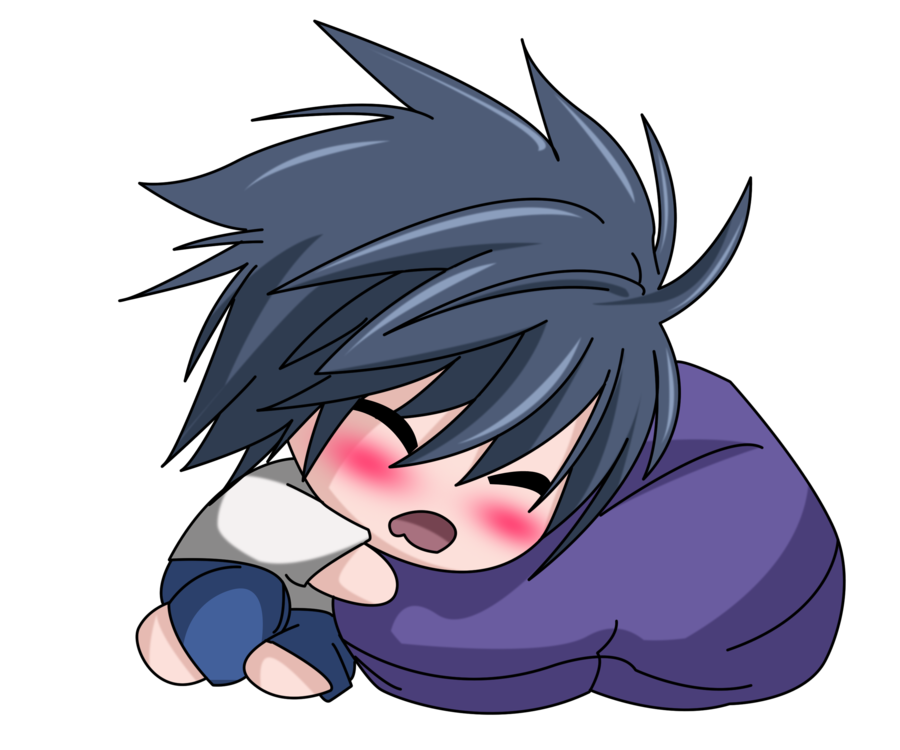 added by simrananime
Source: if u knw thw artist pls PM me!
fan art
photo
AmandaKimotski, vaamp and 3 others like this

2
L theme B
added by iluvdeathnote13
i did not make this it was by Sofiierrr on youtube...i posted this vid because i just love this song!!so i give her credit!!!
video
l
deathnote 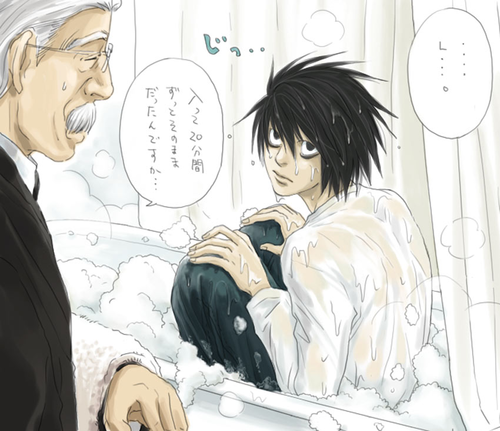 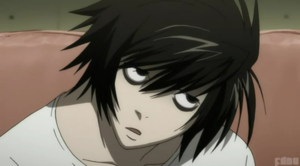 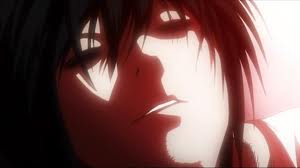 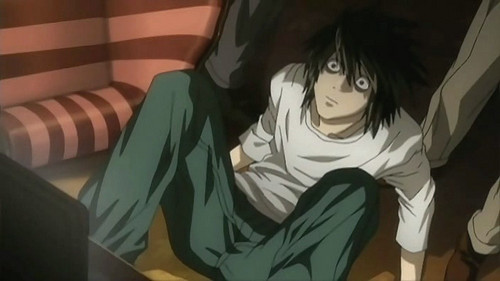 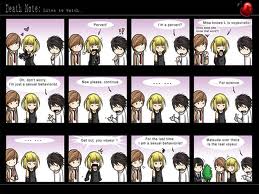 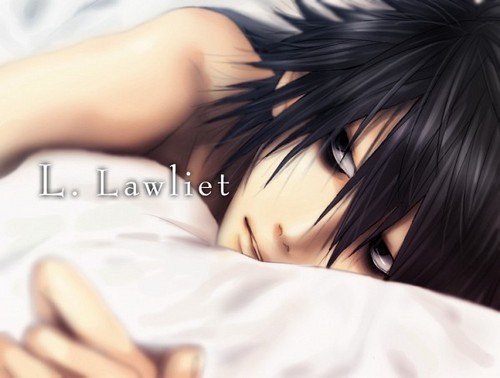 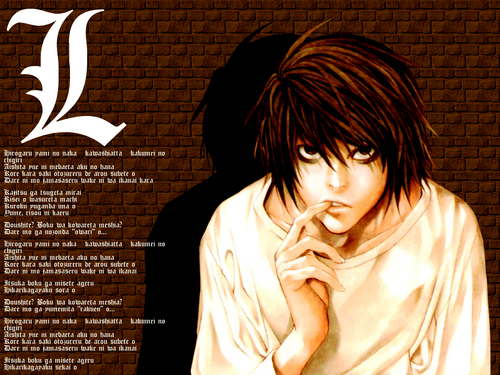 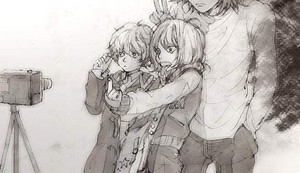 3
L, Near, and Mello
added by hetalianstella
Source: Tumblr 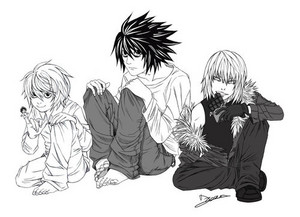 1
L Lawliet, Mello and Near
added by peteandco
Source: tumblr
6
Wuv you forever: A detective and his successor ( chap. 1 )
posted by deathnoteluv123 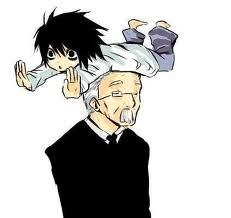 L and Watari
"How is Near doing?" That's what L would ask Watari all the time. Even if there was no point in asking, L would ask. He was always sending Near puzzles and toys, and sometimes unsolved cases. Near was one of many in line to be L's successor, but L had already chosen Near, for his, simply put, everything.
"Hello?" Watari said into the phone in the hotel room. "Yes, this is Watari. Ah, I see. I understand.
Goodbye."
"Who was that, Watari?" L mumbled inbetween bites of his cookie. "That was just an old friend back at Wammy's, calling to say they want you to meet Near."
L paused for a moment to think, he had never thought of actually meeting his successor.
"Why do they want me to meet Near?" L said, somewhat nervously. "They say, Near demanded it." Watari replied. L thought, he must be stubborn, just like me. "When do they want me to come to meet him?" L said. "Whenever you think you want to."
"Let's go tomorrow then, shall we?" 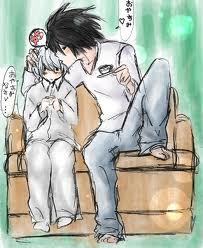 L and Near
4
The Death Note Renaissance Reviews
posted by GVentola
Hey howdy hey! I just finished Another Note: The Los Angeles BB Murder Cases, so I think this makes me a Death Note Renaissance (wo)Man. I saw the anime, saw the three live action films, read the manga, read the manga guide How to Read, read the novelization of L Change the World, and watched Visions of a God and L’s Successors. The only thing I didn’t do was watch the DVDs in both sub and dub. I’m too tired now to go back and do that. This has all been within a relatively short period of time, you know, a few to several months, but not a whole year. I’m not sure I can go through Light...
continue reading... 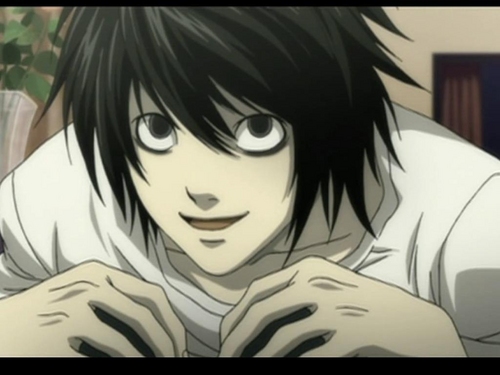 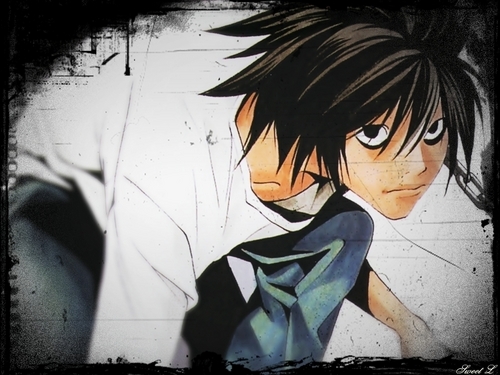 2
L Lawliet
added by Hidan71
Source: not mine 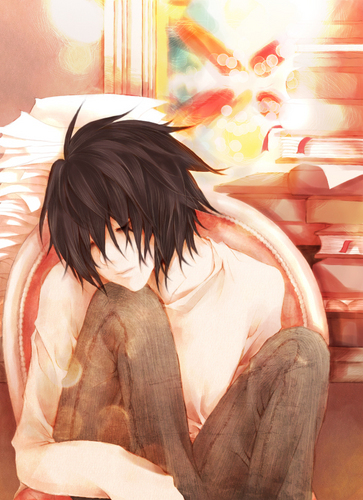 6
L Lawliet
added by Hidan71
Source: not mine 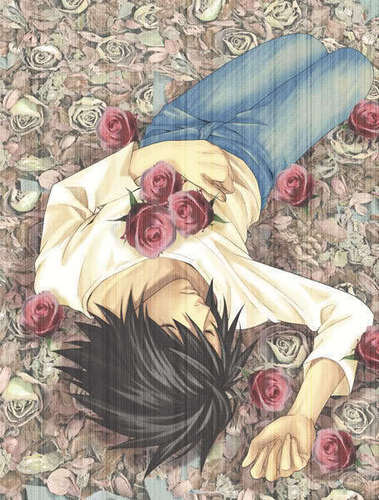 8
L Lawliet
added by Hidan71
Source: not mine 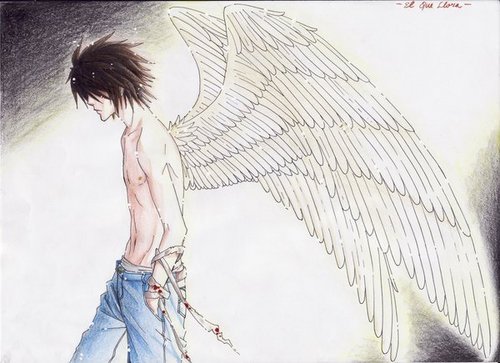 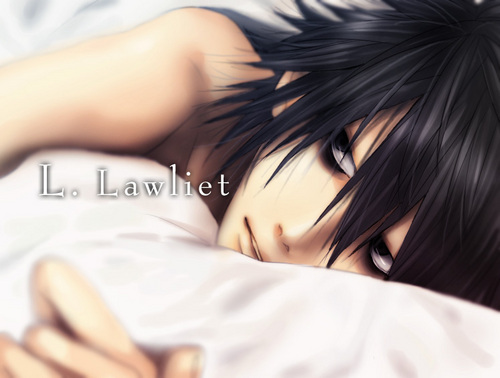