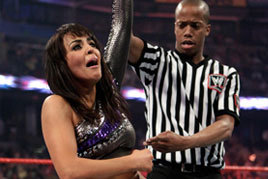 Layla Being Named The Winner
TAMPA – Best friends have officially become foes. In one of the biggest victories of her career, Layla has forced Michelle McCool to leave WWE in an emotionally-charged Loser Leaves WWE Match. But the former Flawless BFFs left Extreme Rules stunned after Kharma leveled Michelle after the bell.

After apologizing to the Divas locker room and surprisingly receiving a wish of good luck from several Divas, Layla turned her recent streak of losses around when the Diva Search winner had to fight to stay in WWE. In a No-Disqualification, No Count-out Match, Michelle hit Layla with the Faithbreaker, but Layla countered, pinning her former Team Flawless counterpart.

A bittersweet Layla left her one-time best friend shocked after her win, and, just when it appeared Michelle would breakdown in tears alone in the ring, the mysterious Kharma emerged. In an act of sheer strength and wicked determination, Kharma quickly destroyed Michelle, leaving her face-down on the mat after her final, fateful match in WWE. It was a moment that left not only the Divas – but the WWE Universe – stunned.

Before their bestie break-up at Extreme Rules, Team Flawless had been inseparable for more than a year, leaving an indelible mark in WWE history. Layla was the final Diva to win the Women’s Championship in May 2010, while Michelle unified the Divas Championship in September of the same year. These beauties bullied and battled their way through the Divas locker room, unashamed of their oftentimes cruel behavior, no matter who they offended.

But after a WrestleMania XXVII loss to a team including Snooki of Jersey Shore fame, cracks began forming in Lay-Cool’s one-time flawless friendship. Layla suffered several losses in singles action, causing a major rift with Michelle. The English-born Diva insisted on couples therapy, but real-talking it out only made matters worse. Michelle viciously attacked her former partner in Flawless after she lost on Raw. Following an emotional match against each other which ended in a double-count out, Layla offered a challenge to Michelle: A No-Disqualification, No Count-out Match. Michelle agreed and boldly added that the loser must leave WWE.

Surely Michelle never expected to fall to her former BFF at Extreme Rules, but she certainly wouldn’t have imagined being brutally attacked by Kharma. With Michelle’s departure from WWE, who will Kharma set her wicked sights on next? 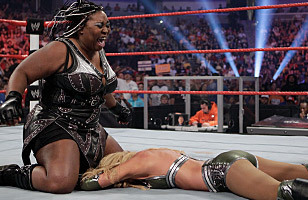 Michelle being brutally attacked by Kharma 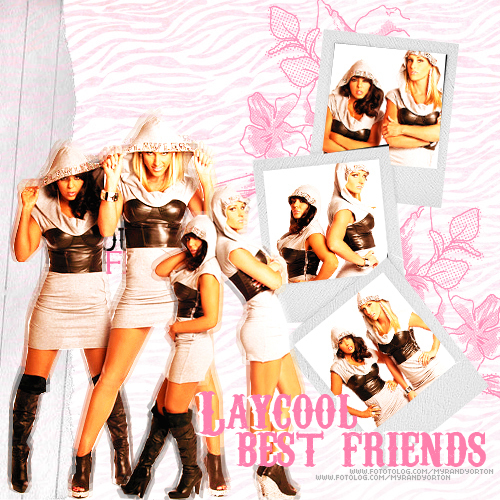 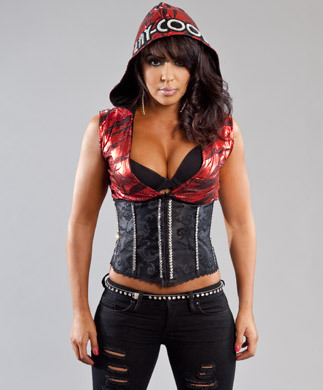 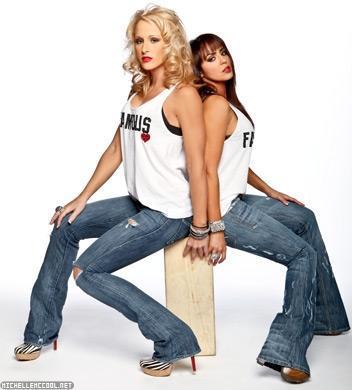 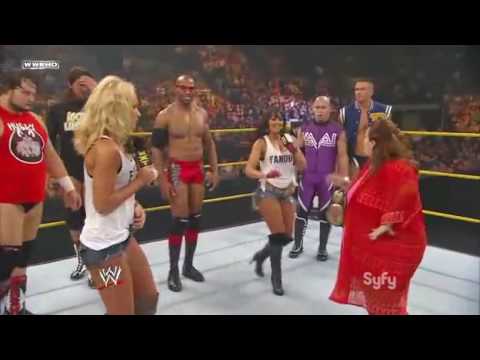 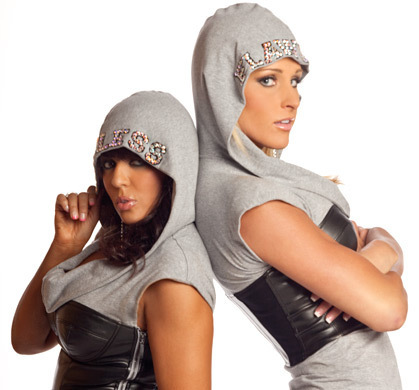 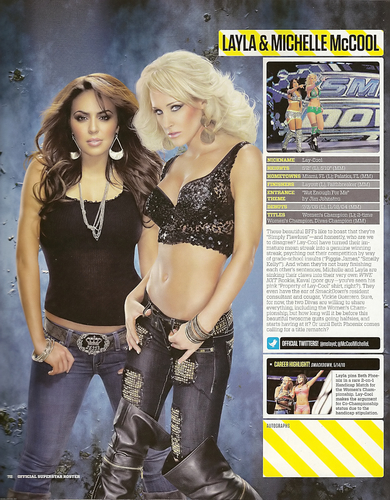 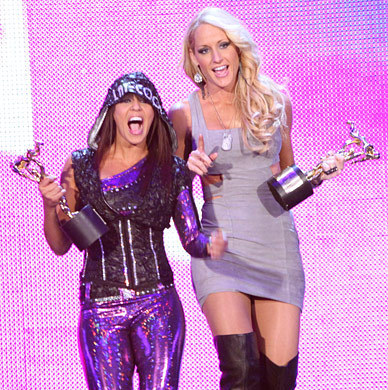 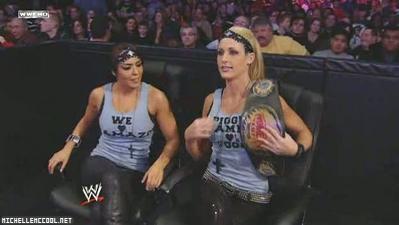 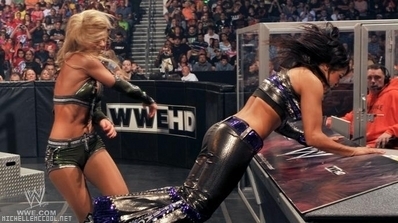 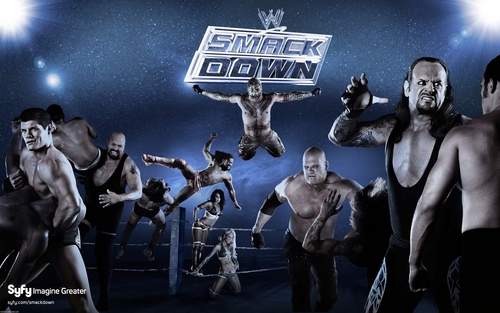 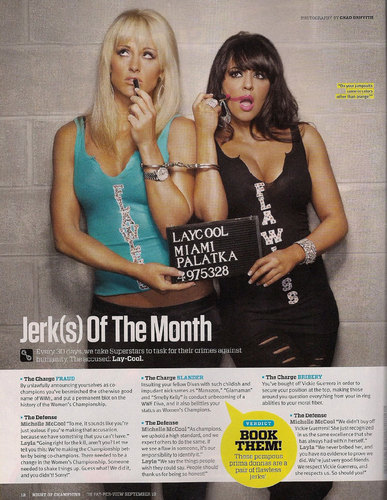 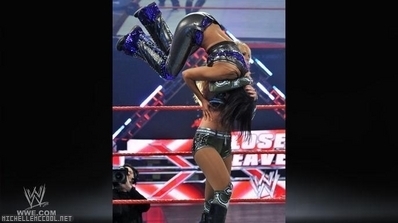 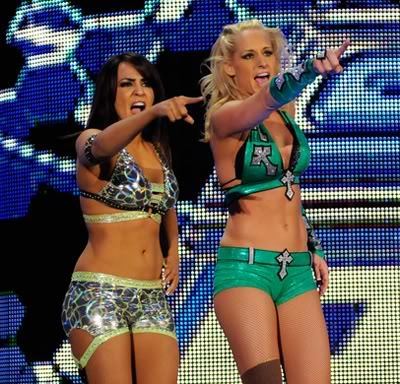 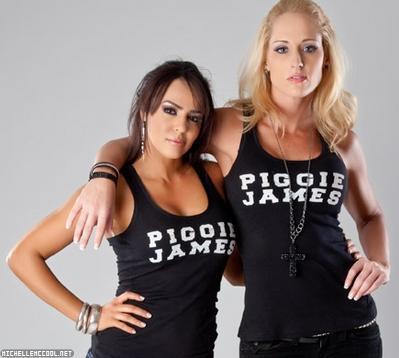 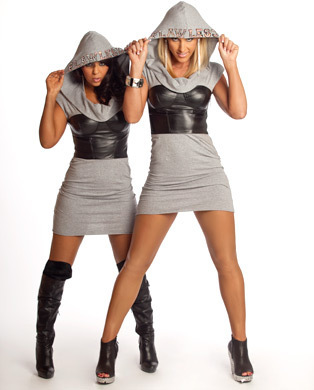 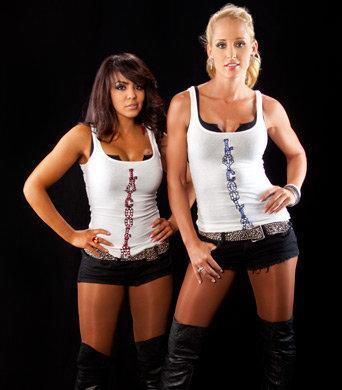 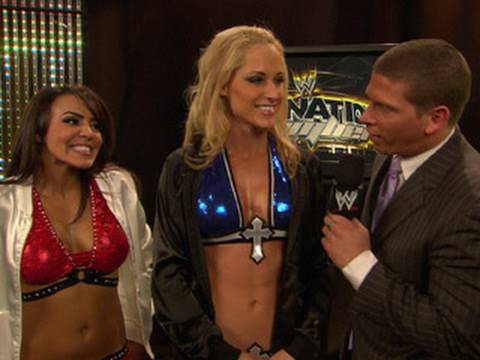 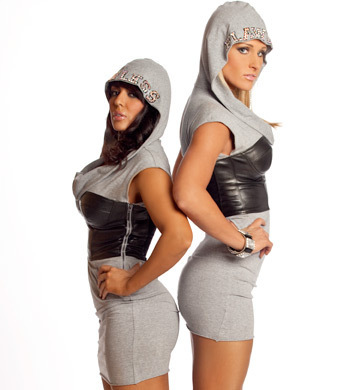