Léon: The Professional
posted by Dark-Blood
Léon: The Professional (French: Léon; original US title: The Professional) is a 1994 English-language French thriller film written and directed by Luc Besson. The film stars Jean Reno as the titular mob hitman; Gary Oldman as corrupt DEA agent Norman Stansfield; a young Natalie Portman, in her feature film debut, as Mathilda, a 12-year-old girl who is taken in by the hitman after her family is murdered; and Danny Aiello as Tony, the mobster who gives the hitman his assignments.

Leone "Léon" Montana (Jean Reno) is a hitman (or "cleaner", as he refers to himself) living a solitary life in New York City's Little Italy. His work comes from a mafioso named Tony (Danny Aiello), who operates from the "Supreme Macaroni Company" restaurant. Léon spends his idle time engaging in calisthenics, nurturing a houseplant that early on he describes as his "best friend",[3] and (in one scene) watching old Gene Kelly musicals.

One day, Léon sees Mathilda Lando (Natalie Portman), a twelve-year-old girl who is smoking a cigarette and sporting a black eye. Mathilda lives with her dysfunctional family in an apartment down the hall. Her abusive father and self-absorbed stepmother have not noticed that Mathilda stopped attending class at her school for troubled girls. Mathilda's father (Michael Badalucco) attracts the ire of corrupt DEA agents, who have been paying him to stash cocaine in his apartment. After they discover some of the drugs missing, DEA agents storm the building, led by sharply dressed drug addict Norman Stansfield (Gary Oldman). During the raid, Stansfield quickly becomes unhinged and murders Mathilda's entire family one by one, except for Mathilda, who was missing only because she was out shopping. Mathilda returns from her shopping trip as the group cleans up the carnage, and realizes what happened just in time to continue down the hall, where a reluctant Léon gives her shelter.

Mathilda quickly discovers that Léon is a "cleaner", or hitman. She begs him to take care of her and to teach her his skills as a cleaner. She wants to avenge the murder of her four-year-old brother, telling Léon that he was the only one of her family she loved. Léon shows her how to use guns, including a scoped rifle. In return, she runs his errands, cleans his apartment, and teaches him how to read. Several times Mathilda tells Léon "I love you", but he offers no response.

Then one day after Mathilda has learned how to shoot, she fills a bag with guns from Léon's collection and sets out to kill Stansfield. She bluffs her way into the DEA office by posing as a delivery girl, only to be ambushed by Stansfield in a bathroom. Mathilda learns from Stansfield and one of his men that Léon has killed one of the corrupt DEA agents in Chinatown that morning. Léon, after discovering her plan in a note left for him, rescues Mathilda, shooting two more of Stansfield's men in the process.

Stansfield, now enraged that Léon has killed more of his men, goes to find Tony, then beats him to find out where Léon is.

When Mathilda returns home from grocery shopping, an NYPD ESU team sent by Stansfield takes her hostage and attempts to infiltrate Léon's apartment. Léon ambushes the ESU team and grabs Mathilda. Back in his apartment, Léon creates a quick escape for Mathilda by smashing a hole in an air shaft. He reassures her and tells her that he loves her and that she has given him "a taste for life", moments before the police come for him. In the chaos that follows, Léon sneaks out of the apartment building disguised as a wounded ESU officer. He goes unnoticed save for Stansfield, who recognizes him and follows him downstairs, sneaks up behind him, and shoots him in the back. As Léon falls, he places an object in Stansfield's hands that he says is "from Mathilda", and dies. Opening his hands to see the object, Stansfield discovers that it is the pin from a grenade. He then opens Léon's vest to find a cluster of active grenades, which detonate moments later, the huge explosion killing him instantly.

Mathilda heads to Tony's place as Léon had instructed her before he died. Tony reveals to Mathilda that Léon instructed him to give his money to her if anything happened to him. He offers to hold the money and provide it to her on an allowance basis, on account of her youth. Mathilda asks Tony to give her a job, insisting that she can "clean" like Léon. Tony angrily shouts he "ain't got no work for a 12-year-old kid." He tells Mathilda she should "forget all this craziness" and return to school. Mathilda meets with the headmistress, who readmits her but insists she stop telling lies. Mathilda confesses the true reason for her absence. Mathilda then walks into a field near the school with Léon's houseplant in hand. She digs a hole and plants it, as she had told Léon he should, to give it roots.
Jean Reno as Leone "Léon" Montana, a professional hitman.
Gary Oldman as Norman Stansfield, a corrupt DEA agent.
Natalie Portman as Mathilda, a twelve-year-old girl who sets out to avenge her four-year-old brother's murder.
Danny Aiello as Tony, a mafioso who gives Léon his jobs.
Michael Badalucco as Mathilda's father
Ellen Greene as Mathilda's mother
Peter Appel as Malky
Willi One Blood as Blood
Don Creech as Neal
Adam Busch as Manolo
Keith A. Glascoe as Benny
Randolph Scott as Jordon
George Martin as Receptionist
Elizabeth Regen as Mathilda's Sister
Carl J. Matusovich as Mathilda's Brother
Frank Senger as Fatman
Lucius Wyatt Cherokee as Tonto
Maïwenn as the blonde girl

While most of the interior footage was shot in France, the rest of the film was shot on location in New York. The final scene at the school was filmed at the Stevens Institute of Technology in Hoboken, New Jersey

Léon: The Professional received favorable reviews from critics As of January 2011, the film holds a "Certified Fresh" rating on Rotten Tomatoes, with an aggregate rating of 79% based on 42 critical reviews, and the consensus, "Pivoting on the unusual relationship between seasoned hitman and his 12-year-old apprentice — a breakout turn by young Natalie Portman — Luc Besson's Léon is a stylish and oddly affecting thriller".

Mark Salisbury of Empire magazine awarded the film a full five stars. He said, "Oozing style, wit and confidence from every sprocket, and offering a dizzyingly, fresh perspective on the Big Apple that only Besson could bring, this is, in a word, wonderful" Mark Deming at AllMovie awarded the film four stars out of five, describing it as "As visually stylish as it is graphically violent", and featuring "a strong performance from Jean Reno, a striking debut by Natalie Portman, and a love-it-or-hate-it, over-the-top turn by Gary Oldman".Richard Schickel of Time magazine lauded the film, writing, "this is a Cuisinart of a movie, mixing familiar yet disparate ingredients, making something odd, possibly distasteful, undeniably arresting out of them". He praised Oldman's performance as "divinely psychotic".

Roger Ebert awarded the film two-and-a-half stars out of four, writing: "It is a well-directed film, because Besson has a natural gift for plunging into drama with a charged-up visual style. And it is well acted." However, he was not entirely complimentary: "Always at the back of my mind was the troubled thought that there was something wrong about placing a 12-year-old character in the middle of this action." "In what is essentially an exercise—a slick urban thriller—it seems to exploit the youth of the girl without really dealing with it." The New York Times' Janet Maslin wrote, "The Professional is much too sentimental to sound shockingly amoral in the least. Even in a finale of extravagant violence, it manages to be maudlin ... Mr. Oldman expresses most of the film's sadism as well as many of its misguidedly poetic sentiments

Léon: The Professional was nominated for seven César Awards in 1995 and Norman Stansfield has since been named by several publications as one of cinema's greatest villains

Léon: The Professional was a commercial success, grossing over $45 million worldwide on a $16 million budget

There is also an extended version of the film, referred to as "international version" or "version intégrale". Containing 25 minutes of additional footage, it is sometimes called the "Director's Cut" but Besson refers to the original version as the Director's Cut and the new version as "The Long Version". According to Luc Besson, this is the version he wanted to release, but for the fact that the extra scenes tested poorly with Los Angeles preview audiences. The additional material is found in the film's second act, and it depicts more of the interactions and relationship between Léon and Mathilda, as well as explicitly demonstrating how Mathilda accompanies Léon on several of his hits as "a full co-conspirator", to further her training as a contract killer 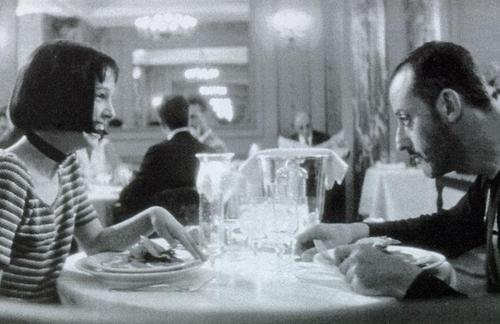 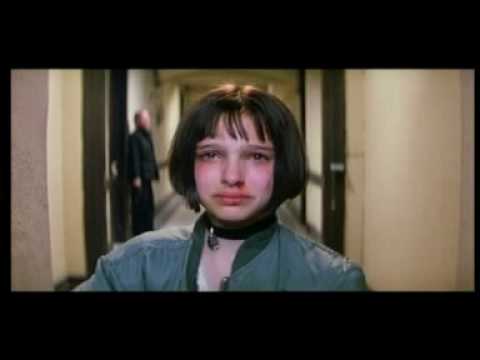 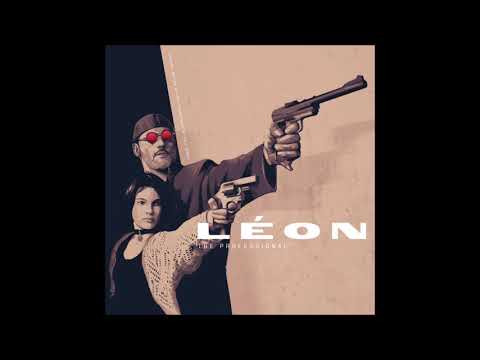 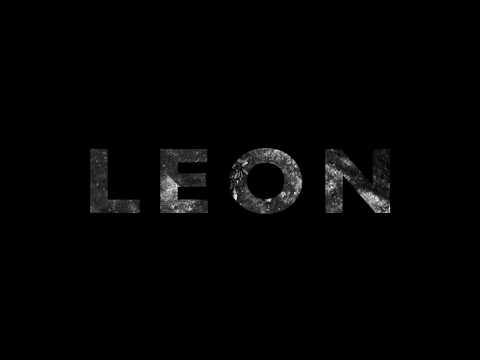 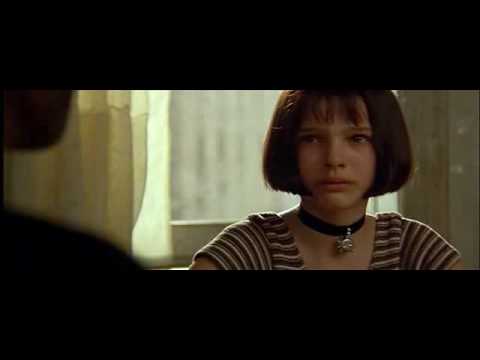