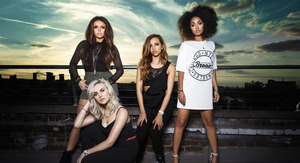 With the release of their new single 'Salute' just around the corner and a successful stint with Demi Lovato across the US, Digital Spy caught up with the pop group to talk about their success and what's coming up next.

Hi Little Mix - 'Salute' seems to be a popular single choice among your fans.
Leigh-Anne Pinnock: "I think from the start, as soon as we were in the studio and we heard 'Salute' - when we heard the beat we just got so excited and started writing things over it. Sometimes it takes a while to get a song whereas that just came and it was sick. We were jumping around and we were partying, and when the album came out, everybody just seemed to love it - even boys, girls, women, our mums, our dads - everybody just loved it. It's a perfect close to the Salute campaign."

Were there any other songs on the album that you would have liked to release as a single?

Perrie Edwards: "Oh, loads. 'Boy' would be cool but because it's mostly acappella it would have been a bit hard to get radio play. I still think we could have done it because people would've heard it on the radio and been like, 'Ooh'. It's different but, I don't know, I think loads of songs on the album would still wanna be singles."

The reaction you received while on tour in America with Demi Lovato was very positive.

Perrie: "Yeah, it was so much fun. It went better than we thought, didn't it? We were really nervous, we put in a girl band medley because people might not know our music but literally, they knew all the words, they knew the dance moves. We didn't really expect to have that kind of reaction. The first show we were backstage and we were like, 'Oh people might not know who we are', and we were like, 'What are we gonna do if we go out and everyone's like ugh?' The screen started coming on and it was like, 'Perrie, Jesy, Jade, Leigh-Anne, Little Mix', and then everyone just started screaming, and we were like, 'Oh! Really?' and it was just wicked because we weren't expecting anything like that, so we just absolutely loved it."

Perrie: "Oh yeah, what the hell! That was so random! I didn't even know it was her, I was just like, 'Who is this weird snowman on stage with us?' She nearly fell off the stage as well. We had no idea, so when it happened we were like 'Ahh'."

So you definitely had no idea?

Jade Thirlwall: "We had no idea. She had it organised, obviously, but we had no idea. We couldn't do anything about it, we were just like, 'Oh go on then'."

Did you get your own back at any point?

Perrie: "No, because that was the last night! We left after that. It was really funny, though. Usually we do pranks and stuff on people, and we thought the Americans might not get it, if we do a prank on them they might be offended, so we left it for the tour and she ended up getting us. So watch out, Demi - we'll get you back."

You've started working on album number three, so from the early sessions, what can we expect?

Jesy Nelson: "Well, I never thought we'd say it but we're actually finding this one quite hard. We know what we wanna do but we're in the early stages of it so it's still coming together. [It will be] kind of similar to [Salute], but even more cooler, and even more over the top with the production. We just always wanna step up. Obviously DNA came out and we were buzzin' about it, we were so excited, and then Salute came out and we thought, 'Oh my gosh'. We worked so hard on it - even just 'Salute' the song, we're so proud of it that it's hard to top that."

Leigh-Anne: "So now we're just gonna have to get in there and get ready - yeah 'cus everyone says that the second album is the hardest but I think the third is the hardest. We're getting there, we're just so busy at the moment as well so we haven't really had that many writing sessions. Remember though, when we heard 'Wings' and we heard 'Salute' and we heard 'Move', we knew it was the right one, so I think we just have to wait to hear that right song. We always have that moment when you go in and then there'll just be one song and you're like, 'That's definitely gonna be it'."

Have you got your eye on some new producers?

Jesy: "Yeah we love meeting new people, up and coming. With new people as well, they like to go all out and try and impress you, so I think that's when you get the most quirkiest productions. For me, personally, I love hearing new people's stuff - they've got a hunger for it."

The girl group fans out there will want to know if you'll be working with Girls Aloud's Nicola Roberts again for this album?

Jade: "Yeah, we've had a few sessions. We're just going to see where everything goes, I think. We'll test the waters."

Little Mix's new single 'Salute' is officially released in the UK on June 1.
ApatoTorsoFP and ApatoTorso13 like this
computerguy Interesting! 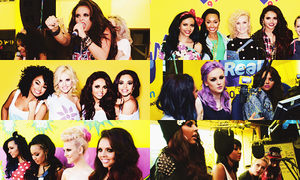 2
Perrie and Leigh - Word Up!
added by mjlover4lifs 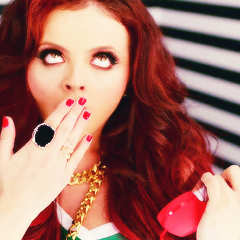 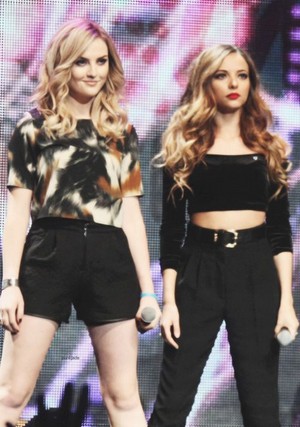 1
Perrie and Jade♑
added by ChrissyStyles1 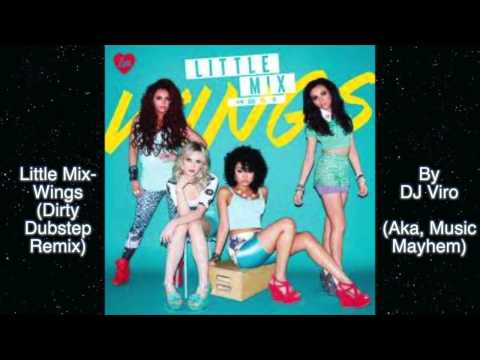 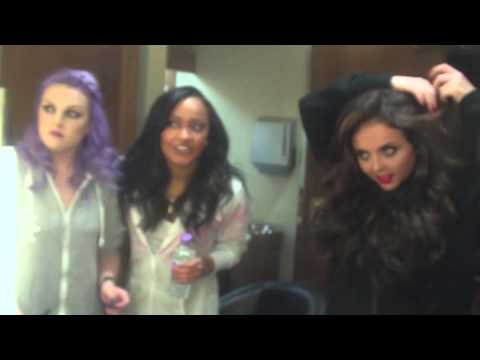 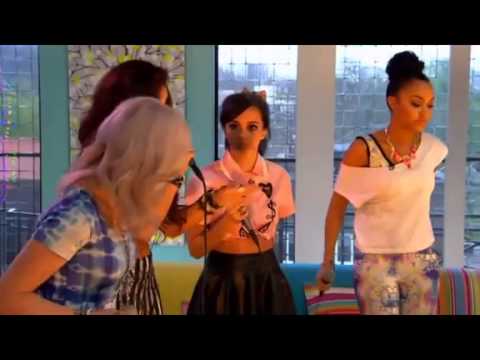 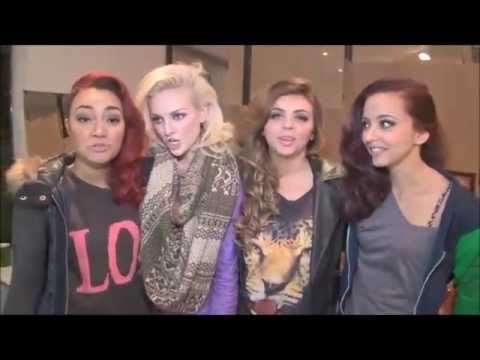 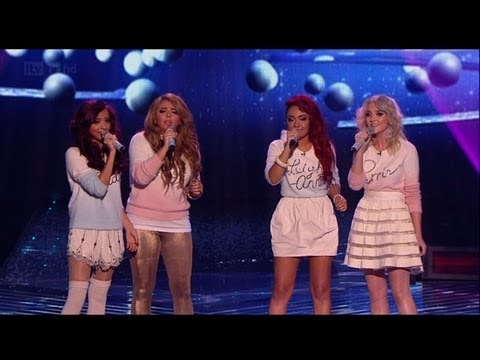 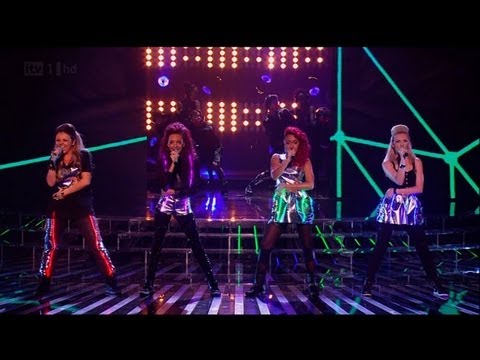 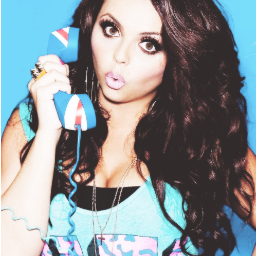 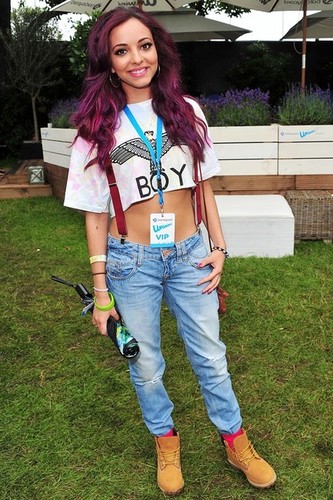 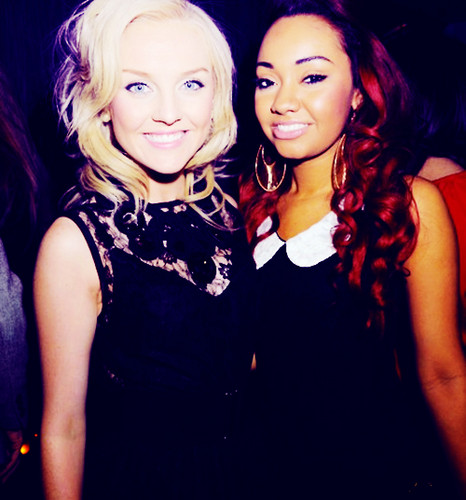 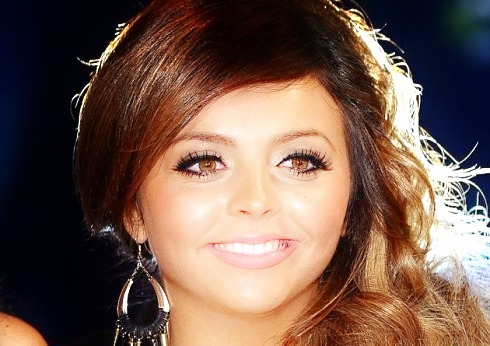 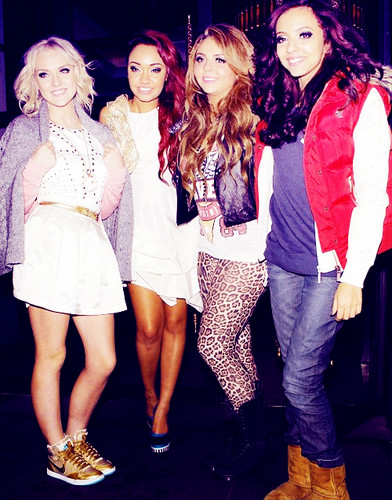 Little Mix;
added by tonyziva1234
Source: found on tumblr, not mine