Of course, with anthems like ‘Salute’ in Little Mix’s repertoire, it’s no wonder that the band is empowering other women. PopCrush picked Jade’s brain on what she would tell her younger self, who her role models are and what she always takes on tour. We couldn't resist asking her a few fan questions, including what her favorite emoji is!

Check out our conversation with Jade below.

‘Little Me,’ one of my favorite songs off the new album, you guys look back at what you wish you knew when you were younger. If you had the chance to talk to your younger self, is there anything you would her to know or any advice you would give her?

I think I would say just not to worry. I spent so much of my time when I was growing up just worrying about what people thought of me, about my appearance, how I should act should act in school, how to … be popular and all that rubbish. Stop worrying about everything. Everything’s going to be okay. Just be a good person, try your best and that’s all you can do, really. If someone doesn't like that, it doesn't matter.

On that note, so many of Little Mix’s songs are empowering to women. Is there one role model in your life who has really inspired you?

Probably my mom is the most inspiring person. And I think each of them, actually. We inspire each of them because we’re stronger as a group and as whole. I’d say also Beyonce’s a really good role model because … she’s really good at being a pop star and maintaining that in her personal life and being respectful at the same time.

Speaking of being onstage, you guys are touring this summer. Do you have any tour must-haves?

I always bring English tea bags because the tea over here isn’t the same. What else do I bring? I always bring a teddy bear to cuddle into and I’ve got a bear so I’m not lonely. And dry shampoo because when I tour, I very rarely wash my hair.

I have a couple of fan questions for you. The first is: What is your funniest Little Mix memory?

I think just touring in general. Literally, when we’re together every single day. We can’t stop laughing and I think that’s why we have such a good time. Especially on tour, because on the tour bus and stuff, it’s constantly having a laugh, watching movies together, and all that kind of thing.

My favorite emoji is definitely the sad face, like the “See, I’m sorry” sad face, which I use all the time … Or the monkey face, where he’s covering his eyes.

Do you use emojis a lot?

Not all the time. I usually just use those two ones.

Another fan asked: What is your morning routine?

My morning routine is get up, shower, brush teeth, cleanse, moisturize. It depends, really. Every day is different in the world of Little Mix. Usually, I guess we get us and we rehearse or we do some promo for a radio station. It changes every day, which is quite good, because I don’t like having a normal job.

Last fan question: If you could live any day as a male celebrity, who would you be and why?

Ooooh, I would choose Ed Sheeran because he’s very cool, he’s very talented and I’m sure he has a lot of girls falling at his feet all the time. It would be nice to have that for a change.

You could be a ladies man if you wanted to!

Definitely! I find it really funny that men can always get away with being a ladies man. Everyone thinks it’s really cool. But a girl can’t really date boys all the time because everybody looks down on her. I think boys get away with things so much easier.

Right, and girls can get such a bad rap for it. Is there anything else you want to tell your fans?

Thanks again for all the support all the time, especially in America because if it wasn't for the interest in States, we wouldn't be able to come over here and do music. We’re very lucky and it’s all thanks to them. If anybody wants to come see us again, we’ll be touring in September, all over America, which is very exciting. 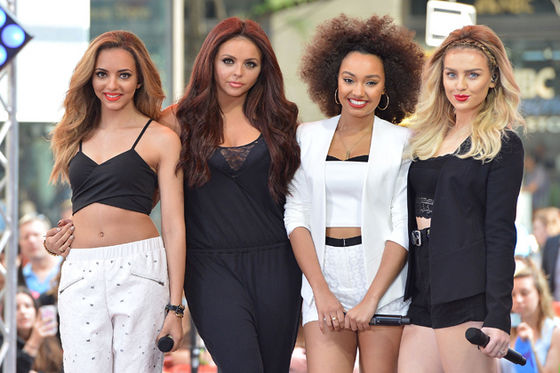 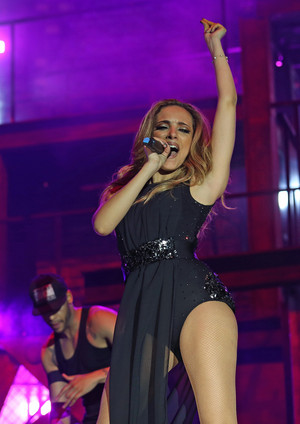 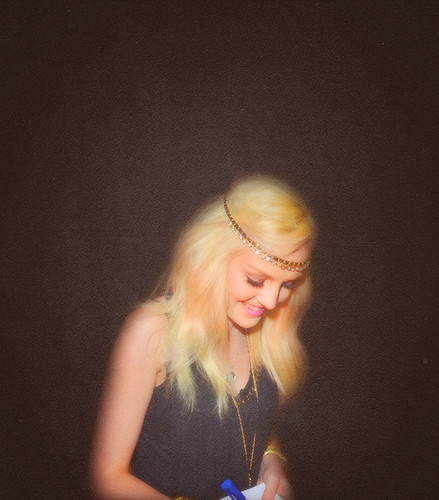 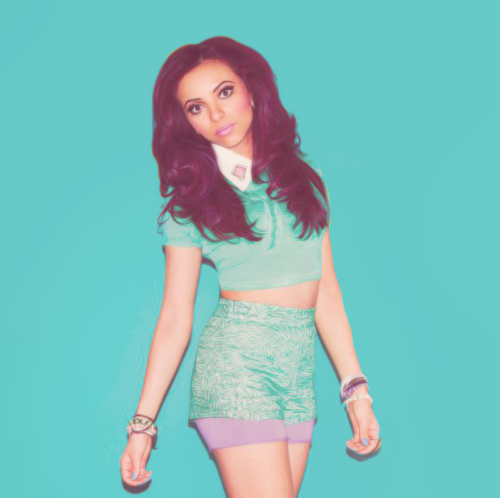 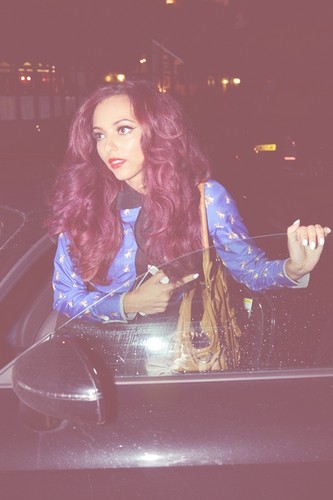 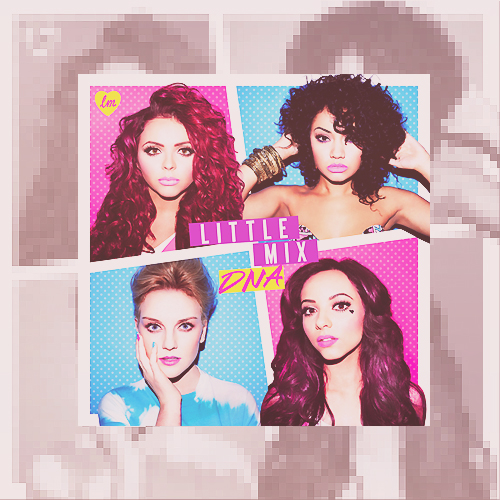 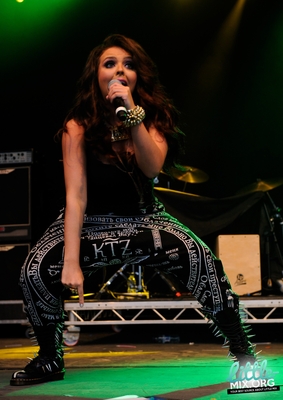 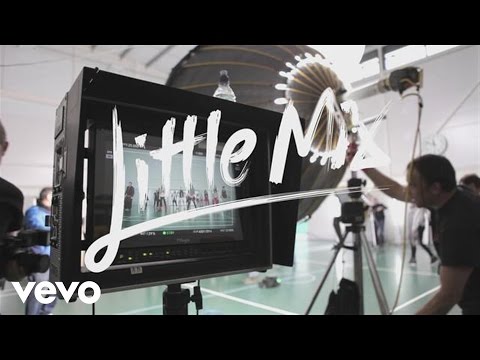 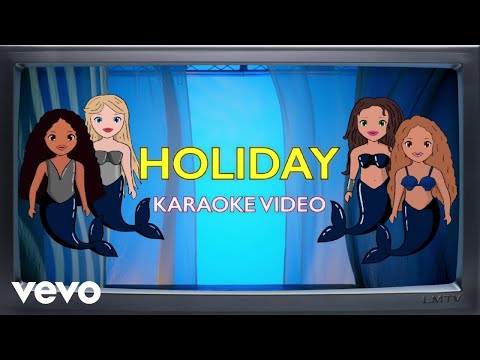 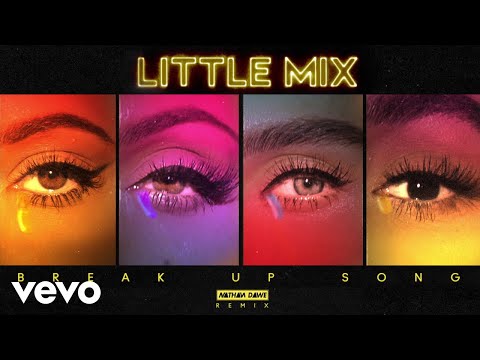 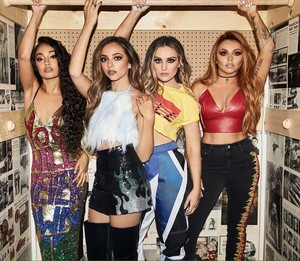 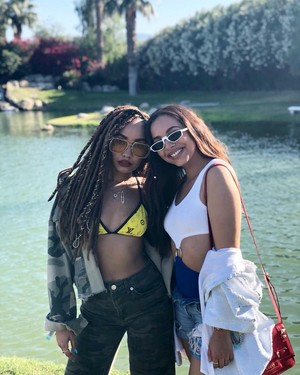 Jade and Leigh
added by angy91 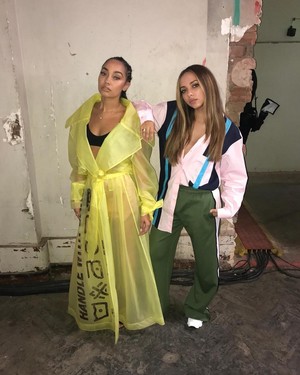