4
50 Facts About Little Mix You Need To Know!
posted by Annahime
You think you know Little Mix better than anything else? Think again! But you don't have to in front of your fellow mixers after reading these facts! Get your knowledge about Little Mix ready to grow!


1. Perrie went to the X-Factor only because her mum promised to get her an iPhone if she does.

2. They were originally known as Rhythmix, but had to change their name due to complications with a children’s charity with the same name.

3. Jade competed on The X Factor during season 5 and 7, before auditioning again for season 8 and winning with Little Mix.

5. Jade’s nickname used to be Pickle because she was “so cute you could keep her in a pickle jar”.

6. Perrie says that she eats 9 packets of crisps a day – but she still looks amazing!

7. Leigh-Anne has a phobia of flies, and just anything that flies in general.

8. If Perrie wasn’t in Little Mix, she confessed that she’d be at home watching the Disney Channel.

10. Perrie likes to wear the bracelets that fans make and send to her.

11. ‘Change Your Life’ was one of the first songs the girls wrote together.

12. Jesy once said that her favourite One Direction members are Zayn and Niall.

13. If they could sing with any male singer, Perrie would sing with Steve Perry, Leigh-Anne with Usher, Jade with Stevie Wonder and Jesy’s would be Plan B.

15. Jade is a patron for the charity Cancer Connections.

16. Jesy said she loves Jade because she’s cute and innocent on the outside, but feisty on the inside and says stuff you wouldn’t expect her to.

17. Perrie once ate a dog biscuit when she was little, and people think that she still eats them!

18. Jade confessed to a weird addiction – boxes. If she has something, she has to put it in a box!

19. Leigh-Anne is the most organized member in Little Mix.

20. The girls say that Leigh-Anne’s most annoying habit is when she makes weird noises whilst itching her throat.

21. Apparently Perrie’s most annoying habit is that she always shakes her leg when sitting cross-legged.

22. Jesy takes the longest to get ready out of all the girls, and they find it annoying.

23. Jesy suffered from Alopecia when she was 13, brought on by stress from being bullied in school.

24. Perrie and Jesy, and Jade and Leigh-Anne were both originally put in different girl groups on The X Factor, but did not make it through.

25. ‘DNA’ is certified Gold in both Australia and Ireland, and Platinum in the UK.

26. Their second album, ‘Salute’, peaked at number four on the UK Albums Chart, and is certified Gold.

27. Little Mix signed a deal with Schwarzkopf in 2013, in which they promoted their hair dye Live Colour XXL in their music video for “How Ya Doin?” with Missy Elliot.

28. They apparently signed a deal with Vivid and Bravado in 2012 to release their own range of dolls, puzzles, accessories and games.

29. In The X Factor‘s eight-year history, Little Mix was the first girl group to make it past the seventh live show.

30. Jesy told "You" magazine that she feels weird when photographers ask her to be sexy!

33. Jade and Perrie lived five minutes away from each other and knew the same people but never met each other before X-Factor.

35. The band's main motto is "Always be Yourself"

36. Jesy moved school five times because she was bullied.

37. Perrie's brother used to call her "u-no-brow" because her blonde eyebrows were hardly visible.

39. Jade has height and spider phobia.

40. En Vogue's "Don't Let Go" is the song that first really brought the girls together as artists.

41. Jesy would rather eat dog poop than bread and butter!

42. Perrie doesn't mind the fact that she can't smell!

43. Perrie's favorite movie is "The Notebook" which was adapted from Nicholas Spark's novel.

45. Jesy and Perrie were put together in a band called Faux Paus.

46. Jade and Leigh-Anne were two-thirds of the band Orion before Little Mix.

47. The group have described their upcoming album as "old-school pop, R&B with modern beats in it". They also described it as "a lot of different sounds". They have all expressed a desire to collaborate with former mentor Tulisa on the record.

50. Jade would like to date Johnny Bravo if she could!

How many facts did ya know? Feel like a complete mixer, well, here's the thing: you are one! Toodles! ♥
ApatoTorsoFP, mjlover4lifs and 2 others like this
FangirlsUnite Well I alreadu knew these, but good work 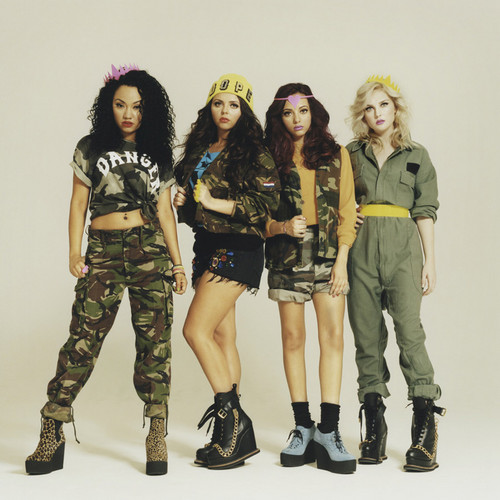 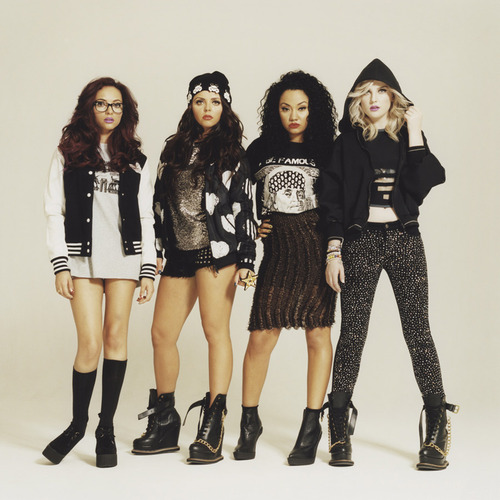 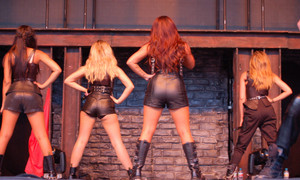 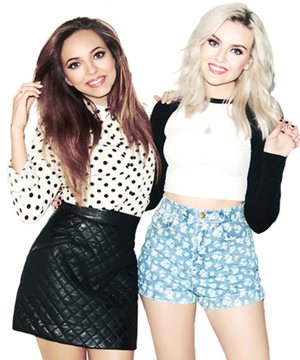 1
Jade and Perrie
added by ChrissyStyles1 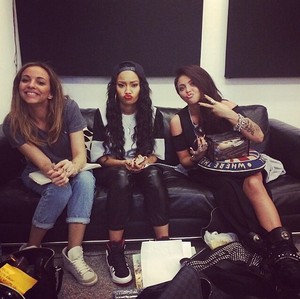 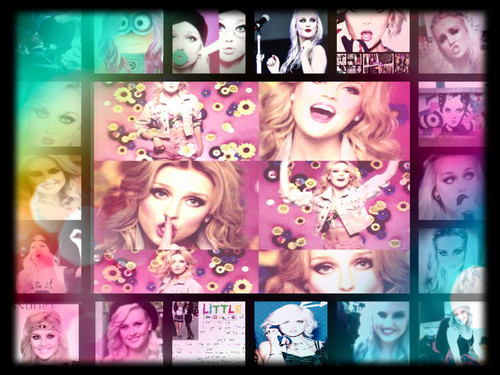 our perrie<3
added by tegan_littlemix 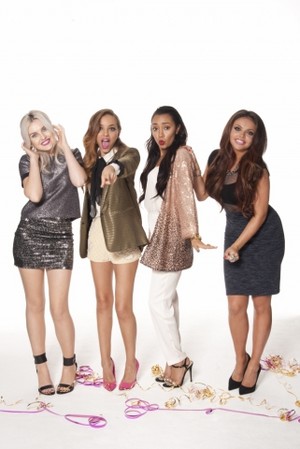 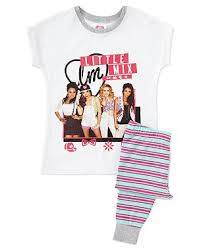 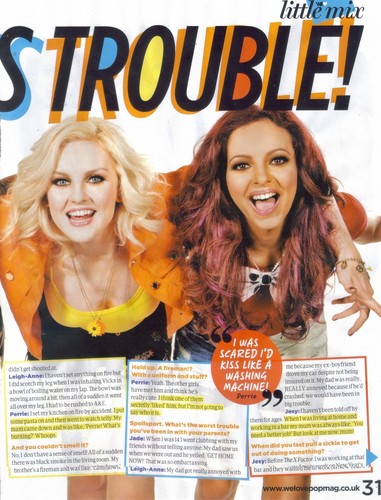 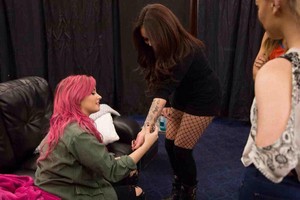 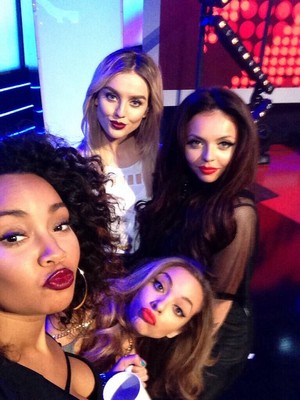 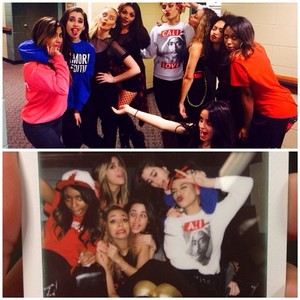 2
Fifth Harmony posted this on their Instagram of them and the girls on tour!! :'( ❤❤❤❤
added by mjlover4lifs 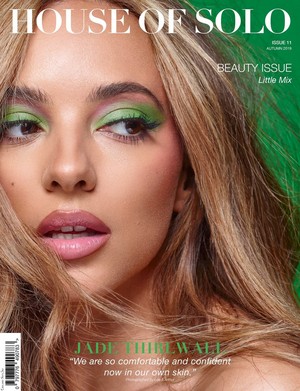 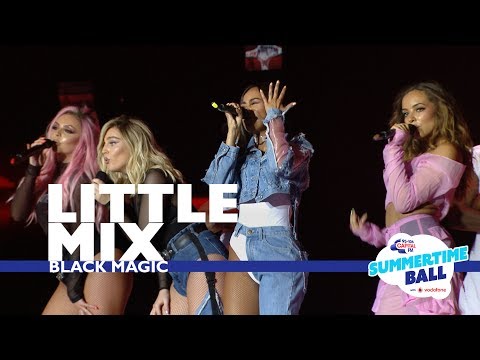 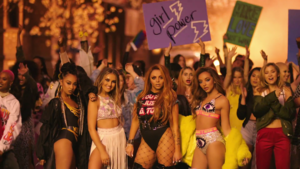 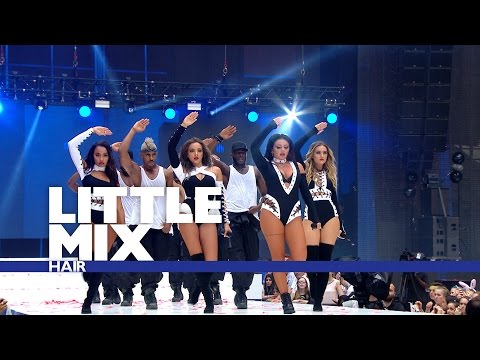 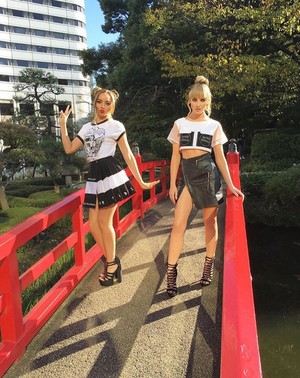 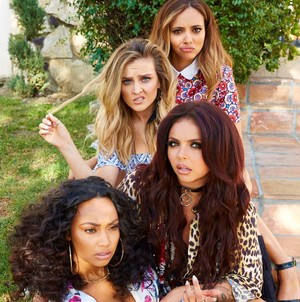