Fernando Torres became the first Liverpool player to score in seven consecutive home league games as Rafael Benitez's side easily overcame Blackburn 3-1.
Torres scored his 30th goal of the campaign in his debut season at Anfield and was joined on the scoresheet by Steven Gerrard - with his 21st of the season - and Andriy Voronin.

In a week that started with Liverpool's dramatic progress into the Champions League semi-finals, and ended with more trouble in the boardroom, it was football that eventually took centre stage.

Liverpool have now moved five points clear of Everton in fourth place, and with just four games left they will now be firm favourites for a place in next season's Champions League.


Rovers did well to keep Liverpool quiet for an hour, but once Gerrard had scored a fine goal, there was no way back for Mark Hughes' side.

Liverpool made three changes from the side that beat Arsenal on Tuesday, with Alvaro Arbeloa, Lucas and Ryan Babel all in the starting line-up.

Javier Mascherano completed his three-game suspension, while Sami Hyypia and John Arne Riise were on the bench.

Blackburn, who have a more than decent recent record against Liverpool, left out Andre Ooijer and restored Brett Emerton to defence.

After the excitement and pure theatre of the Champions League, Liverpool needed to get back to basics to maintain their grip on fourth spot.

But not surprisingly, Anfield on a grey, wet Sunday lunchtime did not quite possess the atmosphere of a red-hot European night.

After the minute's silence for the 19th anniversary - on Tuesday - of the Hillsborough tragedy, the game started very low key.

The first chance came after nine minutes when Gerrard, playing his 300th league game for the club, saw a whipped in cross flicked narrowly wide by Torres.

Soon after Gerrard managed to upset referee Alan Wiley when he went down far too easily as Rovers goalkeeper Brad Friedel came out to meet him on the left of the box.

The Staffordshire official was rightly quick to warn the Liverpool skipper, who escaped a yellow card.

Wiley ignored far more obvious claims for a free-kick when Christopher Samba bundled Gerrard over on the edge of the box.

And when Torres and Dirk Kuyt combined to set-up Gerrard for a 20-yard shot that looked to be deflected wide the official gave a goal-kick, much to the growing anger of the home crowd.

Kuyt then saw a 25-yard shot held by Friedel before the Dutch forward headed just wide from a Gerrard free-kick.

Warnock received a tremendous reception from the Kop at the start of the second-half, the young full-back having played 67 games for Liverpool before moving to Ewood Park 15 months ago.

After 59 minutes, Benitez introduced Yossi Benayoun in place of Babel and his energy was instrumental in the early build-up to a fine Gerrard goal on the hour.

Benayoun won possession and fed Lucas, the Brazilian exchanging passes with Gerrard before the Liverpool skipper cut into the box and side-footed the ball past Friedel.

Roberts appealed for a penalty in the 71st minute after a clash with Martin Skrtel, replays suggesting he was more sinner than sinned against.

But when the same pair clashed again a minute later, Skrtel was booked.

Rovers, who sent on Benni McCarthy for Pedersen a minute later, were far from out of it and David Bentley sent a 25-yard free-kick just wide.

But Liverpool went further ahead after 82 minutes.

Lucas won possession and fed Gerrard on the right. When his cross curled into the box, Torres was there to head past Friedel.

Gerrard was denied another penalty by the official as he fell under a Samba challenge, before Torres was spared any further involvement, allowing Voronin a late run-out.

In injury-time Santa Cruz fired home after a poor header from Skrtel, but by then the points had been well won by Liverpool.

Gerrard celebrates landmark
Gerrard told Sky Sports: 'It's a really proud day to clock up that many games. It's a great day, a good performance, we're just disappointed with conceding late on.

'Blackburn were very good defensively, we had to be patient but eventually the opening came.'

Gerrard and Torres have now scored more than 50 goals between them this season, and the skipper paid tribute to the Spaniard's impact since his move from Atletico Madrid last summer.

'He's a good player, he makes good runs and he's a pleasure to play with,' Gerrard added.

'To get 30 goals in his first season is unbelievable and I'm sure he's got a few left.'

Victory took Liverpool five points clear of city rivals Everton in the race for the final Champions League spot after the Toffees could only draw with Birmingham yesterday.

'It was important to make it five points,' Gerrard said.

'It's going to be a good chase but we're confident we can achieve fifth place.'

Liverpool have been in the news for the wrong reasons this week after co-owner Tom Hicks called for chief executive Rick Parry to resign, and Gerrard admitted his disappointment at the publicity.

'We're Liverpool Football Club, we're better than that,' he said.

'But we (the players) have got more important things to worry about.'

Liverpool manager Rafael Benitez revealed he will be talking to the board 'as soon as possible' and expressed his 'surprise' at the public nature of the row.

'I was surprised it was something I could read in the press,' he said.

'I will talk with the board, I think it's important for me to try to understand the situation.'

Benitez was pleased his players kept working to get the breakthrough and was not surprised by the names on the scoresheet.

'We knew that it would be tough so we needed to keep going, keep working,' he told Sky Sports.

'At half-time we told them to keep playing football because we knew we could score but also we knew it could be difficult.

'The understanding between Gerrard and Torres was, at the end, the key.'
swarleyhabana, lovedeath26 and 2 others like this 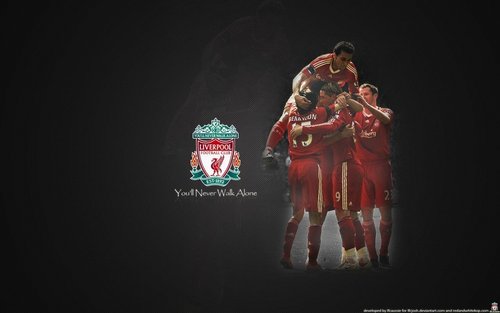 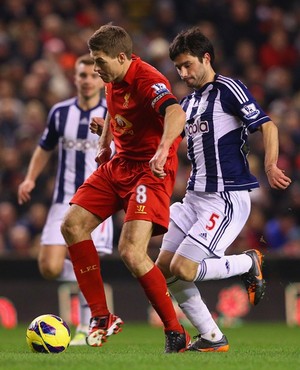 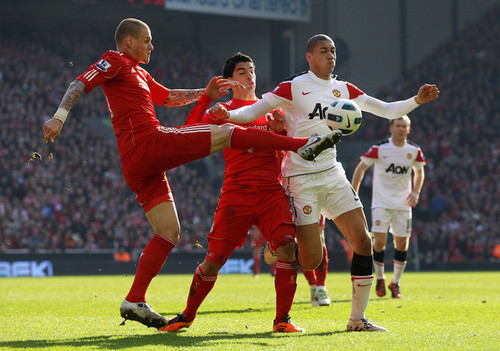 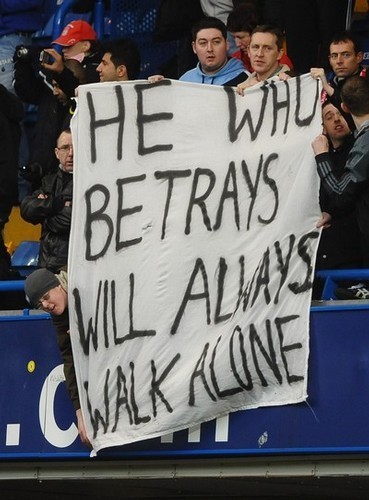 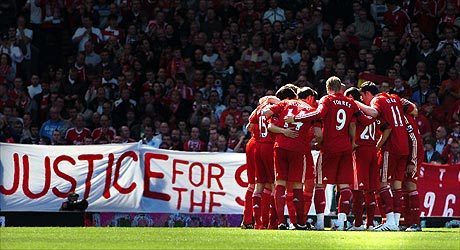 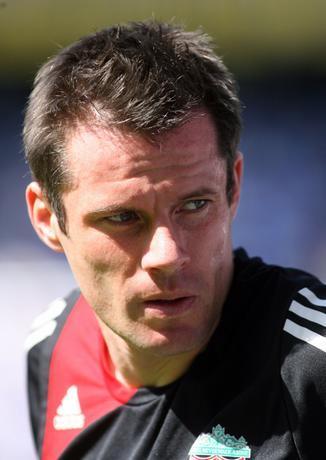 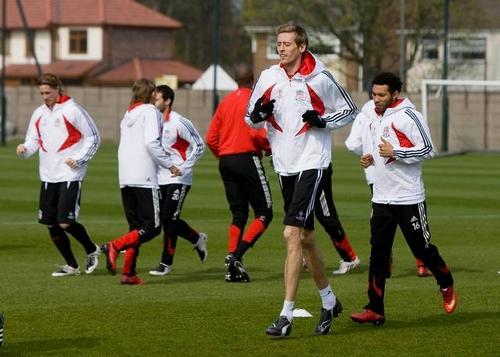 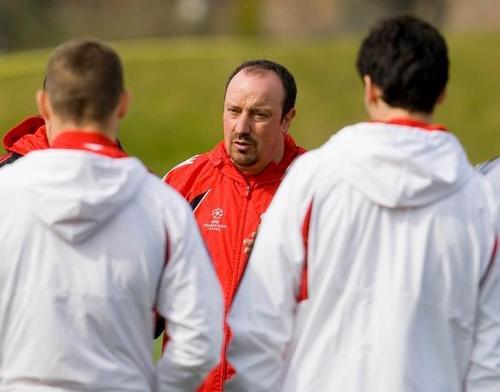 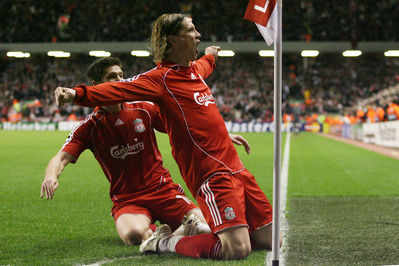 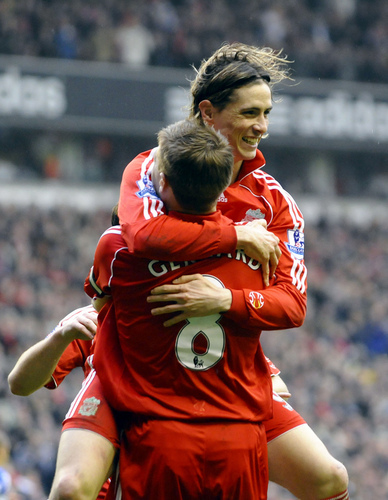 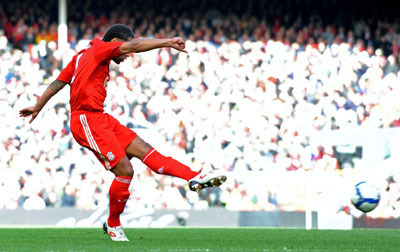 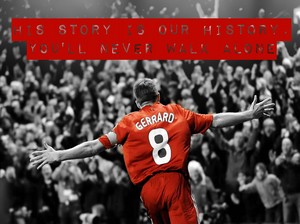 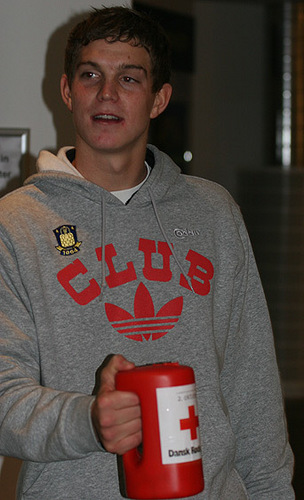 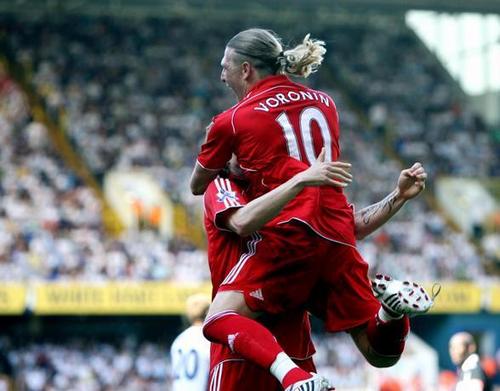 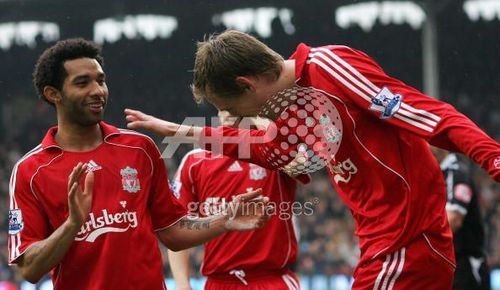 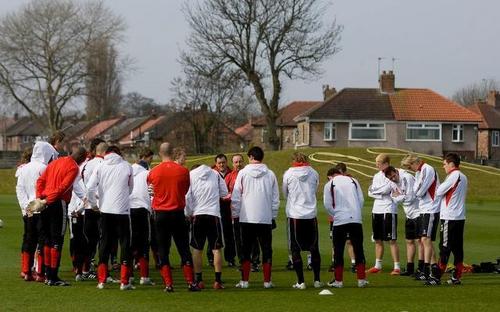 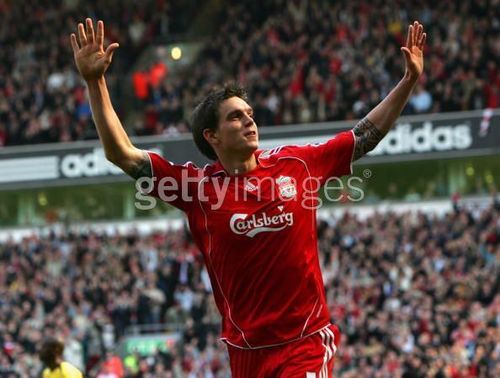 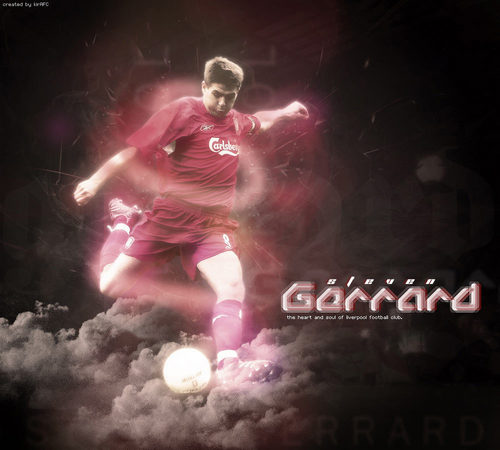