17
Loki Quotes (The Avengers)
posted by sideshowbobbart
Loki: In the end, it will be every man for himself...

Loki: How desperate are you that you would call upon such lost creatures to defend you?
Nick Fury: How desperate? You threaten my world with war, you steal a force you can't hope to control and you kill cause its fun. You've made me VERY desperate.
Loki:Ou! It burns you to have come so close. To have the teceract. To have power. Unlimited power. And for what? A warm light for all man kind to share. ANd then to be reminded what real power is.
Nick Fury: Well let me know if real power wants a magazine or something

Loki: You would trade a whole planet for the life of one person? What does he owe you?
Natasha Romanoff: I've got a little red in my ledger, I'd like to get it out with his help.
Loki: Can you? Can you get out that much red? Vanko, Tugenov, Romanoff... Barton told me everything. Your ledger is dripping, it's gushing red, and you think saving a man no less virtuous than yourself will change anything? This is the basest sentimentality. This is a child at prayer... PATHETIC! You lie and kill in the service of liars and killers. You pretend to be separate, to have your own code, something that makes up for the horrors. But they are a part of you, and they will never go away!
Natasha Romanoff: You're a monster!
Loki: No, you brought here the monster.
Natasha Romanoff: Banner... that's your play.

Loki: What have I to fear?
Tony Stark: The Avengers. It's what we call ourselves, sort of like a team. "Earth's Mighiest Heroes" type thing.
Loki: Yes, I've met them.
Tony Stark: Yeah, takes us a while to get any traction, I'll give you that one. But let's do a head count here: your brother the demi-god; a super soldier, a living legend who kind of lives up to the legend; a man with breath-taking anger management issues; a couple of master assassins, and YOU, big fella, you've managed to piss off every single one of them.
Loki: That was the plan.
Tony Stark: Not a great plan. When they come, and they WILL, they'll come for you.
Loki: I have an army.
Tony Stark: We have a Hulk.
Loki: I thought the beast had wandered off...
Tony Stark: You're missing the point! There's no throne, there is no version of this where you come out on top. Maybe your army comes and maybe it's too much for us but it's all on you. Because if we can't protect the Earth, you can be damned well sure we'll avenge it!

Steve Rogers: What's the matter, scared of a little lightning?
Loki: I'm not overly fond of what follows.

Thor: Loki is a prisoner.
Nick Fury: Then why do I feel like he's the only person on this boat who wants to be here?

Loki: Please tell me you're going to appeal to my humanity.
Tony Stark: Actually, I'm planning to threaten you.

Nick Fury: This doesn't have to get messy.
Loki: Yes, it does. I've come too far for anything else.

Loki: You will kneel before me!

Loki: [Touches his Tesseract staff to Stark, which only taps against Stark's arc reactor with no effect] That usually works...
Tony Stark: Yeah, well, perfomance issues...

Loki: I am Loki, of Asgard. And I am burdened with glorious purpose.

Loki: [after Thor charges at Loki's duplicate and gets locked in a prison] Are you ever not going to fall for that?

Loki: [after Loki and Barton break into the gala and steal some iridium, Loki then dons his gold armor and helmet and addresses at the frightened crowd] Kneel before me.
[the crowd ignores him and are running around]
Loki: I said. Kneel!
[everyone becomes quiet and kneels before him]
Loki: Is not this simpler? Is this not your natural state? It's the unspoken truth of humanity, that you crave subjugation. The bright lure of freedom diminishes your life's joy in a mad scramble for power, for identity. You were made to be ruled. In the end, you will always kneel.
German Old Man: [the crowd appears terrified by his ability to appear and disappear, but one old man refuses to kneel and rises] Not to men like you.
Loki: There are no men like me.
German Old Man: There are always men like you.
Loki: Look to your elder, people. Let him be an example.
[Loki is about to execute him with his scepter when Steve intervenes, in full Captain America uniform]
Steve Rogers: You know, the last time I was in Germany and saw a man standing above everybody else, we ended up disagreeing.
Loki: The soldier. A man out of time.
Steve Rogers: I'm not the one who's out of time.
Natasha Romanoff: [suddenly Natasha appears in one of SHIELDS aircrafts and points a machine gun towards Loki] Loki, drop the weapon and stand down.
Loki: [suddenly Loki attacks Steve and blasts him with his scepter and knocks him down] Kneel!
Steve Rogers: Not today!
[Steve flips and knocks him out with his leg]

Loki: The Chitauri are coming! Nothing can stop that!
Tony Stark: This is an invitation, not a threat.
Loki: True. For a threat, you would have kept your armour.

Loki: Enough! All of you are beneath me. I am a god, you dull creature and I shall not be bullied...
The Hulk: [Hulk flattens Loki with repeated smashes into the floor] Puny god.

Thor: I thought you dead.
Loki: Did you mourn?
Thor: We all did. Our father...
Loki: [interrupting] Your father! He did tell you my true parentage, did he not?
Thor: We were raised together. We played together. We fought together. Do you remember none of that!
Loki: I remember a shadow, living in the shade of your greatness. I remember you tossing me into an abyss, I, who should have been king!

[Loki awakens to find the Avengers staring at him]
Loki: If it's all the same to you, I think I'll have that drink.

Thor: [referring to humans] You think yourself above them?
Loki: [as if obvious] Well, yes.
DCOffical, Manarules1 and 15 others like this
NordicVeronica1 I love these quotes, especially the Loki/Natasha conversation. I found that disturbing yet so enthralling. But then again, Tom Hiddleston does such a marvelous job as Loki all of Loki's scenes are epic. But really, Loki, you have it all backwards. You tossed yourself into the abyss, silly. Thor just helped you along. xD
PucksLady I can definitely see Tom saying all these quotes. I have yet to figure how someone so bright and funny and cheerful can play Loki's dark and tortured character so well. I can't wait to see the Avengers!
amanda-sefton Thor: [referring to humans] You think yourself above them? Loki: [as if obvious] Well, yes. LOL, my absolute fave!
bri-marie You know, reading the speech between him and Natasha... I have to wonder. Was he seeing a little of himself in her?
LokiAvengers Well the hulk one just makes me sad...
88awesome I love all the quotes and I love all the pics you have of loki he and Chris (Thor) are my absolute favorite!!! I am there biggest fans!!!
jennipop22 I love all of these XD Loki has some of the funniest lines.
NinaK42 So much power in that quotes... I understand why they prevent him to speak at the end of Avengers... They are just jealous of his repartee (sorry if a made misselling, I'm French) 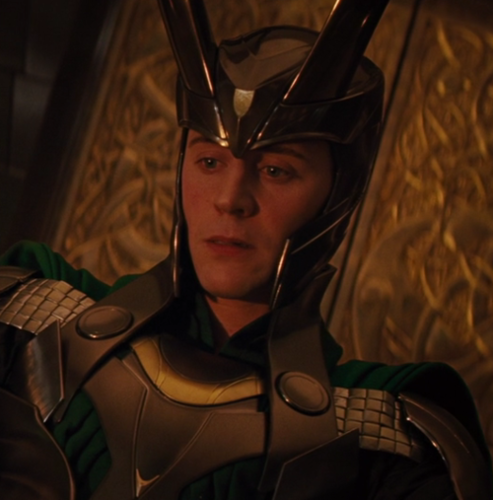 5
Loki
added by milkie
10
Loki Quotes (thor 2011)
posted by sideshowbobbart
Odin: But the day will come when one of you will have to defend that peace.
Young Loki: Do the Frost Giants still live?
Young Thor: When I'm king, I'll hunt the monsters down and slay them all! Just as you did, father.
Odin: A wise king, never seeks out war. But...he must always be ready for it.
[he walks away and the boys run to catch up with him]
Young Thor: I'm ready, father.
Young Loki: So am I!
Odin: Only one of you can ascend to the throne. But both of you were born to be kings!

(In the trailer)
Loki:I will destroy their kind
Thor: You can't kill an entire race
Loki:Then die with them! 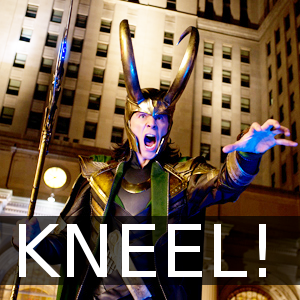 1
KNEEL before Loki
added by healingsprings 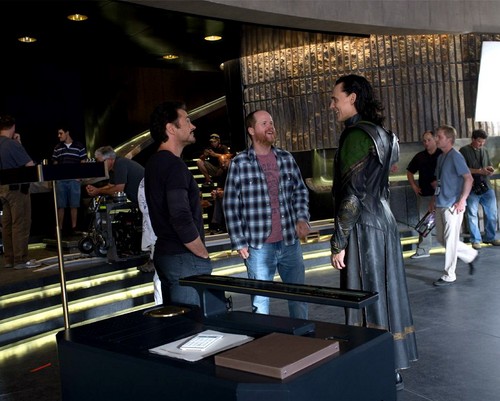 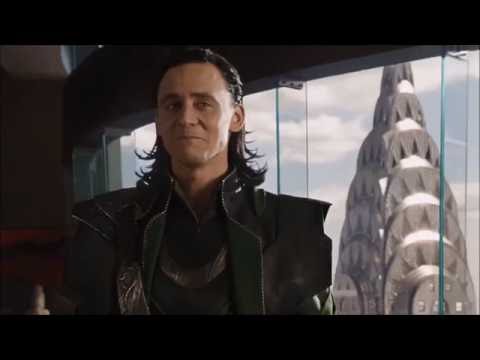 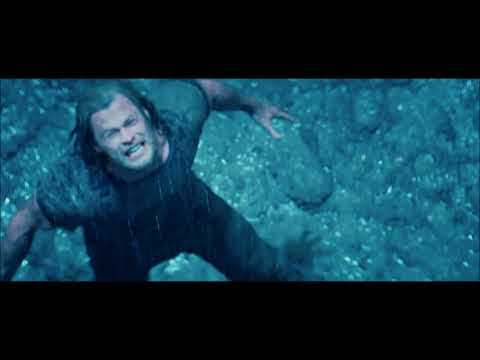