{E.T by Katy Perry}
okay almost every tribute of this song with Loki has been watched and loved ((by my)) this is honestly the perfect song for how much i just love this guy and I wish I had more upbeat and fun songs like this on the playlist but I just rarely listen to songs like this in general, an apology to Loki's spunky side

{Love addict by Family Force 5}
yeah this is just a fangirl song for him as in I sing it with me singing about him like E.T

{Your heart is as black as night by Melody Gardot}
"If i let you hang around I'm bound to lose my mind" trying to reason to yourself that he's technically the villain of the story... and failing

{World so Cold by 12 stones}
this song is one that I only like unto a certain point but man does it remind me of Loki especially the part where these lyrics are playing
"Are you sane?Where is the shame? A moment of time passes you by, you cannot rewind, whos to blame? where did it start? is there a cure for your sickness? have you no heart? I don't believe men were born to be killers, i don't believe the world can't be saved, how did you get here and when did it start? an innocent child with a thorn in his heart..."
this sounds so much like something Thor might say to Loki in the events of Avengers and that last line is basically what Loki is, a child with a thorn in his heart.

{World so cold by Three days grace}
... another world so cold huh? but this one fits too for him all the lyrics seem to encompass his battle with himself

{Bet on it by Zac Efron}
honestly i never would have put high school musical song and Loki together but i saw a Loki video to this song and it just worked...

{Call me by the shinedown}
this one is big reaction to 'Thor: The dark world' if you've seen it or even the commercials here's my Main Loki line in the song "I've said it so many times, I'd change my ways, no never mine, god knows I've tried"

{crawl by Breaking Benjamin}
this one reminds me so much of Loki killing his father with this line "I'm not like you, your faceless lies, your weak dead heart, your black dead eyes' later the song switches the I for "your not like me, your (etc)" this one makes me think of Loki b/c of his whole mission in 'Thor' to cut away everything from his true heritage, his want not to be that monster that he'd been told frost giants were to the point of killing his own father and race but instead it turns into a semi self fulfilling prophecy

{Poor unfortunate souls by Jonas Brothers}
goomies I'm sorry but this song is my guilty pleasure and as sad as Loki's story is one other aspect about him is how much fun he does have being on the dark side!! a remake of the 'Little mermaid' villain song and of course here's my connection "How desperate are you? you call on such lost creatures to defend you."

{Animal I have become by Three days grace}
This song is like a compromise. on one hand it does kinda cover that Loki is lost like "help me believe its not the real me" but also his 'i kinda like the dark side' with "so what if you can see the darker side of me?" eh! got a problem? hehe Loki your so great

{Perfect by Hedley}
one of the things i love about Loki is his big family focus. each movie seems to explore his relationship with each family member "Thor=father and how he wants his respect and love," "Avengers= his relationship with Thor and trying to deny that he has a family" 'Thor the Dark World= his mommy!!" and he loves them all and wants so hard to belong with them but I think being a frost giant shattered his sense of belonging

{Angels by Within Temptation}
"The world may have failed you, that doesn't give you reason..." this is a majority opinion on Loki. they understand the tragedy of his past but in a sad tone they also acknowledge that killing/enslaving people is wrong. and this song is like a sad nod to liking the guy and admitting he did something wrong

{Mad world by Gary Jules}
melancholy. i can't wait for a tribute to be made with the new 'Thor: The Dark World' material of Loki it just fits even more

{Breath of life by Florence and the Machine}
i just do, i don't know why. maybe b/c the song is about wanting something and not getting it, not knowing who's side your on, being caught up with your past. the final note just sounding a bit sad

{Gollum's song by ??}
I was astounded how the lyrics seem to fit him

{Confession by Red}
This is another bubbler song. all the emotions Loki hid behind being a complacent brother, second best, never feeling his father favored him like Thor

{Too cool from Camp Rock}
if you forget that the song is about an elitist teen girl I can't help thinking "Yeah Loki is too cool."

{going under by Evanescence}
i think the title explains it

{Here we are by Breaking Benjamin}
"so here we are, fighting and trying to hide the scars, I'll be home tonight, take a breath and softly say goodbye, the lonely road, one that I should try and walk alone"

{Out from from under by Red}
makes me think of the scene where he let go.LOKI NO!

{I get wicked by Thousand foot Krutch}
just the chorus!

{beautiful liar by Beyonce and Shakira}
because he is

{Almost easy by Avenged Sevenfold}
This one is just great for him like a build up of all his feelings until bam he lost a bit of his mind.

{Be my Valentine by Tim McMorris}
Please?

{Be prepared from The Lion King}
hehe I think this song covers some of Loki's elegance and "I'm surrounded by idiots" attitude and a bit of his plan... except killing the king

{prelude by ??}
I must confess I'm a youtube cruiser. i just kinda stumble onto songs I like and sometimes don't bother with who sang them or even the title sometimes but yes I think of Loki!

{I will not bow by Breaking Benjamin//King of bass}
I've heard both and since i like them both and the lyrics are the same eh why not.

{sweet dreams by ??}
sorry i don't know who sings this but anyway it kinda covers all the lying and lied to with Loki

{criminal by Britney spears}
honestly i just like the first lyric of this song but that's enough to connect Loki and this song together
SherlockStark, xXxDracoxXx and 3 others like this 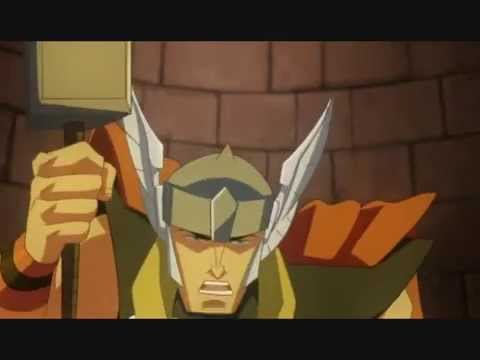 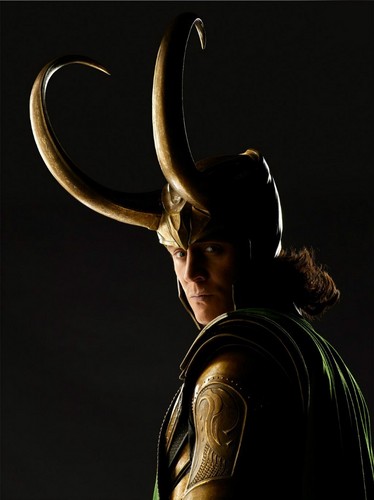 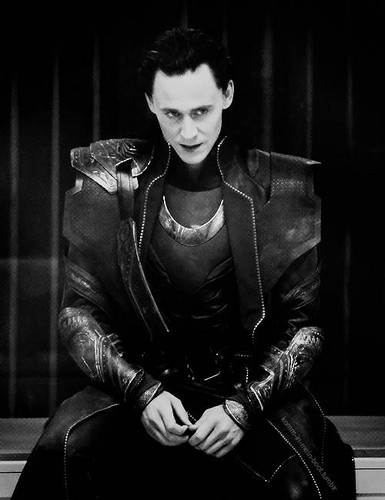 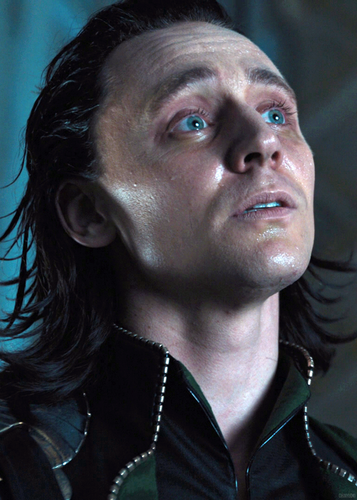 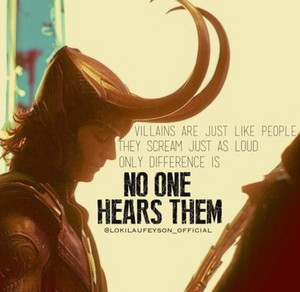 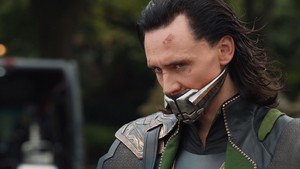 With the Eternal Flame...you are reborn
added by rakshasa
Source: poefinn@tumblr.com 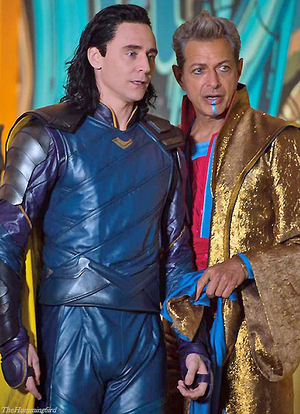