3
Is it fate? part two: Crushes and crashes
posted by canal 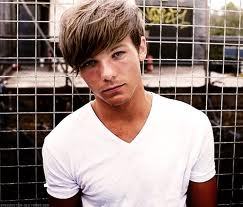 (Louis' POV)
I held her hand the entire time, afraid she would run away. "Isn't the pond beautiful" she asked from where she was perched on my lap. "It is" i smiled wanting to say "not as beautiful as you thought" but i didn't. "So what do you want to do now" Jessie asked turning around in my lap. "I have a few ideas, but you probably wouldn't like them" i said with a grin on my face. "Ha ha, you were going to suggest kissing weren't you" Jessie asked. "Love, i'd only kiss you if you wanted me to" i said my forehead on hers with our nose becoming aware of each other. "Bet you wouldn't do it now" Jessie said with a raised eyebrow. "Bet you i will" I said pecking Jessie on the lips. "Challenge excepted" she said narrowing her eyes pecking me on the lips as well. I just stared at her with a devilish smirk on my face. "Stop being so..so, sexy" Jessie said. "Never" i purred in her ear. "Why do you hate me" she giggled trying to get away. "If i tell you, you won't want to stay in my arms" I said laughing. She stood still and just sat in my arms. "What?" i asked. "I forgot we were supposed to be going home" Jessie said with a sigh. "Then let's go now" I said taking her hand and leading the way. "Wrong way" she said. "Let's go" i said going a different way. "Let me lead" she said going the way i hadn't yet gone.
( Jessie's POV)
He's just so funny, and cute. A minute later Louis' cell phone rang. "Hold on a sec, it's Eleanore, my girl friend" Louis said holding the phone up to his ear. "Oh, ok" I said looking at my feet. I don't get it...if he had a girlfriend why did he kiss me, what is he up to. "Bye, love you baby" Louis said before hanging up. "Shall we go?" he asked as if nothing happened. "Uh..yeah" i replied slowly not knowing what to think. "Something wrong love?" Louis asked. See! He calls me love but, arghh Louis. "N-no i'm just a little...tired" i said fake yawning, but not good enough to fool Louis. "Tell me, what's wrong" Louis asked his grip getting tighter on my hand. "Nothing Louis, i'm just tired..you go run off i'll walk home alone" i said ripping my hand from his and walking off. "Twelve months before i leave" Louis shouted before tuning his back. I didn't know what he meant until i remembered me saying "if we fight you only have a few months until you leave" bad thing we had a fight on the first day of knowing each other like this. To think! It was all going so well.
(Louis' POV)
"I can't believe anything right now! We've only known each other for a few hours and we've gone almost ruining each others lives" I said banging my fists into my car. She seemed to grow odd after i talked to Eleanor. That's it! "I have to find her" i said not bothering with the car and just running down the streets knocking on every door asking if they knew where she lived. Finally i came upon her best friend Louise. Coincident? I think not. "She lives at 195 Orland Street" Louise said. "Thank you so much" i said waving and running towards Orland street. I stopped in front of a big house. "This is my old house" i said looking at the house where Jessie supposedly lived. I knocked on the door. "Oh my gosh. You're Louis Tomlinson" Jessie's sister exclaimed. "Louis?" Jessie said edging forward. "Jessie i'm sorry i pushed you into something i had no buisness in" i said. "Louis, it's not your fault" Jessie said. "Yeah Louis, it's not your fault, it's this little pathetic bipolar bitch's fault" Her sister explained. "Amie!" Jessie said her mouth in awe. Amie slapped her sister and walked off. "Jessie this is my fault" i said looking at the hand print on her face.
(Jessie's POV)
Come in Louis" I said. "Really?" Louis asked. "Yes, we're going into my room" I said pulling his hand along. Once in my room i sat Louis on the bed and pulled out a box of makeup "Okay, no makeovers" Louis said, his hands in front of him. "I'm just going to cover this red mark on my face" i said. "Oh, let me help" Louis said walking over. "What do you know about makeup?" i asked looking into the mirror at Louis behind me. "I have a girlfriend, i know more than you think" Louis said. I laughed and agreed that Louis could help. "I feel like one of those ' my boyfriend does my makeup' shows on youtube" I said laughing. "You wish i was your boyfriend" Louis said wiping the concealer brush across my nose. "You wish i was your girlfriend" i said with a cocky tone. "Touche" Louis said with his eyes narrowed. "Ha! told you" i laughed pointing at Louis who spilled makeup on his stripped shirt. "Ugh, my favorite shirt to!" Louis said sounding disappointed. "Shuck it off and i'll throw it in the washer" i said pulling the end of Louis' shirt up a tiny bit. Louis followed my orders and pulled of his shirt. "Done, now makeup my dear sevant" i said clapping my hands for Louis to come and finish. "Yes your royal hine-ass (meant to be said to sound like highness) will do" Louis laughed. "Look, this royal hine-ass will get you in trouble if you don't finish" I smiled. "Okay, i'm on it" Louis said wiping makeup on my face. "Bet your girlfriend will be proud when she sees how much more you learned about makeup" I said. "Learned from the best you know" Louis said not looking at me. "Touche" i said we both laughed.
benerdy, xayeishax and 1 other like this 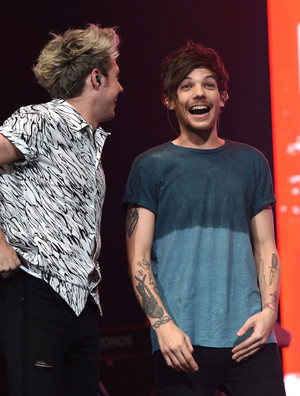 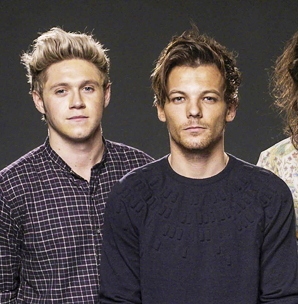 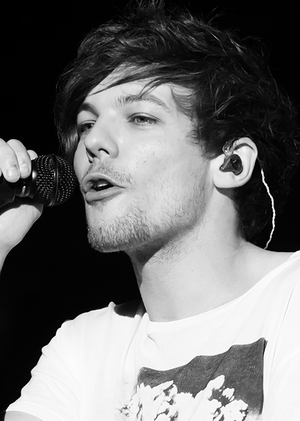 Louis out in LA
added by Blacklillium
Source: onedhqcentral 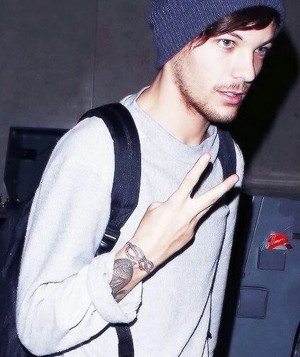 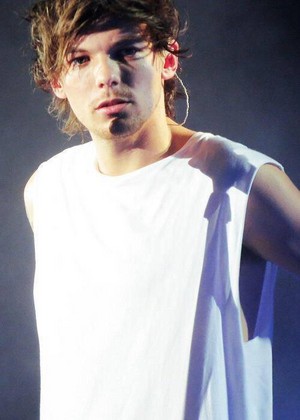 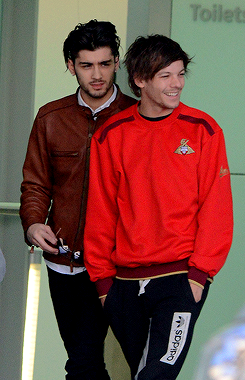 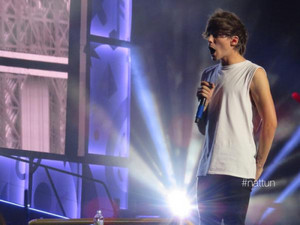 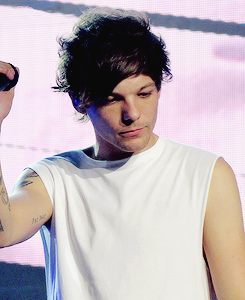 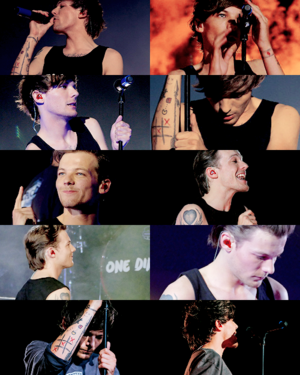