“Nessie!” Zafrina crooned as she caught me in a warm embrace. “I am so glad that you came!” She exclaimed, she turned to Jacob and hugged him as well. “Thank you for sharing her on your honeymoon”. He grinned at her. I felt my stomach rumbling again and I clasped it. “I am so hungry,” I confessed. Jake smiled at me alright lets go get you something then. I looked at him and smiled, “No, I’m more thirsty than hungry…I want to hunt.” I turned back to Zafrina, “Do you mind it will only take a little bit”. She looked at me curiosity...
continue reading...

Dusk Chapters
added by AliceCullen1112
I LOVE the DUSK CHAPTERS! So I created this video put it on Youtube then put it here! I LOVE Dusk Chapters so good luck with the new chapters and the new stories you will create in the future!
video
renesmee
dusk chapters
lovethecullens 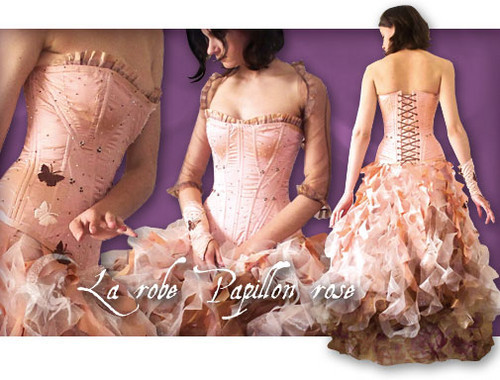 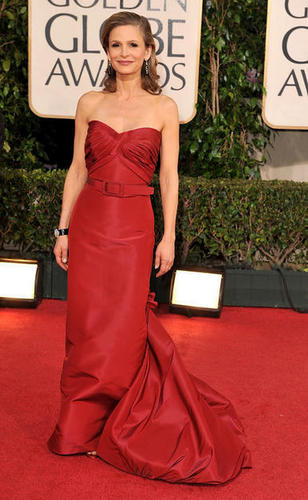 I heard Nessie screaming for me as glass rained down around me, falling over the shocked vampires…well all but Alice and Edward who knew that it was coming. Edward pulled Bella behind him protectively blocking the shards of glass from so much as grazing her. I snorted at that like it was necessary Bella could take care of herself now. Edward smirked at me, no doubt assessing my thoughts the look on his face seemed to say, “Like you wouldn’t do the same if it were Nessie, dog.” Well, he was right but he was still ridiculous.

The sun streamed into the open flap of the tent reflecting off of me and Jake’s skin sending prisms of color swirling around us. We had been laying in a contented silence for the past hour just trying to wrap our heads around the fact that we were able to be here together without a worry. It amazed me how even after all of the drama that had unfolded in our lives over the past couple of weeks we could still fall right back into place as though nothing had happened. I was even more grateful than I had been for each moment that...
continue reading...
8
Nightfall: Chapter 18 A Second Honeymoon (Jake's POV)
posted by lovethecullens
Chapter 18 A Second Honeymoon (Jake’s POV)

I was worried about Kate, Garrett, Carmen and Eleazer and Tanya but part of me knew that if anything horrible was going on Alice and Amore would see it especially now that the Denali’s were out of Forks and no longer close to werewolves. Perhaps Kate and Garrett were just held up with friends or rounding people up. Since Sam and Emily had been spending so much time with us during Nessie’s pregnancy it was helpful that Amore could see the wolves otherwise with the possibility of the...
continue reading...
11
Chapter 25: All The King's Horses and All The Kings Men (Nessie's POV)
posted by lovethecullens
Chapter 25: All the Kings Horses and All the Kings Men (Renesmee's P.O.V.)

I was panicking I knew that something was not right. Jake and I continued dancing for a couple of songs after Sienna left for the bathroom. She is not the type of girl to take forever in the bathroom applying make up, so I was suspicious. Jake, Seth and I went into the hallway. “Sienna?” I called as I stepped into the empty bathroom. I went back into the hallway, “She isn’t in there, “I told Jake anxiously. “Alright, calm down maybe she just stepped outside to get some air it’s stuffy in here.” All of...
continue reading...
7
Nightfall Chapter 26: Unspoken Favorites (Jake's POV)
posted by lovethecullens
Chapter 16: Unspoken Favorites (Jake's POV)

As I was about to take my anger out on Edward, a crushing thought came into my mind.
My voice was unsteady. “I told her she would be ok… I knew all along that this was a bad idea and I went along with it. It’s all my fault… and here I am blaming everyone else. I’m sorry.” My head was spinning I had to get out of there. As I headed for the stairs a strange beeping started up in Amore’s room. A strange heart began to beat furiously. I paused where I stood about to head...
continue reading...
9
Chapter 11: Head in the Sand
posted by lovethecullens
Chapter 11: Head in the Sand

The next day the Denali coven arrived to stay with us as I was choking down my breakfast. My grandmother Esme had made me French toast and a fruit salad. It was repulsive, but I had to eat it Jake sat next to me staring intently at each forkful that disappeared into my mouth. “Why don’t you just set up surveillance cameras and save yourself the trouble, “I grumbled. He snorted and rolled his eyes, “Lovely I guess this is the beginning of the mood swings…” I shot him a murderous glare and was about to reply vulgarly when Tanya came running up to me and...
continue reading...
6
Nightfall Chapter 26: Privacy? WHAT Privacy?! (Nessie's POV)
posted by lovethecullens
Nightfall Chapter 26: Privacy? WHAT Privacy?! (Nessie's POV)

A/N: There is mature content in this chapter...so read responsibly lol...

My mother and aunt Rose had stayed over for a few hours and helped with bathing and playing with the babies before putting them to bed. We video-taped their baths because it was the first time that I was present for it. Of course Jake and Sarah had to try to drown each other so we separated them but other than that bath time was fairly uneventful. My mother and aunt stuck around for a few minutes after we put the babies down.

She was like a feather in my arms as we walked down the staircase. I couldn’t tear my eyes from her face. She looked just like herself again, well minus the swollen stomach. She was cute pregnant when it wasn’t killing her. Something about the fact that she was carrying my child made her all the more attractive to me. Se was glowing with happiness and it was contagious.
As we stepped into the living room there was a burst of applause and shouts of happiness. Everyone had thought that she and the baby were...
continue reading...
10
Nightfall Chapter 12: Monster (Jake's POV)
posted by lovethecullens
Chapter 12: Monster Jakes POV
I felt like I was stuck in a recurring nightmare. Nessie had slept, almost comatose for four days straight. The excited atmosphere in the Cullen household surrounding the arrival of our child was gone. Everyone was silent; the house had a sense of malignancy lingering throughout it. Sam and Emily and my father stopped by and kept vigil in the living room. Emily was very helpful, she tended to Renesmee almost daily along with Bella; but she did more of the work because Bella wouldn’t set foot into a room that I was in and I never left Nessie’s side.
The...
continue reading...
7
Chapter 36: It's My Party and I'll Cry If I want To (Amore's POV)
posted by lovethecullens
Chapter 36: Its My Party and I’ll Cry If I Want To (Amore’s POV)
Eventually the sobs subsided. Not because I was any less upset but because I just couldn’t cry anymore. My mother looked so worried; I couldn’t let her be so concerned about me. “What is the matter?” She asked me hysterically. I just shook my head, “It is so important and I cannot even remember what it is.” She hugged me, “Well take your mind off of it for a bit and I am sure it will come back to you.” Just then Nessie came bursting into my room, “Hey, are you alright?” She asked. I nodded I decided to take...
continue reading...
8
Chapter 35: Fork's Most Wanted (Nessie's POV)
posted by lovethecullens
Chapter 35: Fork’s Most Wanted
When Jake and I walked into the room the first thing that I noticed was that Seth was holding a sobbing girl. I didn’t recognize her, until she held her head up. I gasped. It was the girl that Sienna always drew. She looked at me, “Nessie?” She asked. I had to look closely but I knew it was Sienna there was something about the shape of her eyes that had remained the same even though absolutely everything else about her appearance had been radically altered. I ran up to her and hugged her. “The girl in your drawings-” I stuttered, she smiled slightly...
continue reading...
8
Chater 33: the Babysitter (Nessie's POV)
posted by lovethecullens
Chapter 33: the Babysitter (Nessie's POV)

I woke up slowly and when I noticed I wasn’t in my bed I was slightly alarmed. I looked
around as my eyes opened more and remembered that I was in Jake’s room. I smiled as I noticed the picture of us from my birthday party that he had on his nightstand. “How cute,” I thought to myself. There was a knock at the door and I looked up to see Jake fully dressed and showered, “morning princess.” He said he held two cups of coffee in his hand I smiled at him and then I remembered what happened last night. I had made a total fool out of myself in...
continue reading...
More Cards
1234567891011