Luigi Gets His Hero On Chapter 23: Images of Depression
posted by Skittygirl
“Who said that?” Yoshi asked, turning around to see, but there was nothing but the dark.
Why don’t you two just give up? After all, it’s going to turn out into nothing, anyway....
“Ugh—just who and where are you?!” Luigi hissed.
That isn’t important; it’s rather foolish of you two to go and risk your lives for those people—most especially when you know you’ll lose.
“Says who?” Yoshi objected.
Says this.
At first the duo couldn’t make sense of what the voice was saying until a flash of something swirled about in the darkness and continued until it formed a shape.
Luigi felt an odd mixture of shock and sadness as he saw the shape that formed.
It was his brother, Mario. He looked just the same as the last time the green plumber had ever laid eyes on him.
But that wasn’t the cause of the sadness Luigi felt inside of him.
He could clearly see that his brother was suffering—his face was drenched in sweat, the crease between his brows caused by sheer exhaustion and difficulty. He looked closer to what a person looked like as he was going to spend the succeeding years of his life rotting away in a dungeon.
Which was likely what Bowser had planned for his main nemesis.
Luigi blinked and had to swallow hard to avoid the lump of emotion building up in his throat.
“Mario...,” Luigi said in a shaky voice.
As the green plumber walked forward, the shape blurred, changed into something else.
Yoshi started, and so did Luigi.
It was the same suffering image of Mario, but this time it had the company of Princess Peach, Toadsworth, and the rest of the Toads that had been held captive.
“Gah, what is this?” Yoshi whispered.
Now you see? Now you can see that your trip is in vain?
“What do you mean ‘in vain’?” Luigi objected. “We’re here because we’re going to avoid all this!”
Oh, but maybe you two should know that you can’t stand up and play hero no matter how badly you want to. I think it’s time for me to show you fools that you should’ve long given up this quest at the very beginning, while you still had the chance.
And with a flash of movement, the scene abruptly changed into something else.
There was Bowser, behind him and above him were a legion of Lakitus, an entire army of Hammer Bro soldiers, and a mass battalion of Koopa Troopas armed and ready to fight. They probably had more than ten times the population of the entire Mushroom Kingdom.
Luigi felt his knees tremble, but he struggled to ignore it.
Do you see what you are up against? To save your friends, you have to go up against all of them as an army of two. Can you green imbeciles even hope for that kind of thing? Can you two even hope for an easy victory?
Are you willing to sacrifice yourselves for all that foolishness?
Luigi tensed. He now saw what he and Yoshi would be up against, and that didn’t make the whole quest to save Mario and the others any easier. It was a lose situation, even if they did knock down a couple of Koopas or two, the rest of the numbers would bring them down.
Was there really no way to win at all?
Suddenly, from the corner of his eye, he saw Yoshi sigh and move. He turned away from the intimidating image of their enemies laid in front of him and saw that Yoshi had strapped off his Poltergust and put it down.
The green dinosaur turned to Luigi with his head to the floor.
“I can’t believe what we’re up against....I’m...sorry, pal, but I think we don’t have a prayer against Bowser, even if we do finish our business here in the mansion. I think...we need to stop this while we still have the chance.”
Luigi could hardly believe what he was hearing.
Had Yoshi, who had been motivating him the entire time, actually suggested on aborting their mission?! 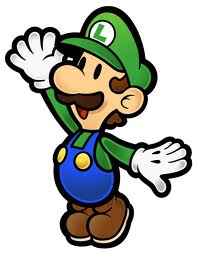 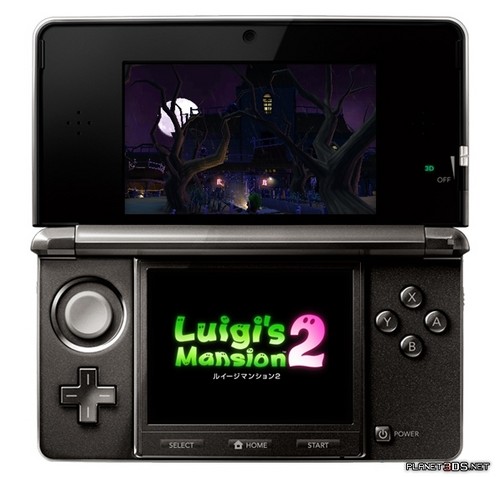 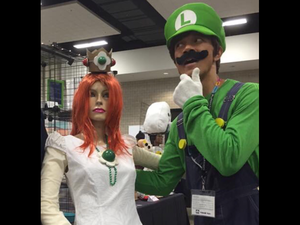 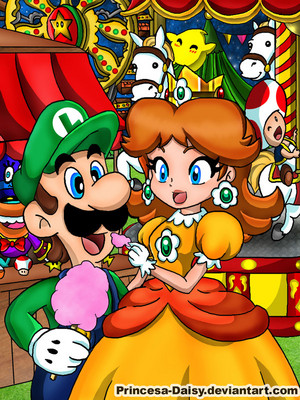 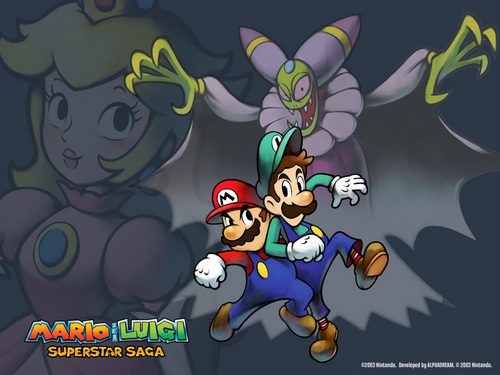 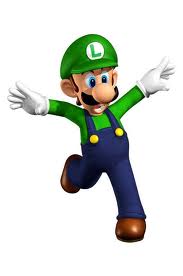 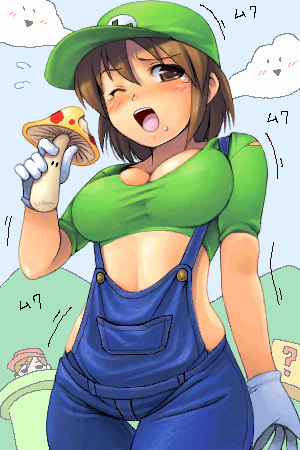 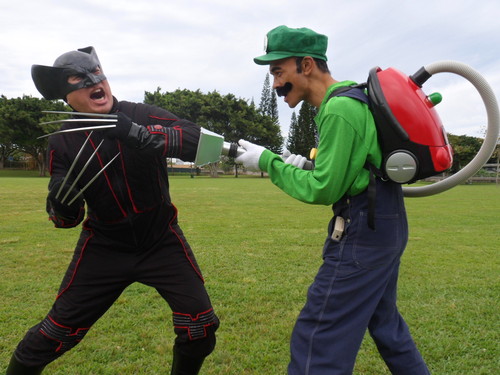 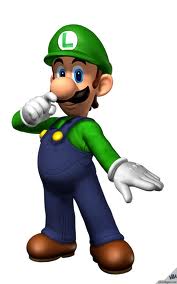 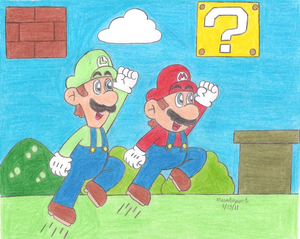 luigi and mario
added by MJ_Fan_4Life007 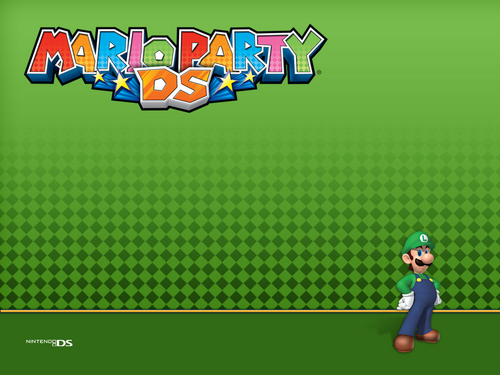 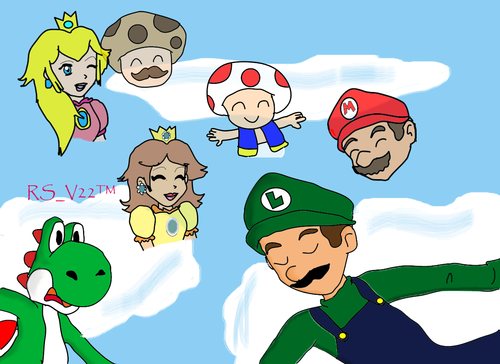 Luigi Gets His Hero On: Hooray for 15 Chapters!
added by Skittygirl
Source: My DeviantART account XD 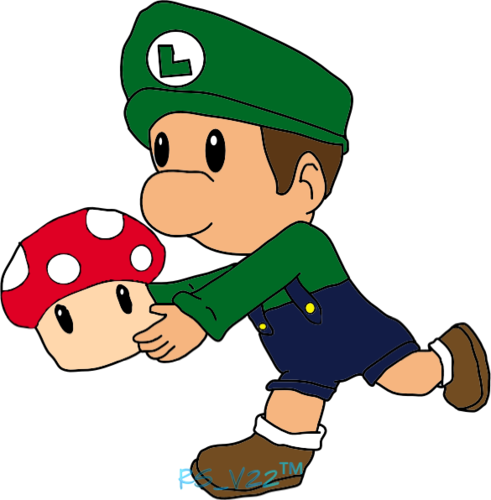 A Baby's Gotta Eat His Mushrooms
added by Skittygirl
Source: My DeviantART Account! ^^ 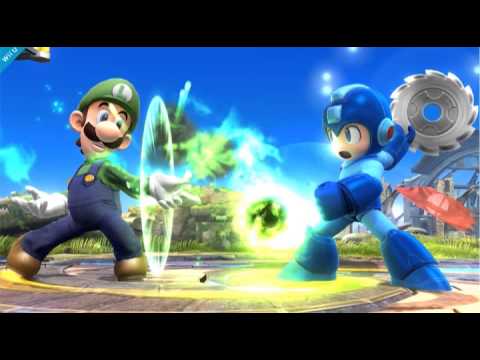