Luigi Gets His Hero On Chapter 29: The Key Jewel
posted by Skittygirl
"Ha! In your freaking FACE, King Boo!" Luigi huffed and shouted, just because he felt like it.
Yoshi laughed with him.
"I think our job here is done, don't you think so, pal?" Luigi elbowed the green dinosaur playfully.
Yoshi's expression suddenly turned unhappy.
"What's wrong, Yoshi?"
"W-ell, I'm just wondering—we were able to beat King Boo and all, but..."
"But what...?"
"That's it?"
"What do you mean?"
"What I meant to say was, nothing happened after that? We were just here to beat ghosts—nothing was left to help us defeat Bowser? No next clue, no riddles at all?"
Luigi frowned. "Come to think of it...you're right. What was the point of coming here, if we wouldn't be getting any more clues?"
Yoshi just shrugged.
It was then that Luigi noticed something shining on the dimly-lit background.
"Huh?" Luigi wondered as he tried to go near the shining object to inspect closer.
"Where are you going, Luigi?"
"I...," was all Luigi said. Finally, he was right in front of what seemed to be a jewel of some sort.
"What's that, Luigi?" Yoshi asked as he went beside the green plumber.
"I...don't think I remember this jewel being here on the first place."
"Well, I could hardly notice anything what with all the ghosts, the fact I was under a spell, and the fact I was"—Yoshi grimaced—"possessed by King Boo, but to answer you, no, I don't remember seeing that gem either."
"Think it was King Boo's gem?"
"I dunno. Looks like it, though. I'm a-sure there were an awful lot of jewels in his crown, so..."
"I think we should take it to Professor E.Gadd, just to be sure," Yoshi suggested.
"Why not? I'm pretty sure we were able to get rid of as much ghosts as we did, and it's a lot safer here now that King Boo's gone."

"Okay, I see that you're done. What can I do for you boys?" Professor asked.
"You think you can decipher that meaning behind this gem?" Luigi asked, holding out the piece of jewel that they'd found back in the mansion.
"Where'd you get it?" Professor asked.
"In the mansion, just after we were able to kick King Boo's butt," Yoshi answered.
Professor narrowed his eyes. Then he took the gem from Luigi and examined it carefully. "It's...King Boo's gem!"
"So I've suspected," Luigi said. "But...what do you think? Is there a concrete reason behind it? Why did it get left behind? Will it help us rescue our captured pals?"
"I can't tell for sure," the Professor said. "But I think I can have this scanned on my supercomputer, and maybe I'll be able to gather the data I need to answer your question, son."
Luigi nodded. "Okay, let it be done, Professor."
Professor opened a metallic box that neither Luigi nor Yoshi noticed before that was connected to the supercomputer. He put the gem inside the box, closed it, and pressed a series of buttons on the keyboard of the supercomputer. The massive screen glowed at a different color, and loads of images and complex words came popped out onto the screen, too fast for neither Luigi nor Yoshi to understand.
But Professor looked like he could understand whatever was flashing at the monitor; he squinted his eyes and nodded to himself every now and then.
After a while, Professor finally shut it down, and took King Boo's gem out of the metallic box.
"Uh, Professor...What were you able to find out?" Luigi asked.
The Professor held it out to Luigi—which the plumber took—and explained, "The data gathered indicates that King Boo's gem can be used to unlock Bowser's gates."
Yoshi widened his eyes.
Luigi gasped. "What the—? Seriously, Prof?!"
"Of course. One of the most noticeable codes I witnessed at the process of data extraction was 'Go back to the place where you first found out where to start your quest, and watch as all defenses shut down,' " the Professor said matter-of-factly.
"Hear that, Yoshi?" Luigi said to Yoshi, his eyes lighting up with excitement. "We've finally found a way to get pass Bowser's new security system! It won't be long before Mario and everyone else are free!"
"That's great! But...how will this gem be used?" Yoshi turned to the Professor.
"That I don't know, child—nothing was mentioned among the codes," Professor said.
Luigi frowned. "Well, at least we a-know that this gem will be useful somewhat. That sure a-beats knowing we'd gone here for nothing." And he put the gem in his overalls pocket.
"Okay, let's go back to Bowser's Castle," Yoshi said.
"Yeah, but...I feel like it's gonna be a long way back," Luigi sighed.
"Warp zones," Yoshi reminded.
"Oh, that's right." Luigi then turned to Professor . "Well, in that case, our job here in the mansion is done. So we won't be needing a-these anymore." He strapped off his Poltergust 5000.
"Same here," Yoshi said as he strapped of his Yoshi-fied Poltergust as well. He stroked the nozzle. "Boy, I'm sure gonna miss these babies."
"You could take my place when Luigi's Mansion: Dark Moon goes out," Luigi suggested.
Yoshi laughed. "Thanks...but no thanks."
"Be seeing you, Professor?" Luigi said as he waved goodbye.
"Thanks for the job well done, boys," the Professor said as he waved as well.
"I had a good time busting ghosts," Yoshi laughed, waving at the Professor as he, together with Luigi, made their departure.
And they were out.
Redsniper77 likes this 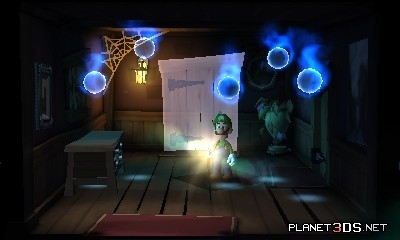 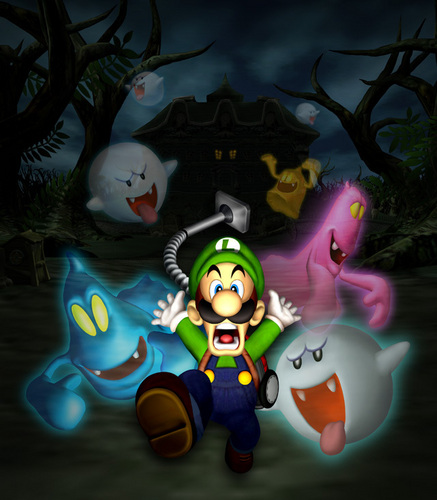 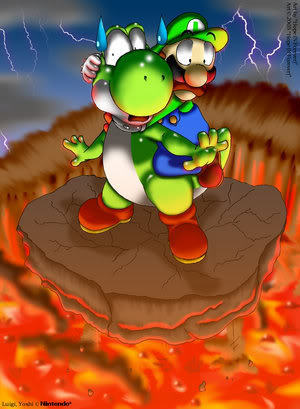 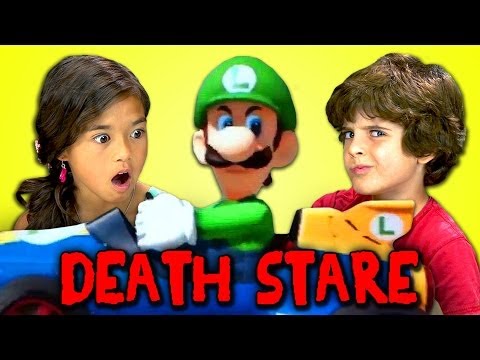 Toad's Theme - Luigi's Mansion
added by NintendoFan364
video
Luigi Gets His Hero On Chapter 31: Operation Rescue or Battle?
posted by Skittygirl
Luigi and Yoshi walked their way past the Castle door. Yoshi glanced once at the green plumber as the duo made their way deeper and deeper into Bowser's territory, and was replied by Luigi's nod—and a straight set on his pursed lips.
Soon Luigi stopped; Yoshi felt like he should do the same, too.
"Luigi?" Yoshi asked, staring intently at the thin Mario brother's face, looking for some sign of regret—like he'd wished he'd let Yoshi talk him out of the whole rescue thing in the first place.
But, to his surprise, there was none.
"What's wrong?" Yoshi asked again; the silence was getting to him....
continue reading... 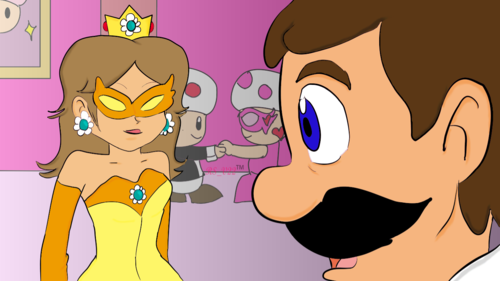 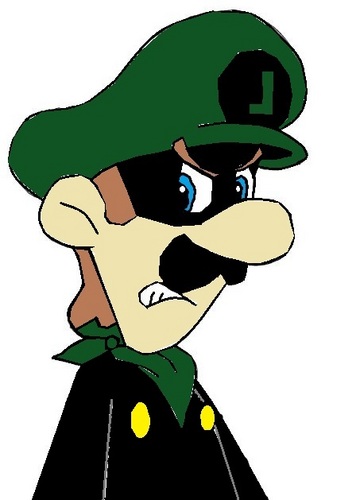 when luigi drinks a poshon...
added by irkdib137
Source: none 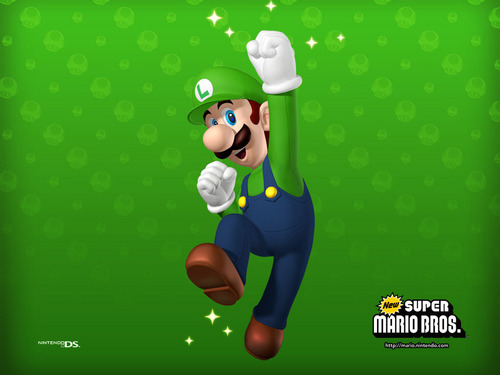 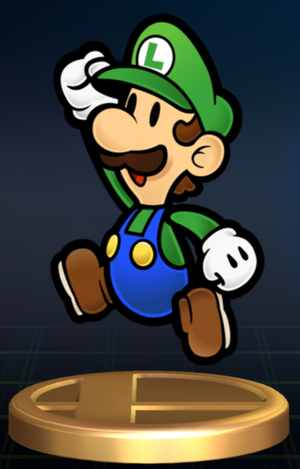 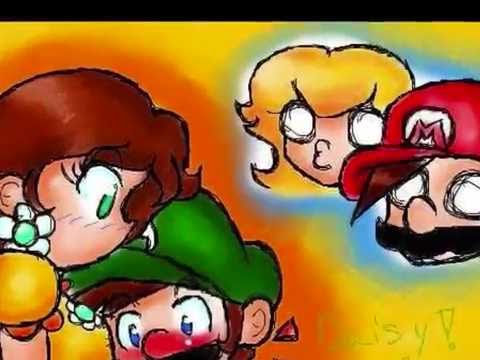 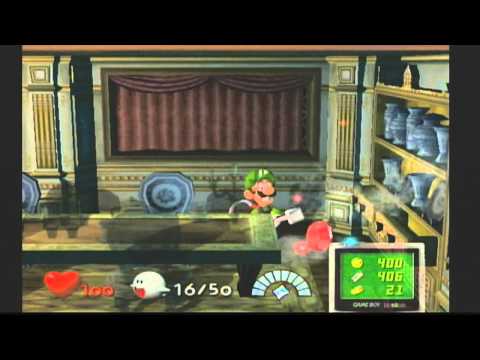