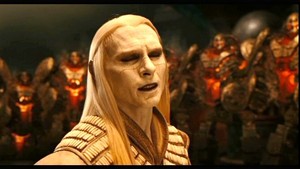 prince nuada
Q: Could you tell us about your character?

Luke Goss: My father is the king of the unseen realm. He is an Elf King, and as his son and heir I am the future king of that realm. When Hellboy and I interact it's not like a good guy/bad guy issue -- it's way more crooked than that. I like that because as a viewer you are invested. It's not just a black and white scenario where you identify the bad guy and just enjoy the inevitable. At the end there are moments that are not traditional bad guy/good guy moments. They are poetic like del Toro enjoys.

Q: Is he a sympathetic character or did you have...
continue reading...
5
Luke Goss
posted by twilight76
Luke Goss
advertisement
Date of Birth
29 September 1968, London, England, UK

As part of the pop duo Bros, Luke received the Brit award for best newcomer.He also played New York's Madison square Gardens, filled Wembley Arena 10 times and sold out Wembley Stadium to a capacity audience of 68,000 people. He has completed 2 world tours, released 13 hit singles, 3 albums and the video of the album 'The Big Push' sold 250,000 copies which was a record at the time. After 5 successful years in the music industry Luke wrote his first book 'I Owe...
continue reading...
4
about luke goss
posted by cena-fan 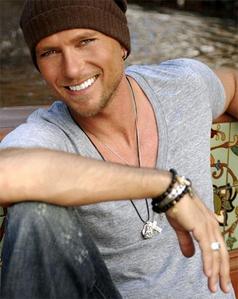 Luke Damon Goss was born at 6:15 PM in London on September 29, 1968 eleven minutes before his twin brother Matt Goss. At age twelve Luke was given a drum set from his mom & step dad and a musician was born. In high school Luke started his own band and introduced his brother Matt into the music world. Luke, Matt and a school friend made up Bros in 1986. The Bros had 13 hit singles and 3 hit albums. As part of the pop duo Bros, Luke received the Brit award for best newcomer. He also played New York's Madison square Garden , filled Wembley Arena 10 times and sold out Wembley Stadium to a capacity...
continue reading...
More Cards
1234567891011