3
How MGK has changed my life
posted by powertripp
Growing up for me was hard. Especially in a world where everyone around you seemed like their only purpose was to discourage you from doing anything that made you happy. I started playing basketball as a very young child. I had to teach myself and learn from the people around me, because my family couldn't afford to pay for lessons, or camps in the summer. I continued playing, but when I hit junior high, that's when people started talking about me. I had tried out for the schools basketball team, and by the grace of God made it in. As time passed people started talking. "She can't play basketball." "She's too skinny" "What's up scrawny?" "Hey, loser!! Come "play" us". Eventually it got bad. Nobody seemed to believe in me. At all. Not even my own parents, and when you have that many people against you, you start to be against yourself. Gradually I would skip practice and barley play anymore. About the time I was at the edge of giving up in everything, that's when I heard Machine Gun Kelly for the first time. I started listening to him more and more as time went on. I had mentioned him to a few people and they said "I don't get his music at all", but the funny thing is...I did. They just came to me, it was like he's lived in my
my shoes, and I've lived in his. He made me want to continue doing what I loved, and I did. A couple of months later continuing my passion harder then ever, I got a letter in the mail. It was a scholarship to a university for my outstanding performances in the game. I would of never got that if it wasn't for MGK.
scrogham, KenTheRasta and 1 other like this 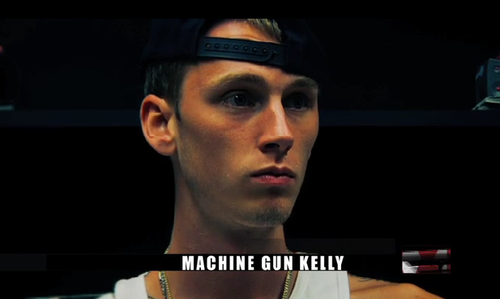 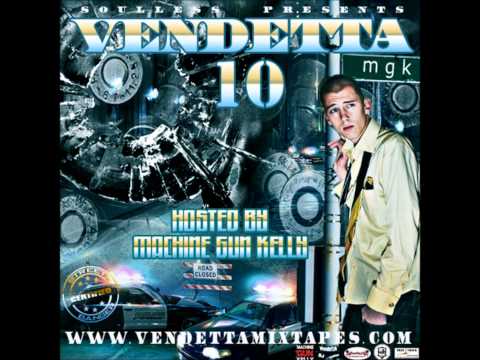 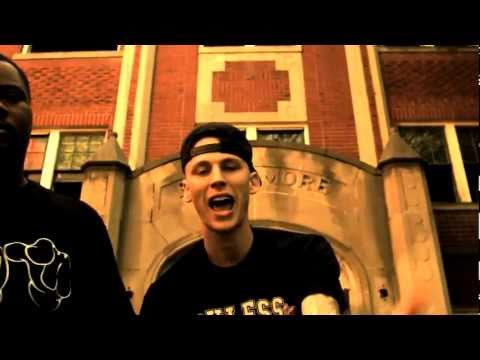 5
Machine Gun Kelly Ft. Ray Jr.- I Know
added by JayWiz45
video
1
Life = Changed
posted by EST-4_LifeMGK
Growing up sucked. I had nothing. Grew up with a crack addict mom and a low-life father. I had to get through myself, and soon realized that I couldn't trust anyone. Not even my brother. I went to 2 mental hospitals, 9 different foster homes, 2 boot camps, and I've been to juvie too many times to count. And my only escape through all of this has been music. When I heard "Wild Boy," I fell in love with not only MGK, but his music and his movement. I will forever look to his music for guidance. He grew up with the same shit I did. And he made it. He's my inspiration, and until the day I die, I will be a follower of Kells. I couldn't imagine my life without his music. Now I don't worry about what people will think of me. I embrace myself, and now I have too many friends to count because I embraced who I am. Until the day I die, Lace Up.
2
To Kells....
posted by LaceUpEst19XX
To Kells....
Im 14 Years Old And I Started Listening To You When I Was 13 Ive Had A Hard Life Ive Been Bullied For 3 Years....About A Year And A Half Ago I Started Smoking Weed It Helped Everything For A Bout A Half Year Then I Got Caught At School It Destroyed Everything I Was Depressed Then I Discovered You At First I Thought Lace Up Was Like *Yolo* Or *Tgod* No Its More Then That I Quit Smoking For A Year But Then I Got Builled More And Started Again It Helped With The Stress I Was Sneaking Out And Getting In Trouble With The Cops And Then I Started Listening To Your Music Again And It Changed My Whole World I Goto Sleep With Your Music And Wake Up With It On Everyday When Im Having A Bad Day I Put My Headphones In And Blast Out The Pain With Your Music Iknow You Most Likely Wont Read This But This Is How Youve Changed My Life.....Your My Hero Thank You So Much.....LaceUp Est19XX ....Thanks To My Est Family Too..... #LaceUpEst19XX
thank you man
posted by bcon0831
dear MGK ,
I started listening to your music while ago and loved what i heard . Most rappers rap about just smoking weed or drinking , you on the other hand man are the realest rapper out there . when im depressed which is like everyday i throw my head phones on and turn your music on . I lost a bestfriend couple months ago he was like my brother and loosing him destroyed me . so listening to your music and knowing i can relate to someone whose living out there dreams with all the challenges you've faced man it gives me hope . Ive fucked my life up man dissopointed my mom , me and my father dont talk much we dont get along well so it feels like im alone . i just wanted to say man i appreciate your music and all you accomplished . thank you machine gun kelly i pray you read this .
sincerly brett connors .
What Lace Up and Mgk Mean to me
posted by AnaBooSanchez
well , when i was little my dad left me i had a pretty hard life just like mgk ....i found mgks music in 2011 and i just deadicated my self to his music he is no longer just a popstar to me he is a friend ..... when i was younger my mom about died of cancer twice my family honestly dont take me as i am...Lace up is like a family to me it means alot because i feel that we all cant relate one way or another cause everyone has a way to connect to the real them and i guess this is more of ours. Not alot of people understand me so i used to try to stay in the shadows but i know now that i can do...
continue reading...
2
why i became an mgk fan
posted by hannahdelany
i became an mgk fan after i heard his song lead you on. every word of that song was so deep and so emotional. now im not an emotional person AT ALL like if anything i tried to hide my emotions from the world but i found an outlet in his music. he brought me hope that even if you going through hard times never give up keep going dont give a fuck what people say. ive learned people are gonna talk shit either way if your a good person or not. mgk truely is amazing i do hope he becomes one of the greats he deserves it hes been through alot it sounds like and he still wakes up after everything and has a smile on his face. not only that lets be honest here .... the guy can rap his ass off. mgk i really am a superfan i hope one day ill get to meet you i would do anything to just see you. you are my inspiration. im from a small town in nc near the TN line nobody here knows you that well but im deffintely going to let everyone around here know who you are.
2
My Story...
posted by AlexisLovesMGK
Dear MGK,

I honestly know you probably don't read these but you have saved my life... I think about suicide, I blast your music. I feel like self harming, I blast "See My Tears". You have changed my life Sooooooooooo much that honestly, I owe you one. You are the only person that I listen to that is pretty much keeping me alive. Without you, I probably wouldn't know about you, or even be here writing this for you... I think that I need to check my life over and see if I'm going down the right path... but then again, I always end up doing something stupid... so I don't do anything to check...
continue reading... 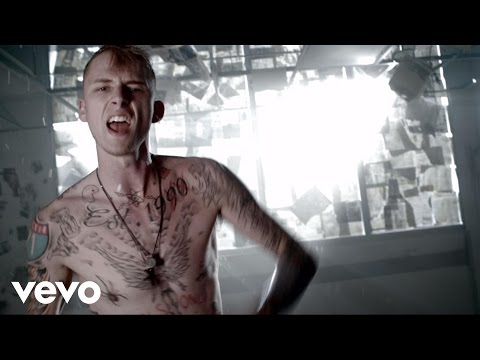 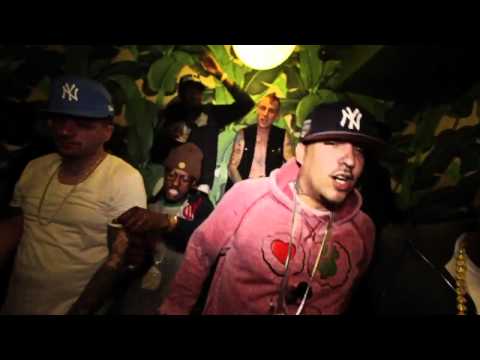 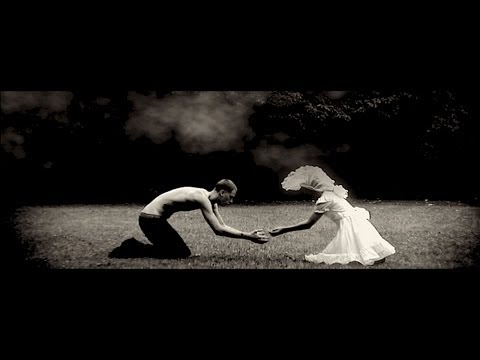 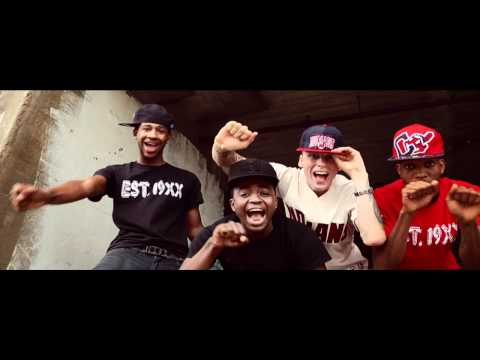 7
Machine Gun Kelly Ft. Dubo- Cleveland
added by JayWiz45
video
dream comin tru
posted by athena420
well i dont want you mgk my hard life cuz i am not proud of it but i am not sure how long i have but my and my girls dream is to be able to win tickets to see you and back stadge passes so bad i have never been to a concert but i want it to be yours i know you are going to be in Illinois soon god i am tryin so bad to get plane tickets and concert tickets and backstadge bythen could you help us twoy you are a hero to me and my girl plz if you read this my number is 812 210 0028 and cell 812 679 9318 plz help our dreams come true our hero aka mgk
2
thank you
posted by young_scoob
i just wanted to say thank you i understand you probably wont see this but you saved my life i was in a rough time doing some really hard drugs and was about to end it all until i heard edge of destruction by you and tech and it hit home man gave me meaning and allowed me to think and pick the pen back up and give rap another shot because i grew up being told i would never make it i wouldn't ever amount up to anything that i should give up etc. i had hit my low but when i heard edge of destruction and demons too something clicked and i said screw other people the only one who can tell me i wont make it is me so i just wanted to say thank you man 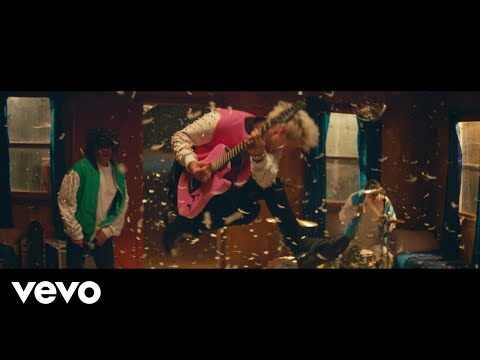 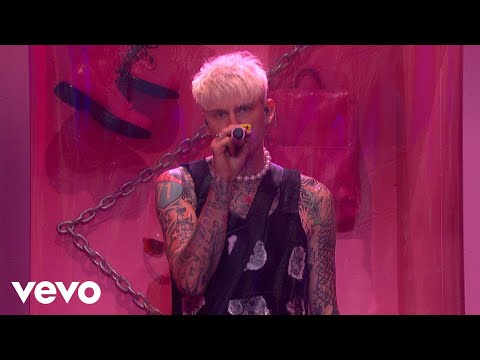