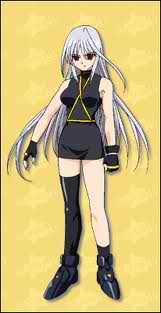 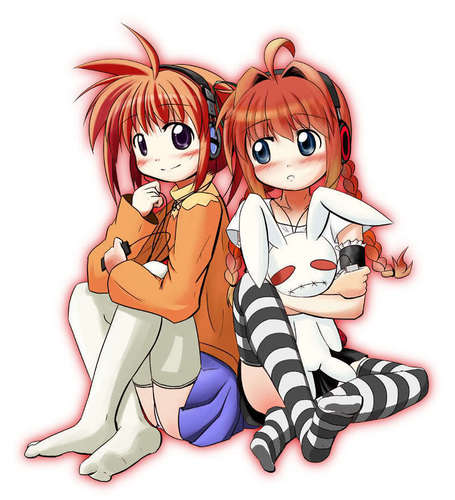 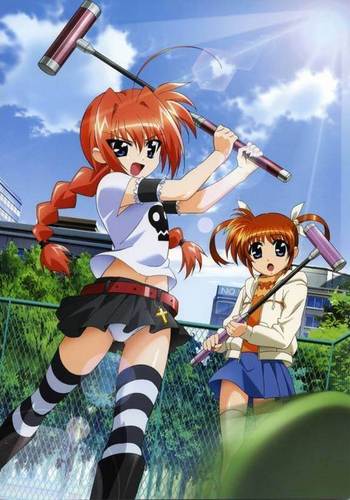 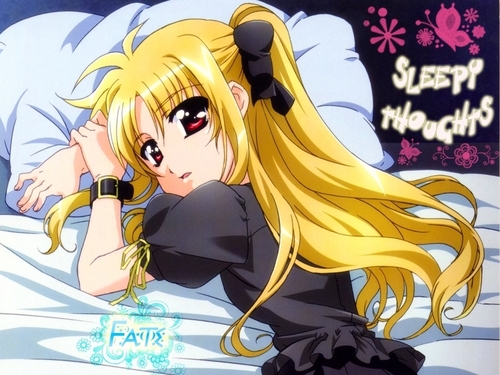 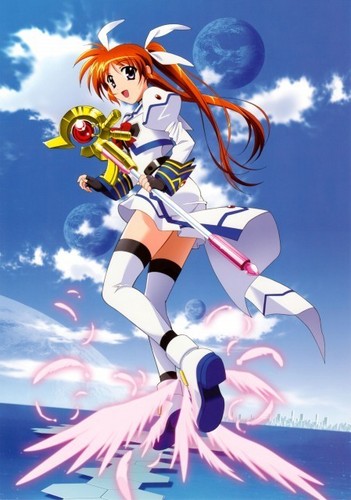 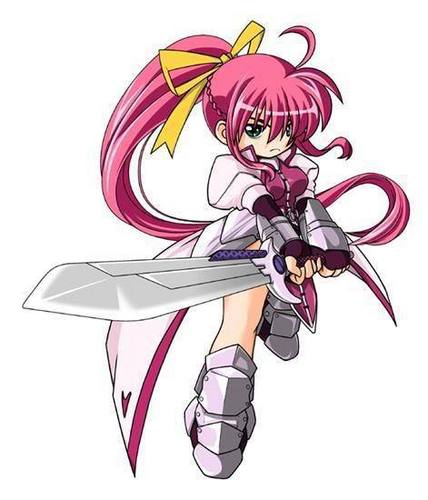 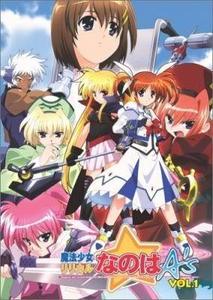 Several months after Nanoha first became a Magical Girl, she still is unable to personally meet with her new close friend, Fate Testarossa, who is being tried in the Space / Time Administration Bureau for her association in the Lost Logia case. They still communicate through video-mail and hope to see each other in-person once again. Their reunion is not a happy one, unfortunately, as several people who call themselves "Velka-Type Knights" battle Nanoha above the city. Their objective is to fill the pages of the Book of Darkness by stealing the magical power of anyone they can find. Nanoha and Fate must once again team up to stop their plans and save the world. 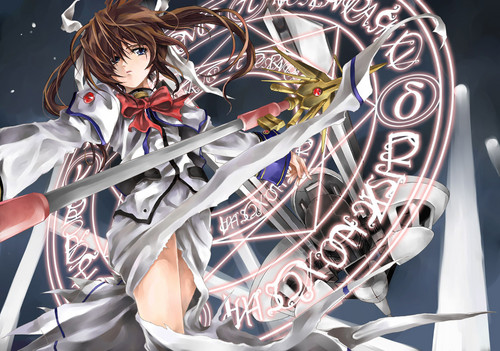 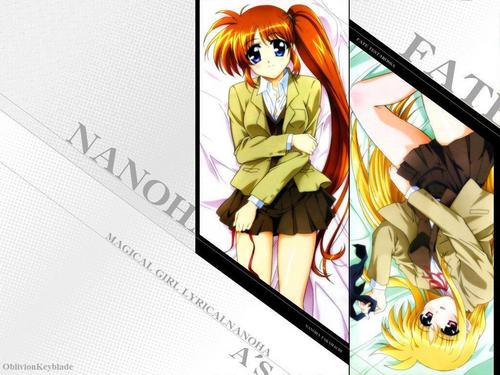 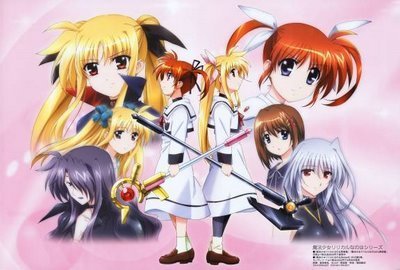 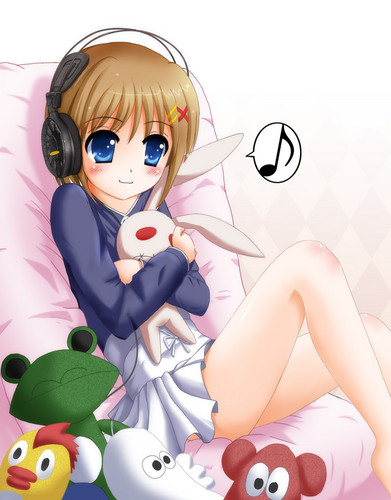 Hayate music
added by mglncurefate
1
Story Of : Magical Girl Lyrical Nanoha StrikerS (third season)
posted by mglncurefate
Taking place ten years after the events of Magical Girl Lyrical Nanoha A's, Nanoha, Fate and Hayate have joined the Time-Space Administration Bureau and form the Lost Property Riot Force 6. Joining them are four new magical recruits, Subaru Nakajima, Teana Lanster, Erio Mondial and Caro Ru Lushe. Together, they face up against the Jail Scaglietti, a dangerous criminal after the Lost Logia.Following Hayate's dream to make her own division that helps into all kind of disasters, including the Lost Logia cases, Fate and Nanoha including their own trainees, create Riot Force 6. Unfortunately not all can go as planned, because uncontrolled Lost Logia will get in the way of Riot Force 6 and is up to Nanoha, Fate and Hayate to deal with them while training their new trainees and helping with other tasks that arise along the way. 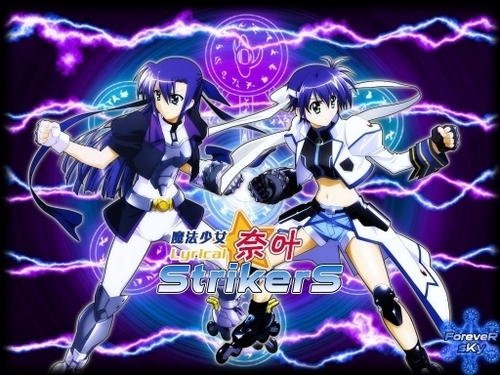 Subaru and Ginga
added by LuLu_Elyurie 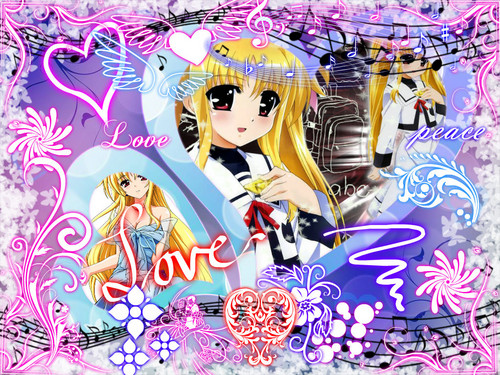 Fate is decided
added by rosemary5683 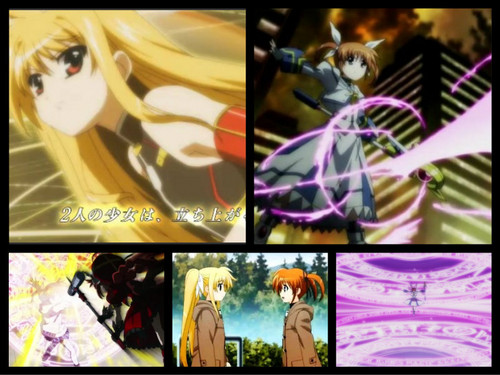 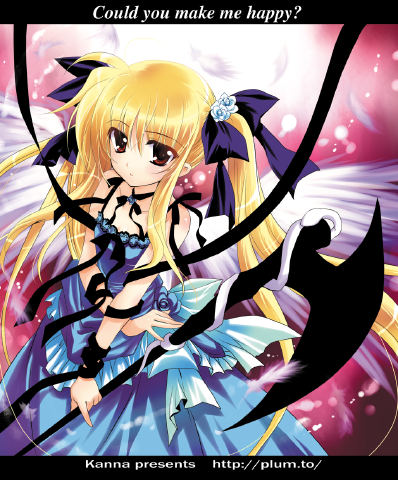 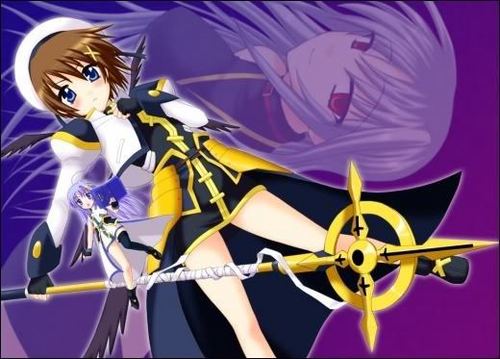 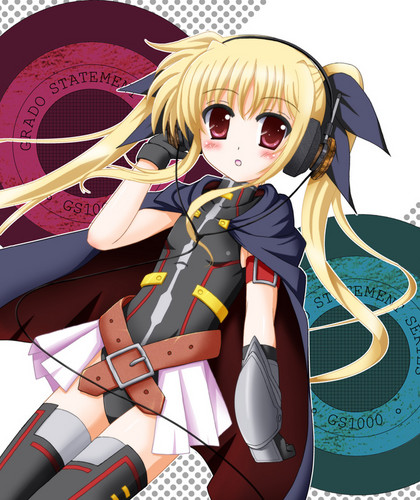 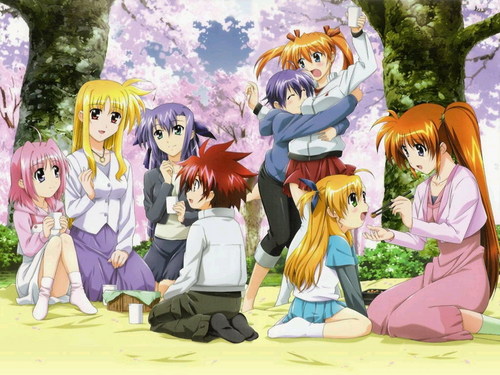