The stage settings were really amazing and extraordinary unusual. I was glad that many of ABBA's popular songs, like 'Knowing Me, Knowing You' and 'Mamma Mia' are featured in the stage version and they fit the story perfectly at the right timing. The moment was 'The Winner Takes it All', and it was when Donna sang the last note especially.
But the best for me was the ending in which everybody in the audience joined in for the finale, it was definitely a night to remember. I just want to see it again and again! I couldn't get enough of it.
When I did a research of the show, I was amazed that Lisa Stokke (The Norwegian Elsa) was part of the original cast! I was really amaze by this fact that she's the only Scandinavian to be part of the show and the irony of it, what a coincidence!

The movie is 90% faithful towards its original stage version, with the only exception is that the removal of 'Knowing Me, Knowing You' which was featured as an instrumental piece during the wedding and 'Take a Chance' which feature during the wedding dinner. This is not the case for musicals that were adapted into a movie!
I was amazed that many of the case, including Pierce Brosnan, Amanda Seyfried and Meryl Streep could really sing! But of the disappointments was last part of 'The Winner Takes it All' was not dramatic unlike the stage version.
Sadly to say, the song 'Fernando' was featured on the soundtrack for copyright reasons or something like that. It such a wonderful song!

I Have A Dream

Wow, that was a short and straightforward comparison that I had every written! So, are you going to see both of them? 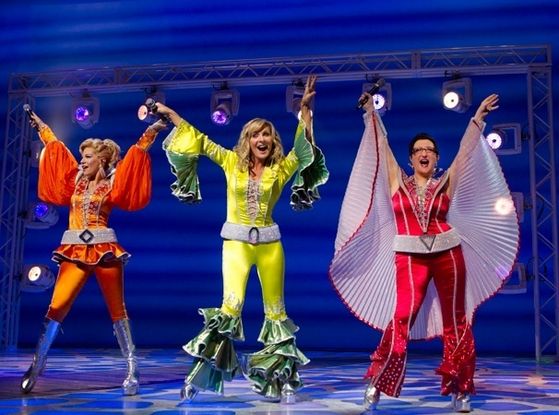 You're the Dancing Queen! 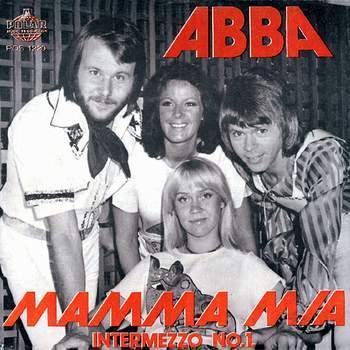 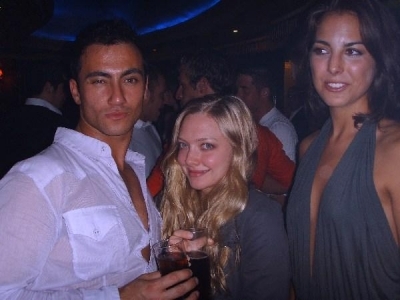 5
On the set of Mamma Mia!
added by megloveskyle
Source: http://amandaseyfriedweb.org/gallery/index.php?cat=37 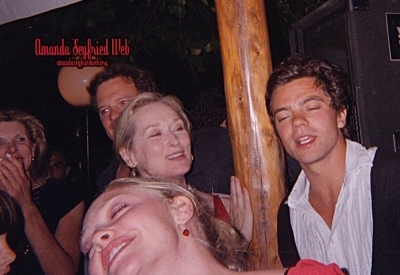 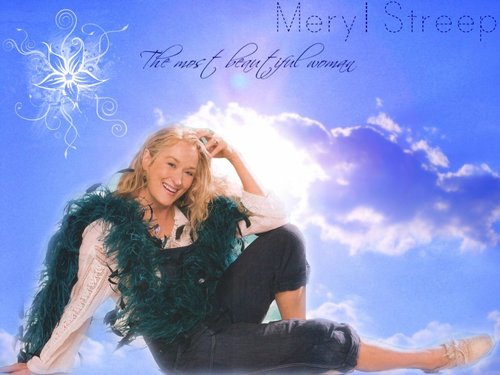 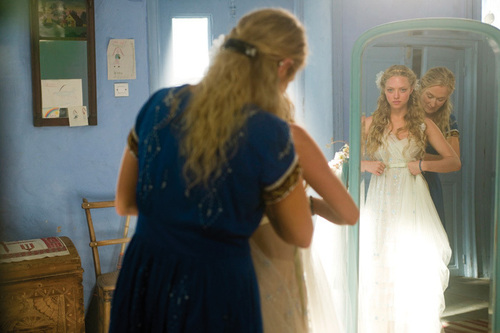 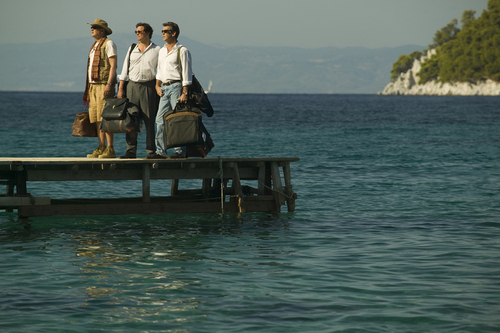 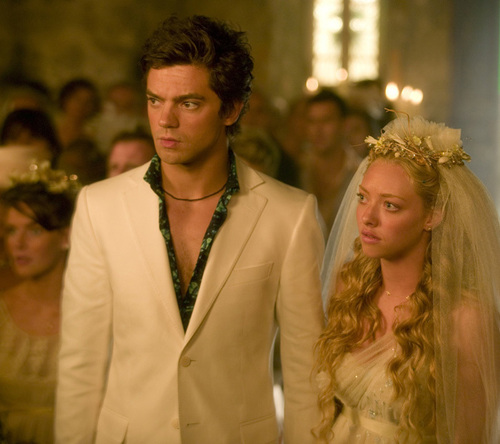 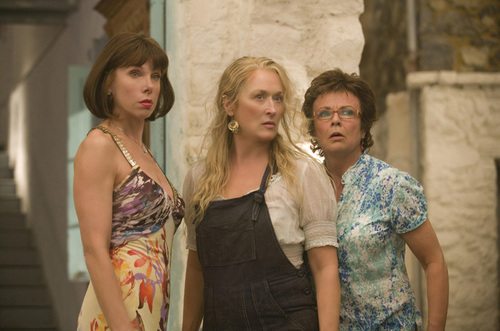 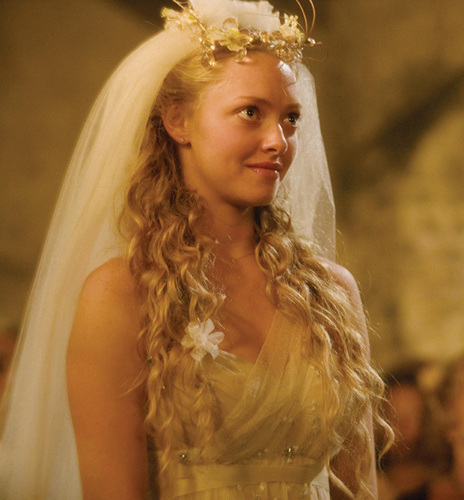 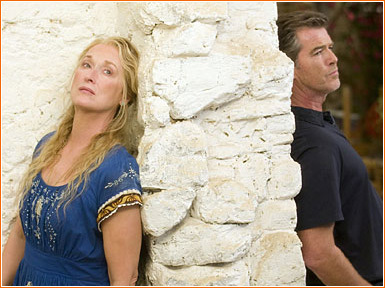 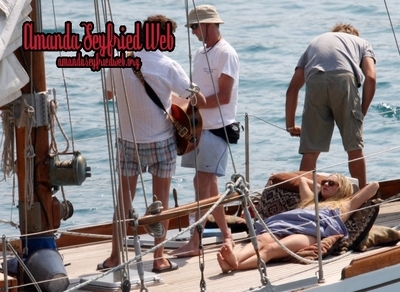 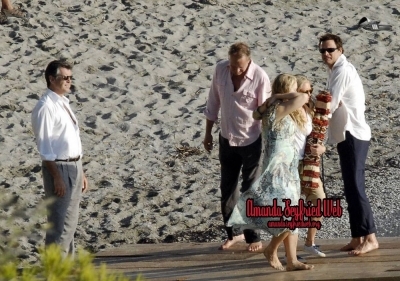 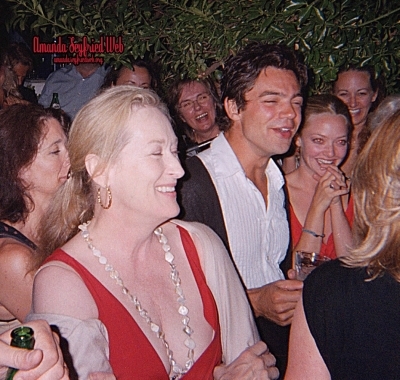