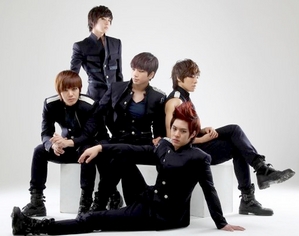 MBLAQ
The boys of MBLAQ recently sat down for an interview with Ilgan Sports in celebration of their “Mona Lisa” comeback.

Talking about their new album, scandals, and their ideal types, these boys shared a revealing interview that’s sure to delight their avid fans. Check it out below!

Q. “Why did you choose ‘Mona Lisa’ as your title track?”

Seungho: “We’ve received a lot of love up until this point, but I knew that we didn’t have that one special track that people thought of when they thought of MBLAQ. Our producers Ji In, Wontag, and Rado all sought to create a powerful image that would leave a lasting impression. During the process, we listened to a demo of ‘Mona Lisa’, and all of the members thought in unison, ‘This is it.’ Without hesitation, we chose it as our title track.”

Q. “What is the point of your choreography?”

G.O.: “Since our song is sexy, the choreography is passionate and masculine. The sexiest dance is the Tango, and we worked to incorporate moves that would fit with the sound of the Spanish guitar. There isn’t a name chosen for it yet, but we call it the ’swag dance’. I feel like it’ll be a hit.”

Q. “Lee Joon was swept in a scandal with 4minute’s HyunA right before the release of your new album.”

Lee Joon: “It wasn’t true, so I wasn’t too worried over it. If the rumor had an truth to it, I would’ve reacted in some way, but it wasn’t true so I just trusted that others wouldn’t believe it either. The members actually joked around and congratulated me, saying that it’s the first scandal of our team.”

Q. “On the topic of scandals, could you reveal any dating stories?”

Thunder: “People probably won’t believe us even if we say so, but none of us are dating. I know that none of the members are dating anyone. All five of us watch just watch DVDs at home. We’re always watching movies in our dorm, we’re about to become movie critics ourselves.”

Q. “What style do you prefer in women?”

Seungho: “Someone with refreshing looks and a Western body. I’d like her personality to be tomboy-ish. I also like the style of senior Son Dambi.”

Lee Joon: “I’d like someone who obsesses over me and treats me well. As opposed to physical looks, I prefer someone with a pure heart.”

G.O.: “Someone with an intelligent look and sharp eyes. If I had to choose, a face like Kim Yuna.”

Mir: “I like SNSD’s Taeyeon. Her bright laughter is very charming.”

Q. “You’re famous for being the group produced by world star Rain. Does he still train you strictly like when you were rookies?”

Lee Joon: “No, we often go out to watch movies and go bowling together, like a hyung. When we talk, he gives us a lot of advice that comes from experience. He’s always said to us, ‘Rehearse a lot. Do something new that others don’t do.’ He used to do ab check-ups, but he doesn’t do that anymore.”

Q. “Then what does Rain think about you dating?”

G.O.: “He said that he’d support us and even told us to date. I’m not sure what kind of response he’ll give when we actually get into a scandal, though.”

Q. “Are you close with girl groups? Do you have a lot of opportunities to meet?”

Seungho: “We all have busy schedules so it isn’t easy to meet. I’m close with f(x)’s Victoria and After School’s Jooyeon. We greet each other at broadcast halls and compliment each other’s stages.”

Lee Joon: “We have fans in our teens, but I think we have more fans in their 20’s. I think it’s because we’re on the older end of idol groups. The nunas will gift us a lot of useful presents. Not only do we receive food, but things like air purifiers and car accessories, just things we need in our daily lives. We even received liquor for our birthday.”

Q. “Do you have a concluding statement for your album promotions?”

G.O.: “We’ve tried a lot of different albums to show off MBLAQ’s potential. We earned a lot, but there was also disappointment in that we didn’t have a color specific to us. Through this album, we hope to create a masculine image and show another side to our potential.”
Ieva0311 and xxMrsStylesxx like this 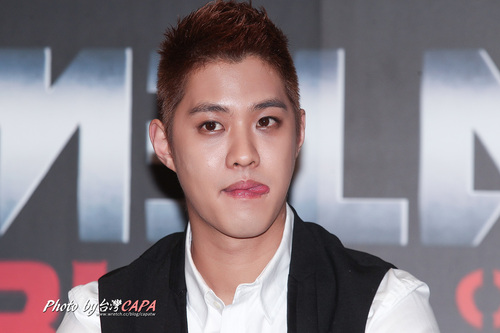 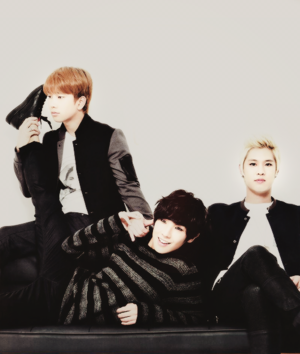 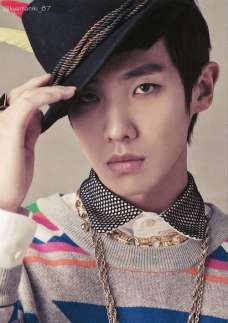 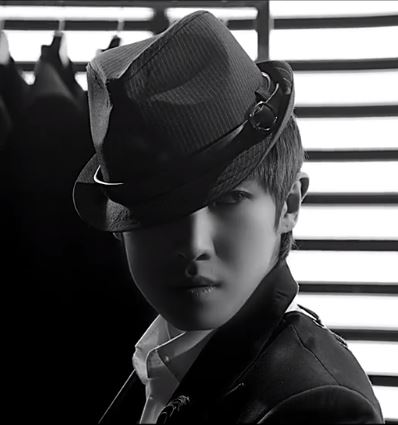 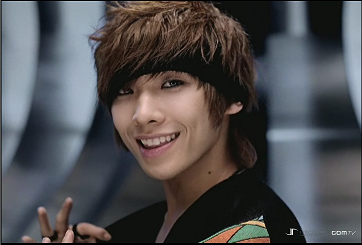 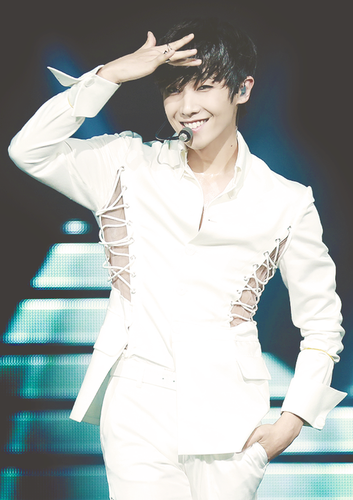 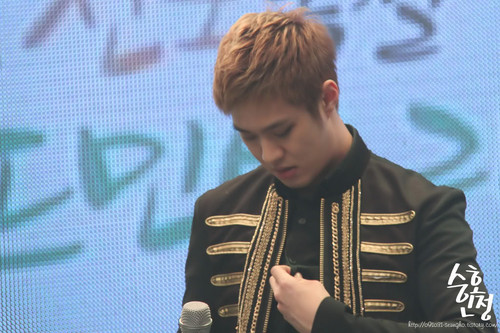 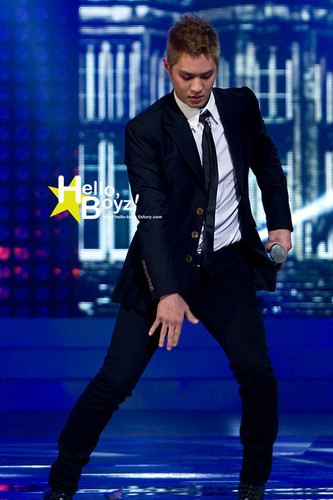 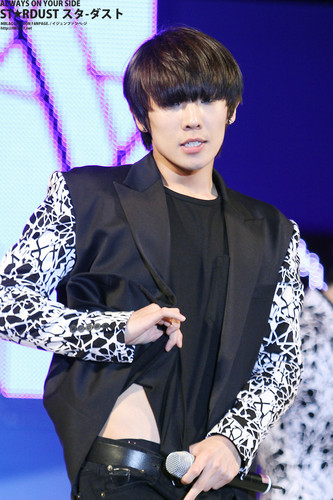 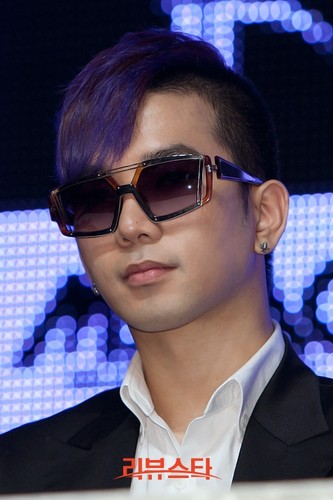 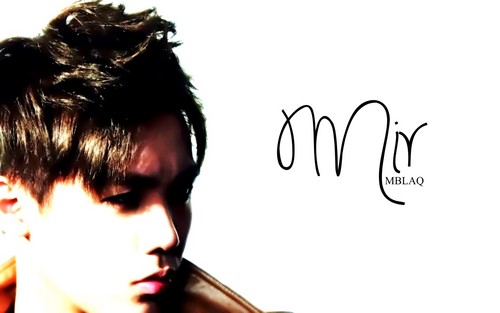 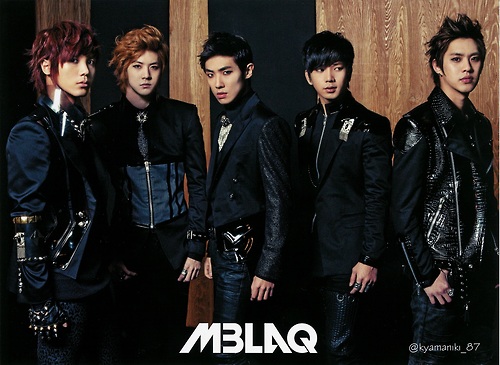 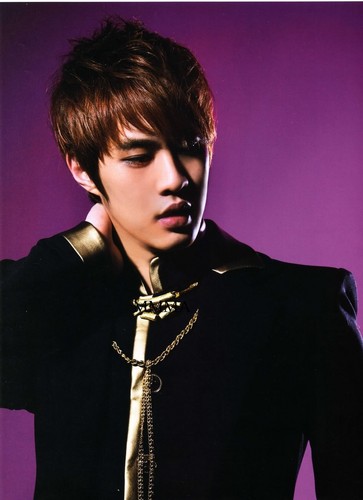 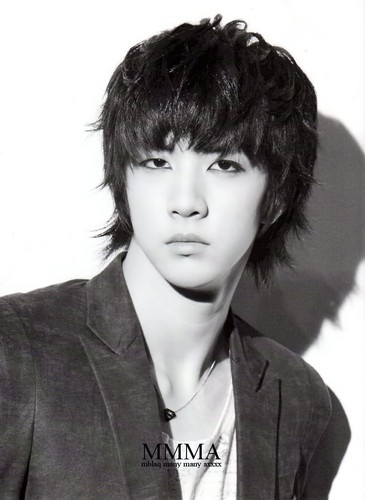