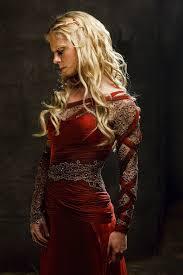 I pretty much have made an article like this for every character I ever loved. Plus for this fandom I realized that Morgause isn't really all that popular...I mean I haven't seen much hate either but she simply isn't that popular. Back on the favorite character poll a whopping 1% of voters said she was her favorite so I kind of wanted to state why I liked her so much. So here we go;

What a better way to introduce an article about why I like a character than to mention how much I loved said characters introduction. Excuse my language but Morgause's entrance was completely badass. When she first appears on screen you see her stating that Arthur's life was going to change...nothing too special. But her official introduction, the second time we see her, she's dropping guards to the floor like it's no problem. And she did it with only a sword and no magic. She proceeds to stomp right up to the castle like she owns the place and interrupts the knighting ceremony with a rather admirable degree of confidence. Like hot damn! As if that isn't completely kickass enough, Morgouse then stands before Arthur and is pretty much "bitch, fight me!" without an vocalization. After he asks her to reveal her identity and he does that whole 'omg ur a woman!1!!' thing she's pretty much like 'yeah I'm a woman, what of it.' Honestly this has got to be one of best character introductions I have seen next to maybe Azula's. Not only was it just intense but it was also an amazing show of character; her confidence, her abilities, and her general personality. All in one appearance. At this point she had spoken maybe 2 or 3 sentences. But lordy, lordy, that was all she needed to get her point across.

Which leads me to another point; while Morgause may not have had as much screentime as other characters, she sure made the most of her time. To be honest, up until Morgause, Merlin was something I was a casual fan of, like I watched it when I had time, I wasn't eager for the next episode; after Morgause made her debut that changed. Her character just pulled me in, even if she only had a single scene, it really made the whole episode for me.

Another huge factor for me, I touched on this in the first paragraph, was her 'so what, I'm a woman' attitude. I like how when Merlin told her that Arthur wasn't going to go easy on her if she didn't withdraw her challenge, she stated she didn't expect special treatment...nor did she want it. I've seen female characters who wanted to be tough and fight but at the same time they did expect special treatment, I don't mind this kind of character but I tend to enjoy Morgause's type more. She's tough and she doesn't want to be treated like this fragile breakable thing.

Which leads to another point, one that is also reoccurring in the above paragraphs. Her confidence. Damn, do I admire a confident character. Morgause has a mind of her own and when she has it set on something...it is set on the thing. And she never second guesses her plans to achieve whatever it is that Morgause aims to achieve. She has her plans and she doesn't go back on them, and seldom does she think that her plans will fail. Of course this does kind of walk into overconfidence and thus she ended up bringing upon her own downfall, but until then...
Heck, even after getting seriously injured she maintained this strange sort of confidence as she still had a plan she wanted to carry out and she did it, confident that it'd work.

And this plan took a good degree of courage, considering her plan was to, oh you know...sacrifice herself. A lot of the stuff she did was super bold and rather brave. She wasn't a coward, not in the slightest.

Of course to formulate any sort of plan, one needs brains. Which is another reason I like Morgause; she's smart. She isn't one of those cackling, 'lol, I'm so evil' villains. The woman was intelligent. After breaking into the castle that first time she didn't do it again, because that would just be stupidly risky. She was clever enough to get Morgana's assistance in this. And of course she had tact when meeting up with Morgana, such tact included an alias (at one point) and using magic to alter her appearance. For plot's sake though, of course she was exposed--now don't get me wrong, I love Morgana, but technically it was her fault as Merlin always followed her and such. Morgause also displays her chess-master side with Cenred; by getting on his good side she got his army. And she had him on a leash, knowing exactly what she'd do if he turned on her. And it worked. Like a charm I must say. And those are just a few examples.

Another reason I like Morgause is because she's simply a powerful character. She is very skilled in many areas. Not only is she one of the more dangerous sorceresses Merlin faced (raising the dead, creating two different types of immortal armies, ect) but she's also got craft with her sword. I mean she beat Arthur, up until her, he hadn't really been beaten in a one on one duel. The woman is talented.

I also really like that soft spot she has for Morgana. It shows that she isn't as heartless as she seems. This showed that her motives weren't completely vengeance and power driven; she wanted what was best for Morgana...for her little half-sister. She gave her life in hopes that it would make things better and easier for Morgana. I enjoy a villain who has some complexity and some humanity. Contrary to popular belief I don't think that Morgause is completely evil. Not at all. I also don't think she's self serving, as I said, a lot of what she did was for Morgana. Which leads to another thing; I don't think she was just using an manipulating Morgana. Morgause was manipulating and using Cenred. With Morgana, she called off her attack (even though she could have won) when she found out Merlin had poisoned Morgana. Basically I think Morgause is a well-rounded character.

She's pretty. Yup, that's another reason. I'd be lying if I said physical attractiveness has no role in this. To be even more honest, the fact that she looked like a character from a show I loved as a child is what initially baited me in. However, as far as physical appeal goes, I find that the more I like a character, the more physically appealing he/she becomes to me...

And finally Emilia Fox. She's a wonderful actress and she plays Morgause so well. I couldn't have cast her better. Her mannerisms, her gestures, and her facial expressions are on point. When she was holding Morgana, you can see the desperateness in her eyes...feel the emotion. Emilia is just brilliant.

Morgause, for me is just a wonderful character all around, I'm surprised it took so long for it to hit me in full swing how cool her character is. 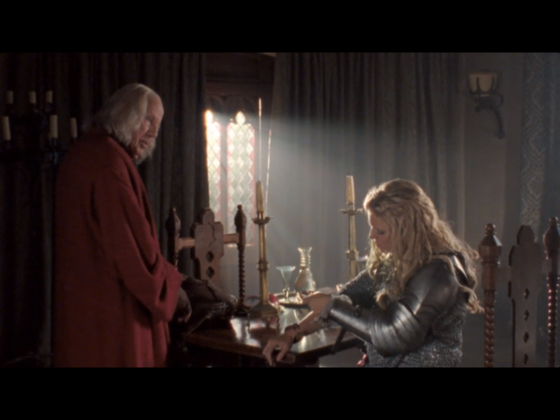 missdoney and Articuno224 like this
Articuno224 What can I say? I agree with a lot of the things you said! I personally enjoy all the villains of this show the most really! I enjoy them because as you said "I love villains who isn't just evil, but also have some humanity". And I think Morgana is the same way. Even though many just find her completely evil and one dimensional. I'll have to disagree a bit on Morgause introduction though... For me that scene wasn't really badass because it just seemed to weird and random in my eyes... How did one person even get in a city alone? That shouldn't really be possible unless the people in the castle have no care in the world about who comes in or out.... Also the guards she killed... They just seemed completely useless to me, I remember that I found it so funny once that Camelot soldiers are pretty much useless and like meat for their enemies, but they have more and more anyway. Oh but don't misunderstand, I absolutely LOVE Morgause and I really don't get why characters like Morgause and Mordred are so unpopular. To me they are some of the greatest and most powerful characters we see on screen! I don't know why but it seems like whenever a villains is so comlex and when they get emotional, it actually has a lot more effect on me! Great article :D
zanhar1 Thank you. Same here, in general I'm a villain fan. It isn't just a Merlin thing but pretty much in every show I watch. Honestly I love all kinds of baddies both sympathetic and ones with humanity and the ones who are just down right evil for no good reason lol. Villains are just more interesting. I have no clue how they see her as one dimensional. That would suggest that she hasn't changed at all as a character and that she has no depth. Which is simply untrue she went from good to bad and she did so for a rather complex reason. xP Magic. She used her Morgause magic. That or the guards were all drunk and/or sleeping. I can agree with that, the guards were kind of just there for show or something lol. But is still enjoyed the scene and the whole 'bitch fight me' thing she had going on. My guess is that they don't like characters like Morgause and Mordred simply because they are the bad guys. I find that across the board people hate on the baddies for being baddies. It's like what do they want them to do? Deliver freshly baked (perfectly safe to eat) cookies to Camelot every morning??? The bad guys are usually the most developed and the most kickass and they are so unappreciated. Oh God yes, whenever I see a villain cry or breakdown I get all feely lol. It's just that seeing such a strong and powerful woman like Morgause reach her limit and break is heart breaking. It was especially hard to watch when Azula (from Avatar) had her breakdown. And thank you again.
missdoney I totally agree with you! you sayed every word that i want to say about this character and i writte a article too about her (i think that you will be like). Thank you to defeat this lovely character that i love.
zanhar1 Thank you. Glad you like it. You'll have to let me know when you are finished with your article.

3
Merlin Secrets and Magic - Welcome to Camelot
added by knight_princess
A full 50 minute six part video on the Making of the most magical BBC family drama, Merlin. Full of information on the sets, locations, special effects, and interviews with the cast. A must watch for Merlin fans.
video
merlin
arthur
bbc
gwen
morgana
season 1
scene
magic
full episode 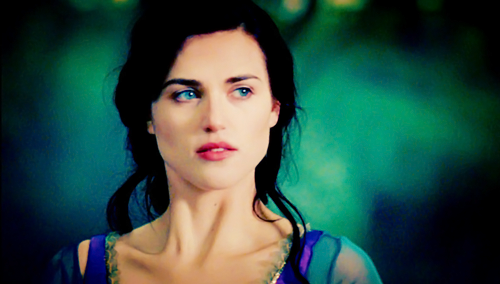 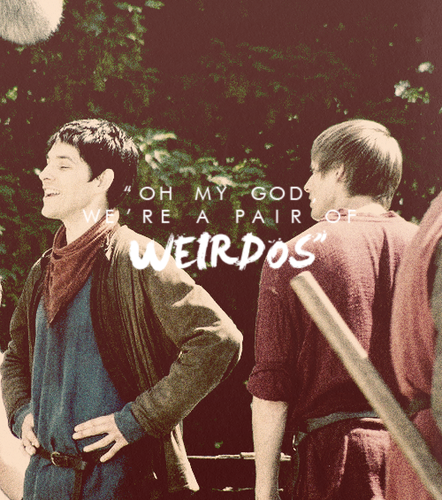 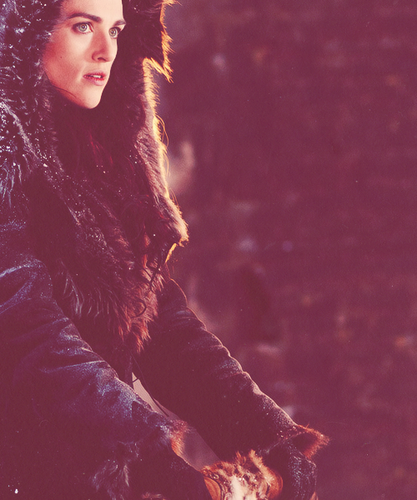 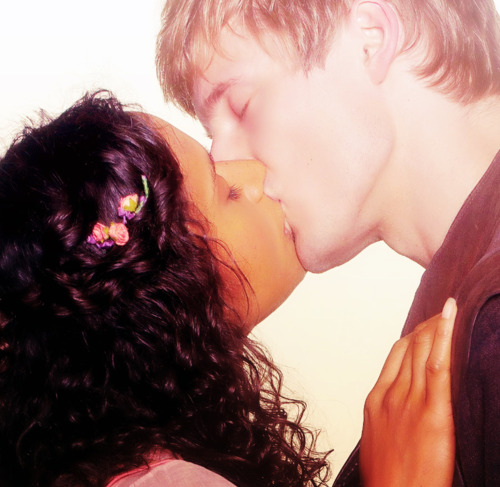 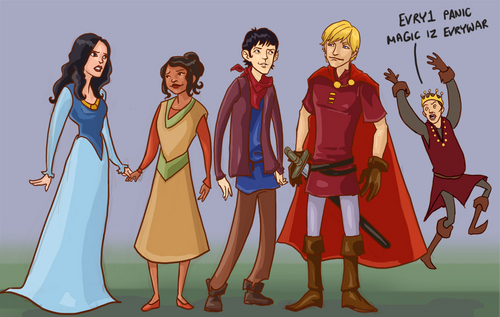 5
Uther at his best
added by alishamau 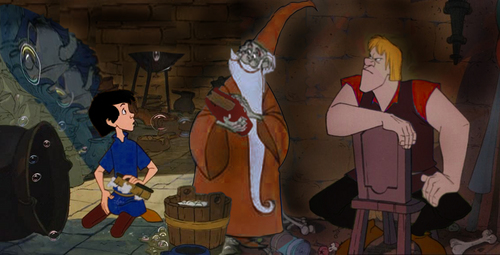 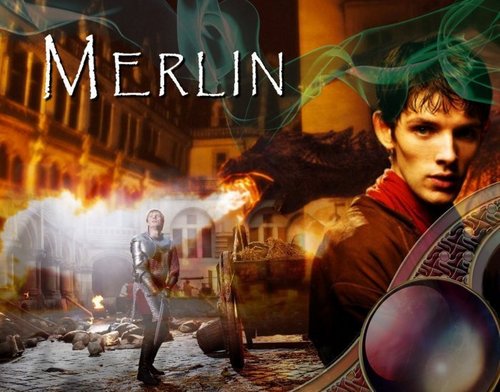 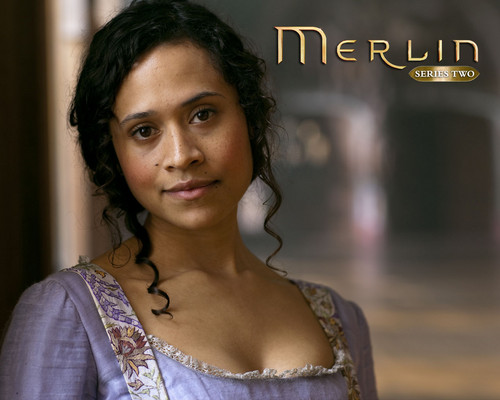 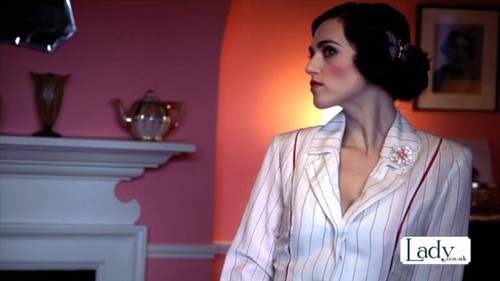 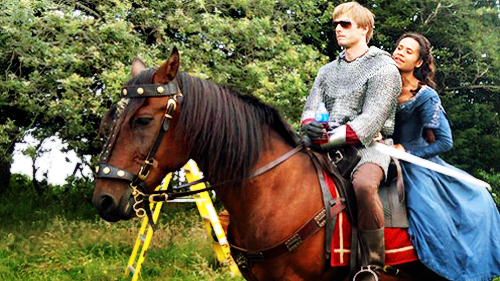 1
Bradley and Angel - Behind the Scenes
added by el0508 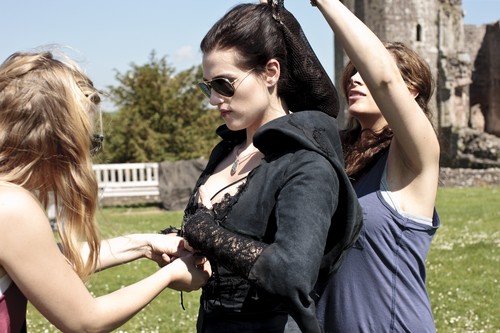 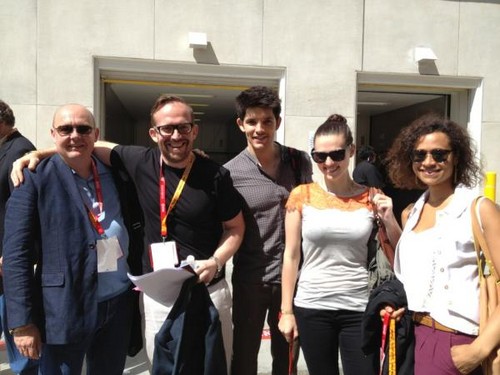 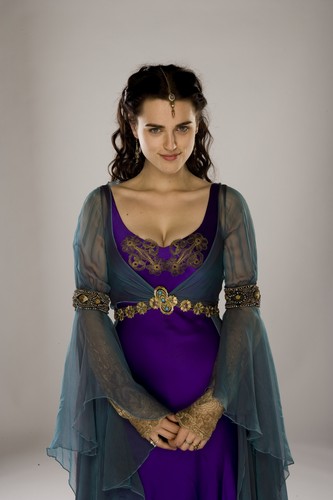 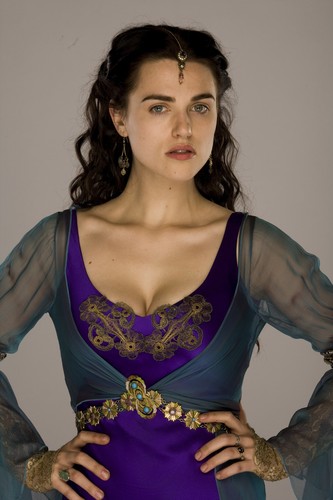 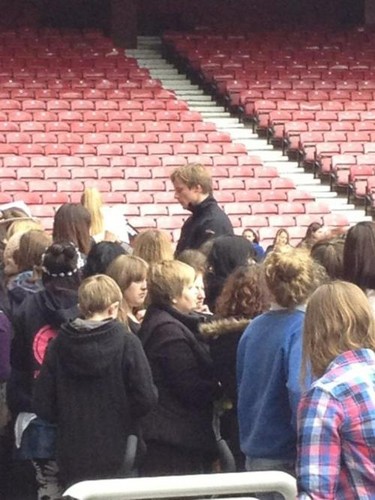 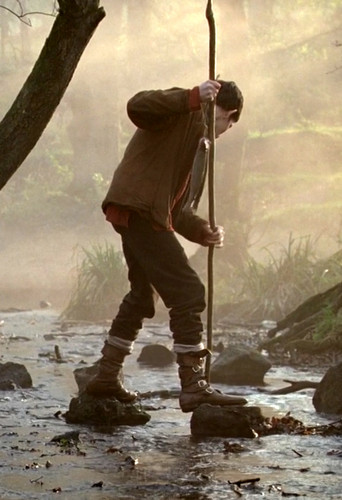