2
Mew Mew Fanfic!
posted by Tunic
If you want your character to be in this, fill out this form!

Name: Tash
Age: 14
Appearance: Long brown vibrant hair, big blue/grey eyes, oval face, full lips, she usually wears her school uniform, a voilet scarf, wih a black bow, grey shirt and skirt, voilet socks and black shoes.
Personality: Tough, independant, you don't want to make her angry. Elusive, Funny, Kind, Protective and cute.
Mew name: Cherise
Mew DNA: Lemur/Bat
Mew Appearance: Black long hair, silver eyes, She wears a black top, like Ichigo's, and a black skirt, with silver boots. She has bat ears, bat wings and a lemur tail
Mew weapon: Cherise Disc (a black disc that she holds like a frisbee.)
Mew Attacks: Black Cherry Launch! (Her strongest attack, She grabs the disc as she spins around in the air, holding up the disc to the moon, the disc turns into a silverish fireball as she throws the disc.) Black Cherry Moon! (She jumps up, legs arched back, as she throws the disc and it mutiples into 5, each landing harshly and causing a small fire circle.) Black Cherry Power! (The disc turns into silver balls, mutiple balls and it allows her to throw them.)
Mew Cry: Mew Cherise! Transformation/Mew Cherise Go!/ Mew Cherise Transform!
Crush: None yet ;) (comes in later)
Other:

- Tunic
Ryoko8419 and NickyTheBest like this
Magicalgirl12 Name:Luna Age:10 Appearance:Has long light pink hair,blue eyes,wears a pink short sleeve top with a purple bow and wears a long pink skirt with a purple bow belt. Personality:Cute,sweet,very nice,She's a very nice person and has a very good heart. Mew name:Mew Hana Mew DNA:Purple cat Mew Appearance:When she's a mew mew she wears a pink dress like Mew Ichigo's but it's longer and it has flowers on the dress and ribbons,she has pink and purple hair and she had them in long pigtails. Mew weapon:Flower wand,flower staff,flower crystal wand Mew Attacks:Flower wand power!,flower staff blast!,flower crystal wand power unite! Mew Cry:Mew mew Hana trasform! Crush:None(She's only 10 years old I don't think she has one XD) Other:?
Magicalgirl12 I forgot she has one pink eye and one purple eye when she's a mew mew. 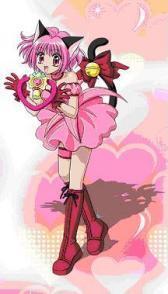 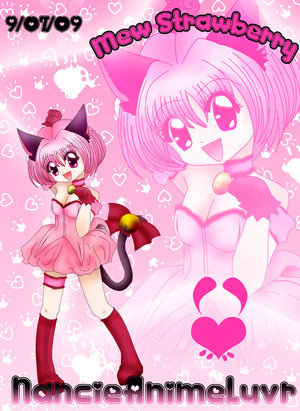 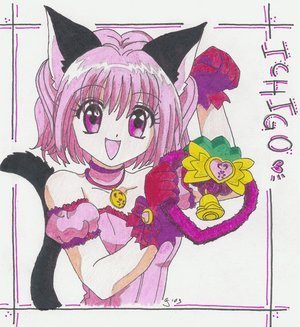 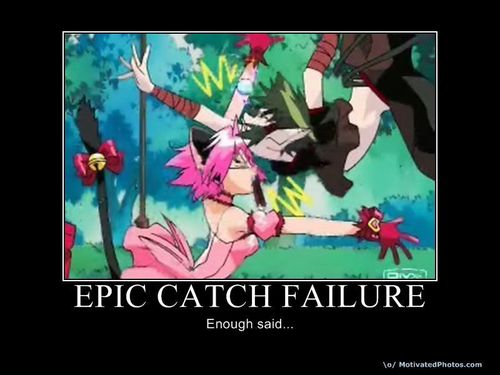 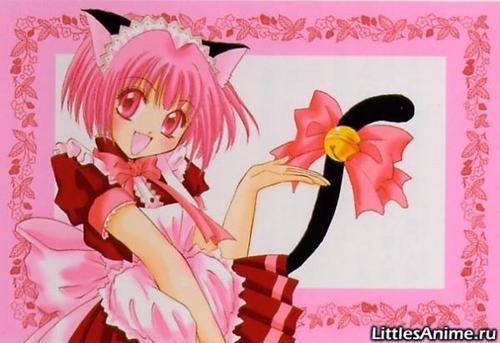 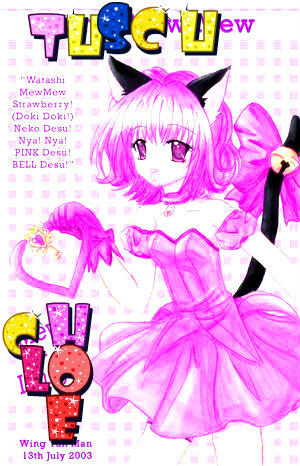 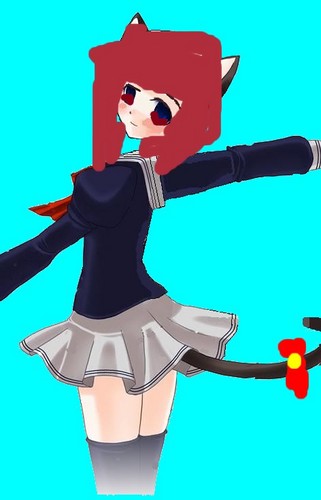 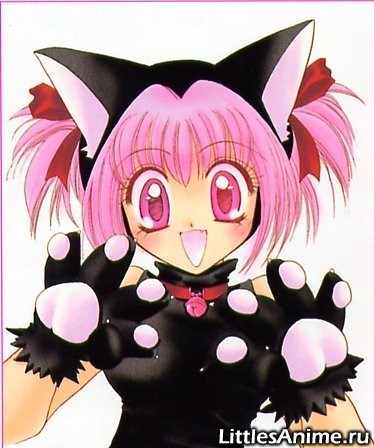 2
cat suit
added by hfkklg
1
Mew Cherise (Part. 1)
posted by Tunic
(Remember, go to Mew Mew Fanfic! Fill out the form for your character if you want to be in the story. BTW Tash/Cherise is a Cherry. Soyoucantbeacherry :) Ya know what? Instead of changing from Tash to Cherise, i'll just call her Cherise)

Ichigo sighed to herself. "It can't be, minimew. Mistake much?"
Tash felt offended. "We'll see about that!" She said, hurt.
Ichigo snorted.
"I want to keep Kishu and Ryou to myself" Ichigo mumbled under her breath.
The bell went alarmingly, and it startled Ichigo, as she instantly got up and went to leave school.
Tash ran to the toilets.
"Mew Cherise. Transformation!"...
continue reading... 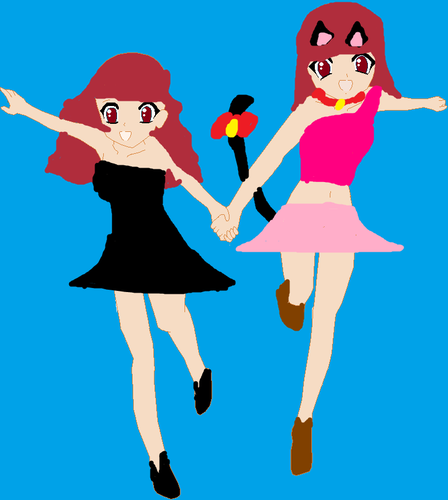 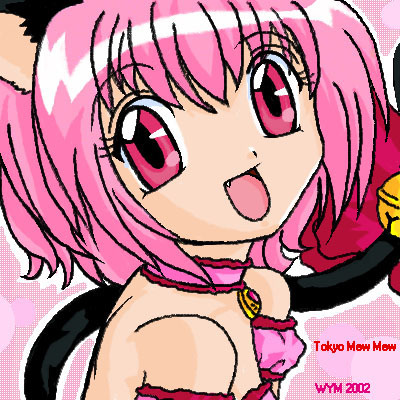 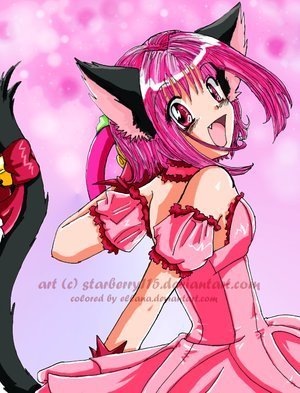 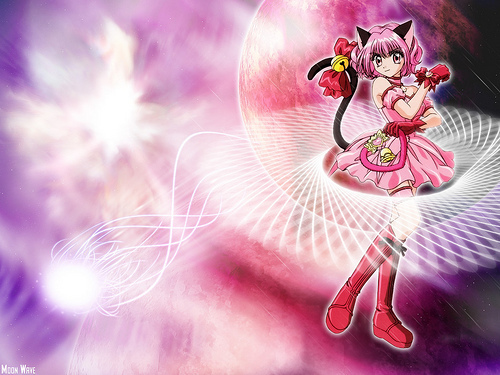 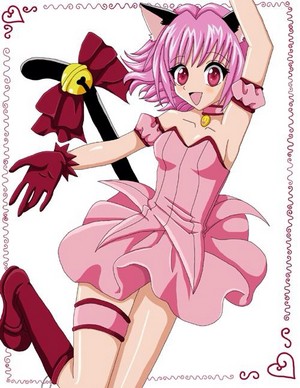 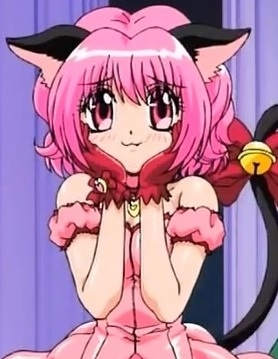 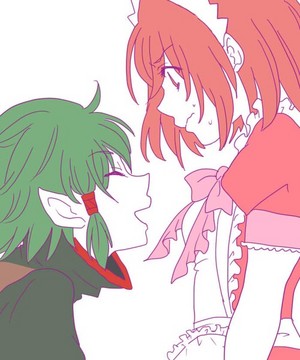 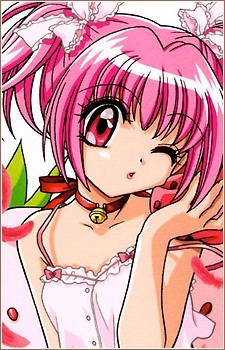 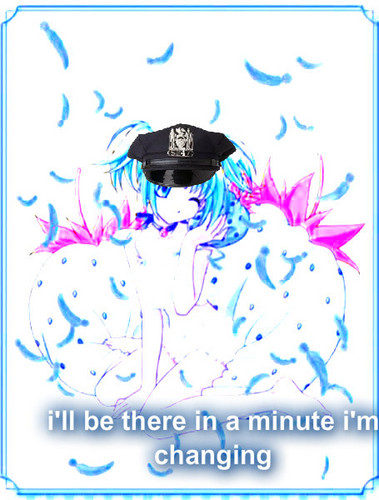