10
Brendan Fehr interview
posted by TriineA
I've translated the article - I've tried to do my best, considering that my English is not my first language (:
***

After being on Roswell, Brendan Fehr takes part in the show with the biggest number of viewers in the US: CSI Miami.Dan Cooper, who is a guy of few words, has found his way to the CSI Miami, who want him to be a part of his team season 5 of the show. Have you recognized him? - It’s Brendan Fehr, who after Roswell is now enjoying "his promotion".

- Wanna talk about Dan, your character on CSI Miami?
Dan hardly speaks, he sits in front of his computer trying to find out information. When they gave me the script with the description of my character, I’ve tried to play him as a sunny and funny character and not a stressed one. Even though he always wears his lab coat you can catch a glimpse of his coloured clothes.

- Have you learned anything from your roles that you never would have else?
Yes, a lot.

- What would you say if someone wanted to film your life?
I hope nobody will, it would seem stupid… and I'll never give them my permission.

- What is your impression about being known all around the world?
It's amazing! Lately, I’ve thought about something I've never considered before: In the foreign countries my voice is dubbed and I think that for the people who have to play a scene only with their voice, is a delicate job with a big responsibility.

- How did you start your career as an actor?
I went to an agency in Vancouver and they suggested working on tv. It seemed like playing a slot machine: You don't expect you to win, you play for fun!

- Anything you wanna say about Roswell?
I love Michael and I didn't want to play another role. I never considered him an alien, but a guy who fights to survive. I had a lot of fun with Jason Behr (Max), who could imitated many accents and with Majandra Delfino (Maria).

- You and her were together for a while, weren't you?
Yes! She hated me and she told me, so I tried to be less unpleasant, I always gave her the 'goodmorning and the goodnight kiss' as soon as I arrived on set and just before I would leave.
We hated loving each other and we loved hating each other, but together we had a lot of fun (<3)

- Do you have any tattoos?
Yes, two and I think I wanna have some more.

- What do you think about women with tattoos?
Women can be cool with or without tattoos, it's not the tattoo that makes them special.

- Was there an actress you loved before you became famous?
More than one, but I adored Alyssa Milano (Phoebe from Charmed).

- Which character from shows do you like?
Scully (X-files) and the characters from "Meet the parents". I liked CSI Miami even before I’ve started to work on it. ..and when I see shows with my Roswell co-workers, I watch them and I root for them.

- How would you describe yourself?
I'm a momma's boy. When I moved to LA I felt lost because of all the drugs and alcohol.

- What do you do in your free time?
I like sleeping, cuddling my dog, playing Monopoly or golf, but my passion is hockey.


Name: Brendan Fehr.
Date and place of birth: 29 October 1977, New Westminster, British Columbia (Canada).
Sign of the zodiac: Scorpion.
Biggest grief: His parents' separation.
Wife: Jennifer, who was introduced to him by Majandra Delfino.
Favourite subject in school: Math, because it has only one exact answer.
Favourite music: Metallica.

xxxxsammyxxxx, sk91 and 8 others like this
26lola2 I love Brendan fehr!! He's so cute and he and Maria are my favorite tv characters ever!!! Love Roswell forever!! <3 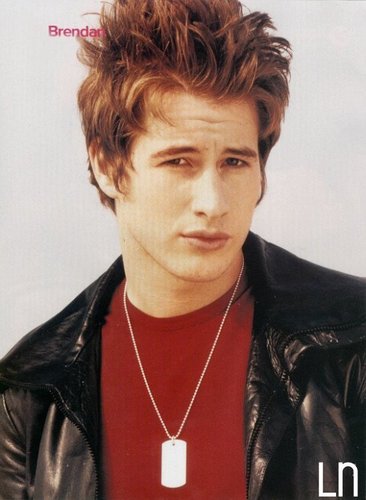 6
Michael
added by TriineA
Source: http://destinyroswell.tripod.com/crashedinroswell/id11.html
10
He stayed for her and she left for him <3
posted by TriineA
Didn't know where else to put it. This is coments about the Michael/Maria relationship said by creater and some other people (:


"The minute we put Michael and Maria together in a car in the episode '285 South', we knew we had to move forward with that relationship. It was definitely our plan to do that, but seeing that natural, electric kind of rapport they had with each other, we moved it ahead faster."
- Jason Katims, fandom.com, 2000.


"Michael and Maria, which I thought was one of the sexiest, hottest couples on TV, literally.
We could roll that camera and these guys would get so into it,...
continue reading...

5
Michael Guerin and Maria Deluca (Roswell)
added by rosangie
Michael and Maria talk about each other and their relationship. This isn't an interview with the actors, they are ad-libbing in character.
video
roswell
m&m
candy
maria
michael 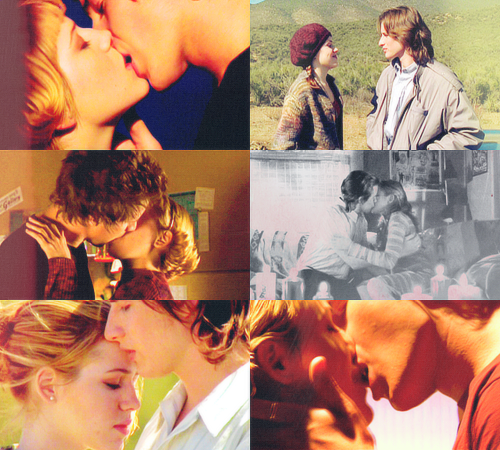 5
Michael and Maria
added by Sara92 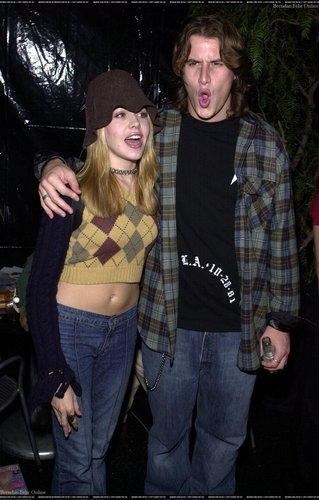 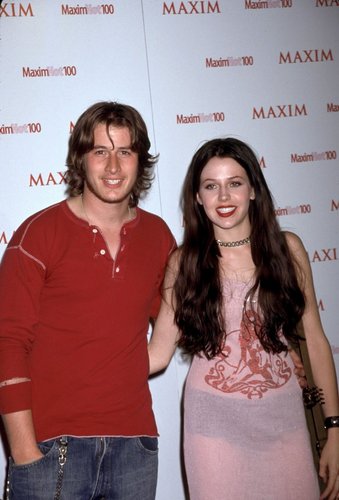 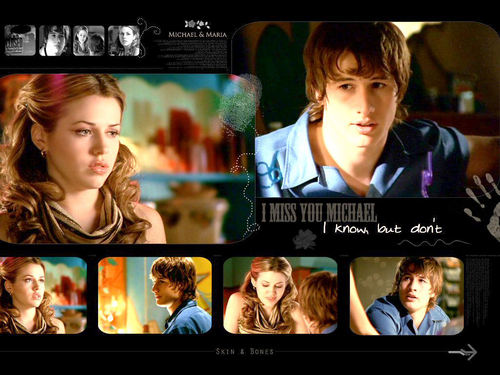 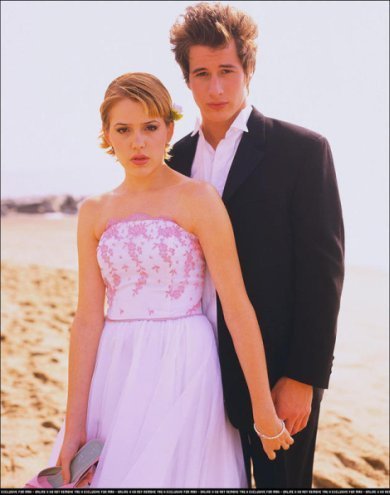 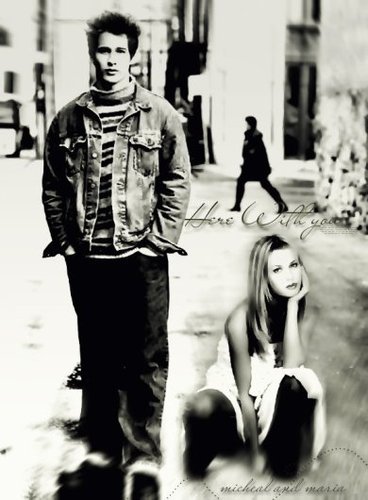 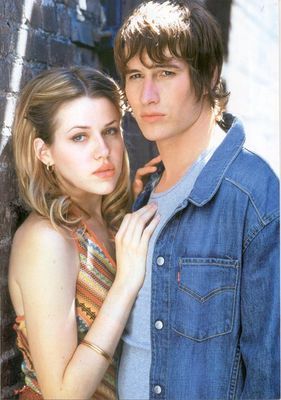 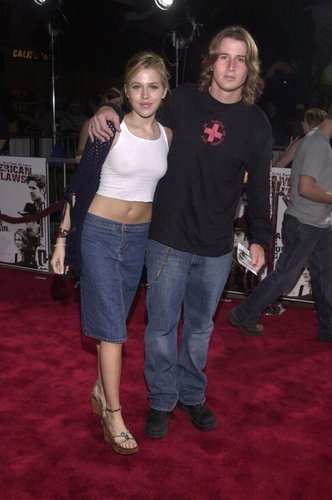 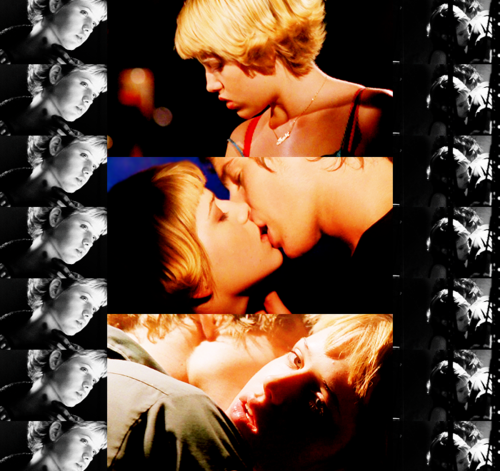 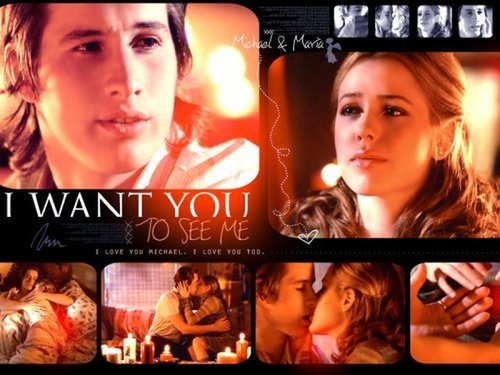 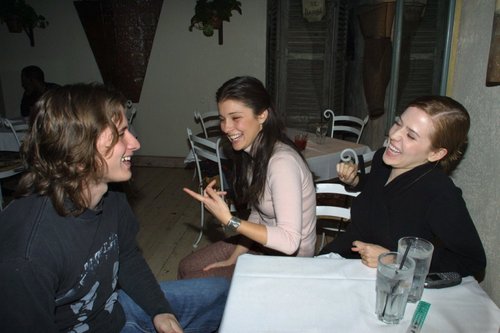 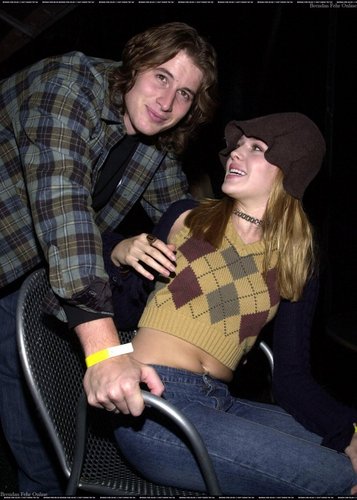