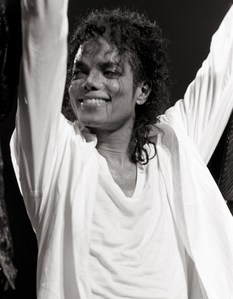 The person that i admire the most is Michael Jackson because he is the sweetest person on earth who wanted to show us something very special and important.He is a very heroic person.He wanted to heal our world and help children around the world,Who needed a hero and also an angel from heaven to make them smile.Michael inspired me so much through his wonderful talented music that had amazing words with great meanings.I love his music because when ever i listen to it i always feel his presences around me i feel him smiling at me like everything is going to be ok.He always makes my hear feel so warm and happy.I love his sense of humor.He always looked so cute when he laughed and i would always laugh with him.He had a heart of a child.He loved the three stooges just like me and my dad.He was such a funny,sweet and shy person.I loved his heart i didn't care too much about his looks all the time but he was very beautiful black or white i didn't care he had vitiligo which is when your skin turns whiter and it's not the person's fault at all.i loved Michael because of the heart he had for the world and how he healed our world.Michael Jackson is a true humanitarian he never gave up on anyone who needed a hero just like that kid who needed the liver remember? That Kid was dying and Michael didn't let that kid die like any doctor or nurse who would give up on a sick patient.Michael searched everywhere for the liver and found it because of Michael that kid is living today right now.He will always be the king of pop forever and his legacy will live on forever.Michael will always be truely loved and will remain in everyone's heart.Michael Jackson is not only the king of pop but he is the King of music and he will always be peter pan forever in my heart.I Love u so much Michael for everything.i love u so much and God bless u where ever u are i know ur spirit will always be with me,ur fans and ur family smiling at us and showing us your love.I miss u so much and i pray so much to God that u could hear me and listen to what is really in my heart that i want u to know.RIP sweet beautiful angel i hope where ever u are u are at peace and happiness.I know u must be dancing up there in heaven having a great time.I hope one day when it is my time i hope i can give u the biggest hug and be with u forever.<3 thanks again for ur love and ur music it will never die ever. 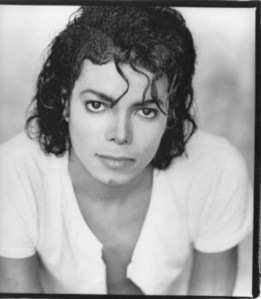 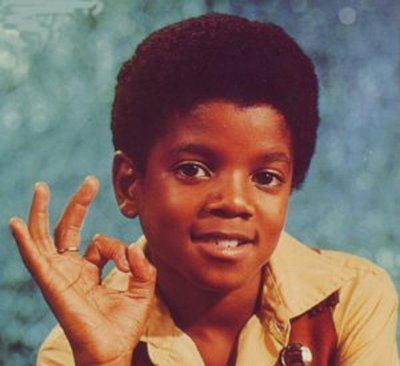 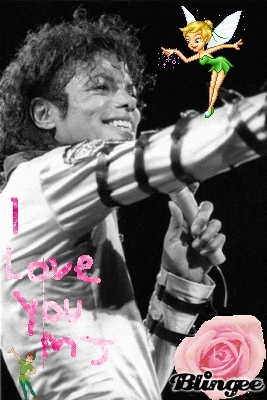 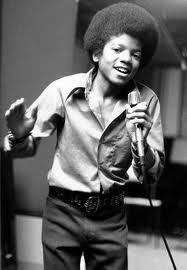 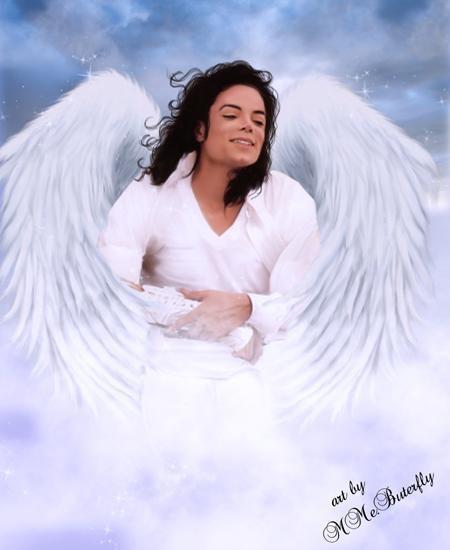 I think that michael jackson is a legend and his work will live on forever. Michael lost his childhood because he became famous and didn't have time to play. He would sometimes cry from lonliness. Michael broke so many records throughout his lifetime. He had a very creative mind and always came up with great ideas for music videos. Michael continued to amaze the world with his singing and dancing abilities. He did a lot of interviews. when he was in his 40s he had 3 children and gave them the best childhood ever. michael got charged with sexual assult twoards a minir and was later proven not guilty. He would never hurt a child in his life. like he said he would slit his wrist before he hurt a child. i appreciate how hard he worked to become famous. He will always be missed by his fans. He will always be in my heart.
6
Michael in rehab 93
posted by Whisperoflove7
It was nearly 1am on a cold November night and the runway at Luton airport was deserted. A private Jet just landed and taxied to a secluded spot near the perimeter fence. Two rented minibuses, their windows blocked out with white sheets, drove to the tail section where a narrow stairway was being lowered. Driving the first van was bodygaurd Steve Tarling with one thing on his mind- to get Michael Jackson off the jet as quickly and as secretly as possible. Custom and Immigration officers boared the plane to check documents and Steve moved in. Nothing could have prepared him for the shock of...
continue reading...
4
Symbolism in Fashion: Armbands
posted by mj_yana_girl

2) Armbands are recognized around the world as a sign of safety and help. they’re commonly worn...
continue reading...
4
Michael Jackson’s Type Of Girl
posted by NikkiLovesMJ
Age 12, 1970:

MJ: I haven’t really had any girlfriends yet, but I’ll tell you what I’d like to find in a girl. She has to have a good personality. I wouldn’t want to go out with a girl unless I had talked to her for a while, seen what she’s...
continue reading...
7
The horror of a STRIP SEARCH-Michael Jackson 1993
posted by mj4ever202
“….There was nothing more humiliating for Michael Jackson than when police strip-searched him while investigating the allegations that he had molested 13-year-old Jordie Chandler.

After the police arrived at Neverland, it took lawyers an hour to persuade him to leave his bedroom. Finally, he came into the living room clearly agitated, wearing a brown dressing gown. He blocked his...
continue reading...
2
Michael Jackson’s Effect on Pop Music Industry
posted by StephenB
Many artists come and go but very few are able to put an effect on billions of music lovers all over the world. Michael Jackson was one of them. Right from the his first album “Off the wall” in the year 1979 to the last hit “Dangerous”, Michael Jackson music affected the pop music industry in numerous ways. Whether it is his charm, extraordinary music videos or heart touching songs, link and his music has definitely changed the way pop music was created. His unique style and popularity even after his death, proves that he is, was, and will always remain the king of POP. Michael Jackson...
continue reading...
7
This Is It - A secret message, or a lucky coincidence (PLEASE READ)
posted by lucaslover528
I don't know if you've already heard, but this is certainly news to me. Two days ago my sister and I (who are both huge MJ fans) were messing around on the internet. And then this screen came up:
Michael Jackson Is Alive - Secret Message In This Is It
I was confused. I didn't understand. Then in some comments it read, "Use the music programme Audacity to play This Is It reversed and you will hear the message". So we did so. And this is what we found:

And I'm just the one in it all
Who is laughing?
Who is laughing?
I hope you are
And I'm not dead
They wanna believe
That I live on and
I'm just the one...
continue reading...
6
Jordan Chandler Admits He Lied About Michael Jackson
posted by lucaslover528
Finally, Jordan Chandler admits he lied about Michael Jackson of indecency, which became the pilot to the court case against the “King of Pop”. Jordan Chandler the child that accused Michael for misbehaving with him finally came forward to tell that the case was based on lies. Evan Chandler was the father of the kid, he never approved the friendship between Jordan and Michael Jackson, and he is the one who accused “King of Pop” for having an unnatural relationship with his son.

Michael and Jordan were friends but Jordan’s father never approved their friendship, encouraged by his father...
continue reading...
7
Will You Be There - Ode To Song
posted by mj_yana_girl 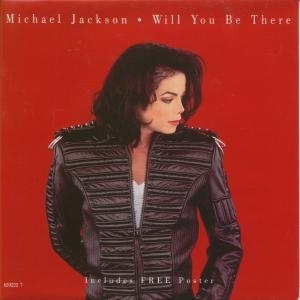 Cover of the "Will You Be There" CD single.
Michael Jackson first revealed Will You Be There to the world when it featured as the eleventh song on his 1991 album release 'Dangerous'. Penned solely by Michael at the height of his career, this initial 7 minutes and 40 seconds version of the song became an instant favourite of fans the world over.

The first time I heard Will You Be There, I was captivated by the intensity of emotion conveyed by Michael in both his voice and lyrics. I can still remember sitting at eight years old, engrossed in writing out the lyrics over and over again in an attempt to decipher Michael's true intent behind...
continue reading...
103
michael jackson forever the King of pop
posted by mjfanitic

michael Jackson is so Lovely
Michael is the king of pop. I just don't understand
why so many people are after him and hate him .
I love him for who he is not what the press makes
of him.
I love the way he moves and his voice ooh it soothes me . I am a big supporter of Michael Jackson
ever since I was 4 years old and I am not going
to stop.
It hurts me to see him suffer because I know how it feels to be teased and harassed because I went through the same thing in school.
I want Michael to know that you mean everything to
me an I love you so much.

michael is an angel 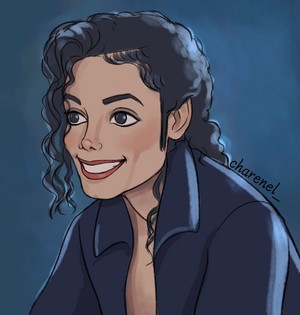 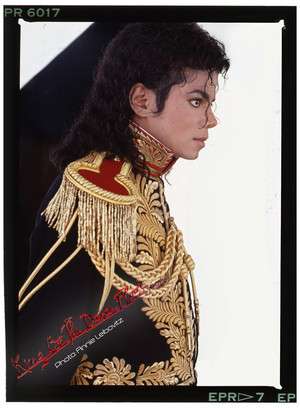 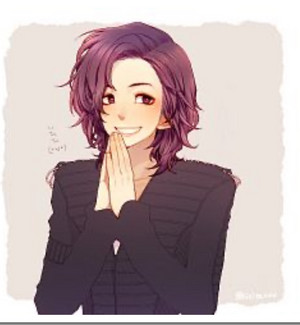 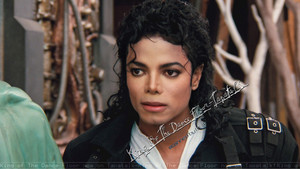 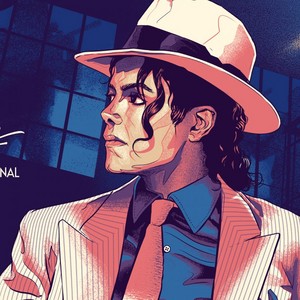 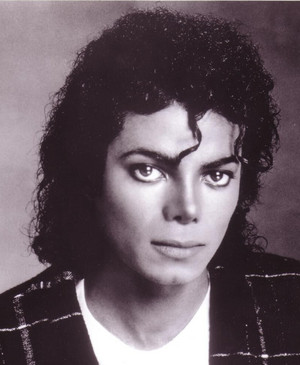 Michael Jackson
added by cherl12345
3
Michael Jackson Fanfiction
posted by BrittaniaLuv
Looking for a good place to post and enjoy Michael Jackson fanfiction. I see a few have been posted here. Comment if you would like me to post some here, or if you know of any active forums or sites. I use to write "Love of a Lifetime" and "Nursing the Wound" on MJEOL forums as "Mjsexybuddy", The site is still up, but there is no activity on the site anymore. I loved writing Fanfiction, and I recently decided I would love to start writing again, but in a place I know it will be read and enjoyed. 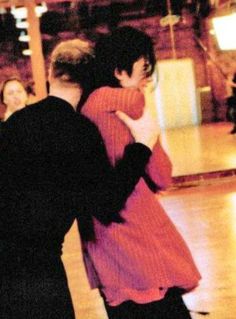 1
Making Of Blood On The Dancefloor
added by cherl12345 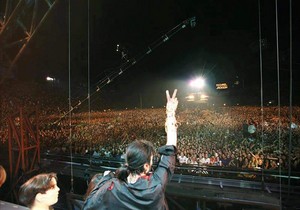