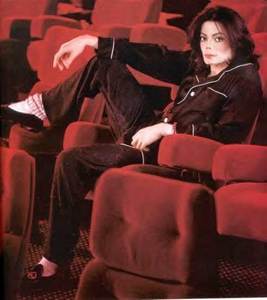 While driving back to his house, Michael turned on the radio, and complimented Maris on how beautiful she looked; in addition, to telling her about the plans he for the two of them. "This is going be one special afternoon for both of us," Michael replied, "I've been planning this for weeks". "What are we going to do when we get to your place," Maris asked,"you'll find out when we get there," Michael replied as he was keeping his eyes on the road and the other drivers. Just five minutes away from his sprawling mansion, Michael was anticipating every minute of what was to be romantic afternoon with with the woman he loved.

"You sure are being very secretive in regards to what you have planned for us," Maris replied, "relax baby, were almost at the house," Michael replied. Michael wasn't reveal the plans he made for the two of them, so he just looked at her and smiled and kept on driving along the Pacific. As they arrived at the house, Michael summoned the security guards to open the gates so he can drive up the main house and park his SUV in the garage. Maris was in awe when she got a glimpse of Michael's sprawling mansion; as well, as the well-kept landscape and the front yard. "Wow, Michael, what a nice place you have here I've never seen anything this before," Maris replied,"oh, thank you, sweetie, someday you'll be living here with me in this house," Michael replied while rubbing her left thigh. Michael parked his SUV in the garage; in addition, to helping Maris out from the passenger side.

As they walked up the to the front door of the house, Michael unlocked the door and let Maris enter before him. "Well, this is my house and feel free to make yourself comfortable, and anything you want is yours," Michael replied, "can I get you anything, sweetie". "No, thank you" Maris replied, and Michael went into the kitchen to get the champagne, which was chilling in the refrigerator, and the two glasses alongside the whipped cream and strawberries. While Michael was in the kitchen, Maris walked around the house admiring the antiques, furniture; as well, as the artwork and Persian rugs Michael had purchased a few years back. As Michael arrived with the champagne and the snacks, Maris was sitting on the couch waiting for him.

"I got the champagne and snacks," Michael replied, as he carried the tray into the living room, and place on the antique onyx and marble coffee table. "I want you to enjoy yourself and have a good time while you're here, Maris," he replied, "I want to be comfortable for the duration of your visit". 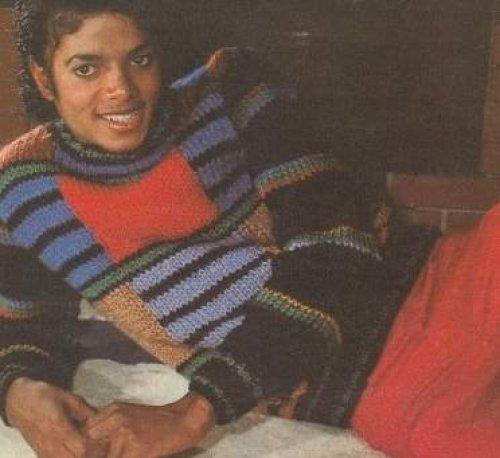 shazzlouise1986, MJisLove4life and 2 others like this
mj231 Very romantic and sweet Love it
Michael Jackson Fantasy---Forbidden Love (Part 31) FINAL PART
posted by mywaymj84
The whole way home there was a chilly silence. Michael thought Holly was just tired and decided not to say anything. When they arrived home Holly immediately went upstairs to their bedroom with Michael behind her. Holly went into the nursery to check on Jenny and Michael went into the bathroom to brush his teeth. After Holly was in her nightgown she walked into the bathroom and said "How long is the tour Michael?" Michael's eyes got huge and he stoped bushing his teeth and looked at Holly in the mirror. "What do you mean?" Michael questioned. "Michael don't play dumb with me I heard you and...
continue reading...
4
Bad Era Fantasy: You Found Me Part 2
posted by foreveraMJJFan 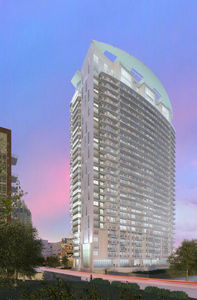 where michael lives.....
Michael woke the next morning, to the sound of the television blaring from his living room. "Thank god it's the weekend." Michael thought groggily as he got up and walked into the living room to see Tataina eating a bag of chips and watching Jerry springer. "I dont mind you watching tv but please turn it down." Michael replied. "Oh im sorry...i didnt mean to wake you up." Tataina apologized. "I'ts okay your just lucky it's the weekend and i dont have to work, now if you'll excuss me im going back to bed." Michael said as he walked back to his bedroom where he collasped on his bed and went back...
continue reading...
6
Bad Era Fantasy: True love always comes through part 7
posted by foreveraMJJFan 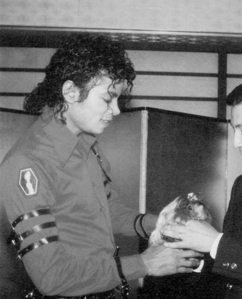 A week has now passed and it is the day michael has to leave to go on tour. Alicia still has not spoken to Michael since their disagreement, which worries michael.

"Well looks like thats everything." Michael said as he put his last suitcase on the tour bus. "Are you sure honey?" Diane asked as she stood outside the bus. Michael sighed, "Yep" Michael said as he walked off the bus and gave Diane a hug and a kiss, then he gave Rose a hug and a kiss and finally he gave little Abby kiss on her forehead. "Bye Daddy!" Rose waved to him as he made his way back on the bus. "Be careful honey, dont...
continue reading...
5
Bad Era Fantasy: True love always comes through part 5
posted by foreveraMJJFan 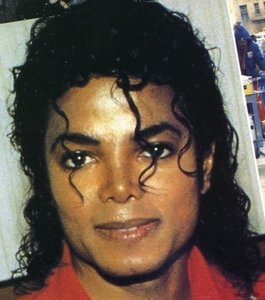 After michael took his shower and got dressed he then headed downstairs. "Good morning honey." Diane said as she walked up to him and kissed him. "Good morning baby." Michael said as he then gave her a kiss in return. " about last night...." , " Diane it's ok, you don't have to apologize again." Michael said stopping her. "What's for breakfast?" Michael asked changing the subject. " um eggs, bacon and toast." , "sounds good." Michael said as he made his way over to the table. "Hey Diane where's Alicia?" Michael asked looking around. " I think she's in the guest room..why?" Diane asked. "Just...
continue reading...
5
Bad Era Fantasy: True Love Always comes through Part 1
posted by foreveraMJJFan 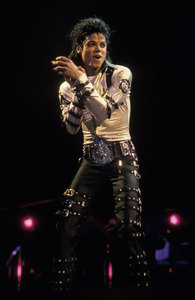 Michael doing what he does best :) <3
Prologue: ( this is a sequel to my first bad era fantasy love never comes easy when your a celebertiy)
Michael and Diane have been happily married for 3 years. Everything seems to be great, that is until Michael decides to tour again. Michael has not toured since his second daughter Abby was born.

Diane awoke to the sun shining through the window. Diane rolled over to give Michael a good morning kiss, but Michael wasn't there, his side of the bed was still made. Diane sighed and got up and walked downstairs to Michael's study sure enough there sat Michael hunched over alseep on the desk. Diane...
continue reading...
1
Quotes about Jackson
posted by the_best_Lover
- He always wanted to just bring people together… And the concept came about holding hands, like uniting, making this long chain, people getting together…that connection as one. … "This life don’t last forever" (verse from song) ... you gotta make the best of it and leave something behind that people can really cherish.

Akon, on the unreleased song "Hold My Hand"

- You're an angry dancer. There's rage in your feet.

-We're close, he's a good friend of mine, we definitely have a connection...
continue reading...
2
"(I Like) The Way You Love Me" lyrics ("Michael")
posted by Princess-Yvonne 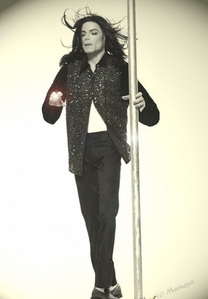 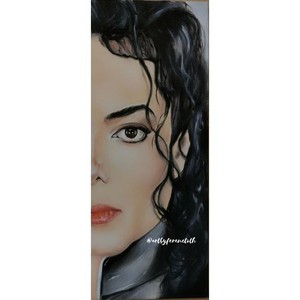 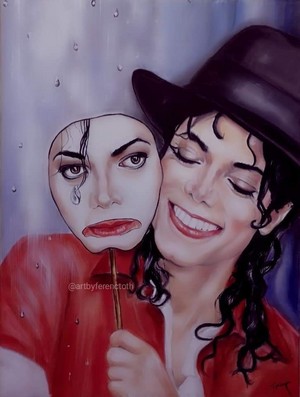 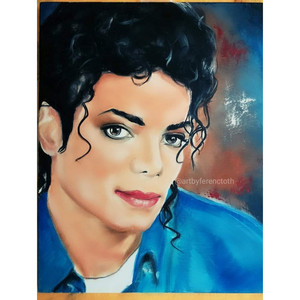 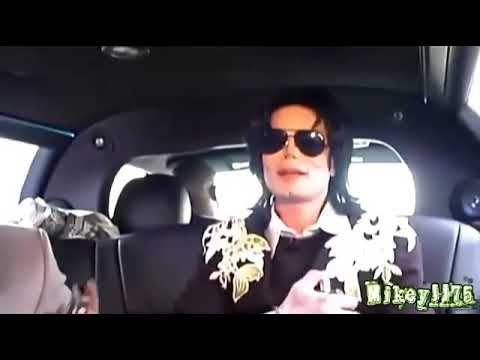 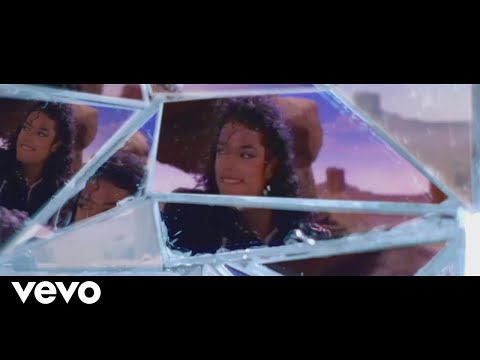 1
Michael Jackson - Behind the Mask
added by mjlover4lifs
video
michael jackson
king of pop
tribute
2018
behind the mask
6
Michael Jackson Fan Fiction - Forbidden Love Part 15 Revamp
posted by mywaymj84
“Michael, stop worrying over me, I’m fine,” Holly says with a tinge of annoyance as she rolls her eyes at Michael who keeps asking every two minutes if she is in any pain as they sit on the private airplane headed towards Houston. "Excuse me for just caring about you, Holly. But it's only been two weeks since your accident, and a few hours after being discharged from the hospital, now we are heading to Houston…I don't want you to push yourself." But the problem was Michael always knew Holly pushed herself, harder than anyone, including her mother and it worried him sometimes. For the...
continue reading... 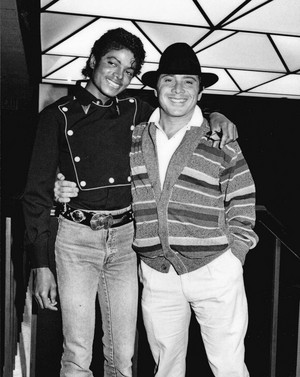 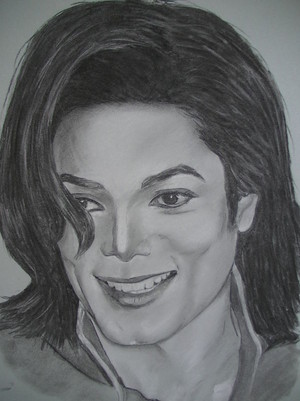 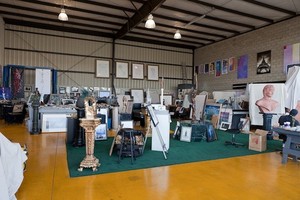 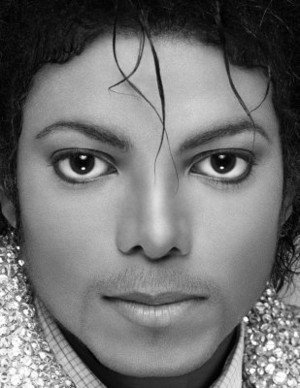 1
The eyes that mirror a soul
added by khieghyadra
Source: khieghyadra 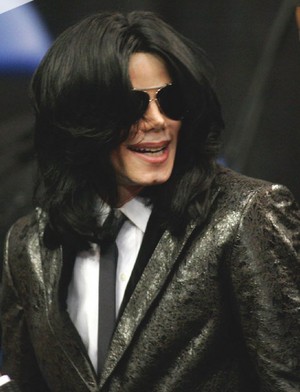