MINI's Birthday.. get $100
posted by Minimania

August: A Special Month for Minis


Julius Caesar had a month named after him, July, so when his distant relative, Augustus, defeated Liz Taylor and Richard Burton to become emperor of Rome, the Senate figured they’d better ante up for him, too. So, the month of Sextillis was changed to Augustus which eventually morphed into August.

Fast forwarding about a couple thousand years and the month of August takes on a special meaning to those of us in the world of Minis. It was on August 26, 1959, that the Mini was officially introduced to the public.

We could start with Issigonis’ birth in 1906, but if you want to go back that far in the Mini’s history, I’d suggest getting a copy of Gillian Bardsley’s book, Issigonis, The Official Biography. On second thought, get a copy anyway. Add to it, Jon Pressnell’s, Mini, The Definitive History, and any of the other dozens of Mini books published over the years, and you will get an excellent view of the history of one of the most important vehicles ever produced.

We won’t go as far back as Issigonis’ birth, but we’ll start with the nationalization of the Suez Canal on the 26th of July 1956. The main route for oil to the Western world was closed, and this is claimed as the reason for the birth of the “bubble” cars with their miserly fuel consumption. In November, Leonard Lord gave instructions to Issigonis to move from the bigger car projects he had been working on to a small car project. The idea was to do a proper small car instead of the pretend cars being built under the bubble car guise. Issigonis was given a clean slate with one exception: the engine had to be a current production engine.

By January 1957, Issigonis was recording details of his new car (originally labeled the XC/9003) and had estimated the length to be 116”, just 4” short of the final production size. By February 22nd, a very basic prototype was on the road for its first test run, and by July, Leonard Lord was given a demonstration of XC/9003 and looked over a production wood mock up. He gave the go ahead on the 19th for the car code named ADO15 and early on referred to as the Austin Newmarket. By August, the engine size was fixed at 848ccs, down from the factory current production engine size of 948cc. Among other reasons, with the 948, the Mini was judged, at 90mph, to be too fast for its intended use!

Legend has it that in October of 1957, Issigonis and three others closely involved in the ADO16 project, traveled to the Paris Motor Show. While there, they become interested in the recent launch of the first man made satellite, Sputnik. They wondered whether their car would have the same “around the world impact” and picked up on the Sputnik name. The future Mini became known as the Sputnik to the insiders. The ADO16/Austin Newmarket/Sputnik was well on its way.


By March 1958, five preproduction cars had been assembled using simulated production methods. In May, hydrolastic suspension was ruled out. (It would make its appearance on the larger ADO16 cars before the Mini – MG1100 and Austin America in the U.S.)

Leonard Lord evaluated the Mini’s progress in July 1958 and set the date for the car to be ready for the public: August 1959. The preproduction cars were ready enough to make an extended testing trip to Spain in October.


Production started at Cowley and the first Morris Mini Minor, later to be known as the first one built (621 AOK), came off the production line on the 30th of March. The Longbridge line produced its first two Austin Sevens on the 3rd of April. Production cars were rolling off the assembly line intended for sale in August and the final testing program had not been completed! A major testing trip was taken in June and July covering thousands of miles in all the major European countries, as well as a trip north of the Arctic Circle. Yes, there were early teething problems when cars went on sale, and you can see how difficult it is for those trying to restore early cars to get them right.

The first official, public showing of the Minis was a press get together on the 18th and 19th of August. The “motoring” press was invited to the gathering at the Fighting Vehicle Research and Development Establishment in Chobham to try out the new, and very different cars. Within a week, fancier events at Longbridge and Cowley introduced the Mini to the general press.

The Austin Seven and Morris Mini Minor in Basic and De-Luxe versions went on sale, August 26th. The Basic at 500UKP. The De-Luxe (the most popular) at 537UKP. The Morris was available in Red, White, or Blue. The Austin in Red, Grey or Blue. The De-Luxe versions had such “extras” as carpets instead of rubber mats, a passenger adjustable seat, opening rear side windows, bumper over-riders, full width wheel trims and a heater! Times were different. 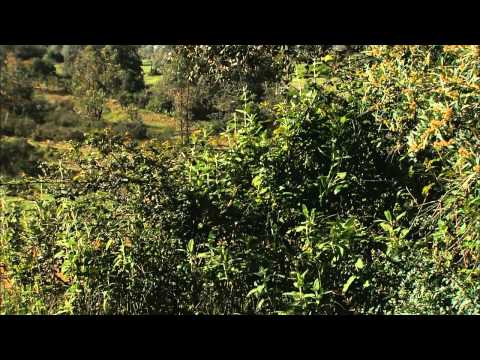