1
Mizore Love Contest Entry
posted by Wolfsenix
Where would I even begin. From the moment I first saw her in the manga, I was immediately intrigued with her. She was unique. A shy, sweet girl that seemed willing to kill to escape the loneliness she was lost in. I too understood that loneliness.
For 4 years of my adolescent life I had no friends. I had driven the original ones away, and as I grew without friends, I became odd, creepy even, and people didn't want to be around me. I became drawn to her more and more as I learned more about her, and eventually, she took a permanent root in my heart.
A person's heart is more beautiful than anything else, and Mizore, to me, has the most beautiful heart of any being I know of. Trapped in a world of solitude and despair, she desperately reached out for love. As she failed, time and time again, the tears her soul cried grew in number, until she was nearly drowned in her sorrow.
I thank Tsukune for saving her the fate of drowning in that salty sea, both literally and figuratively. Thanks to him and the others, she began to feel happiness. Though her soul still cries out for love, it has grown stronger, and more beautiful than ever. A kind heart, still watching from a distance most of the time, but willing to put herself in harms way to protect those she cares for.
I would give anything to be with that most beautiful of girls. I would leave my family, and the friends I now have behind. I would give up the luxuries I have. I would even give up anime, and I love anime more than I love bacon. I know she might never return the sentiment, but to even once look into her eyes, and bask in the misunderstood radiance of that goddess of the snow, would be worth every waking moment I have.
Do I even deserve to be with Mizore? maybe not. I'm far from perfect. I've hurt people in the past, I've lied, I've stolen, and yes, I've succumb to the allure of lust late at night. A few of those times, my thought were even of Mizore. Despite this, another thing that makes mizore so amazing is that she isn't perfect either. She can be cold sometimes(no pun intended), she has her own mistakes which she's made, and she, too, has had less than angelic thoughts
In the end, she is a person. She has her strengths, her flaws, and her dreams. And I wouldn't want her any other way. I love you Shirayuki Mizore, I just wish there was a way you could know that. <3
Ilovemizore12 likes this
fantasymaster44 that was fantastic, and i love her too, and i can also understand her loneliness
ForsakenOutcast good use of words and how u used them but its a fan-fic. a bit hard to get into i almost gave it a 1-5 but the words made it better so....2-5
Wolfsenix I didn't mean for it to sound like a fan-fic, I simply meant to say how I see her, why I love her, and how much I love her. I can understand how the part about how I see her can be interpreted as a fan-fic though.
Greedsinn i feel that exact way. oh if i met a girl like mizore i'd do anything for her. i leave my life behind to be with her. my heart yearns for love like hers does. and i too understand the pains of lonliness im 16 and ive been alone my whole life just now getting friends and my friends are people who dont care about me and insult me constantly. if i could be with someone who would understand me my life would be worth living.
Ilovemizore12 wow that was great *claps*

1
Mizore Shirayuki English CUTENESS OVERLOAD!
added by Depthcharger04
When I first saw this in English dub when she said "hello" i fell totally in love with her more! MIZORE CUTENESS OVERLOAD!
video
mizore
shirayuki
MIZORE LOVE CONTEST!
posted by ForsakenOutcast
This is the 1st Mizore Love Article Contest. I will be the judge but not take part in it. I want to see which Mizore Lover fan can show me how much YOU lover her.

You must move me to show u love her. after I read them all I will announce the winner of the contest.

There is no reward but to the reward is knowing YOU showed your lover for her.

The reason I'm not taking part because its cheating for the judge to take part in this contest. I love her also but I want to see other how much YOU love her.

I lover her with everything I got but I will not take part of this so... 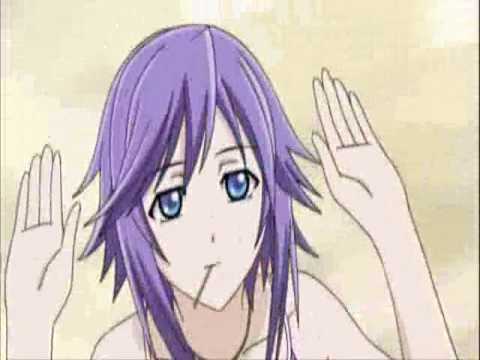 1
in the end...
added by Echo19KidDragon
video
mizore
shirayuki
amv