Princess Celestia's Worst Day Ever
posted by therayalpain79
This is just a sample scene from Breaking the Fourth Wall part 3. I announced being in the middle of posting part 1 of this story, but I figured that I would at least give you something to laugh about for a while.

In the previous scene, Twilight had to fight her way into castle to get to throne room, until Celestia finally confronts her.

Well, if it isn't Princess Twilight Sparkle, my former student and traitor. Why have you come here after practicing dark and dangerous magic? I ought to banish you somewhere! Celestia screamed.

Please!! Twilight begged. I didn't come here for a fight! I came here to apologize to you, but your damn guards wouldn't even let me in, so I made them. Are you happy now!?

Twilight, do you mean to tell me that what you did, was an accident about a year ago, and you are just now coming here to apologize for it? Princess Celestia asked, a but confused.

Princess Luna warned me not to come and speak to you about it, so blame her not me! Twilight yelled.

Then why did the guards try to stop you? I didn't order them to, this place has always been open to you Twilight. I just thought that you were coming here to challenge me since I saw you attacking them. Celestia said.

No, I walked right up to them like I always have, but this time they tried to stop me. When I ordered them to let me pass, they said that they were ordered no to recognize my authority. So, what the hell is going on around here? Twilight asked angrily. Oh and my friend Fluttershy is missing, and we can't find her anywhere. I figured I'd tell you why I came, before I forgot.

Strange my guards are carrying out orders that I didn't give and your friend is missing. Clearly there is something going on around here that I am unaware of. Hold on just a sec. Twilight. You there, guard step forward!

Yes your highness, he said.

Who gave the order to not allow Princess Twilight into the castle? She asked, as the guard began to sweat profusely.

It was Princess Luna, your highness. We were sworn to secrecy, but I cannot directly disobey you, personally. The guard said.

Good stallion, you are dismissed. Celestia said. Well Twilight. that answers a lot of questions, now about you. What the hell has been going on in Ponyville this whole time? Besides murders, cannibalism, and explicit sex rings!? I swear this whole kingdom is going straight to hell and I have absolutely no control over it anymore! Princess Celestia said in complete confusion.

Well fuck. I guess you have to know everything in order to help me. Twilight said.

So about two and a half hours of detailed explanations later. Twilight filled Princess Celestia in on everything that she knew about what was going on in Ponyville. After about a half a bottle of whiskey later, Princess Celestia finally calmed down enough to speak again.

Well Twilight it looks like I'm going to have to deal with this personally. Besides I have never heard of anything as fucked up as that ever happening before. Excuse me, she said as she takes a few more swigs of whiskey before speaking again, but by this time her right eye is starting to twitch, due to the stress. I'm sorry for what you are about to see me do next Twilight, so just stay right there, I'll be right back.

Celestia finished off the bottle of whiskey and shattered it on the floor as she walked towards the stairs, before screaming at the top of her lungs. Luna get you ass down here now!!!!

A few seconds later Princess Luna came down the stairs and was now standing in front of Celestia. She looked up to face her sister, not knowing what to expect, as Celestia was now glaring at her with one eye twitching uncontrollably before she said.

What in the fuck is going on around here sister!? After what Twilight just told me, I wound up chugging down an entire bottle of whiskey, and you know that I don't even fucking drink! You better tell me everything you know, or so help me I will find a way to send your ass back to the fucking moon Permanently! Princess Celestia shouted.

Oh, what ever do you mean dear sister. I haven't done anything wrong, I swear. How could you believe such accusations about me? Princess Luna said, trying to sound innocent.

Will you just tell me the fucking truth, and stop trying to weasel your way out of it! Princess Celestia screamed, as her face was now bright red with anger and her eyes were completely bloodshot and the right one was twitching so badly that it was more shut then open.

About another two and a half hours of detailed explanations later Princess Celestia in now holding a jug of the strongest moonshine that anypony could find in all of Equestria and is drinking it down like water, but it's still having no effect on calming her nerves.

You know what would be completely awesome? Princess Celestia, asked, before she started laughing uncontrollably from being a, little way, too drunk. I should just take the sun and crash it straight into our fucking planet and then I wouldn't have to worry about you stupid fucking ponies ever again for all eternity, and as you sister. I ought to cram the moon straight up you fucking ass!! So, before you say the obvious. Oh, trust me I'll make it fit!! She yelled as she walked around staggering and stumbling, before she finally passed out cold from over drinking. She just laid there on the floor for a few minutes, before she started vomiting profusely and pissing at the same time.

Luna and Twilight both stood there in complete disgust.

Princess Luna then teleports a video camera for out of nowhere and begins laughing while filming her sister's drunken state.

Then Twilight destroyed the camera with a spell and yelled at Luna. Don't you think you have caused enough grief already!? Without completely ruining you sister's reputation!

What do you think happens next? Twilight just found out that Princess Luna was behind everything that has been going on, and Princess Celestia isn't awake to stop a fight if one broke out.. Hint. Hint. 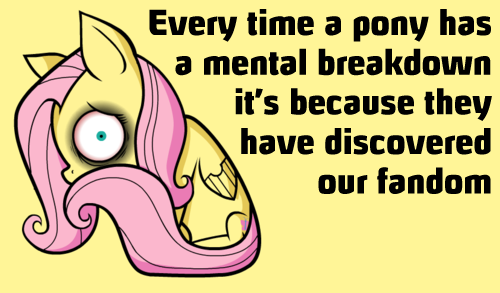 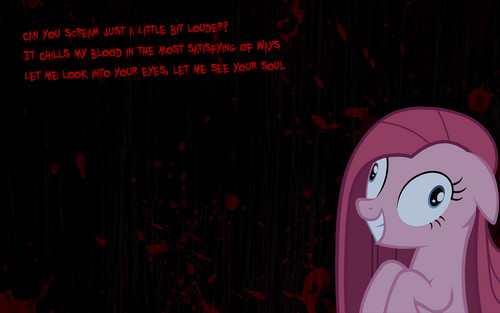 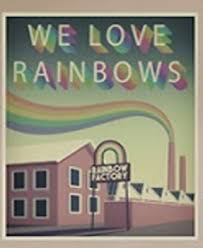 WE LOVE RAINBOWS
added by IrisTheHedgehog 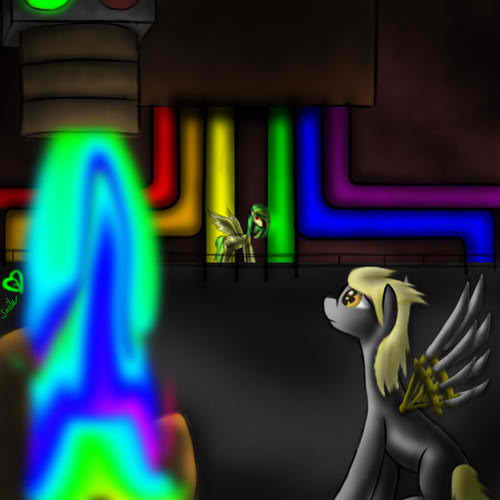 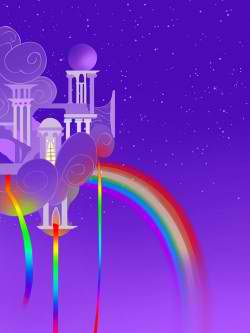 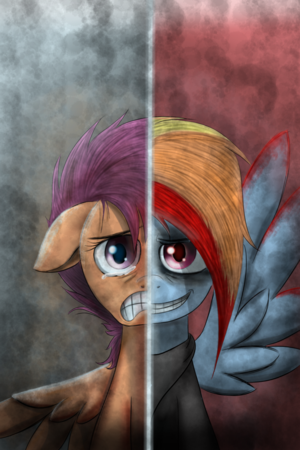 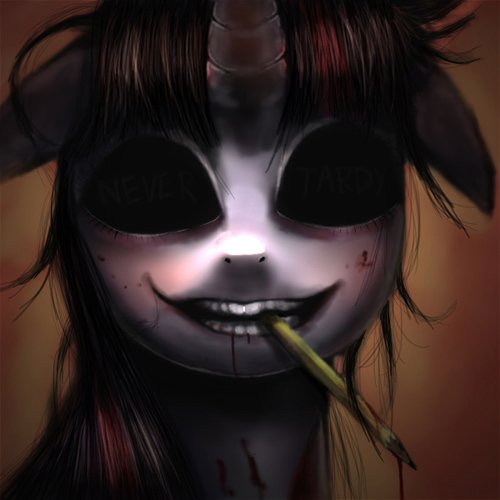 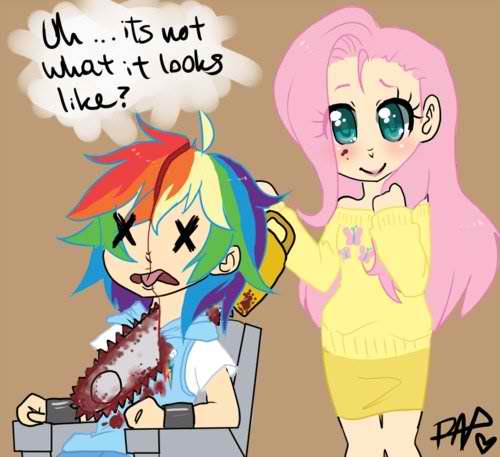 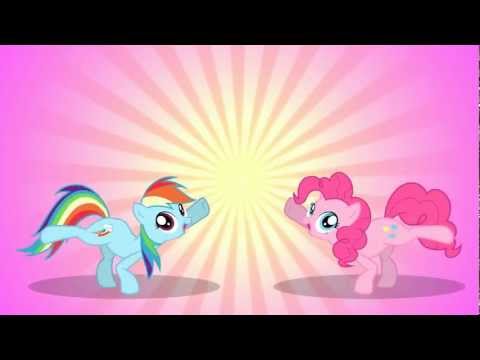 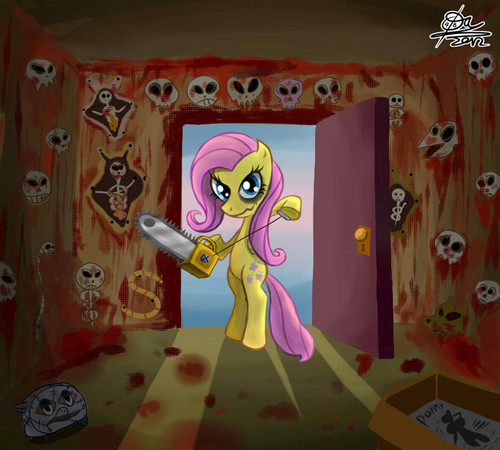 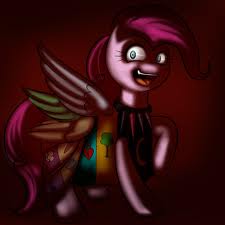 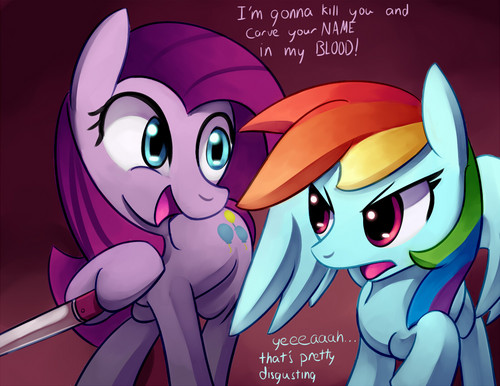 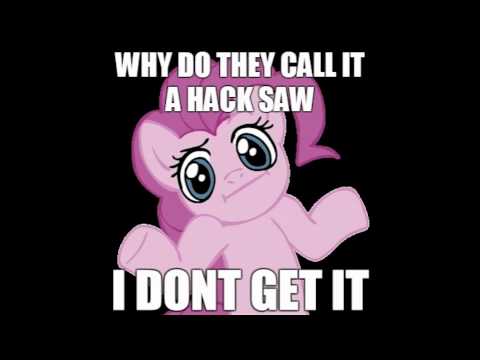 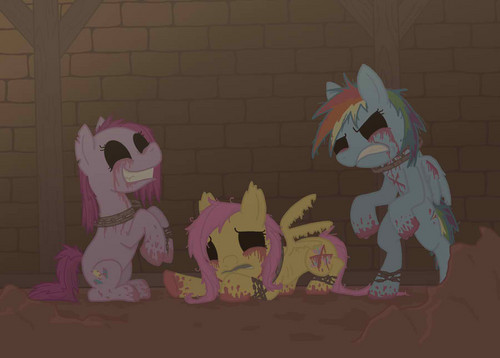 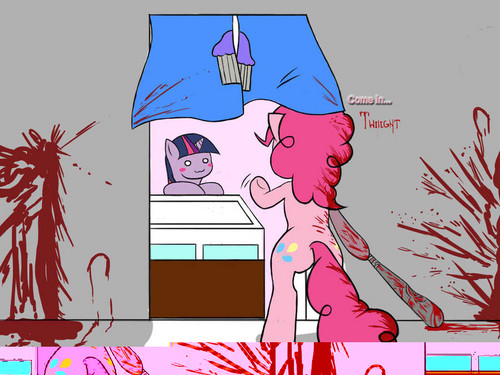 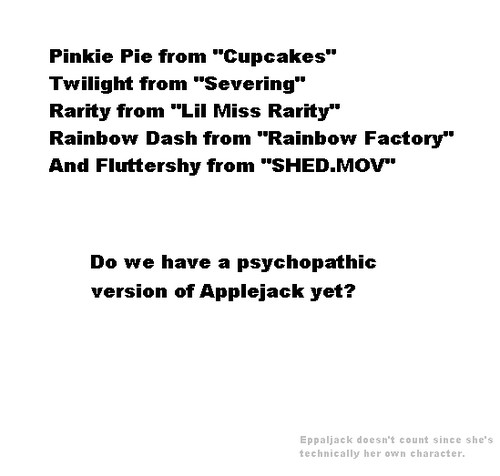 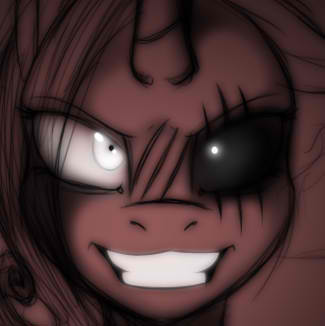