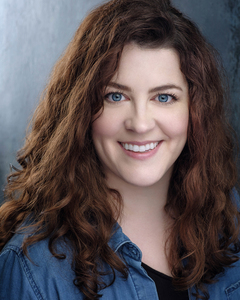 Gigi Burgdorf
Have you ever heard the saying: hindsight is 2020? Basically, it means that it’s easy for someone to be knowledgeable about something after it has happened. This idea has been explored for years in movies and now filmmaker Gigi Burgdorf brings it to the virtual world in her new short film, “Same Time Next Week.”

The premise centers around a group of coworkers in need of a miracle to save their jobs. Desperate to land their latest account, the team conducts a series of brainstorming virtual meetings. During one session, a coworker discovers a software setting that allows him to travel in time and save them all from getting the axe.

Gigi created the film during the pandemic lockdown, using virtual technology and six actors all at different locations. Since releasing, the film has resonated with global festival audiences winning Best Sci-Fi Short Film at London’s Screen Power FF, Award of Merit for Short Film and for Women Filmmakers at the IndieFEST Film Awards; along with nominations for Best Web and New Media at IndieX FF, Best Lockdown Film at Lonely Wolf London Int’l FF and Best Comedy Short at New Renaissance FF.

Gigi Burgdorf recently answered some questions about “Same Time Next Week” and more.

Tell us about “Same Time Next Week.”

GIGI: “Same Time Next Week” is a bit of comedy sci-fi fun, created during lockdown and filmed over video conferencing software in the space of 48 hours. Although the film is very much a product of the pandemic, it’s not actually about the pandemic, though it’s set in the world of virtual meetings which we’re all so familiar with these days. I hope it’s not too much of a spoiler to say that the story involves time travel!

Who do you portray in the film?

GIGI: I play Olivia, who manages a team and is being pressured by head office to reduce the headcount. She sees a possible way to save her team - and her own job - if they win an important pitch. So the stakes are high and she needs to get the best out of the people she manages.

Where did you come up with the idea for the film?

GIGI: It was really a case of necessity being the mother of invention. I had signed up for a 48-hour film challenge, where you’re given a genre, a character name, a line of dialogue and a prop, and you have 48 hours to craft a film around those. Then the pandemic hit and everyone was in lockdown, so I knew whatever I made would have to be a single character film or be filmed over video conferencing software. When I was assigned the genre of time travel, I said to my partner, “How can I possibly make a time travel movie over Zoom?” Almost immediately he came up with the main plot points of the story, and I set about writing the script. If it hadn’t been for the restrictions of the pandemic I don’t think we would have come up with this particular idea.

If you could go land in the future or the past virtually, when would you choose and why?

GIGI: I would definitely go back to the past. I’d love to visit Georgian London, as I’m obsessed with Georgette Heyer novels and the recent TV series “Harlots”. I’d go back to that era, get some amazing dresses made, take a carriage ride around Hyde Park and go to a ball, but then I’d head back to the present day for modern sewage systems and women having the right to manage their own lives. I hope the gowns would survive the journey back!

GIGI: I learned that having a lot of restrictions can actually help free up creativity. I’m normally a bit of a perfectionist, and I think that’s stopped me from actually making films in the past, as I was caught up in worrying about having the best equipment, the best locations or the perfect script or whatever. The shutdown and all the restrictions of the pandemic forced me to think much smaller and just do what I could with what was available. And it turned out to be a really great experience.

And, do you plan to keep making your own projects?

GIGI: Definitely. I’d like to try making something on a slightly larger scale, filmed in a more traditional way, so I’m in the process of putting together a team for that. Writing the script for “Same Time Next Week” helped me realize that I’m more comfortable writing dialogue than coming up with the overall story arc, so I’m working with another writer to develop a couple of ideas. The positive reception I’ve had for my first project has really spurred me on to make more.

GIGI: I’m a big fan of Frances McDormand, because she moves so easily from comedy to drama and stage to screen. I love performances where the actor transforms into the role and leaves their own mannerisms and personality behind. I also really enjoy watching Florence Pugh for that reason. Her character in “Fighting with My Family” was so different to her roles in “Midsommar” or “Lady Macbeth”, and I love actors who’ve got that chameleon ability.

GIGI: Pretty much any period drama role where I could swan around a castle in an enormous gown. I especially love Gwyneth Paltrow’s role in “Shakespeare in Love”, not just because of the clothes, but also because she essentially plays two roles and gets to do some Shakespeare as well. And she shares a screen with so many of my heroes like Judi Dench, Simon Callow, Anthony Sher and Imelda Staunton. That seems like a dream role.

GIGI: The first series I really got into was "Alien Nation", about a human cop and his alien partner in a future time when aliens and humans are sharing the planet. The aliens were allergic to saltwater and got drunk on sour milk, which I found hilarious. But re-watching it as an adult, there are a lot of serious messages about tolerance and the dangers of racism, so the story worked on several different levels. To this day, I can still sing bits of the theme song in Tenctonese, the alien language invented for the show. What a geek!

GIGI: I come from a family of lawyers, and many people are surprised to hear that my dad wrote the Americans with Disabilities Act. We got to join him at the White House to see it get signed into law. That was a pretty inspiring thing to experience as a kid - to see how your actions can literally help make the world a better and fairer place. 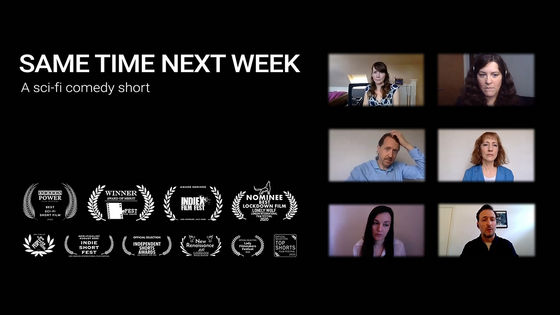 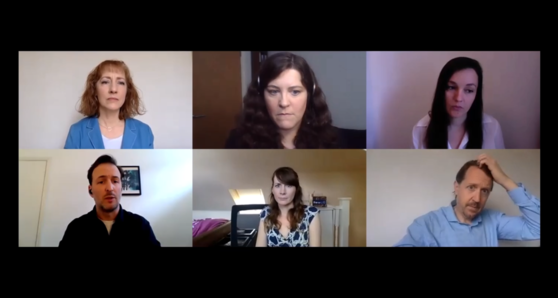 "Same Time Next Week" a film by Gigi Burgdorf 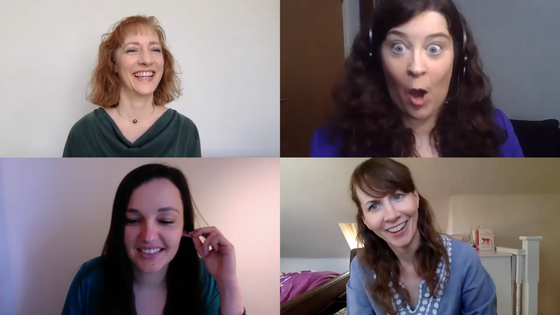 Behind the scenes of "Same Time Next Year" by Gigi Burgdorf 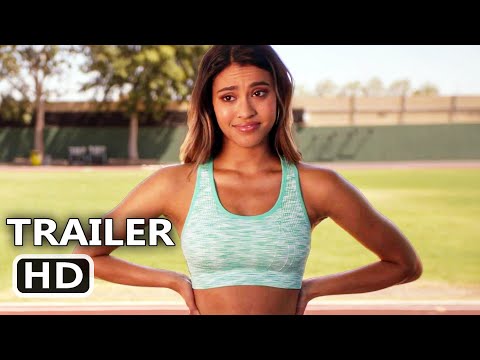 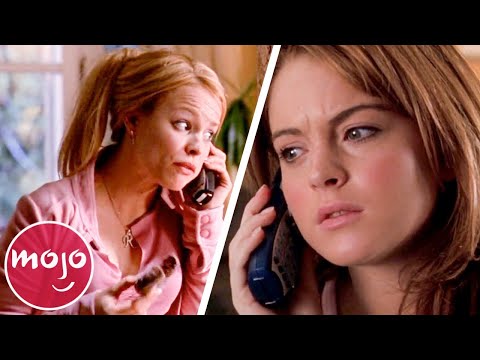 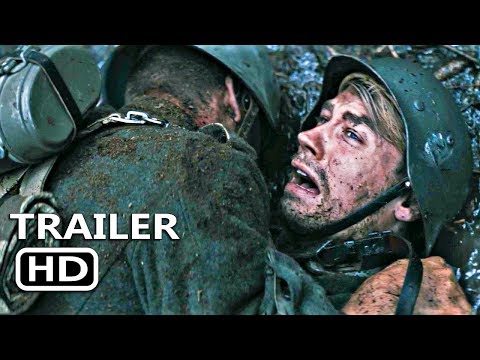 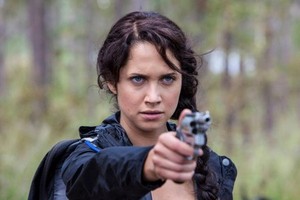 Titanic collage tribute
added by Persephone713
Source: me and picmonkey 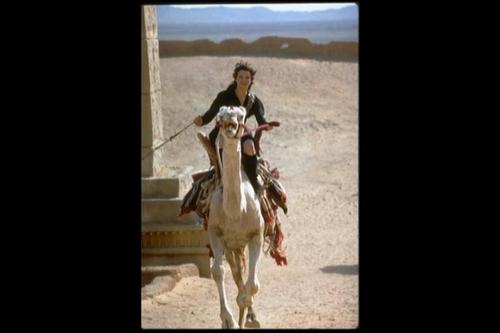 The Mummy
added by peteandco 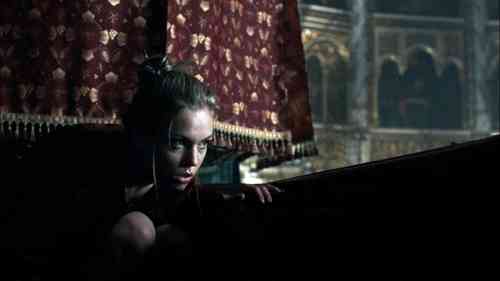 1
blood and chocolate
added by shannon9396 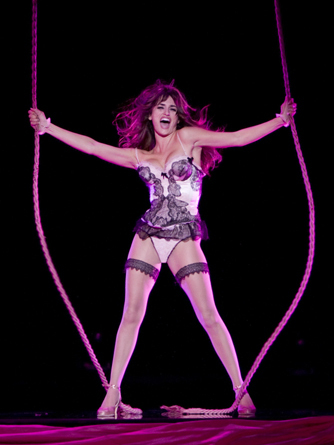 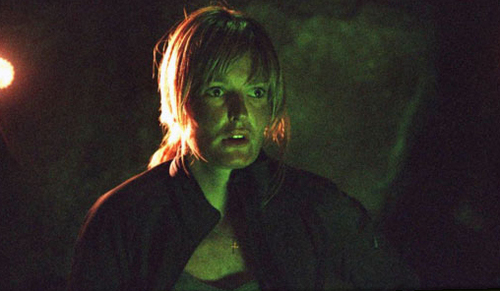 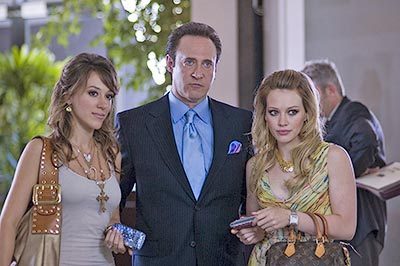 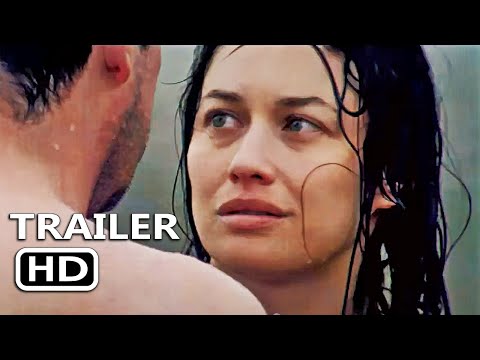 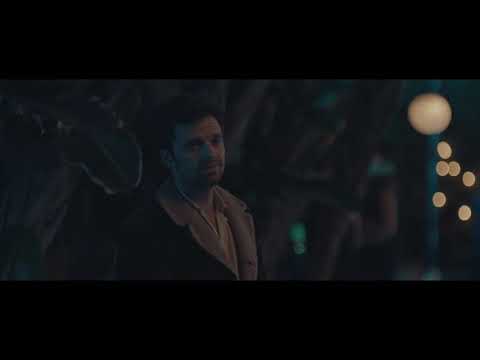