6
Bio of the Band Mudvayne
posted by ilovekud
Mudvayne rose to fame in 2000 with their debut album L.D.50, which peaked at number 85 on the Billboard 200, and has since been certified gold by the RIAA. The lead single from the album, "Dig", won the MTV2 Award at the MTV Video Music Awards in 2001. This was also the first time the award was ever presented to a metal band. In 2006 Mudvayne was nominated for Best Metal Performance at the Grammy Awards for the single "Determined" from the band's 2005 studio album Lost and Found. Mudvayne has five gold certifications by the RIAA, and has sold nearly three million albums in the United States.
Formation (1996-2000)
Mudvayne initially formed in 1996 as a rap-metal group with Chad Gray, Greg Tribbet, Matthew McDonough, and Shawn Barclay. Eventually, they adopted more melodic lines and released their demo, Kill, I Oughta. In 1998, then bassist Shawn Barclay was replaced by current bassist Ryan Martinie
Critical Turning Point (1998)
A critical turning point for the band occurred in April of 1998 when local promoter Steve Soderstrom hosted Soda Pop Production's "Original Hard Rock Music Showcase" at the now defunct Hub Ballroom in Edelstein, Illinois. Mudvayne along with fifty seven other Peoria bands answered the radio ad and was one of the twelve bands chosen to perform live on two stages. Soda Pop Productions followed the show up with "Shredfest" on the Peoria riverfront stage which Mudvayne also played. Steve Soderstrom contacted longtime friend and renown band manager Chuck Toler in Madison, Wisconsin who came down to a third show at the American Legion Hall in Washington, Illinois to see the band perform live. As a result Chuck Toler began managing the band and secured a recording contract with Epic Records.
L.D. 50 and The Beginning of All Things to End (2000–2001)
The band first hit the mainstream in 2000, when they were featured on the second stage of the Tattoo the Earth Art and Music Festival Tour. They scored their first hit single with the song "Dig" from their debut album L.D. 50. For this song, the band won the first ever MTV2 Award at the MTV Video Music Awards in 2001. The popularity of the song paved the way for the highly successful album (certified gold, sold over 500,000 as of 2001) and was followed by singles "Death Blooms" and "Nothing to Gein".

In 2001, they released an extended version of the Kill, I Oughtta EP titled as The Beginning of All Things to End and continued their frequent touring.


The End of All Things to Come (2002–2003)
During the L.D. 50 era, the band was famous for wearing extravagant make-up, seen in both their music videos and live concerts, and using unusual stage names such as Kud, Gurrg, RyKnow, and sPaG. With their second album, 2002's The End of All Things to Come, the band changed make-up styles from multicolored face paint to dressing up as aliens and changing the stage names, now they were Chüd, Güüg, Rüd, and Spüg. Mudvayne's reason for wearing such extravagant make-up was, according to the band, to add a visual aspect to their music and to set them apart from other run-of-the-mill metal bands. Mudvayne participated in the Summer Sanitarium Tour 2003, headlined by Metallica, and with the release of the 2003 single "World So Cold", Mudvayne abandoned their use of make-up entirely.. The only video that shows them as aliens is the first version of "Not Falling".


Lost and Found (2005–2006)
festival 2006
In 2005, their third album Lost and Found was released with the band members' real names and without any gimmicks. However, the band has said that future use of make-up is not out of the question.

In mid-2005, Mudvayne played on the
Mudvayne's 2005 singles have helped to increase their popularity further. "Determined" was included on the Need for Speed: Underground 2 soundtrack." Happy?" was featured as the theme music of the WWE Vengeance pay-per-view for World Wrestling Entertainment in June 2005, it was also featured in MX vs. ATV: Untamed; the band was featured in an episode of The Sopranos. Their single "Forget to Remember" was featured in the film Saw II. This was the second Mudvayne song to be featured in a movie, after "Not Falling", the band's first single off The End of All Things to Come, in the 2002 film Ghost Ship. Mudvayne have also contributed to the Masters Of Horror series soundtrack with a song called "Small Silhouette".. About 2 million copies of the album were sold worldwide.

By the People, for the People is the second compilation album, and fifth album release by Mudvayne. It was released on November 27, 2007 by Epic Records. The album features a track listing chosen entirely by the band's fans, with the band determining which version appears on the record (e.g. live, demo, acoustic), as well as two new songs, "Dull Boy" and a cover of The Police's song "King of Pain" (both produced by Dave Fortman). Initially, if the album was pre-ordered through the Sony Music Store, it was packaged with a free lithograph of the lyrics to "Dull Boy", signed and numbered by Mudvayne vocalist Chad Gray. After the disc was released the lithograph was shipped approximately three weeks later and was neither signed nor numbered.

By the People, for the People is presented in a format where each song is introduced through a short interlude generally no longer than 30 seconds long, where Chad Gray debriefs the listener on surrounding facts such as where the song was recorded or performed live, or distinguishing a demo from an album version (obviously limited to in the case of demos).
The album debuted at number 51 on the U.S. Billboard 200 chart, selling about 22,000 copies in its first week.

After the return of vocalist Chad Gray and guitarist Greg Tribbett from their touring commitments with side project Hellyeah, Mudvayne has begun the recording process for The New Game


The New Game and the fifth full-length album(2008-2009)
The fourth studio album by Mudvayne was originally put on hold in the summer of 2007, due to vocalist Chad Gray and guitarist Greg Tribbett touring with Hellyeah. Following the tour, Mudvayne reunited and began recording the album with producer Dave Fortman, who also produced their previous effort, Lost and Found. The band has completed tracking drums and guitars and is preparing to record bass and vocals, with the mastering stages scheduled for completion by October 1, 2008.title = Exclusive: Mudvayne To Drop Two New Albums in Next Year Fortman reported to MTV that the album is tentatively titled The New Game, and will be followed six months later by a second full-length record. He also attested that while the album should please listeners, it will also incorporate a distinct rock and roll sound unheard on previous Mudvayne records. "It's heavy and has great hooks," said Fortman, "but it also has some moments that are a little more rock n' roll that are really cool. It's not anything drastic, but every now and then you'll catch a little hint of old-school rock. Also, the tones are a little more earthy sounding and a little warmer than Lost and Found."

MUDVAYNE plans on releasing another full-length collection of new material next summer. The band is said to have most of the music for the second album written, but still needs vocal melodies on four songs. "We may go for even more of a metal approach on some of the songs to break it up a little bit," Fortman told Headbanger's Blog. "But who knows what they’ll come up with."
PrinceZuko56462, Cougariffic and 4 others like this

1
Mudvayne - Nothing To Gein
added by sapherequeen
Mudvayne's "Nothing To Gein" :)
video
mudvayne
chad gray
music
song
songs
nothing to gein 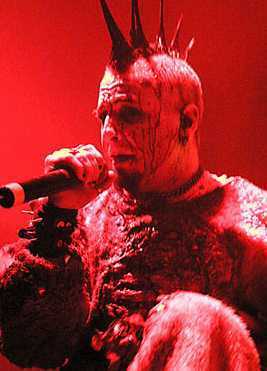 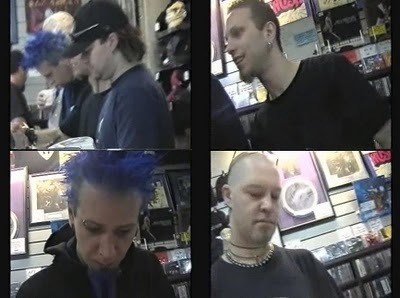 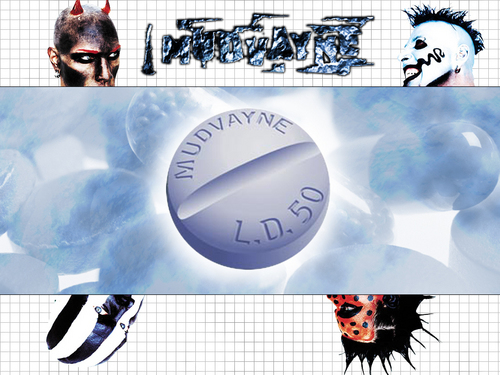 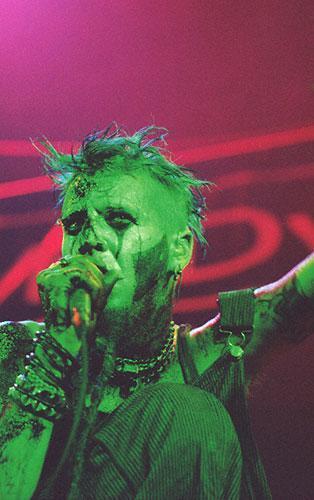 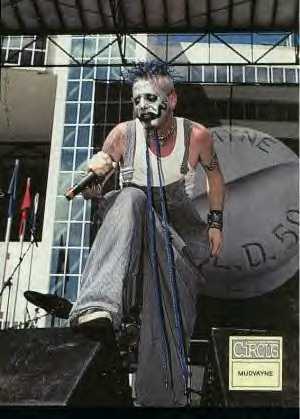 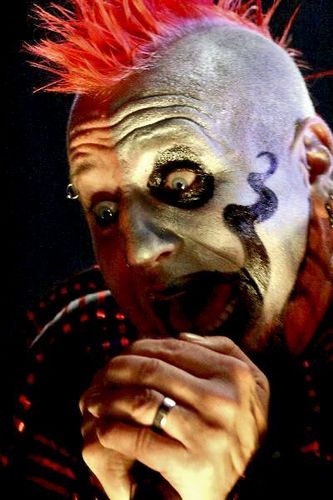 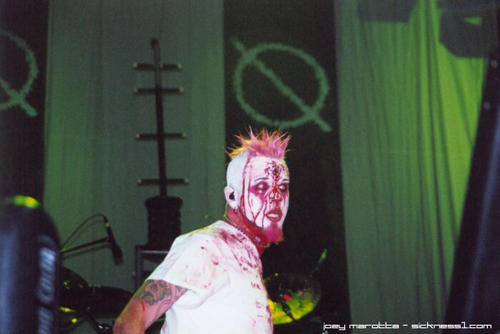 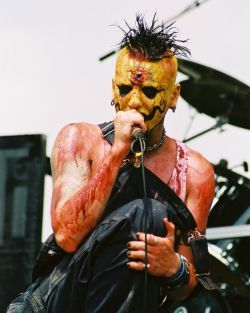 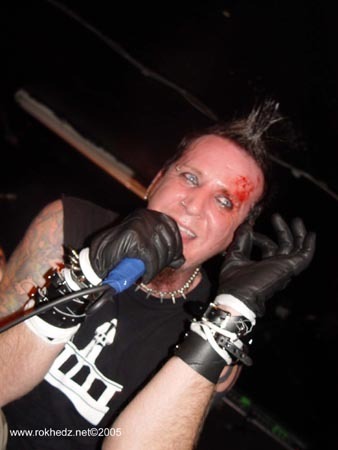 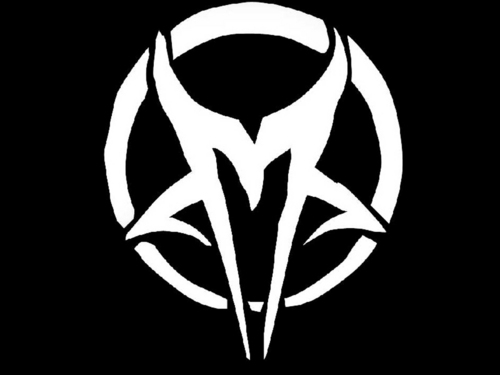 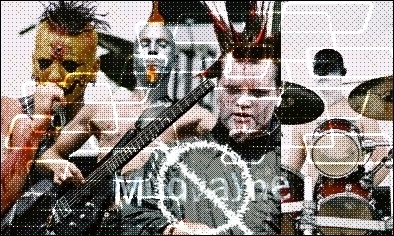 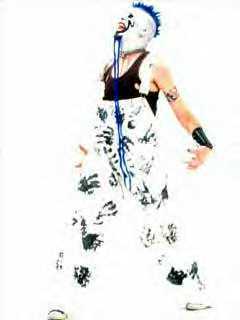 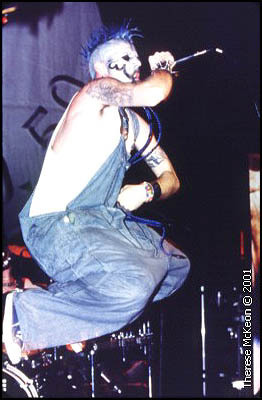 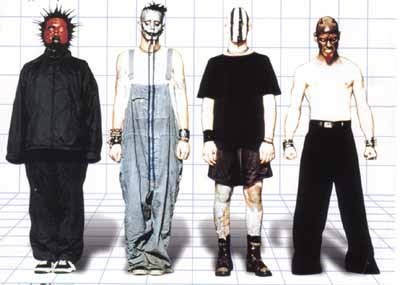 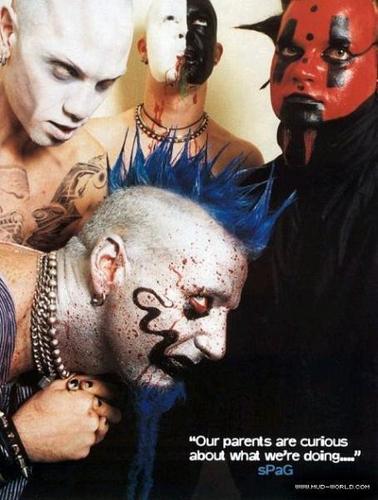 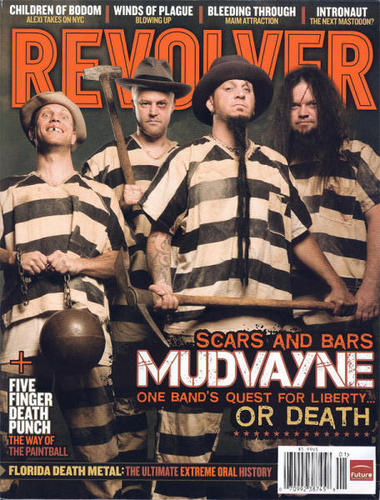