1
My Top 5 Bands (Plus An Honrable Mention) And Why I Like Them
posted by zanhar1
You all are probably tired of hearing about my top 5 as no one really seems to know them, but I wanted to explain why I liked them all.

Fair warning the explanation for Within Temptation is pretty much an article on it's own, which I did post on the band's spot.

Anyhow, let's just get into the actual article.

For those of you who don't know Anna Murphy was a former member of folk metal band Eluveitie. She just recently went solo and released an album called Cellar Darling. Naturally I got into her when I discovered Eluveitie. I loved her voice so I was so excited to see what she'd do with a solo career.

To start, I really love her voice. She has such a unique accent and it really adds to her songs. From her time in Eluveitie to her new solo stuff she's has a stunning voice.

I also really love her songs in general. 'Harley Quinn' is my favorite. I know its (obviously) about Batman's Harley Quinn but the lyrics also remind me of Bellatrix, so naturally I was drawn to the song. I love how she actually used one of the Joker's quotes within the song.

In general the lyrics to her songs are super cool. 'Soundwaves' is a great example of such. The songs aren't trashy and have a really artistic feel. That song in particular has a unique story to it (this is just my interpretation of it); it's about how if she were to leave Earth the only thing she'd miss is music. 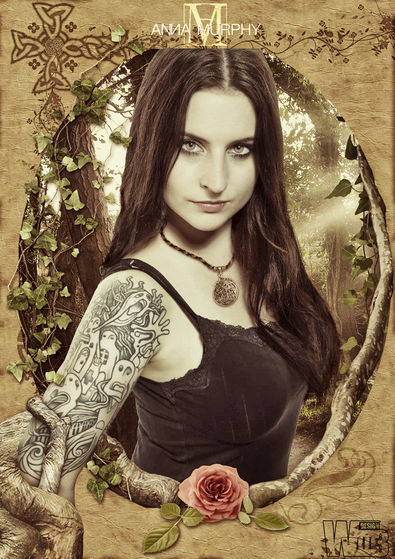 I first got into the band because it was in the related videos section on YouTube. The song name 'Andromeda' had caught my attention due to my obsession with Bellatrix and how Andromeda is her sister's name. And the music video for 'Dance With Me' caught my eye as well.

Omega Lithium doesn't have very many music videos, but the few that they do have are really visually pleasing. I love the makeup in 'Dance With Me', very eye catching.

I also like how the songs are both intense and dancy at the same time. Like it's got all of these crazy metal instruments but a good number of the songs are actually pretty up beat. 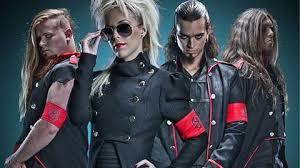 Much like Omega Lithium, Kontrust has that up-beat metal sound. You can dance to it like pop but it's clearly metal.

Though what I probably adore most is that they actually add yodeling to some of their songs and it's still super kickarse! They have this very odd 'stereotypical lederhosen wearing German' theme going on. It's really interesting.

Also the lead vocalist Agata is super cool. I don't really know quite how to describe what I like about her, there's just something. 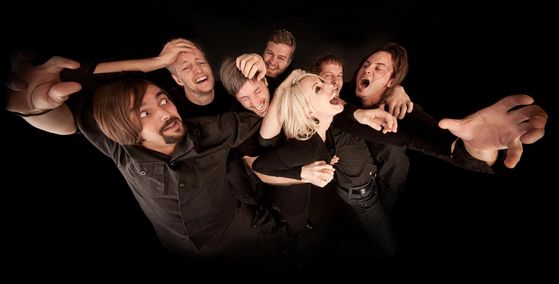 Ah yes Emma Hewitt. Not gonna lie, at first, the only reason I liked her is because she's my 'dream actress'--the one I'd love to play the villain in a story I'm writing. Naturally though, I ended up falling in love with her music. And I was so thrilled to see that she was actually this rock band with her bother (Anthony Hewitt) called 'Missing Hour'.

While she was an great Rock artist I'm so glad she went over to vocal trance, it really suits her voice--which by the way is Heavenly. She just has such a sweet soothing voice.

Emma herself just seems like such a sweet woman. There are just so many images of her being so cute and funny. She really seems to enjoy her fans and likes making songs that people can relate to.

Speaking of songs; I certainly love those. She doesn't just sing about love and break ups. She sings about being yourself and not letting your mistakes hold you back. 'Calm Down' is a good song for that. 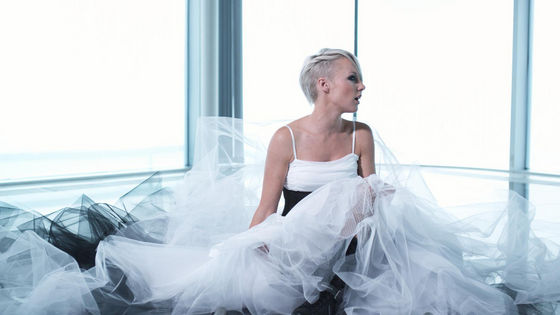 Again, being honest, the reason I got so into Delain was because she sang a song that really suited a character I like. As you can tell a re-occurring theme here is characters triggering my love for bands.

That in mind one thing I really love about Delain is that the group was started by a former Within Temptation member! These guys (and gal) are really close to Within Temptation, so that right there is a sign that I'd love them.

Besides that, lead singer Charlotte Wessles also seems like such a lovely person. She's really close with her fans, and from what I heard really likes talking to them and meeting them.

Another re-occurring theme here is the lyrics. I love lyrics that are about standing above weaknesses/mistakes/bullies/etc. Charlotte wrote a song about a young girl who was beaten to death for the way she dressed. Said girl was a real person (not just a fictional one) and her story was true. The song was written in her memory. What can I say, I'm a sucker for bands writing songs in a person's memory, I think it's really sweet. 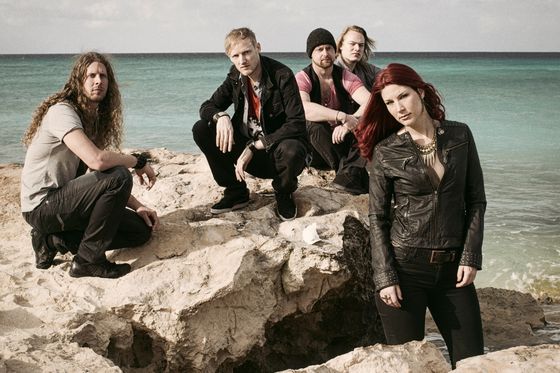 With the lyrics brings in another topic; Within Temptation doesn't need 'shock value' lyrics to get an audience. Don't get me wrong, I do love myself an explicit song (in lyric and/or theme) or two but I have a really high degree of respect for bands who don't use it. In like 2007 when I was only maybe 11 or 12 years old I really appreciated having a band that I sing along to in front of my parents and that I could play in school without getting a hard time for it. Sharon, Robert, and the others don't need a boat-load of cussing to tell a story. In Frozen and Jane Doe, they didn't need a mess of f-bombs to portray anger. And I think that's super awesome.

Which leads me to the music videos. As seen above, pop culture today is huge on shock value and acting trashy to get views. *CoughNickiMinaj&RobinThickeCough*. Within Temptation doesn't need that crap. Their videos are all so beautiful. They're artistic and just as magical as the lyrics. Even the low-budget videos from their first few years like Ice Queen were visually stunning and cool to watch. I really love the Mother Earth music video and the one for The Howling was badarse. Let's not forget the latest (as of June 9th 2014) video--And We Run. That one was just so well put together, from the scenery to the costuming.

Speaking of costuming, that's another really amazing aspect of Within Temptation. New or old, Sharon always has these amazing outfits. I loved the dress she wore on the cover or the Mother Earth album and the one she wore whilst singing Jillian at the Black Symphony concert. And I totally won't leave out all her newer kick-butt leather outfits. ;) And if I've got my facts right, Sharon designed them all herself.

And of course I love the members themselves. All of them, band-mates and the tech-crew. They are so cute and funny. If you haven't seen the Hydra Tour Diary I would totally recommend it. Sharon in a wig store was a fun watch. She also accidentally spoke in German at a French concert, super cute, super funny. Don't get me started on Robert and his thing for talking about butts. :3 And then there was that time when they celebrated their tech-man's birthday; they made him a plate of birthday hamburgers and sang him happy birthday. Oh, and I can't not mentioned that the men had tried on Sharon's dresses. The whole group is a lot of fun.

Last but not least I love how they interact with their fans. They all seem to just appreciate their fans so much. There are singers like Justin Bieber--who spit on their fans and show up hours late to their concerts--and there are bands/singers like Within Temptation who try to talk to fans outside the concert and Sharon who will (if she notices someone in the crowd who is really into it) invite fans on stage and let them sing with her. I remember watching a video in which Sharon says something like "if I see someone in the crowd singing along and having fun I try to hand them the mic and say 'this is your time to shine'." The band even had a Facebook contest in which some fans were able to get featured on the cover of Unforgiving. And the Hydra tour contest in which the fans can send in clips of them talking about their expirance at the Hydra tours. And of course at the end of the Tour Diary Sharon is always thanking her fans for attending and/or saying 'if you couldn't be here this time we hope to see you next time.' Anytime as singer interacts with their fans is a good thing.

Overall I think it's safe to say I just love everything about these guys. 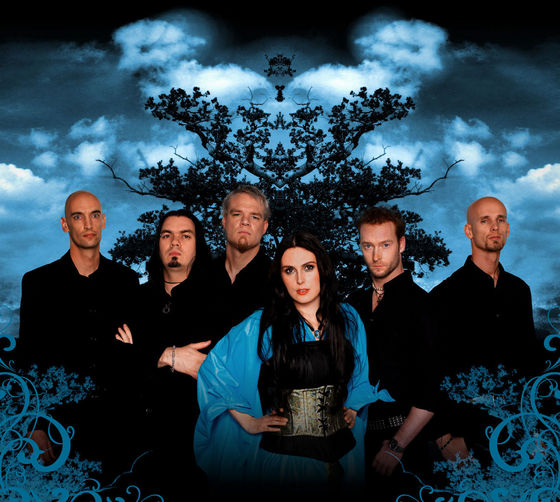 MalloMar likes this
MalloMar I'm definitely going to check these artists out! Thanks for the information. They not only sound talented but truly good people.
zanhar1 Awesome :P they can use more fans. No problem, thanks for reading. I haven't met them personally however based on interviews and concerts I've seen on YouTube they seem like such sweet people. 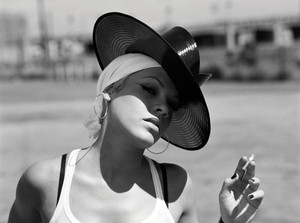 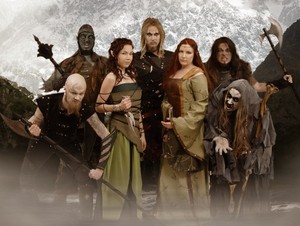 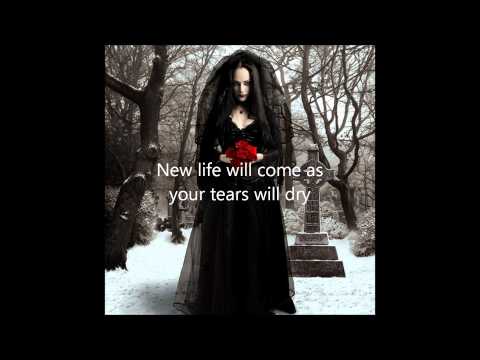 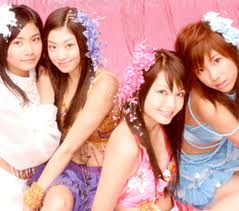 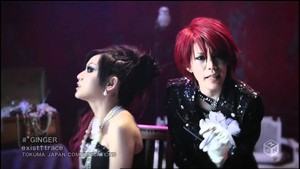 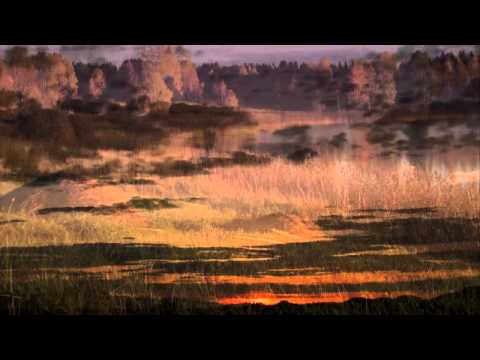 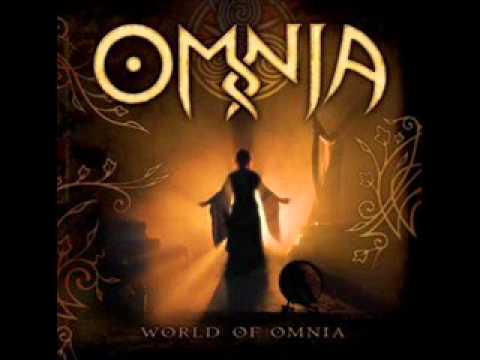 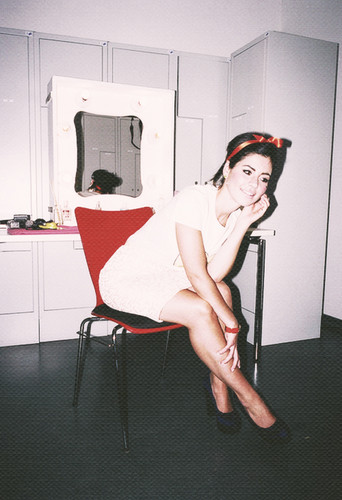 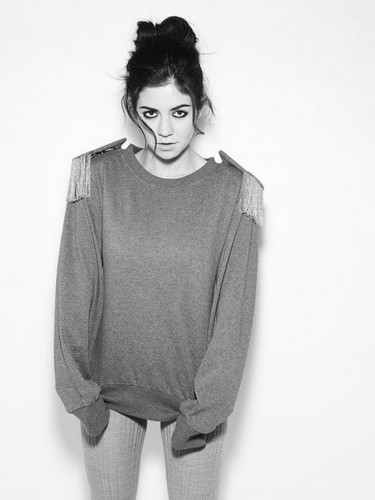 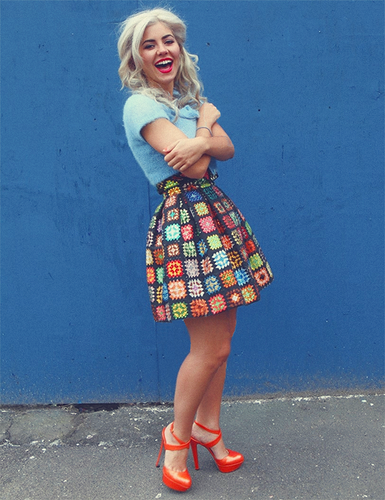