10
Why My Chemical Romance is Not a Suicide Cult
posted by GemonkDruid
So yeah... this is kind of like my Green Day article, except my writing has gotten quite shitty since then, so don't blame me if this sounds terrible (even though it is my fault. Shut up, brain). I also may have gotten a few facts wrong, so please correct me if I did. This Article is split into 4 parts, so yeah, enjoy!

When you hear the words My Chemical Romance, what do you think of? Maybe you think of 4 guys who’ve been there for each other for over a decade. Maybe you think of them as heroes and saviours of lives, like I do. But most people choose to stereotype and think of them as cult leaders, encouraging self-harm, depression, and death, and unfortunately, that consists of several of their excuses as to why they dislike the band. What they don’t know is that that’s not what MCR is all about.

Paint it Black and Take it Back- Appearance Ain't Everything

While those who say that My Chemical Romance is all emo and suicide-y don’t know what the hell they’re talking about, they do have some reason to assume so. Coz let’s face it; the band certainly doesn’t look approachable, or safe, basically totally not warm and fuzzy. People just are afraid of too much black, too much death and sadness. Which in my opinion is just bullshit.

So what if they write songs about not being okay and cemeteries, or about cancer or wars? Does it make their music any less appropriate than catching a grenade for a girl (a la Bruno Mars)? Does mourning your late grandmother make you a worse musician than going on about a ‘baby’ so many times you sound practically pedophilic (I suppose you all know which song this is)?

In my opinion, the fact that My Chemical Romance explore such iffy topics like death, danger, war, and sadness, instead of just going and writing a song about partying, is incredibly bold. Outsiders who don’t know the band well may not think much of it, but seriously, what does an average person experience in their lifetime? More heartbreak, pain, and sorrow, or more partying, games, drinking? I’m betting on the first option.

The difference between those who scorn MCR’s songs and those who love them is that the scorner denies that pain, while the fans instantly click with the songs and sing along with Gerard Way, pouring their heart out while enjoying the music all the same. Now, there’s nothing wrong with wanting to get away from pain and death; however, you can’t run away from your demons forever, and in my opinion, it’s better to face them sooner, get over it, win and get ready for the next round. And be happy that you can sing along to I’m Not Okay while doing so.

But back to their appearance. If you feel apprehensive about how they look, don’t worry. Underneath the make-up and show costumes are a bunch of normal, nice guys.

Now, I’m sure that you’re all familiar with the ‘Daily Mail’ incident back in 2008. For those of you who aren’t, in the spring of 2008, the British tabloid published an article about the suicide of a teenage girl called Hannah. She had hanged herself because she was apparently involved with a ‘self harming emo cult’. Even though My Chemical Romance was not related to the suicide, according to the coroner, the newspaper directly linked the band and their album “The Black Parade” to the suicide.

Now, that doesn’t sound like the MCR we all know and love.

Because the truth is, it wasn’t their fault. It was an emo cult, not a My Chemical Romance cult, not a Black Parade cult. MCR’s music isn’t even classified as emo, so why should the band members be punished for a newspaper muck-up?

Oh, right. ‘Cause people judge them unfairly and don’t try to know the real story. And these people apparently include the Daily Mail.

Killjoys: MCR in a new light

Sick of tired of all the accusations and controversy about them being emo, My Chemical Romance decided to go for a new style. Colourful hair and clothing, slightly more cheerful and hopeful songs with less dramatic instrumental. Deciding to have fun with it. But of course, still producing awesome music for the fans.

And while I am happy for MCR, and grateful for new songs to sing along to, I can’t help but feel a little... pissed-off at haters. Not to sound like a close-minded bitch or something, but seriously, why can’t everyone just leave the guys alone and let them be themselves? This question also applies to old fans who now hate the new MCR. They can wear black and sing about death, and they can be rainbow-like and be Killjoys. They can do whatever the hell they want, as far as I’m concerned.

Contrary to popular belief, My Chemical Romance’s music doesn’t say, “Go shoot yourself.” It says to “Be yourself, follow your heart, and don’t give a damn what anyone else says.” I know they already say these things in interviews and whatnot, but really, I think the music’s enough to make me believe in myself.
StolenPride, LittleGoldie and 8 others like this
ChooChooCharlee All true <333 thank you for setting it straight!!
VampiresRevenge Gemonk, you are awesome. This article is awesome. That is all.
GemonkDruid Thank you guys :) x
yankeefan1 i am the only person IN MY ENTIRE SCHOOL that likes MCR......they are all haters...(what you described in the article)...and now they all hate me for liking the band...(like my bff got a new bff... and nobody hangs out with me anymore:(......i'm sending this to every single one of them:) thank you for setting this situation straight!!
GemonkDruid Aww, you would send this piece of shit to your friends? Thank you :)
emilyroxx Awesome job Gemonk! I totally agree!
GemonkDruid Thank you :) But Mikey's still better
lilipartypoison all true i totally agree with u gemonkdruid!! awsome job!!!
GemonkDruid Thank you :) x
xxpunkrock101 This is awesome. I honestly believe something should be started to get those who think the complete wrong idea of the bands message through their heads. MCR saved me so i dont see why the stupid ones cant see what MCR gives to those in need.
GemonkDruid D'awww, thank you :)
killerimploder your article's awesome! i agree much! all my family members hate mcr even my nanny! an exception for grandma tho :) i just wish they and even the haters would understand what MCR really wants to do with the people in the world which is SAVE them.:') great job! :'D
GemonkDruid Thank you :) (Grandma? Like Elena? Lol.)
MyDeadSummer Thank you! I can send this page to all the people who think MCR are gay and emo. Wow, those people are freaken fails. I gotta admit, Danger Days, when I first got it, I thought was diffrent, I thought was a change, which it was and theres a reason behide it. But now, as I've grown older I've learned that it the band that saved me, they helped me and no matter what happens, they will be awesome Great job :D
GemonkDruid Woop! Thanks :D

2
My Chemical Romance
added by KaterinaLover 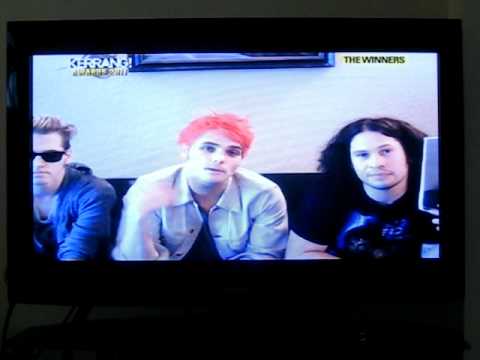 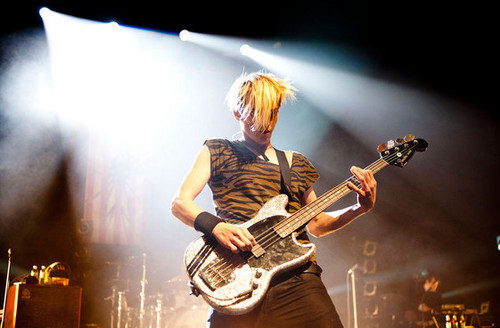 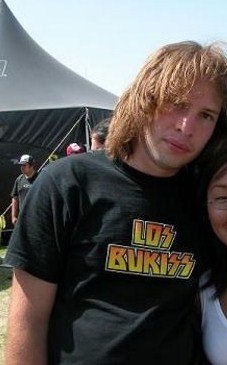 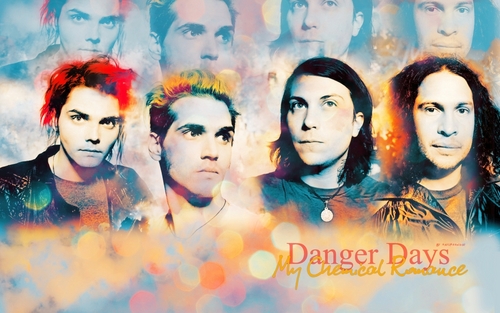 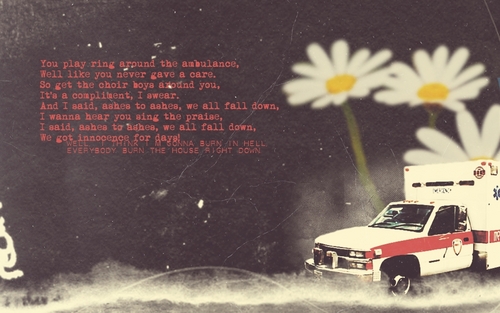 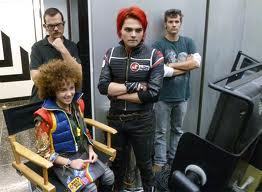 3
Gerard and Grace
added by mcrkilljoygirl 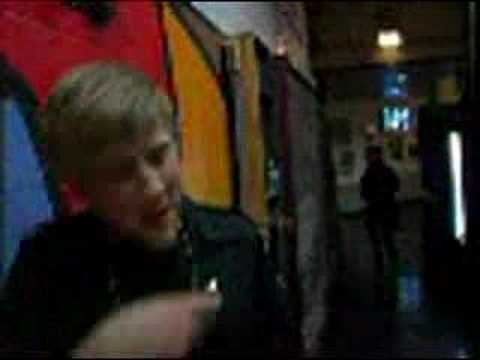 3
'Sing'
added by misanthrope86
Source: Reprise / made by me 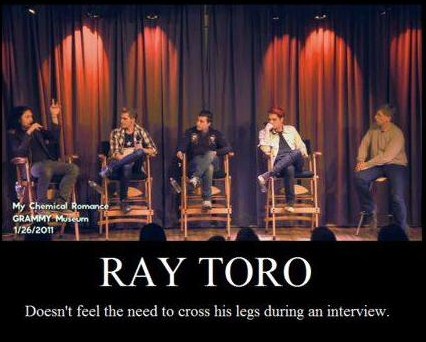 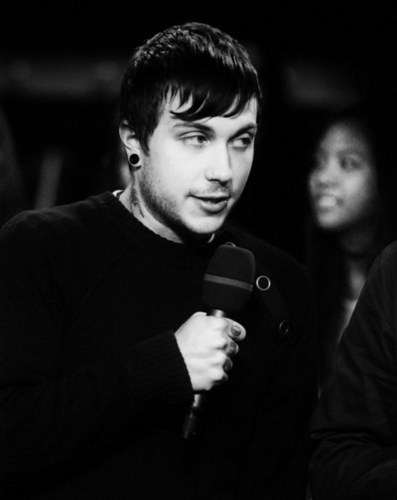 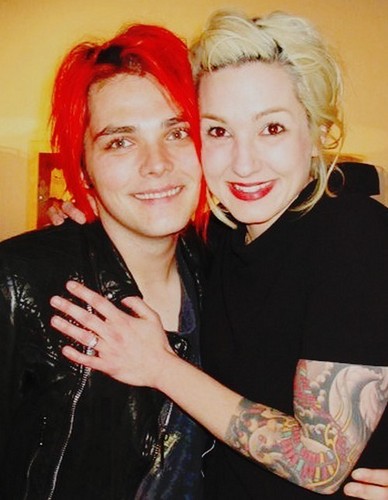 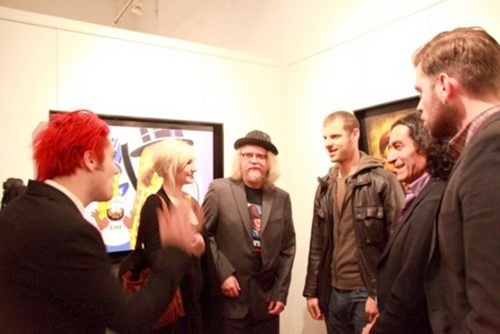 Gerard and Lindsey and Ron
added by favoritecolors
Source: tumblr 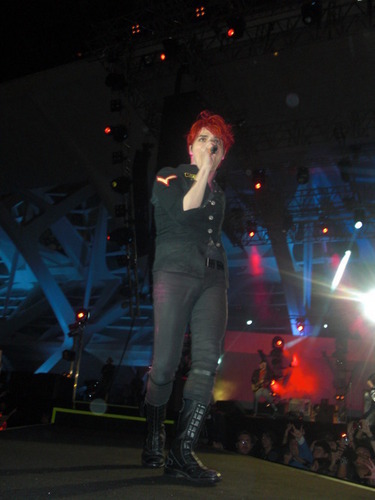 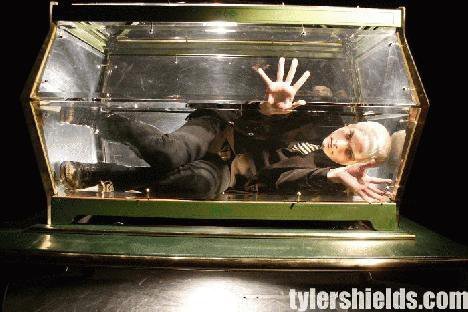 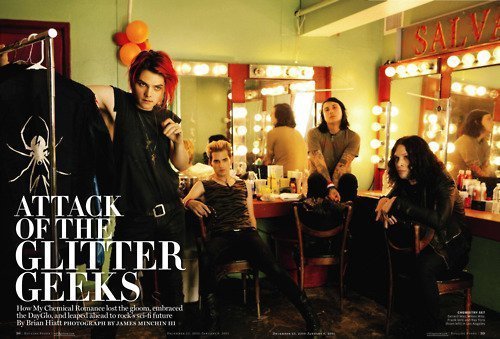