Framia: I Promise by ~NaruIno4eva
posted by EllentheStrange
Framia: I Promise
by ~NaruIno4eva
I DIDN'T WRITE THIS.ONE OF MY FRIENDS ON DEVIANTART DID!!!
Frank waited by the park bench for his girlfriend Jamia. He had in his hands a single red rose and a ring. It wasn’t an engagement - they were only seventeen - but more of a pre-engagement ring, a promise ring. Frank knew in his heart she was the one he’d marry when he’s older and tattooed, but he had to take their relationship one thing at a time. He didn’t want to rush or pressure her.
Jamia found him and gave her boyfriend a hug. Her smooth hands ran up and down his back, and she felt the soft petals of the rose he was about to give her. Not wanting to spoil his surprise, she sat down with him and let him give it to her. Either way, her eyes lit up all the same. He wrapped his arm around her shoulders.
“Thank you!”, she gave him a kiss on the cheek, “So, what’s the occasion?” Jamia twirled the rose in her hands. Frank took her right hand, and looked her in the eye.
“I have a present for you...” he began
“Really? What is it?” Frank slowly opened his hand, revealing a silver ring. It was a simple ring, no fancy diamonds and engravings, but in Jamia’s eyes it was the most beautiful ring she’d ever seen.
“I need you to promise me,” Frank began, “That we’ll get married one day, when we’re older. That when you accept this ring, you’re accepting my love for you. I’ll wait for you forever if you wait for me.” Jamia’s eyes started to tear up a little bit. She wrapped her arms around him and let small tears fall on his shoulder.
“I love you Frankie...and I promise to love you forever...” she whispered into his his long, smooth dark hair. They let go of each other, and he slid the ring onto her left ring finger. He cradled her face in his hands and kissed her the way someone would handle broken glass; delicatly, cautiously. Their lips finally parted, and Jamia took one of Frank’s hands and held it to her heart.
“It’s yours now.” She told him. He kissed her forehead and took her in his arms, his lips now barely brushing her neck.
“I love you, I hope you know that.” He informed her.
“I know. I love you too.” 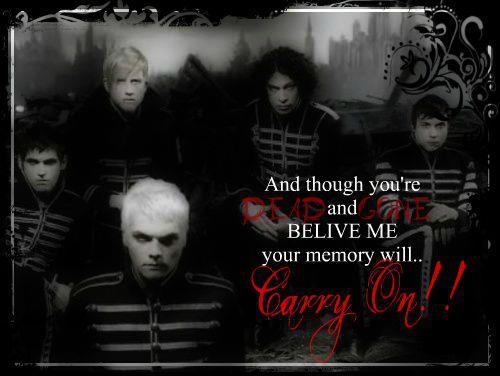 4
My Chemical Romance
added by KaterinaLover 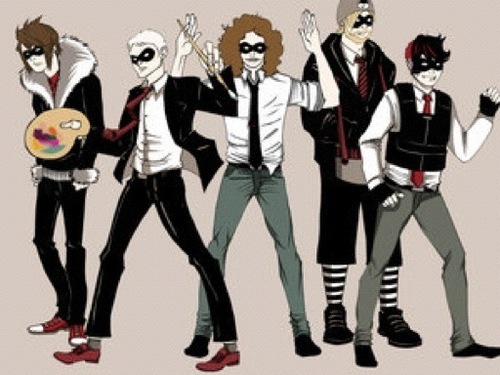 8
MCR Umbrella Academy
added by iluvedwardc13
Source: not sure if she made it but Frikeygee17 posted it. 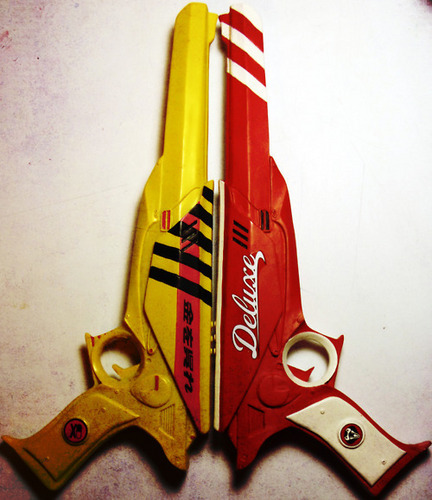 4
My Chemical Romance - SING Behind The Scenes with Grace Jeanette
added by mcrkilljoygirl
This is the behind the scenes of the music video with Grace Jeanette that plays the role of Missile Kid.
video
mcr
my chemical romance
frank
gerard way
ray
my chem
sing 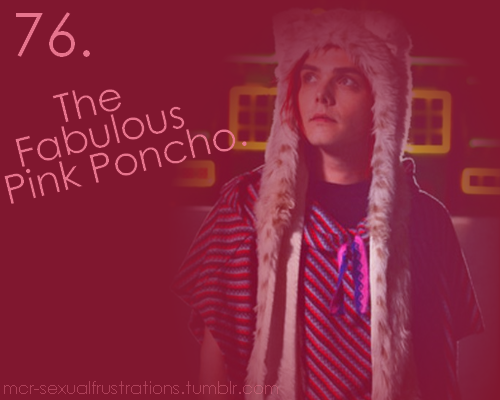 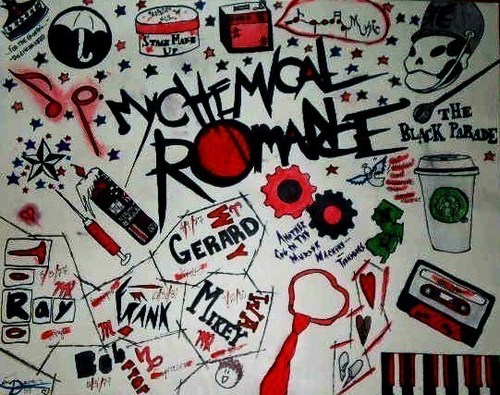 4
my chem poster i made
added by EllentheStrange 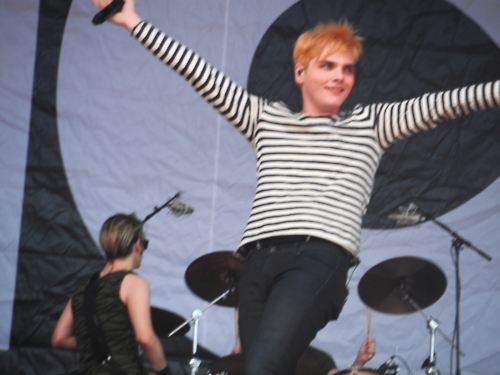 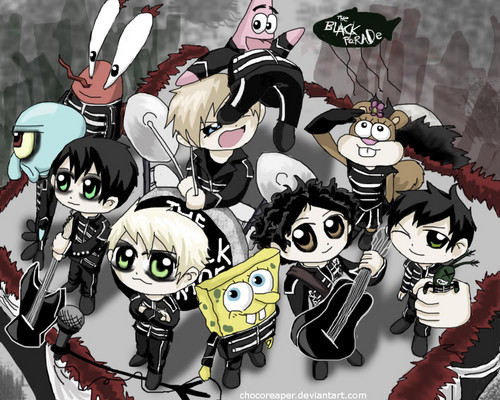 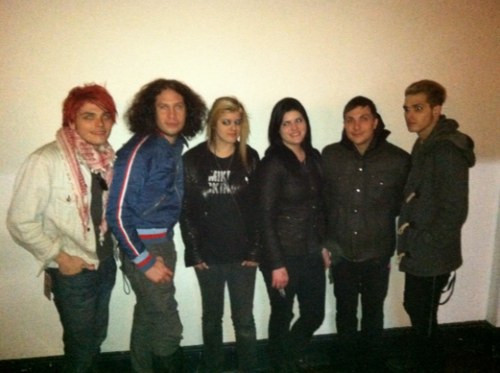 1
My Chemical Romance with fans
added by ILoveMoikayWay
Source: tumblr 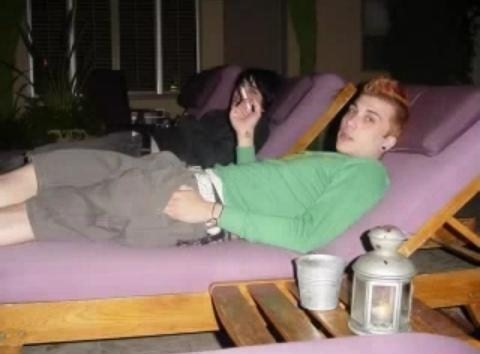 2
frank <3 do you see what i see?
added by laspanglish
Source: google 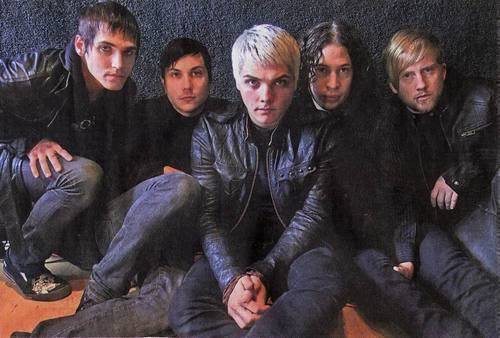 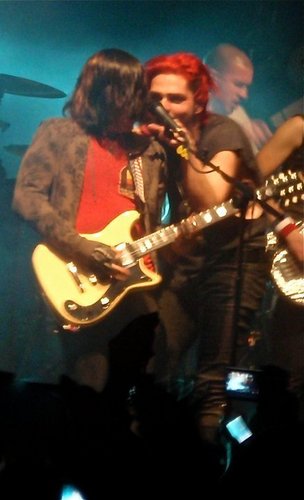 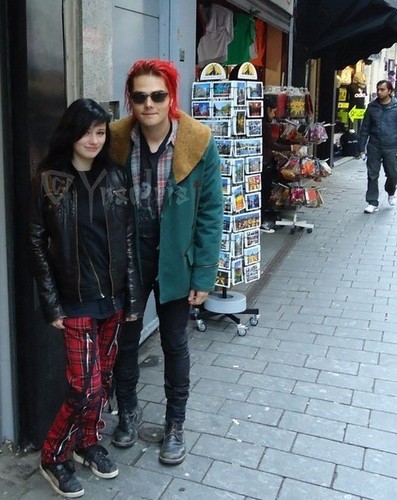 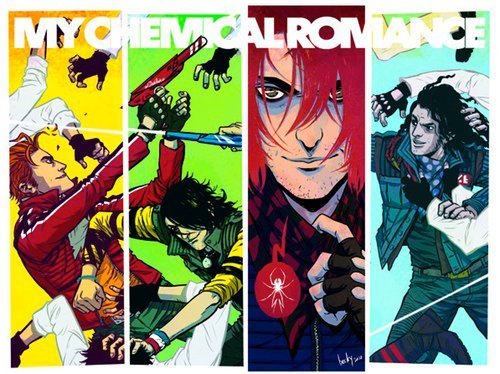 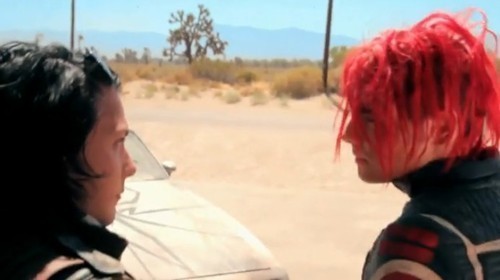 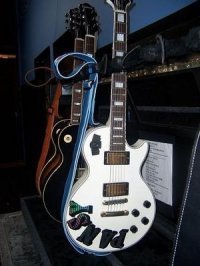