Trevor Phillipd in Ponyville... (Rated M)
posted by Canada24
I did a crossover of Saten Twist and his crew in GTA.. And than decided to do a sequel, where crazy man, Trevor, follows them back to Ponyville.. And how this is JUST as bad as you would think..

This also introduces Pita and Maggie.. My first openly GAY characters.. Who are actually badass..

Suddenly Trevor Phillips burst down the door. Demanding his money.

"You owe money to HIM, what's wrong with you!?"

"No, I owe to his daughter.. She found me some grass" Saten admits.

"And you didn't share it with me!?" Derpy cried.

"We don't. But it's still highly recommended that we do" Derpy said.

Trevor pulls out a AP Pistol.

Derpy walks to behind Trevor, grabbing a glass vase.

"MONEY!" Trevor cried, before Derpy heads him the back of the head, knocking him unconscious.

"You still have that weed?" Derpy asked.

"Sure, follow me" Saten said, heading to a off view room.

Derpy is seen poking Trevor, getting him to wake up. He finally does.

"How did you find us? We left Los Santos weeks ago.. Why are you in Ponyvile" Derpy asks.

"It wasn't hard, I just found the huge signs, saying WELCOME TO PONYVILLE"

"I asked that purple girl for directions to your house"

"Yes, the purple one.. I demanded her for answers about where to find you.. She refused to help me, said she new I was bad new.. I admit.. I kinda got a little angry"

"I didn't kill her, no.. But I started threatening that little dragon, saying I'll break his neck.. She suddenly got real quick with the answers" Trevor said.

"Your a monster Trevor" Derpy growled.

"Yeah, but you said you were GONNA hurt him.. Spike is a little kid.. Here little brother" Derpy said.

"Any I care because?"

Before Trevor finished, Derpy tasered him, and he cried in pain.

"It was suppose to.. I liked it better when you were unconscious" Derpy said.

"That's not what your mom sai-"

"As soon as it gets boring" Derpy cried, and tasers him again, Trevor screamed angrily in pain.

Trevor is seen holding Mayor Mare outside her open window.

"Will there be chocolate cake?" Trevor asked.

"That a girl" Trevor said, putting her back inside, and patting her on the head.

"Well. Considering how lame your police force is, I'm pretty sure I WOULD get away with it" Trevor said.

"And you may wanna repaint" Trevor said, riding off on a bicycle, whistling Camptown Races.

Mayor Mare brings Trevor reluctantly too her birthday. Though Pinkie Pie was happy about this, she gets to give him welcome to ponyville party.

"Yeah, lets party" Trevor said, pulling out his AP Pistol and shoots Cherry Barry though the head, killing her, and blood sprays over some of the shocked guests.

"WHAT ARE YOU DOING!?" Pinkie screamed.

"It's shocking that you know that" Rarity says.

"It's a popular a show. . Anyway, where's Twilight?" Rainbow asked.

"Nobody has seen her sense yesterday" Rarity says.

"He's gonna burn down all of ponyville if you don't hurry" Twilight said, having flew there a few days ago, due to still being a in training alicorn princess.

"We saw him EAT someone!" Twilight cried.

"Well, I can't protect you Twilight.. I might be the police chief, but I'm also only ONE ageing Alicorn" Ditto said.

"... He knows where Scootaloo lives"

"Now think about what you did" Ditto said.

"Don't you sass me" Ditto said, throwing Trevor in the cop car.

(zooms in on Twilight).

"You sure he won't get out?" Twilight asked nervously.

"Yes, he'll never get awa- (when zoomed back out, Trevor is out of the car, left the cuffs behind, and is long gone) Oh, damn it, he got away" Ditto said annoyedly.

After two weeks, Trevor ends up in Manhattan.

Shortly after we see Maggie, who runs the bar, is holding Trevor's arm in a painful position, ready to break it if necessary.

"What happened here?" Spitfire asked, coming in after hearing all the noise.

"He called me a cunt after I said we had no Whiskey here" Margarita said, holding Trevor down.

"Oh.." Spitfire said, heading towards the bar stool, and looking at the menu as security began forcing Trevor out.

"So.. You really pissed off my girlfriend"

"You guys are gay?.. I don't care, I'm fine if you are.. I just don't see it" Trevor said, and being completely censure about it.

"Well, technically I'm bisexual.. And I got tired of boys always breaking my heart, decided to try switching teams, see if it's any better.. And who better, than my old collage room mate.. Who I think had a crush on me anyway." Pita explained.

"But, this is probably getting weird.. So I'll stop talking about it" Pita said.

"Eww" Pita said under her breath.

"I honestly think I'm bisexual as well.. I'll honestly fuck anything.. I even fucked a snail.. And the worst part is that the snail STILL didn't call me, even to this day!" Trevor said.

Pita doesn't reply. To creeped out by that statement.

"Say, you mind if I share some deeply personal secrets with you?" Trevor asked.

"I honestly think I am sexually attracted to my mom.. But I knew she would never understand.. And that's when I realized.. I HAD TO KILL THAT FUCKING BITCH!!

TREVOR: That's when I realized I have a fetish for being raped by Donald Trump.. Probably because he's such a large figure wait now.. And me being a meth addicted, SLUT!

TREVOR: I probably gave my dog AIDS.. But it was still a interesting day..

TREVOR: And that's why I killed the dude, and made him into a cupcake, witch I fed to the town of ponyville..

"(stops the car) Hey, we made it.. Again, thanks for keeping me company." Trevor said before he exits the car, heading to his hotel room.

Pita is seen with widened eyes of terror. Completely speechless.

Saten flies over shortly after.

"Hey, I'm joking, I know you like girls now"

"Are you okay Pita?"

"We need to go the bar!" Pita replied, louder.

"Wow.. He's worse than I thought" Saten said, as Pita chugs down a vodka bottle.

"Can we just forget about it.. How long is he here?"

"I'm not sure" Saten admitted. 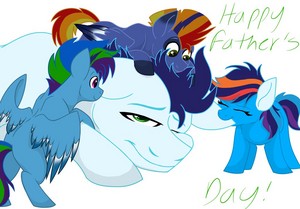 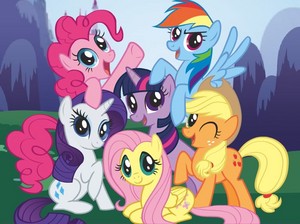 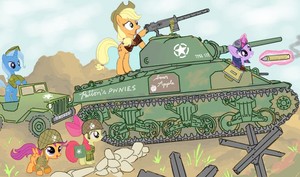 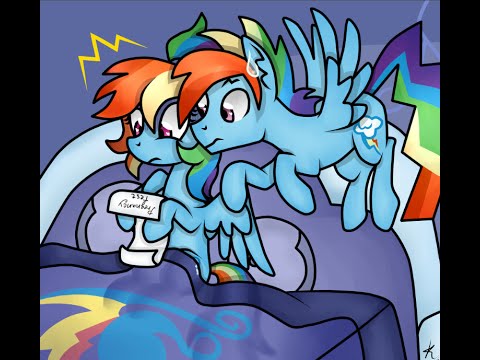 "Pregnancy Test" MLP Reading
added by Jade_23
I do not own this.
video 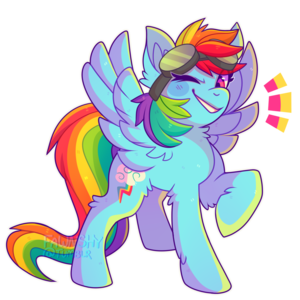 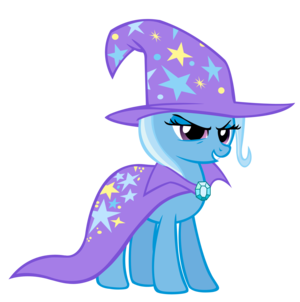 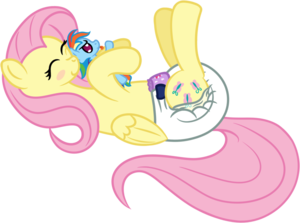 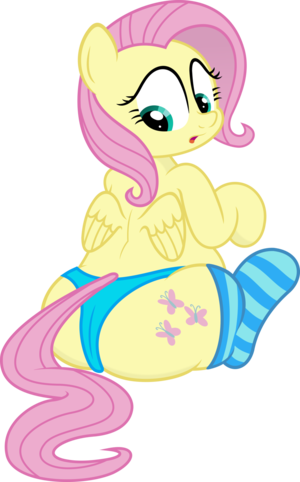 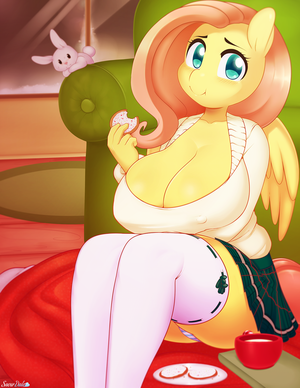 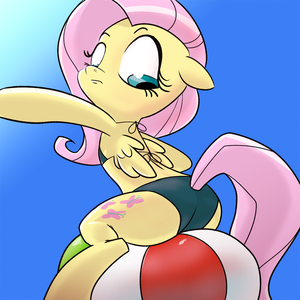 Fluttershy in a bikini sitting on a volleyball
added by Dragon-88
Source: Lamar_Bone. Found on Derpibooru. 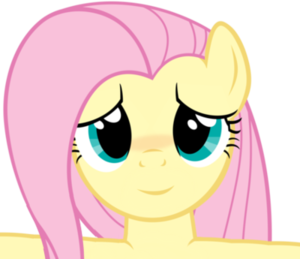 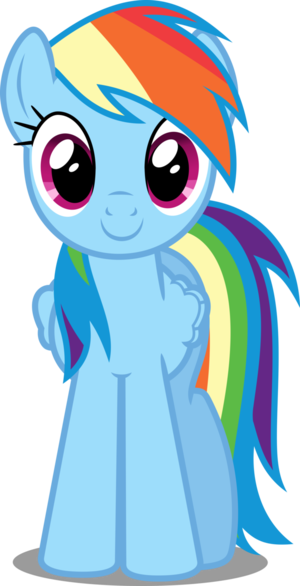 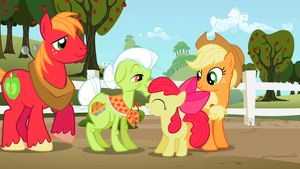 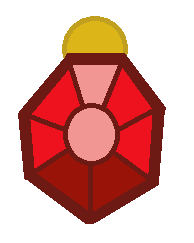 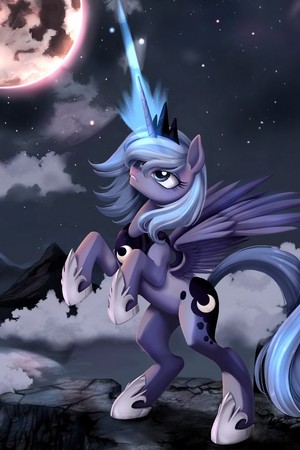 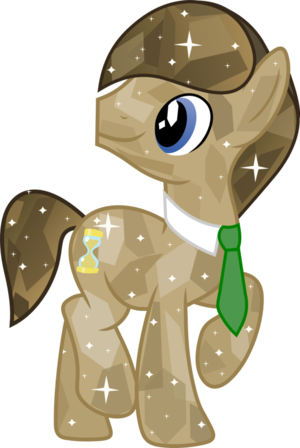 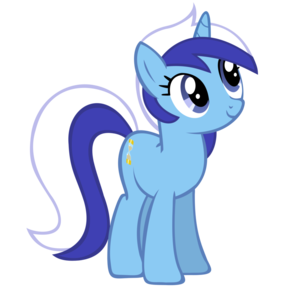