3
This goes to any sonic recolor haters
posted by SusieStarlit
Don't worry, this isn't a rant. It's more of a discussion-type thing -- on a matter that's been bugging me slightly as of late.

I'm not surprised by this at all. In fact, I agree with what people are saying to some degree. Everyone knows that recolors are unoriginal and boring, and that it's good to strive for originality. But I also have some problems with the arguments that people are making about fandoms vs. original creations, and now I'd like to give my two cents.

First of all, regarding recolors. The fact is, guys, that almost EVERYONE starts off with a recolor when they create a fancharacter. At that point, they're not usually concerning themselves with originality or uniqueness -- they just want to make a fandom based on something they like. Maybe they don't know how to make the character design their "own," or how to give that character a personality that isn't considered cliche. In essence, they haven't really matured yet, so their fancharacter turns out to be a recolor or a clone.

If you're a GOOD artist, however, you will eventually realize that your fancharacter is nothing more than a recolor, and redesign them. That's what I've gone through with several of my Sonic fancharacters. Nearly all of them started out as recolors, Cyan being the worst. I made her when I was about 14 or 15, back in my uber-fangirl phase. I didn't think much of her design back then -- she was simply a lighter-colored Sonic with a tuft of hair on her head and a heart marking on her belly. But as I grew, learned more and more about character design and matured a little, I realized the flaws with her design. I've yet to redesign Cy -- it's something I've been meaning to do for a long while. One reason it hasn't been seen yet is because I hardly draw Cy anymore. But I have redesigned a few of my other characters, such as Aethon. Are they perfect? Of course not -- you can't really get a perfect with a fancharacter. But they're better than they were.

My point is that you should give people time to grow and experiment before bitching them out about creating recolors. We're all beginners and "n00bs" at some point, whether we like it or not. If people say they never started with a recolor, chances are they're lying. Everyone has to start somewhere, and the start of any endeavor is often modest. Just give people a break -- that's all I'm saying.

Then there's OCs, or so-called original characters. I have a few of these, too: Ranger, Sub Zero and the wolves of SZL, and the cast from my story "Wolf Rider." I definitely support OCs; it's awesome when you can make a character and a world out of your own mind and your own heart. It shows creativity, imagination and vision.

HOWEVER, I think that some people with OCs are rather full of themselves. They parade their characters around, proclaiming that they're SO original, SO unique, and therefore SO much better than other characters. People, we have to realize that NOTHING is completely, 100% original. I'm sorry, but it's just impossible =\. As one of my art teachers likes to say, "Everything has already been done before." No matter what concept you come up with, it will always, in some way, relate to someone else's ideas. There are billions of human minds out there. If you think you can come up with an idea that no one else has ever thought of, or ever will think of, you're a fool.

That's not to say that you can't be more original than someone else. Indeed, you can. But don't let it inflate your ego too much. Whether you admit it or not (or realize it or not), your ideas and concepts have more than likely originated from someone else's ideas. That doesn't make you a copycat. You're a copycat if you steal someone else's idea to a tee, and claim it all as your own. There should be no shame in being inspired by other people's work -- it happens naturally, so don't be afraid of it.

That said, I hope everyone can better understand my opinions on fancharacters and original characters. I do not totally support or oppose one or the other. To me creation is creation. People have many ways of expressing themselves, and sometimes they need time to grow and change before we scream at them. Just don't get too carried away with your rants and raves.

And that's all I have to say for now. Whew. Glad that's out of the way. Peace out, everybody.
gyrothehedgehog, frylock243 and 1 other like this
SusieStarlit I own nothing of this a friend gave me permision to post it here so once agian I DO NOT OWN IT!
freya-the-cat That's cool I guess. I don't don't go screaming at recolourists "MY CHARACTER'S ORIGINAL!!!11ONE!!" I tell them that they shouldn't really recolour because it's art theft. I particularly hate it when someone takes a beautiful fanart and presses CTRL+I in paint and makes an invert. According to them, "IT'S A FAN KARAKCHOOR!1one1!" It's not. It's just a blue shadow.
SusieStarlit yeah thats wat i hate to like getting them from like sonic x episodes im ok with that but if someone worked on it like super hard thats wat i hate the most
Zenzes Agree. Even saw someone who said that her fancharacter is the only wolf allowed and that every other wolfcharacter are "BASTERDS". Meep. But I don't actually think that my first two fancharacters were actual recolors ^^; (My drawing skills weren't even enough for the trashcan XD still haven't thought one bit of tracing o_o) They were created back when Sonic Adventure 2 Battle came out. First one was a cat (male), was brown with thin red stripes 'n dots.. *drop* Sec one a white lion with light blue mane.. *brick'* I'm saying things noone is interested in, yay. Back to the point. I think it's kinda scary how many two-tailed(or more) foxes are out there now. (Non-sonic characters not included)
gyrothehedgehog I agree. Someone ranted about how AWSUM her FANCARIKTUR was when in reality it was Sonic with red fur and a green stripe on each his spines. She kept on saying that EVRY1 KEPT ON STEELING HUR FANCARIKTUR because some FCs had a slightly similar design to hers. 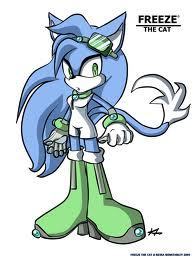 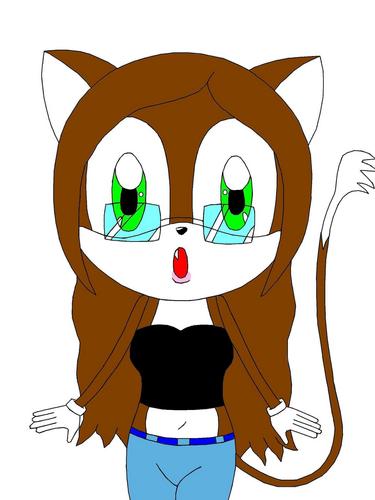 rita the cat
added by ritathecat
Source: me 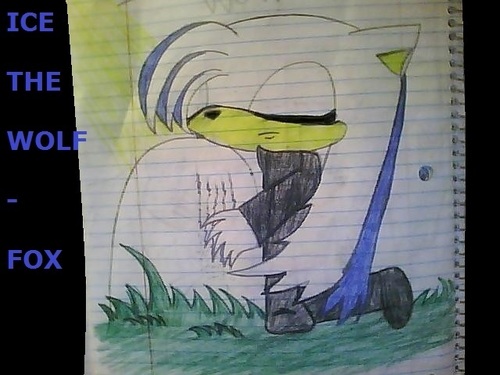 Ice the wolf-fox
added by daina1905 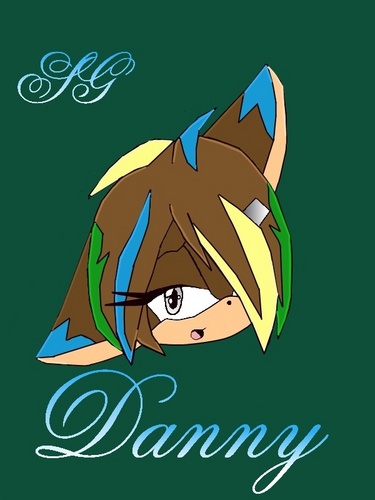 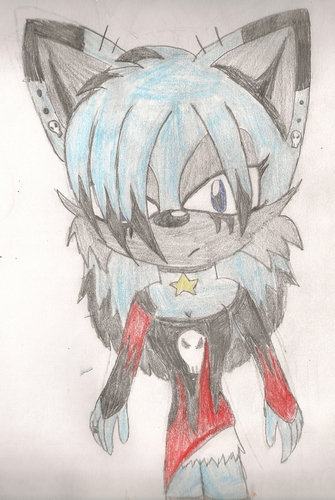 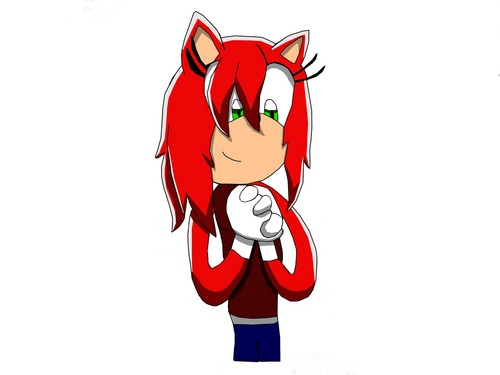 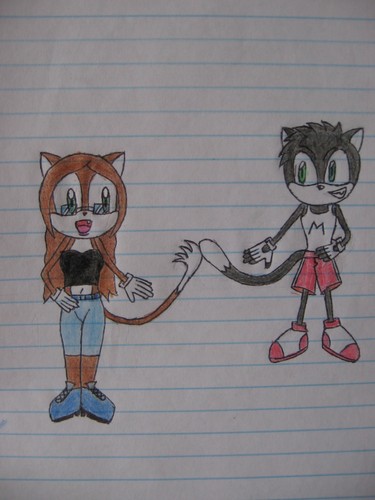 rita and mário: brother and sister
added by ritathecat
Source: me 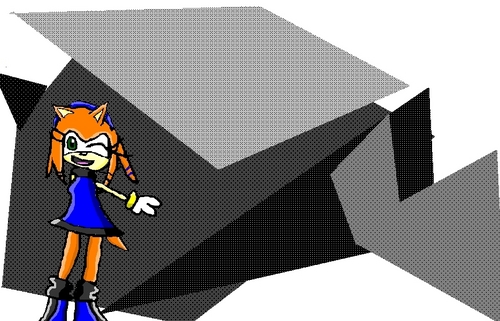 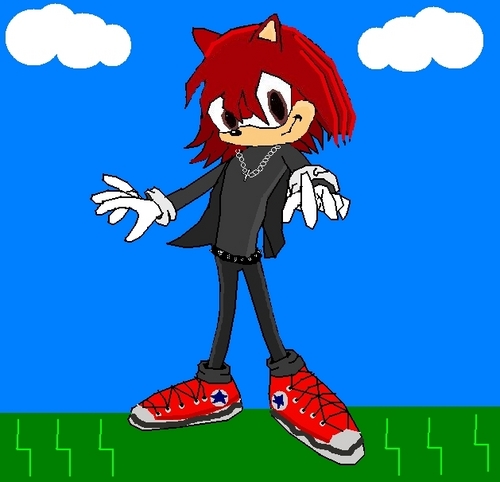 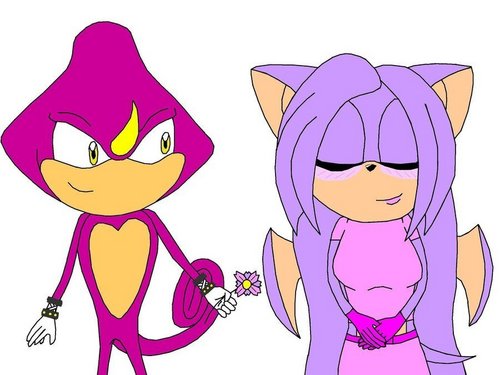 a flower for alexandra
added by ritathecat
Source: me 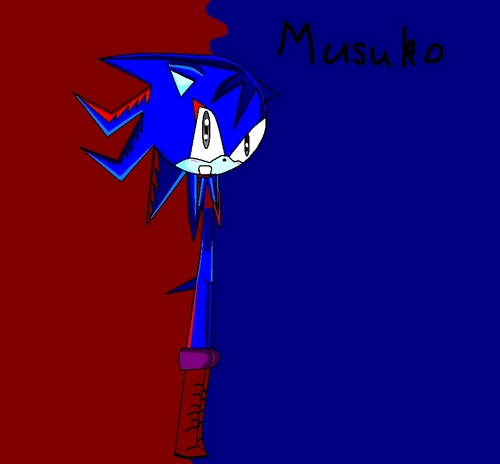 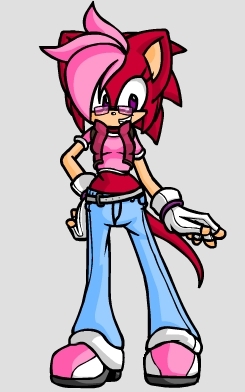 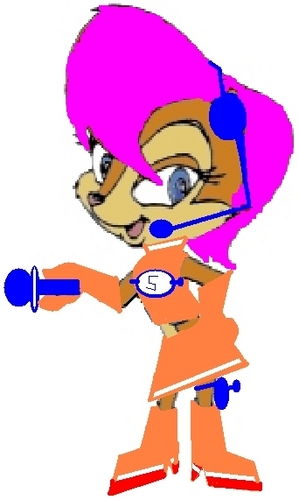 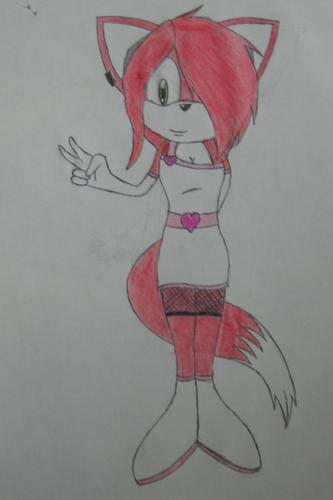 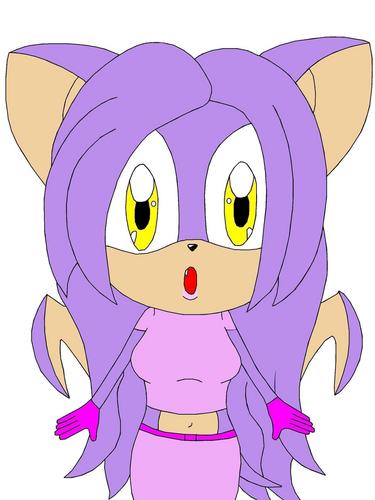 alexandra the bat
added by ritathecat
Source: me 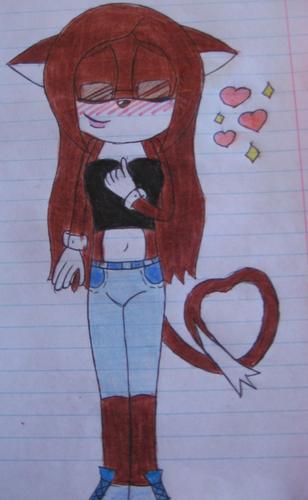 rita the cat is in love
added by ritathecat
Source: me 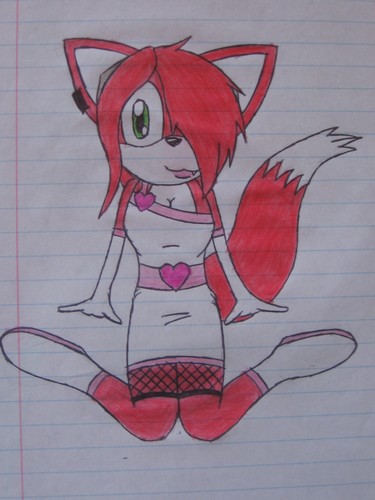