5
My favorite Near quotes
posted by luv_warriorcatz
Spoilers:
N: (to Light) "The first L...he gave his life and brought to light that the dreaded Kira operates from Japan, and the nature of the tool he uses to carry out murder. While you, who've taken on his name, have managed--well--nothing. No--actually, now that I think about it, what you HAVE managed is to increase the numbers of kiras out there. I can't really expect anything from you as far as dealing with the kidnappers is concerned, now can I? I believe I'm being as clear as possible here. The same goes for the japanese police. The one who should be in charge of it, subdirector Yagami, has declared he's quitting and has gone back to Japan with his daughter. Honestly, most unreliable, this japanese police."

Lester: (to N) "You already know what's going on in Japan, right?"
N: "I know. But right now, more important than that, is that if you knock over my tarot card tower, I'll be pissed."

N: (to Light) "No, you are just a murderer. And this notebook is the worst killing device ever in history. If you were a normal person, if you had seen the extent of this tool's power just once, you would have been horrified by what can be brought about by it, you would have feared it, you would have regretted what you had done. And you never would have used it a second time. What I am about to say may sound astonishing. I could understand someone who would kill countless of people for their personal gains. But you lost yourself to the shinigami and to the power of the notebook, mistakingly thinking you could become God. A crazy mass murderer. That's all you are. Nothing else."
Light: "Near, you're the one that's mistaken. I am already justice."
N: "That may be so. What is right from wrong? What is good from evil? Nobody can truly distinguish between them. Even if there is a god. Now, supposing a god and his word existed, even then I'd stop and think for myself. I'd decide for MYSELF whether his teachings are right or wrong. After all, I am just the same as you. I put faith in my own convictions as to what I believe is right, and consider them to be righteous. You are most certainly no 'god', for one, and having YOU have tell people how to lead THEIR lives-and having people live accordingly-is neither peace nor justice as far as I'm concerned. Calling yourself god and killing people in discriminately is definitely evil in my book. And what about what others think? What do they believe to be right? What do they feel to be true justice?"

N: (to Lester and Hal) "You said she's smart, but it only means she got high marks and she's actually a stupid woman." (referring to Kiyomi Takada)

N: (to Lester) "What I've got from them is that Light Yagami is popular. Both Takada and Amane are enslaved by Light Yagami."
Lester: "Near, please be serious."
N: "Seriously enslavement is funny...."

N: (to Light) "I myself will ensure that you'll be locked up in a place where neither eyes nor voices will reach you."

N: (to Lester) "I've wanted to make him taste his own pathetic failure with all my heart."

N: "What foolish guys. I'm not surprised to know there are such people that stand for kira. But I suppose they just suspect in their heart that kira judges the evil. These people who came here are even different from such ones. They are more hopeless idiots.

1: Those who have gone as far as to worship kira, can be blind soldier-like murderers and will have done just the opposite thing from what kira originally aimed.

2: The followers who were taken here by such worshippers and do not have their own will.

3: Fools who simply want violence, those who are enjoying this turmoil. Among them, there must be quite a few anti kira."
Lester: "Near...it is no time to analyze these people."
N: "Yes, it is. Those who stand for kira will be sideliners who hate only their own danger...the violent mob down there are selfish people who just want amusement. Don't you think so?"

Light: "Mi...Misa!!! Misa...where? Misa, kill, kill all of them."
N: "Amane Misa is in Teitou Hotel."
Light: *Hotel? At times like this what is she doing in a hotel, that stupid Misa* "Takadaaa! Where's Takadaaa? Kill! Write!"
N: "Takada Kiyomi has died..."
IllusionDolls, Alchemistlover and 3 others like this
emilyroxx Love it! :D
Jodelyn_Near Near is nice and yet be so mean..
Alchemistlover Is this from the manga? i don't remember some of these quotes....
Not-A-Cat Hahahah Think so i dont remeber either lol
IllusionDolls He is a lot more interesting than he may seem. Going over these, I actually see him as being a lot like me. Not by our way of doing things or our exact perspectives of the world, but our ways of thinking. I'm not cold as such or would handle the case quite like him, but a lot of his descriptions of others, mainly concerning Kira and his supporters, remind me of myself. For example, when he says that Takada is a "high-marked woman" but also a "stupid woman". That means that she perhaps did well in academics and with being successful in life, and being looked highly upon by others, but even behind all of that, even with knowledge and success--is not smart as a person or better, a human being. I've said that kind of thing a number of times, but people normally throw me a confused expression or tell me that I am being redundant as an attempt to make a point when saying that someone is "smart, but not intelligent." Maybe I should change it to "smart, but not wise." He is blunt, especially with his enemies, but he doesn't try to actually kick the hornet's nest. He knows Kira and has figured him out, and finally, the last and most noticeable connection, to me... His descriptions of Kira, Kira's doings, justice... I honestly wish that he was real just so that I could share my perspectives about Kira with him. We have a lot in common, on those terms. x) 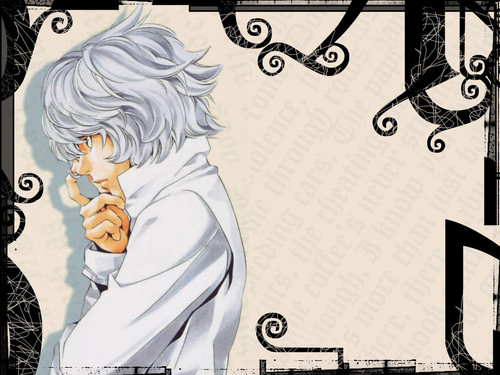 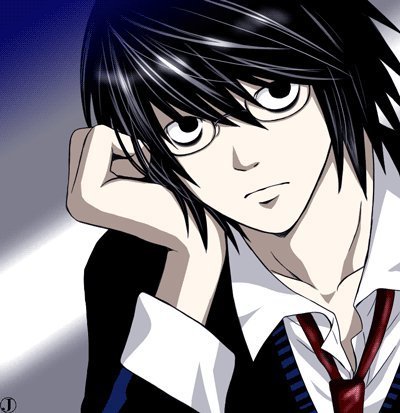 5
MAD Death Note parody - Near discovers the truth
added by Anarie
This isn't my made video!
video
near
death note 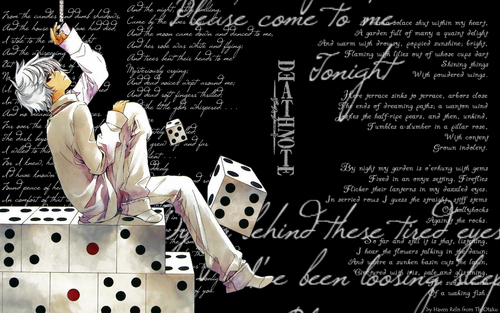 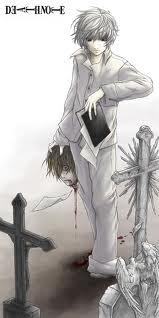 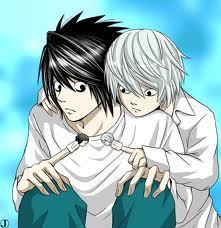 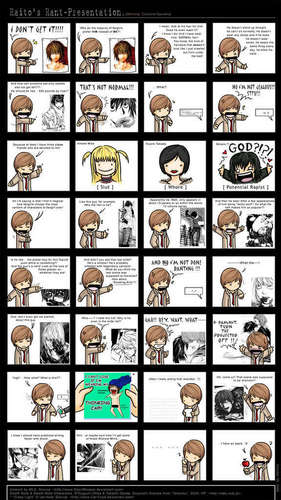 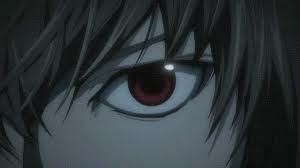 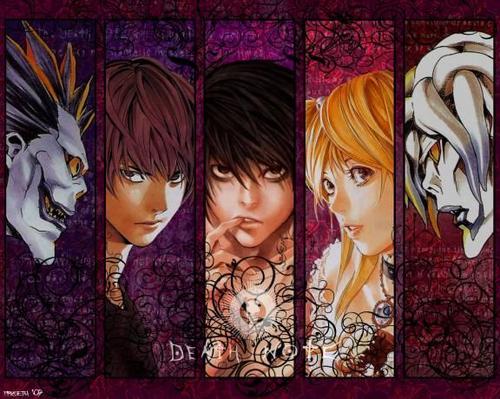 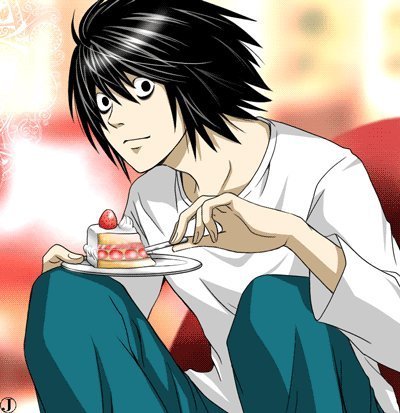 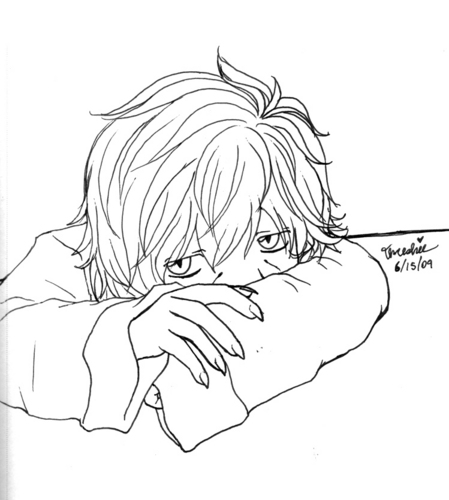 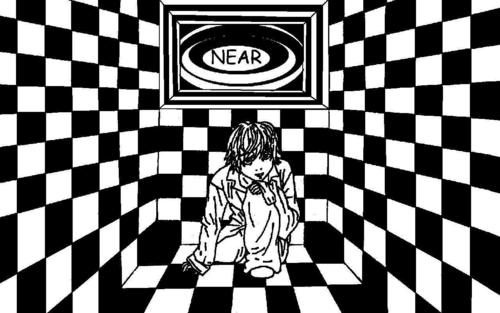 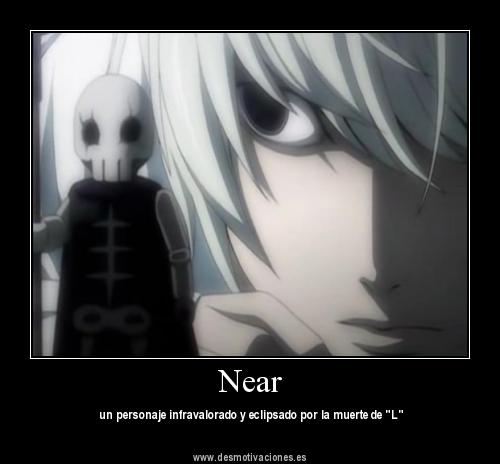 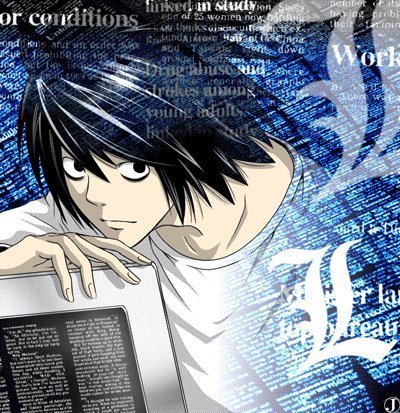 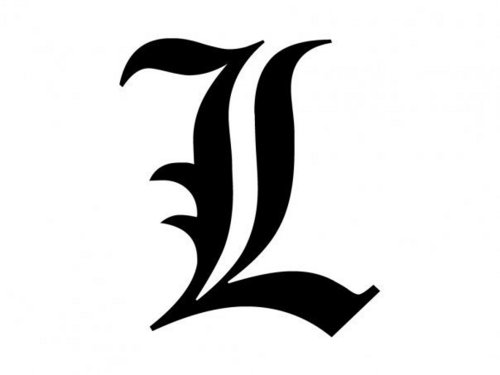 1
sdsf
added by krystylmomo
4
Near
posted by krystylmomo
Near (ニア, Nia?), whose real name is Nate River (ネイト・リバー, Neito Ribā?), is a fictional character of the anime and manga series Death Note and in the film L: Change the WorLd. Near is the younger of the two successors of L, and the leader of the SPK (Special Provision for Kira), an organization that looks into the Kira case and, in the end, succeeds in uncovering Kira's identity.

In Death Note, Near is the younger of L's two successors raised in Wammy's House, Watari's orphanage for gifted children, in Winchester, England, United Kingdom. Of the successors, Near is more level-headed,...
continue reading...
More Cards
1234567891011