6
What Would Have Been Chapter 6
posted by genyva
6. Dangerous

I exhaled heavily behind my desk. Nothing better then a long day at work to keep my mind off of what was going on at home. I went to the break room I have 30 minute before my shift is over. My past was creeping up one me every where I went. Even work, I felt like a teen again working at Newton’s. It was a bigger step, owning the only Safeway in Forks.

This wasn’t the only similarity; the fact that the pack was out and trying to save me didn’t help too much. But saving me from Vampires I once concerned to love. Alice and Jasper. I knew I saw them. I wasn’t crazy. I am however scared. If they are back then won't Edward come back. Or Esme and Carlisle. I don't think Rosalie would come back but Emmett might miss me. No! Miss nothing, I was here they never came back 10 years is more then enough time to miss some one.

“Oh Ms. Swan I'm sorry I'm late I know its my first day and all its my aunt she’s—” Alexis Maxwell started but I stopped her I didn’t really care if she was late that’s the last thing on my mind.

“That’s ok Alexis it’s only a Grocery store not like some one will die because there weren’t any Sodas out on display.” I sighed.

“Are you feeling alright, Ms. Swan?” she asked sitting down in the chair beside me. Even Teenagers knew something was wrong.

She looked at me here eyes full of happy hope that she walks around with I couldn’t bring her down, I smile softly, “I’ve got a bit of a headache that’s all.”

She smiled back at me “ok well I better get out there. Some one might die.” She laughed at her joke.

I sighed when I heard the door click. She was a bright girl junior At Forks High, she just moved here from Delaware well she said something about being in Colorado for a period of time. I sure hope she doesn’t fall in love with a vampire or a werewolf for that matter. I thought glumly as I answer my cell phone.

“What's up Jake?” I asked in a monotone voice.

“Nothing I was just checking on you, did you want to come over for dinner tonight, Nicole wants to talk to you.” he added.

I smile; I hadn’t been over in a few days, sure why not. “Yeah Jake I'll come over once I pick up Aly.”

He hung up. I looked at my phone, 15 more minutes. I laid my head on the cold wooden table. After a few minutes passed there was a light nock on the door I sat up and smiled to Alexis.

“Don't tell me some one die out there,” I teased her standing up.

She flushed with embarrassment, “No some one wants to see you. She claimed she when to school with you.” She said looking down.

I smile I bet its Jessica she has been on Broadway all this time and has finally come home. “Ok, I'll be out in a sec.” I turned to get my purse surely Jess could chat up my last 10 minutes.

I walked out of the room and towards Alexis I saw her talking to some one. “Alexis who…” my heart stopped I couldn’t breath Alice Cullen was standing in front of Alexis; she was here to see me not Jess.


“Ms. Swan are you ok? Should I call 911,” I heard Alexis panic Voice next to the beautiful wind chimes of Alice’s.

“No its ok she waking up now, Come on Bella.”

I opened my eyes and saw the roof of the story and many faces of towns people I felt Alice’s ice cold hands on my head. I scooted back from her shock across her face

“Bella it ok.” She said in a quiet voice.

“Ms. Swan,” Alexis handed me a bottle of water. “Here this might help Mrs. Alice said you faint a lot.” I took the water but didn’t removed my eyes from Alice.

“I'm ok,” I said to the people still around me. I stood up the walls weren’t shaking too much. “I have to go get Aly, bye Alexis.” I picked up my peruse from the floor and walked to the Door.

“Ms. Swan, this is who wanted to see you, Alice Cullen.” Her smile faded as she saw my face

“We aren’t friend I don't ever want to talk to Alice again.” I said through my teeth walking away.

Alice was behind me. “Is Alison you daughter? When did you have kids? I fell like I have missed every thing. ” Alice followed me to my car it was parked by a yellow Camoro.

“Go away!” I yelled at her “Go back to where you have been for the last 10 years. Don't bother me like your brother promised, don’t come back and ruin my life that I have had to peace back together myself, and don't you Dare Get near my daughter, I never wanted you in my life you ruined all of it Alice its your fault, he never cared about me like he said, he breaks promise no matter what. He tells me he’ll never leave but then he's gone he tells me I wont come back and now he's back. Maybe it’s just Me. Maybe I should have been different.” I was crying almost sobbing. She looked at me in shock its like she didn’t even know

“Yeah well don't. I don't want your apology. Your 10 years to late.” I got into my car and pulled out nearly hitting a Ford Focus in the process. His horn blared at me, as I turned around and sped to Lyfe Elementary.

Anger and resentment flooded through my veins I gripped the wheel nearly putting holes in it. I got to School and they hadn’t let out yet. I sat in the car and thought.

The nerve she had to come and see me. What was she going to say Edwards not hear he's mad at me for coming, but I brought jasper he doesn’t want to kill you anymore? I just wanted to see if you were as sad as we left you or if you perked back up. I smelt her all over me. Her perfume, I couldn’t explain it, floral spice citrus not even musk. I open all the windows, I loved Alice, I would have killed just to smell them again, would have. Now it was a nauseating smell of the past. Or the future, my subconscious was back. It was as if the night Jake told me they were back I split into two, Who I am, and Who I would have been.

My mind went on, I could have smelt like that, I could have been a Cullen. I was almost on. My arm doesn’t sparkle from make up. James bit me. I should be one of them. I should be happy living the immoral life of a vampire. But I'm not. I stopped in abruptly as the kindergartner came out. I stepped out of the car when Mrs. Martinez waved me out.

“Hey Aly, Mrs. Martinez is something wrong” I asked holding Aly’s hand he was sad.

“Ms. Swan I was wondering if you knew a Mr. Jasper Hale, he came by today asking about you and your daughter,” she said concerned.

No! “What did you tell him?” I said through my teeth.

“Nothing that’s school policy, I want sure I told him where to find you to I could help myself he was so handsome, but he seemed upset because he already knew that.” She sighed

I grimaced he Dazzled her. “Well if he come around aging please keep him away we aren’t friends once in high school maybe but never again.” I told her picking up Aly, she was as happy as Day humming an unfamiliar tune. I set her in the car and strapped her in, tried to ignore Bella Cullen he was your friend he was with you all thought your trip to phoenix don't be so angry. He could have been your brother.

“Where Going to Uncle Jacobs house for Dinner tonight.” I said as when came to the first stop light on our way home.

“Ok” she smiled at me thru the mirror.

“What did you do at school today you look very happy.” I commented her natural glow.

“I go a present from some one mommy” she reached around to her back pack on the floor. I kept drive. I was worried that Jasper gave here something.

“Look it’s so pretty.” She handed me the Lion. It had a note on it. It I ripped it off and threw it out of the window

“Wow this is nice who gave it to you?” I asked I almost already knew the answer.

“Jasper he told me he knew you from school. And that you knew him to, and he told me to come over any time I wanted.” She giggled.

“What did you tell him?” I asked sharply.

“Lots of stuff he mostly asked me questions. Like he wanted to know how old I was and what my name is and how you were. I told him when you get sad you cry a lot and I told him a lot about Uncle Jake and Aunt Nicole.” She when on. I skidded to a stop in front of the house.

“Ok well baby you can’t talk to stranger you know that.” I said once I was out the car and unbuckling her, “any if he comes around again you cant be to close ok he's dangerous.” I took her inside.

Horror across her face as she repeated the word, “Dangerous.” I took her up stairs to change, I had to change also I would have to burn these close to get the smell out. 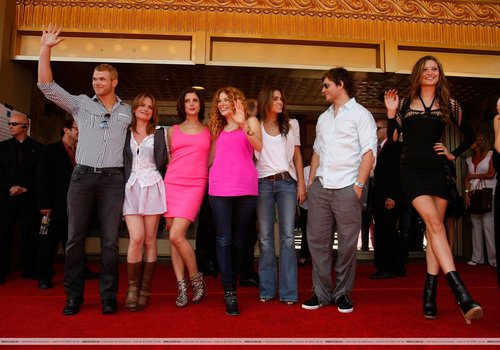 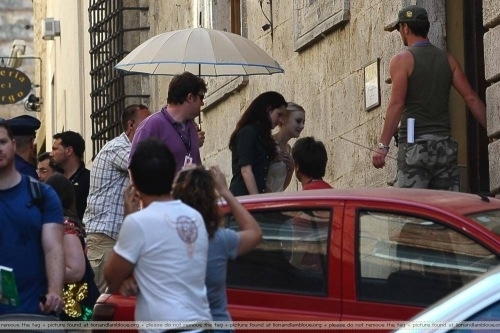 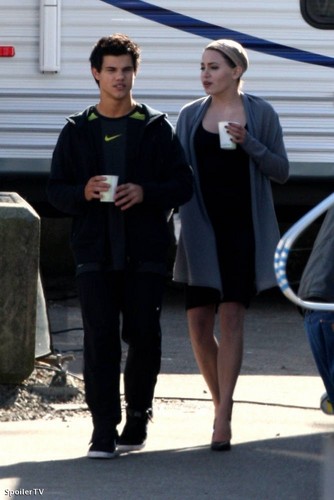 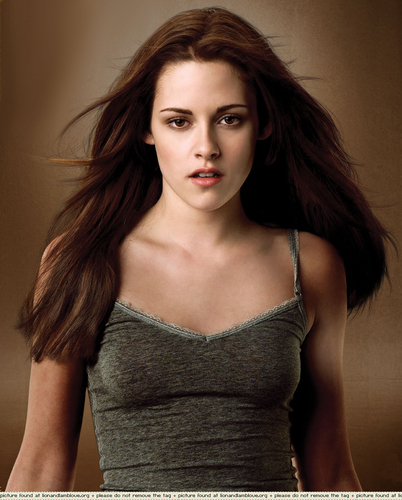 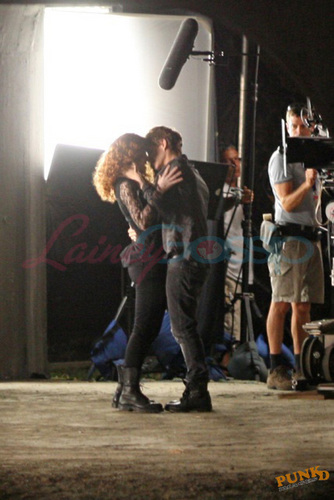 1
Victoria and Riley
added by SAdryana 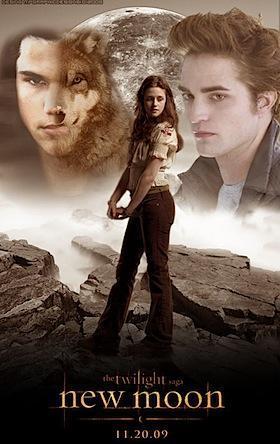 Ashley
added by SAdryana
4
Roses are red, blood is too................
posted by naomijade1995
The past few weeks had been interesting... Renesmee had been sleeping peacefully the past few nights but like any child she would wake up occasionally and cry. She had nightmares sometimes but every normal person had them, she was half human after all. Edward was the best father any child could wish for, he ran into the room so fast, as soon as he heard her tear fall down her cheek he would be in her room with a bottle of milk- which she would refuse because she was half vampire. Edward occasionally let her have some blood but we were trying desperately to get her onto normal milk. It was just...
continue reading... 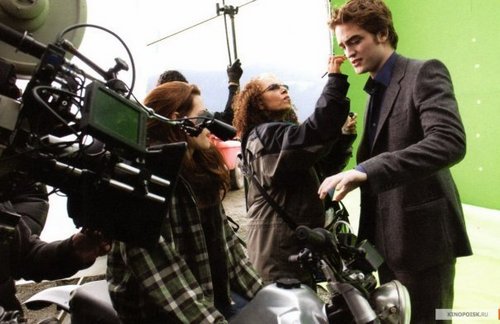 3
Behind The Scenes
added by Lucia322
Source: vkontakte.ru 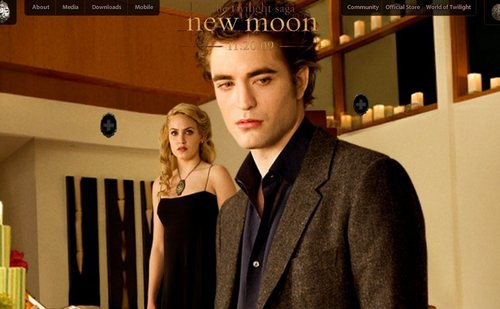 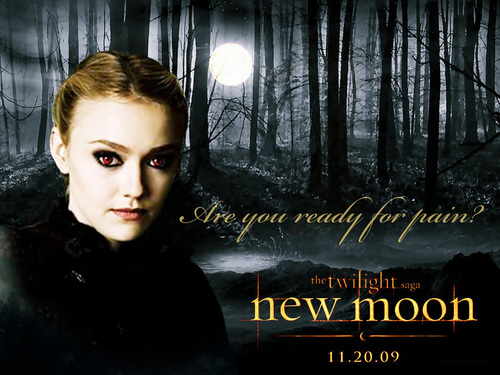 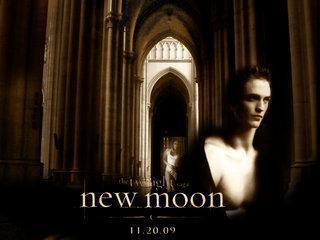 8
New Moon Fan-made Poster
added by jessie_k
Source: credit to who made it 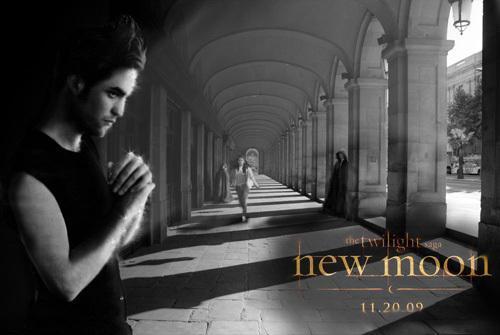 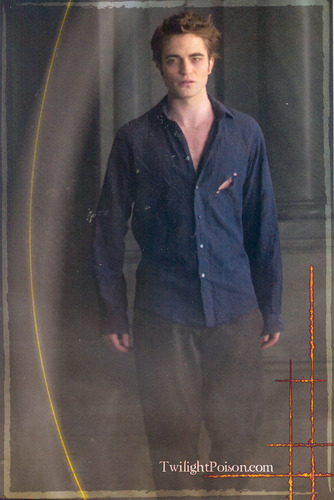 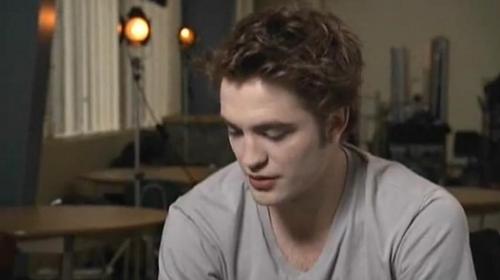