1
Dogville Q & A with Nicole
posted by SelinaKyle 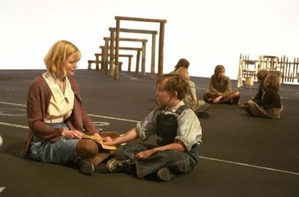 link
We recently asked you to submit your questions for Nicole around Dogville. Below are some of the featured questions with Nicole’s personal responses. Keep checking back for more Q&As with Nicole soon!

Arbi asked: How did you get into your character Grace? How did you connect to her emotionally?

Nicole: Because we were shooting in this small town called Trollhattan I think I was just emotionally charged the whole time. I kind of stayed in character, which is how Lars works in a way, he just tries to capture your emotions on camera. He had written the role for me and I think I just connected with her implicitly there was something about the way she tries to help this community and her desire to be of service and to help, that was the way in which I could connect with her.

Karina Asked: Did making this film change any aspect of yourself or your way of thinking about society?

Nicole: I think working with Lars changes the way you think about society. He challenges you on everything. We used to go hiking in the snow together and drive around in his little camper van and he would challenge me on my religion, my philosophies, my ideas about life, and I think that’s good. I think the conflict at times works because he stirs things up and he is mischievous. The thing about Lars though, is he is trying to find something authentic, he is always digging, digging, digging because he wants to find something in you that no one else has found.

Tulsa asked:  Hi Nicole, Why did you choose to do Dogville, was it because it said something about the human condition? Choice of director? Because it was a challenge?

Nicole: I choose to do Dogville because at the time I was getting offered these big American comedies, I had done Moulin Rouge, I had done The Others, I had done things what I call large films, and I wanted to go and work with Lars on something very, very small because I am huge believer in supporting the auteurs that are not necessarily financially viable. I liked the Brechtian qualities of the script and I liked how he was challenging the ideas of how we treat other human beings and what are our agendas and deep motives behind these desires to help. It was a challenge to do it, because there were no walls and there were a few props but not much, it was also very, very freeing and very liberating.

Kendal asked:  Why do you think Lars von Trier brought the 2-dimensional “chalk” dog to life at the very end of the film?

Nicole: It’s not really what I think about the two dimensional chalk dog coming to life, its his vision. With Lars, you’re becoming part of a vision so my ideas on it are not as relevant because it is not my film, I’m not the film maker, and because he is an auteur he shoots and he writes, and he edits it, he does everything, it’s very much his vision and I’m supportive of that. It’s a strong vision, and it’s a vision that challenges people, and it makes some people angry, makes some people upset, some people feel emotional, some feel sad, and I love that it conjures up deep, provocative emotions.

Satine asked: I want to ask to you what was the most challenging scene while you were shooting Dogville?

Nicole: Probably the most challenging scene in Dogville was when he put the collar around my neck. I hated it and it was terrible because when they put it on me and I had to do the chocking scene and I had to start chocking because it was too tight, it actually was too tight at one point and it was pulling and I couldn’t breathe, but because I’m chocking in the scene, everyone thought I was just acting, and when they finally called cut I said “get this off me, get this off me” I couldn’t speak, and then they realized what was actually happening. So what you see in the film was actually what happened, and it was terrifying.

Tim Good asked: What was it like working with the great Lauren Bacall on this and Birth?

Nicole: It was a joy to work with Lauren Bacall. Because of her legendary status, but also because she is a very, very smart, intellectual, wise woman, and she had so much advice. At that time in my life she was like an angel, because she came in and she gave me such guidance, and I leaned heavily on her. It was beautiful to work with her on Dogville, and then get the chance to work with her again.

Neringasur asked: What are three words you could describe your experience in participating in Dogville?

Nicole: I can’t keep it to three, but the words I would use would be; deep, provocative, emotional, challenging, liberating, intoxicating, and bizarre.
artemissy likes this 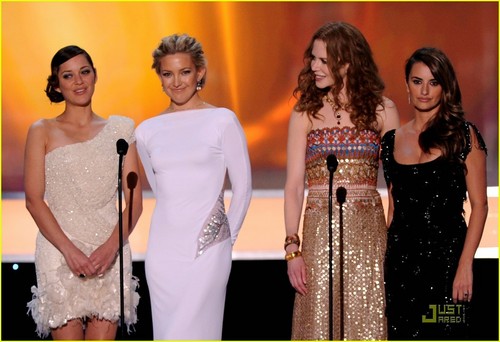 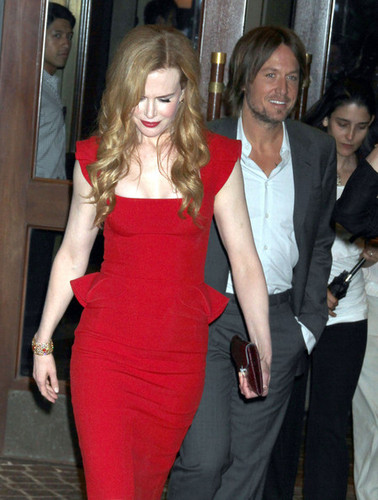 1
Nicole and Keith: Screening Of "Snow Flower And The Secret Fan"
added by nitemargarita 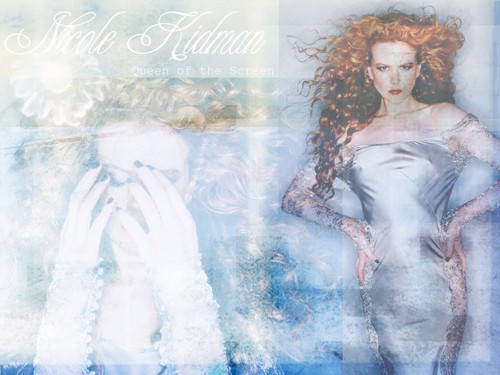 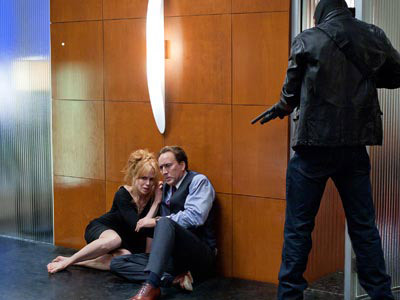 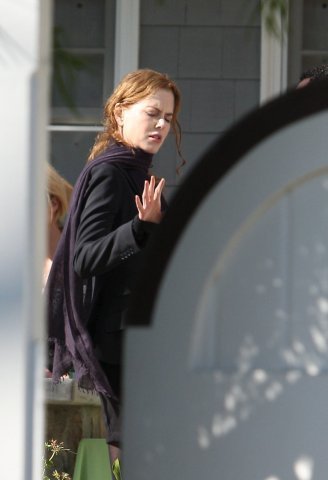 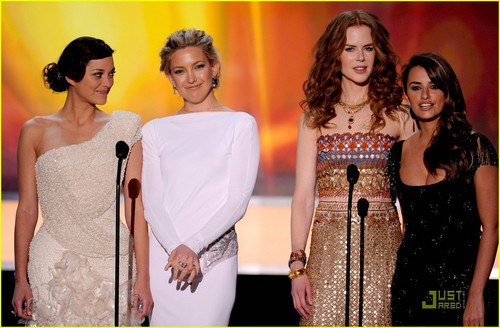 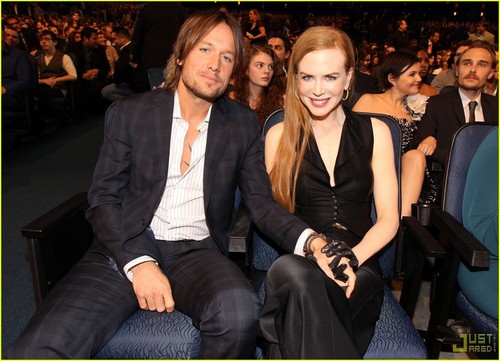 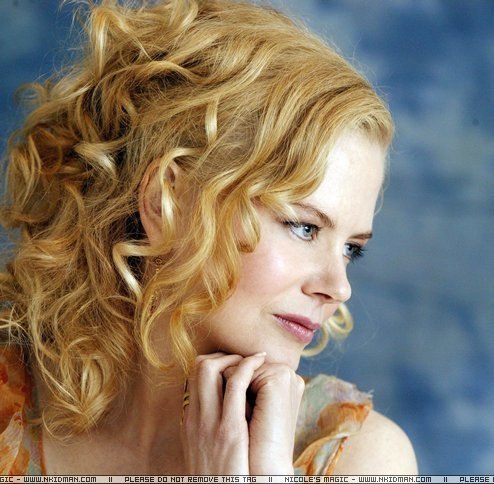 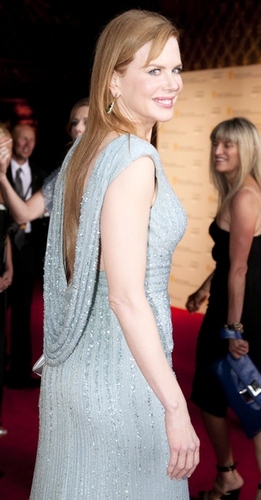 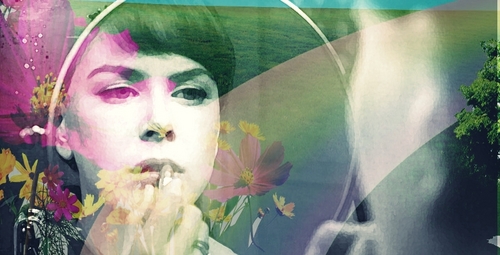 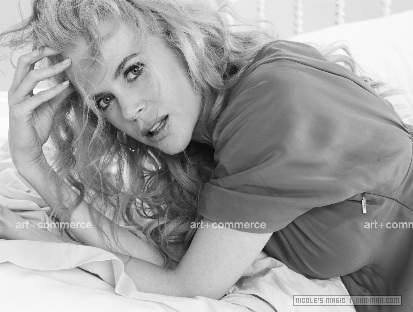 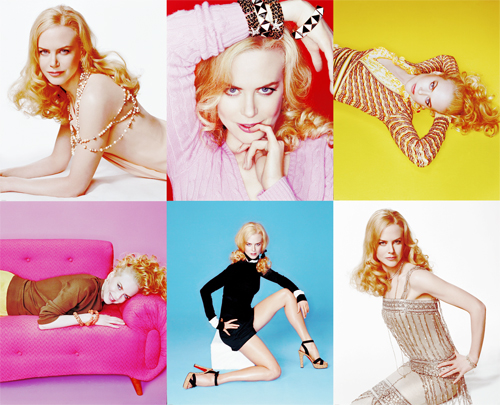 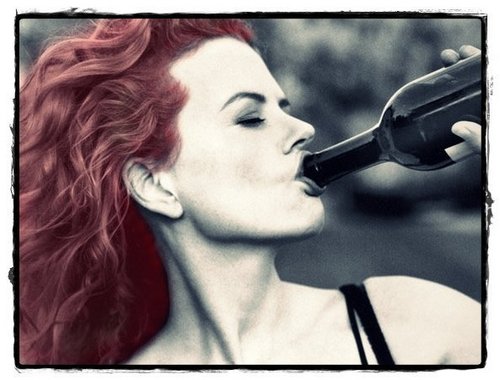 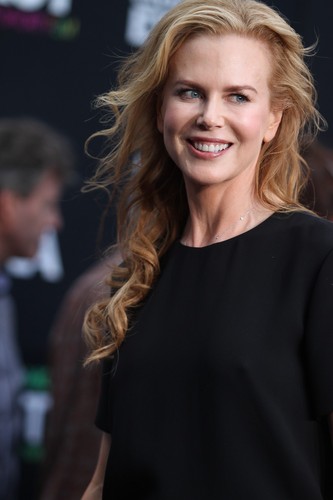 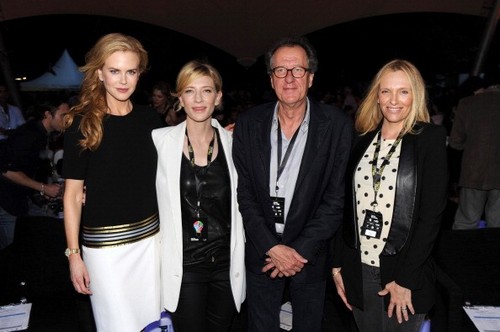 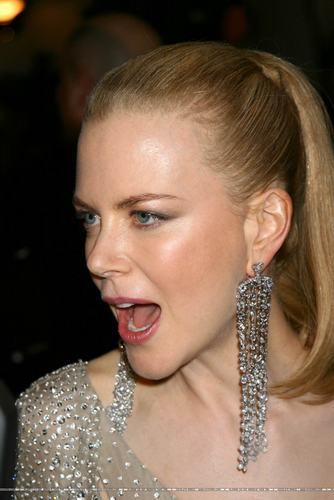