2
The Nightmare Before Christmas plot
posted by puja43
Halloween Town is a dream world filled with citizens such as deformed monsters, ghosts, ghouls, goblins,vampires, werewolves and witches. Jack Skellington ("The Pumpkin King") leads them in a frightful celebration every Halloween, but he has grown tired of the same routine year after year. Wandering in the forest outside the town center with his ghost dog, Zero, he accidentally opens a portal to "Christmas Town", Which was supposed to be the North Pole. Impressed by the feeling and style of Christmas, Jack presents his findings and his (somewhat limited) understanding of the holiday to the Halloween Town some-what understanding residents. They fail to grasp his meaning and compare everything he says to their idea of Halloween. He reluctantly decides to play along and announces that they will take over Christmas.
Jack's obsession with Christmas leads him to usurp the role of Santa Claus. Every resident is assigned a task, while Sally, a rag doll woman who is created by the town's mad scientist, begins to feel a romantic attraction towards Jack. However, when she is alone, she has a premonition of Jack's Christmas ending in disaster. Jack assigns Lock, Shock and Barrel, a trio of mischievous children, to kidnap Santa and bring him back to Halloween Town. Against Jack's wishes and largely for their amusement, the trio deliver Santa to Oogie Boogie, a gambling-addict bogeyman who plots to play a game with Santa's life at stake.
Christmas Eve arrives and Sally attempts to stop Jack with fog, but he embarks into the sky on a coffin-like sleigh pulled by skeletal reindeer, guided by the glowing nose of his ghost dog, Zero. He begins to deliver presents to children around the world, but the gifts (shrunken heads, Christmas tree-eating snakes, etc.) only terrify the recipients. Jack is believed to be an imposter attempting to disguise and impersonating Santa. The Army is alerted, and using searchlights to spot him, try to shoot the imposter down. The sleigh is shot down and Jack is presumed dead by Halloween Town's citizens, but in fact he has survived the crash, landing in a cemetery. Although he is depressed by the failure of his plan, he quickly regains his old spirit, having come up with new ideas for next Halloween, and rushes back to Halloween town.
Meanwhile, Sally attempts to free Santa, but fails and is also captured by Oogie. Jack slips into the lair and frees both Santa and Sally. Jack then confronts Oogie and avoids his traps. While Oogie tries to escape, Jack uses a single loose thread hanging from Oogies sewn rag structure to rip him open, exposing the bugs Oogie is made of. He falls apart, and with Oogie defeated, Santa reprimands Jack before setting off to deliver the right presents to the world's children. He makes snow fall over Halloween Town to show that there are no hard feelings between himself and Jack; the townspeople are confused by the snow at first, but soon begin to play happily in it. Jack follows Sally out into the graveyard after seeing the Doctor with his new creation. Jack reveals to Sally that he is highly attracted to her just as she is to him, and the movie ends as Jack and Sally kiss atop the curly hill on the graveyard with Zero looking on from afar.
NeoNightclaw19 and fishypup like this 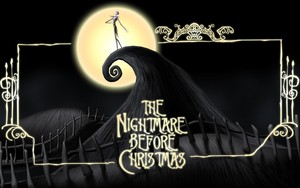 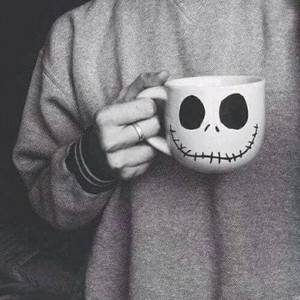 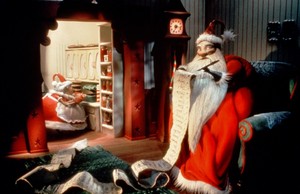 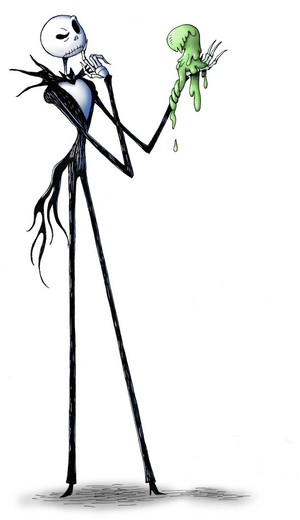 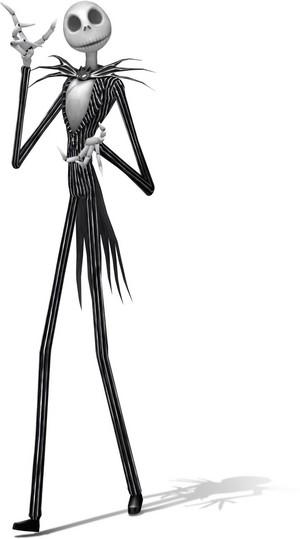 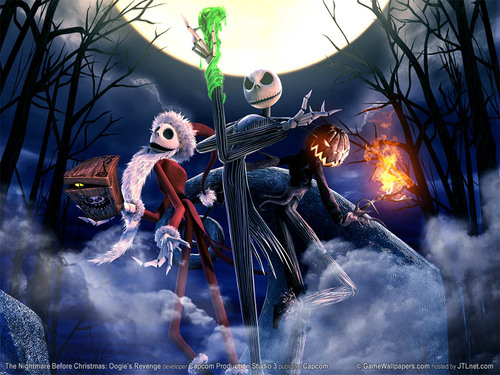 14
The Nightmare Before Christmas
added by kathiria82
Source: Tim Burton 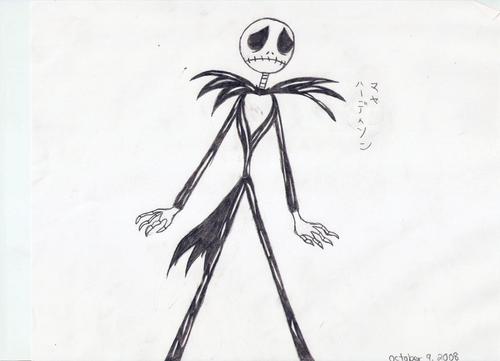 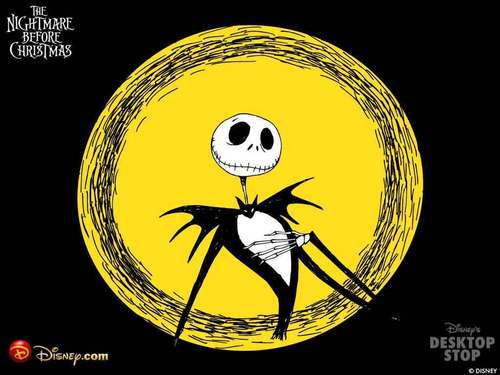 2
Nightmare Before Christmas
added by PrinceSs7 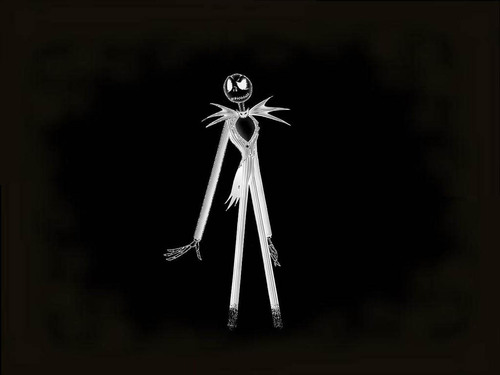 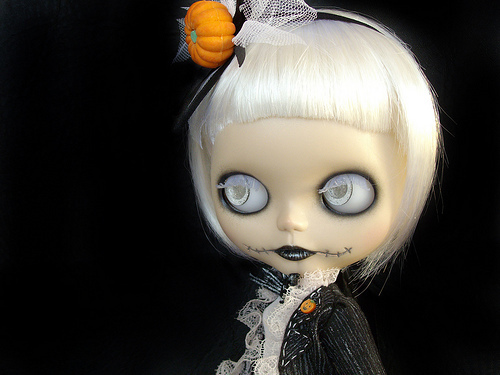 The Pumpkin Queen
added by harajukul0v3r 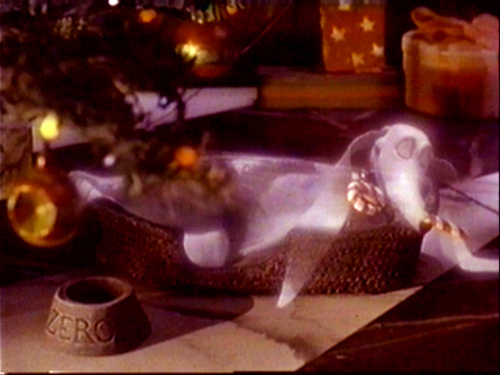 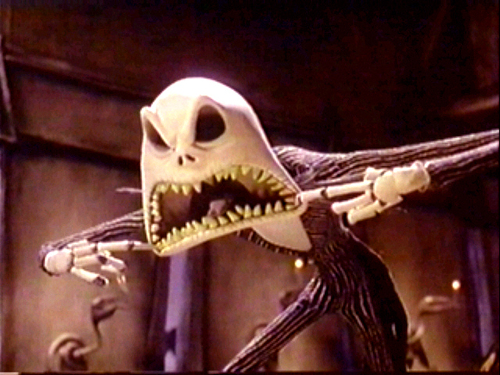 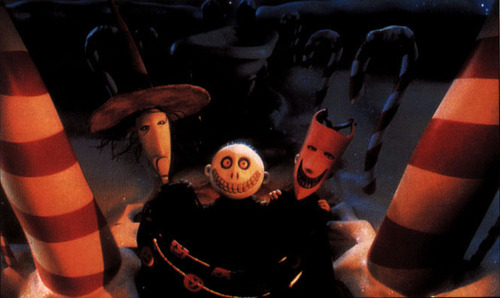 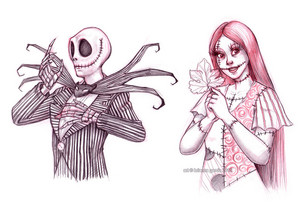 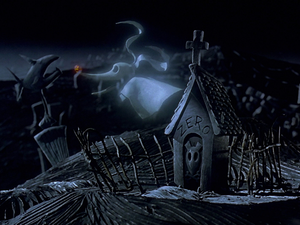 1
Nightmare Before Christmas
added by DoloresFreeman
Source: made by me 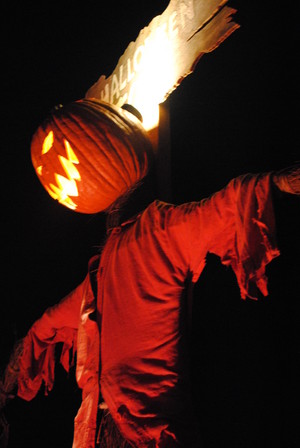