1
The adventures of the troublesome trio: The plan part 1
posted by thetscfan121
It was midnight in Halloweentown. Everyone slept peacefully, whether in a bed or upside down. But, three little misfts were wide awake, writing and fighting for details. It was Boogie's boys: Lock, who's now barely 18, Shock, being 17, and Barrel, with 16 years in his side. There they were, reunited once more in their devious mission to ruin the pumpkin king's life and of those around his black and orange crown. Lock planned the first part of the plan: eliminate his loved ones one by one. Shock planned the second part: rid him of his crown and bansh him from the town. Barrel planned the third and most cruel part (for the fans and family, of course): eliminate the King once and for all, including his only legacy: a smart skeleton girl called Samantha Skellington. Though Lock and Shock had enough enthusiasm and wit to fullfill such nightmare, Barrel didn't find the logic of this plan. His heart had changed after visiting MCU. MCU is the Mixed Creatures University, one of the youngest to go was him. Here all kinds of mixed creatures learn to use their power and control their roots. Barrel is part monster (please, ignore the logic), where, in MCU, turn into men and women of good, though with their appearance, rock halloween to it's core. He learned to forgive and try to forget in that place, and jack was no longer an enemy to him, but being pedigree creatures themselves, Shock and Lock had hate, despise (and other bad feelings) towards Jack. After what happened in the movie, they were left as they were before Oogie Boogie: orphans, with nothing but themselves and their mysterious masks that grew when they grew and shrunk to fit. Losing someone like Oogie Boogie, that gave them at least someone to bring them candy for halloween and a house where to live, was cruel, once they understood it. Barrel was furious too, but then he learned better. "Guys, this is a bad idea, what if we get caught?" "We won't get caught. It's foolproof!" Shock said, with an evil grin. "Don't be such a neurotic hamster, Barrel." Lock said, hitting barrel in the head. At dawn, the trio layed, dead-tired, over their perfectly structured plan. "Cock-a-dead-o-doo!" sung the rooster, waking the trio up. "man, I barely slept a wink last night. Where's my mask? I have a date, I mean breakfast with Elphaba." Lock said, picking up his things and waking up his siblings. "Let me go, I don't have anything with anyone until 8 at night." Barrel said sleepily. "I do." Shock added, stretching her arms and yawning. "Barrel, you gotta go to the vampire academy blood festival. You promised you'd take some videos of everything for us." Lock said, throwing a camera to Barrel's stomach. "Oof! ow." The festival, he thought. "Huh, I guess I forgot...again." he said, lowering his head. Barrel normally did everything alone. When he was a child, he didn't need to have company, because he had his brother and sister. After they all got their 13 years, they all changed drastically. They felt that emptiness that losing a family member meant. (Any fans related to this, it's all just for the story.) Now, he was alone while his other two siblings did their own things over the other side of the fence. They even had to go to different high schools because Barrel was a mixed creature. well, today wasn't any different than the rest of the 3 years he had lived in North HT. Lock left for a date with his girlfriend, and Shock was in the library doing her college homework. This summer was going to be a very long one, he thought as he ate Creepy Crawlie Cereal. At the festival, he had a little fun. He took a video of everything, from a drunk vampire kissing bats, to a kid with a volcano erupting blood and pieces of internal organs. Then it was time for the Blood dance. The dancers had practiced for an entire year, and they did real good. Especially with Phaedra's special effects, it all was the perfect finale for a long festival. "Phaedra, that was amazing! The red lights booming at every drum beat, the red colored rain that fell over them, the red sparks that shooted over the audience was so cool! How'd you do that?" "Well, I guess it was all very magical right?". At the Twilight cafe, Phaedra and Barrel spoke about jack. "He is the awesomest at halloween. He always leaves his soul in what he does." "Yeah. Hey, did you ever hear of the story about the day he almost ruined Christmas for the human world?" "No, maybe I was asleep. I've never had the conviction to hear my grandpa's stories." "Ok, it all started..."

Meanwhile, Lock was home re-reading the plan and things they needed. "Do you think Barrel won't rat us out? He doesn't seem very happy with his part of the plan." "Relax, if he wants to tell Jack, we just threaten him with Phaedra. He loves her too much to mean her harm." Shock thought about this a while. She loved her brother, but the taste of revenge was too sweet to be left on one side. Meanwhile, now that it's 8, Barrel is having a blast with Elphaba and Phaedra. "...and then he said "well, that's good, because my goat just ate your spider!" "hahahahaha! Thats funny, Elphie!" "Don't call me Elphie." Elphaba said angrily, pointing her wand towards Barrels neck. "Calm down, Ella, he didn't know." "Then he better remember from now on if he knows whats good for him." Elphaba put her wand in her pocket. "Um,hey look, snake and spider stew!" "Barrel!" "Ok, I'm leaving." "What's wrong with the stew?" Ella said. "Time for you to go, bye Barrel." Phaedra said, in a very serious tone. "Ok, by, Phae." Barrel tried to kiss her, but she backed away. He immediately got the message. "I love you." "I love you too, bye." Phaedra had to push barrel out of the house. "It's not polite to make him leave the house like that!" Elphaba scolded Phaedra for her behavior. "His adoptive father invented that stew." "So?" "Oogie Boogie was his adoptive father, and he doesn't want anything to do with him now." "Who is Oogie boogers?" "Boogie, and find out for yourself, it's top secret." "Phaedra!" "No."

In the trio's house, they revised the plan... again. "Sally has a break to tend her flower garden at 5. Now, Shock will go dressed as an old lady and have her chatting. She always has a bottle of water next to her, so Barrel will poison her. When she dies, we get the cadaver and hide it home." "Why? If she's dead, she'll stink." "We'll keep her a while, burying her immediately after takes too much time. Finally, Oogie gets his revenge.Ok, guys, let's get some shut eye. Have sweet nightmares, you two." Lock said. Shock kissed his two brothers good night and left for her room. Barrel went to his bed. He still didn't find the logic, but he had to follow...
The end
fishypup likes this 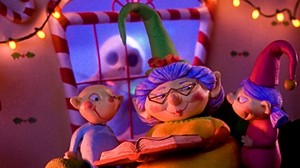 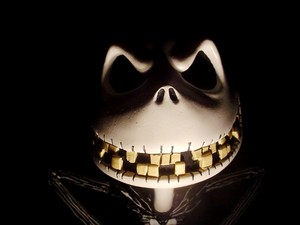 [SHOCK]
Jack said we should work together
Three of a kind

Kidnap the Sandy Claws, lock him up real tight
Throw away the key and then
Turn off all the lights

[SHOCK]
First, we're going to set some bait
Inside a nasty trap and wait
When he comes a-sniffing we will
Snap the trap and close the gate

What's this?
The streets are lined with
Little creatures laughing
Everybody seems so happy
Have I possibly gone daffy?
What is this?
What's this? 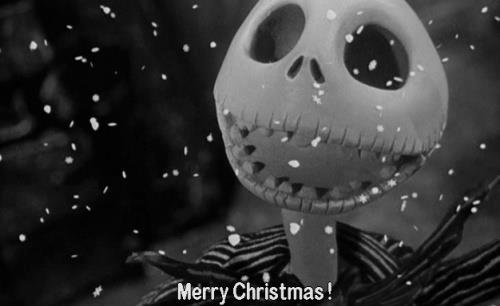 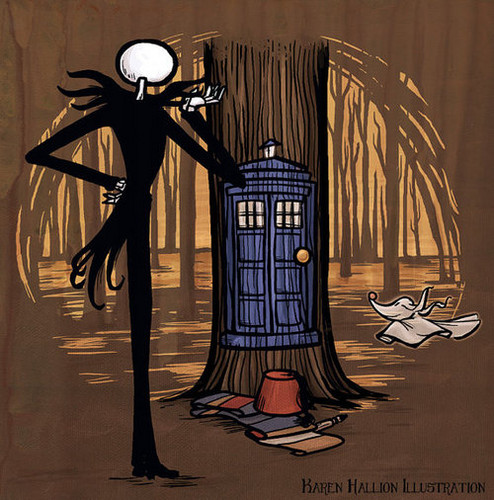