8
Fan Fiction: Holiday Havoc!
posted by Genius_626
Hey guys xD I've always thought of what would happen if Jack and Sally had offspring, so here is my version if you like that kind of stuff!

Dad always gets excited when the first few snowflakes fall from the sky. My brothers always hurry to the window. Mom is always the calmest and took her time while taking one last look at the close-to-boiling cabbage stew before joining the family to gaze at the dark Christmas night.

Right now would be the perfect opportunity to leave without them noticing---but then Danny heard my slipper meet the first step.
“Come on, Gretch, soup’s on.”
I turned my head slightly just to say, “Not for ten more minutes, Dan. I’ll be right back, okay?”
He joked around, like all brothers do. “Don’t leave me!” he smiled, thinking he was funny, but he was just giving me more attention.
“Good-bye,” I said.
“Then I’ll come with.”
“Okay then.”
Once he finally understood why I was leaving, our dad—well, he didn’t quite catch on, but he knew we were up to something—used his bone fingers (that I sadly did not inherit) to hook them to the back of our clothes.
“Hold your horses, kids. It’s Christmas time!” He was a monstrous tower above us, bending down to meet our eyes. The Pumpkin King certainly cannot get it around his skull that not everyone (me) cares so much about Christmas—have I ever told him that directly? Well, no. Have you ever seen him disappointed? How would that make him feel if his only daughter told him she hates Christmas? His neck would be the shape of a candy cane for weeks.
My brother and I never fuss when our father twirls us around by his hooks—we just glow with the flow at this point.
“Christmas is just like every other day, dad…except that laundry detergent falls from the sky.”
I knew my brothers would laugh—even mom smirked at me, but dad looked at me funny.
“Gretchen, that’s not laundry detergent,” he said, straightening up to his full height.
“I know--”
“That’s snow!”
“Thank you, captain obvious.”
My brothers laughed even harder. I almost broke my straight face, too.
“Gretchen.”
“Christmas is—Christmas is--” I was really gonna say it too, but out of the corner of my eye, I saw mom switching the stove off.
“Honey,” my mom warned, covering the pot of stew.
“—Jolly.”
“It is, isn’t it?” she said. “Christmas is like extended family night.”
“Kind of,” dad said.
“But we don’t make anyone join in if they don’t want to, right?”
“Well, no, but--”
“Gretchen and Daniel can be in their room until the cabbage is cool enough.”
The room was silent for just a moment, right before Danny, dad and I all said, “Fine” at once.

Then it was back to normal, the rest of my siblings laughing until Cal falls off his chair.

By this time my parents rush to my older brother to check on the back of his head (where it’s been cracked quite a few times), Danny and I take this with a grain of salt and hurry to our room. I’d love to slide down our staircase one day. I wish you could see it—steps are wooden that creek and the rails are made of thin but sturdy gray metal that twists and curves all the way down to my floor. Our house isn’t huge, but freakishly tall, our staircases elaborate. The only stairs I’ve never been on is to my dad’s work place. I’ve been told it’s the tallest, coolest room in the whole house, and when Danny and I turn 13 we’ll be old enough to go in there (don’t ask me, it’s a coming of age tradition, which I kind of enjoy).
Our room is at the very bottom of the house. Danny and I have our own little brick hallway that is just awesome. It carries echoes really well, so when I feel like eavesdropping I can very easily do so.

“You know, Sally,” dad said turning away from the boys and more to the stew, “We schedule family nights. It’s not like everyone miraculously wants to do the same thing.”
There was a pause, so I’m assuming that mom was taste testing the cabbage when dad was talking.
She replied, “But everyone likes family night.”
I see dad turning away from her and staring blankly at the stairs.
“Not everyone.”
“Well, Gretchen is different. She needs time to think.”
I presume my brothers heard my name and decided to spontaneously chime into the conversation.
“About what?” Jeremy asked. “What is wrong with her?”
Thanks, I thought.
Q tried answering the question, but just made it worse.
“Gretch is just trying to deal with being a social outcast at school. She also has to come home to us, so…”
“Q!” mom and dad said together, the boys bursting with laughter.
“What?”
“I think,” Calvin said, famous for his extremely likely hypothesis, “our baby sister is plotting the best world take-over Halloween Town has ever known!”
Over the roaring sound of chortles and guffaws, the last sibling scolded all of them. “You guys are idiots.”
And he’s the oldest.
Zeeb paused until he had everyone’s attention. “Gretchen just hates Christmas.”

Silence—see? My brothers are never silent.

Danny caught me listening in—well not anymore since no one said a thing—but anyhow he took my shoulder.
“Do you want the report or not?”
I kinda stood there. I stared blankly at the stone floor. You know, I should be allowed to dislike Christmas. There’s no law saying I can’t but why do I feel so guilty?
“You’re not doing anything wrong,” my brother told me, reading my mind.
“Okay,” I said.
We went into our room. Danny had already made our secret drawer revolve to reveal Tanith and Tape with their tiny projector.
Tanith is Danny’s pet bat and Tape’s my rat, but don’t tell. We haven’t informed our parents yet because Calvin is deathly afraid of rodents and Tanith is just a trouble maker.
“What didya girls find today?” Danny asked joyfully.
Tanith squeaked and flew to his head with her camera anklet, shaking it in his face.
“Alright, alright, I’m on it,” he chuckled.
Meanwhile, Tape jumped from the secret top drawer to my desk, then scurried up to my shoulder.
Because of good genetics, Danny’s fingers were perfect for activating Tanith’s microscopic camlet, I like to call it. He finally pressed the button that made the projector flash in our faces and turned around to see our blank gray wall turn into the very heart of the forest—it was dark, it was desolate, it was absolutely indescribably amazing! The trees touched the sky they were so tall, the soil looked so hard and smooth, the dead grass so old, and the atmosphere was as quite as a dead man’s grave—except for a little squeak from Tanith once in a while. Even that was cool because she made this huge echo with one little tiny squeak.
I am (and probably never will be) allowed to go in there especially to search. I was told my feet would fall off before I’d get to the end, but I feel like something is out there for me to find. Something they’ve been hiding from me—like my destiny!
Just when the light hit a certain area of the forest, we heard all the boys hollering our names. This was not a good sign.
“Danny! Gretchen!”
“SOUP IS ON!!”
“Gretchy! Daniel!!”
“We’re goin’ down!”
In a panic, I grabbed Tape and put him back in the shelf. I started to feel the herd of Skellingtons get closer. Danny struggled to switch the camlet off, but right when the projection disappeared, his bat took it and hurled herself into the secret shelf while me and Danny, with lightening speed, put it back to the way it was.
We both forgot that our door was locked, so when our brothers came to carry us back up the living room, we frantically switched the lock open before they get any brilliant ideas to break the door to get in.
Like usual, I let Q and Calvin take me. One time I tried defending myself, Calvin ripped my hand clean off my arm, and I still can’t sew very well yet. Danny jumped as high as he could and hung on a window pane until Jeremy decided it would be fun to climb his little brother.
“You know, its fun until someone’s limb is ripped off,” Zeeb warned.
“Yeah ri--”
And that was the last of Jeremy’s doubt heard by all before the sound of a bone popped out of the socket.

This is the end of the first chapter, but before I leave you to wonder what happens next, I’ll tell you a little about myself—like I’ll do after every chapter with each character in my story, K?

As you have found out, I am Gretchen Skellington, the narrator of my own life—and not to mention the only daughter of the Pumpkin King, and because of this I’ve been told how much I act like him from a lotta folks in town.
That’s the only complement people can make on the spot for me since I am the spitting image of my mother, which isn’t a problem anymore.
See, I ended up with almost the same features, stitches, and un-coordination, as mom (except that my feet are really really pigeon-toed). My dress is made of different designs, though, and I decided to cut my hair one day because it was too long to handle.
I knew it wouldn’t grow back, but hey, I think it says “Gretchen is comin’ to town!” That could totally be a song.

Catch ya laterGretchen S.
Bluekait, thetscfan121 and 6 others like this
pumpkinqueen I loved it, I hope you write more.
Genius_626 Gee thanks
timeandfate It's cool :)
Loli-Chan cool i like it! There's more right?
ggurl2397 WRITE MORE
mariahangela awesome job I hope you write more.
Sallytheragdoll BEST STORY EVER!!!!!
jazzscarb that was awsome!
tonette12 OMG I love your story !!!!!!!!!
thetscfan121 I like it. its cool. I tried doing that, and its harder than I thought. I prefer writing about the serengeti club, which unfortunately no one knows about!
TIS7878 THIS WAS GREAT
minniemandy1fan nice
Lulu_Kururugi Cool story
ZillaRxs I loved it! 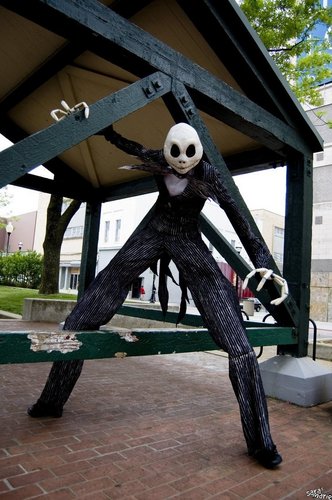 14
Marilyn Manson, This is Halloween
added by iheartadam2
I love this song, and Marilyn makes it pretty well
video 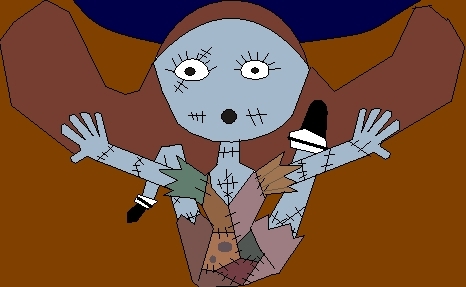 sally falls in a hole
added by InvaderCynder 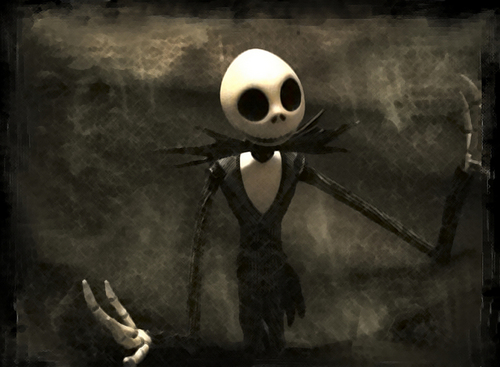 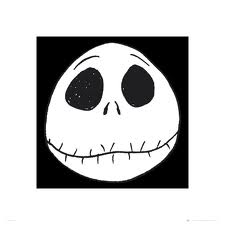 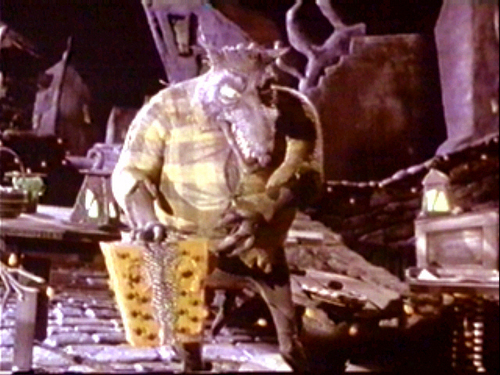 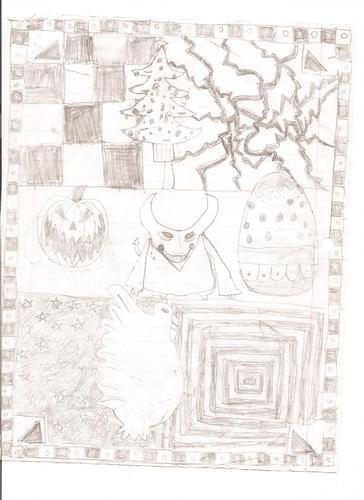 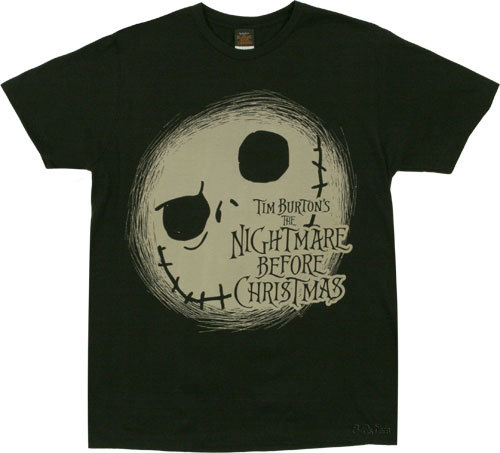 2
Nightmare Before Christmas
added by syaantjuh 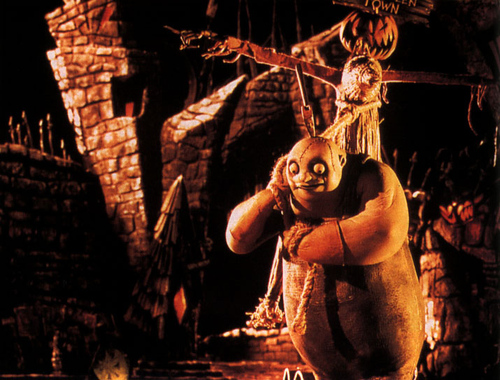 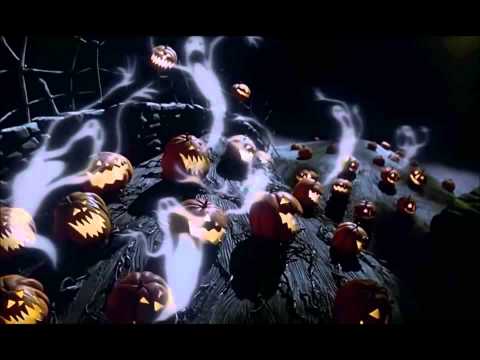 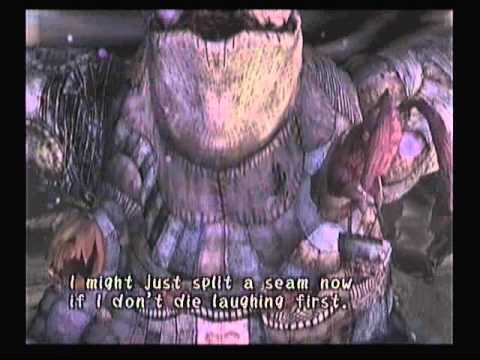 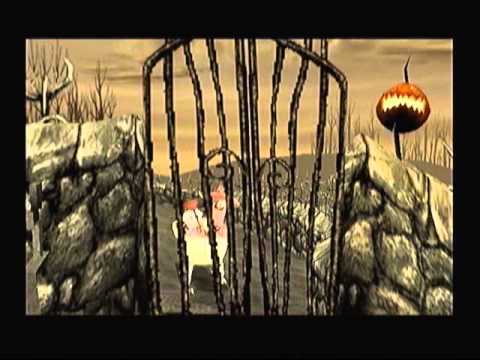 9
panic! at the disco - this is halloween
added by frylock243
video
nightmare before christmas
halloween
song

3
This is Halloween Danny Elfman Demo Song
added by pumpkinqueen
If anybody says Danny Elfman has a bad voice or is a bad composer I'm punching right in the face.
video
jack
song
halloween
danny
elfman